I remember working on a congressional campaign during the 2000 election and how the entire vibe of the national campaign changed when Democratic governor Mel Carnahan died in a plane crash just weeks before the election. I remember how his memorial service turned into a political event, with Al Gore and Bill Clinton arriving in Missouri to eulogize their friend. Sometimes, deaths of prominent politicians happen in election years and they can end up changing the dynamic of the race. For Al Gore, it didn’t work out so well. But it felt different yesterday when the late John Lewis was brought home to Georgia for his funeral service. Joe Biden paid his respects to his friend and colleague in Washington, but the big names came out to Atlanta for the funeral: Nancy Pelosi, Bill Clinton, George W. Bush and Barack Obama.

Part of me believes that Bush likes popping up at these funerals just because he likes hanging out with Bill Clinton and Barack Obama. Bush’s eulogy was very Bushy – folksy, religious, personal, patriotic.

Here’s Nancy Pelosi’s speech. When she broke, I broke. She and Mr. Lewis were exceptionally close.

Bill Clinton got in trouble (on my timeline) for suggesting that John Lewis’s nonviolent resistance “won” versus Stokely Carmichael’s black-power revolution. It’s a debate between Malcolm X versus MLK.

Anyway, here was the eulogy everyone wanted to see – John Lewis got to pass the torch of the Civil Rights Movement to the next generation, America’s first black president. Barack Obama’s ability to casually drop his natural wonky, professorial vibe to take America to church is something really special.

Just the sheer fact that for 40 minutes, America got to pretend that this elegant, incredible man was our president again was a gift. Donald Trump didn’t respect John Lewis and didn’t care enough to show up and no one cared. So Obama got to be president again. And President Obama told us that he would not be standing there today if not for John Lewis. He told us to abolish the filibuster if that’s what it takes to get voting rights for every American. He called the filibuster a “relic of Jim Crow.” He called John Lewis a Founding Father of America. 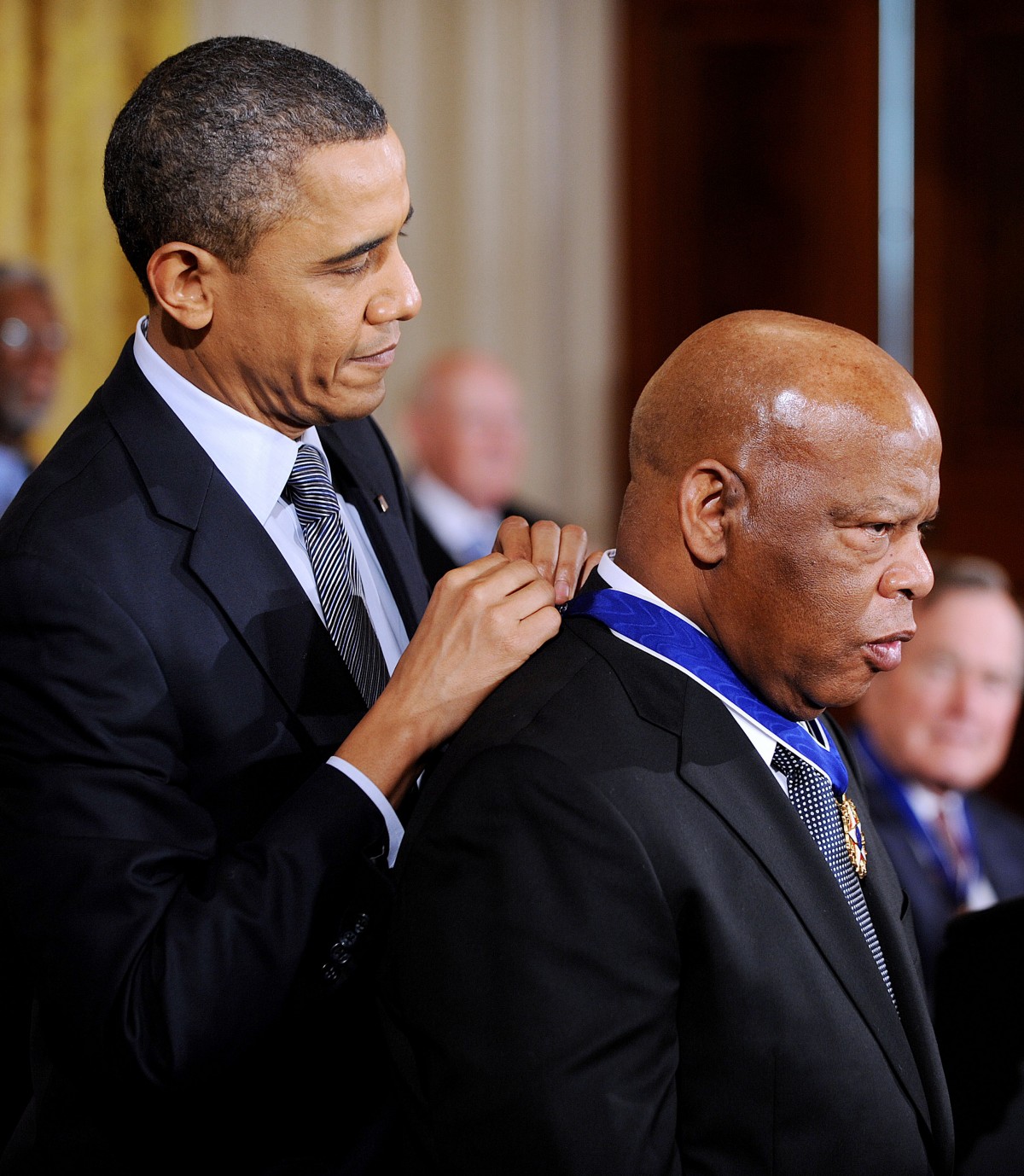 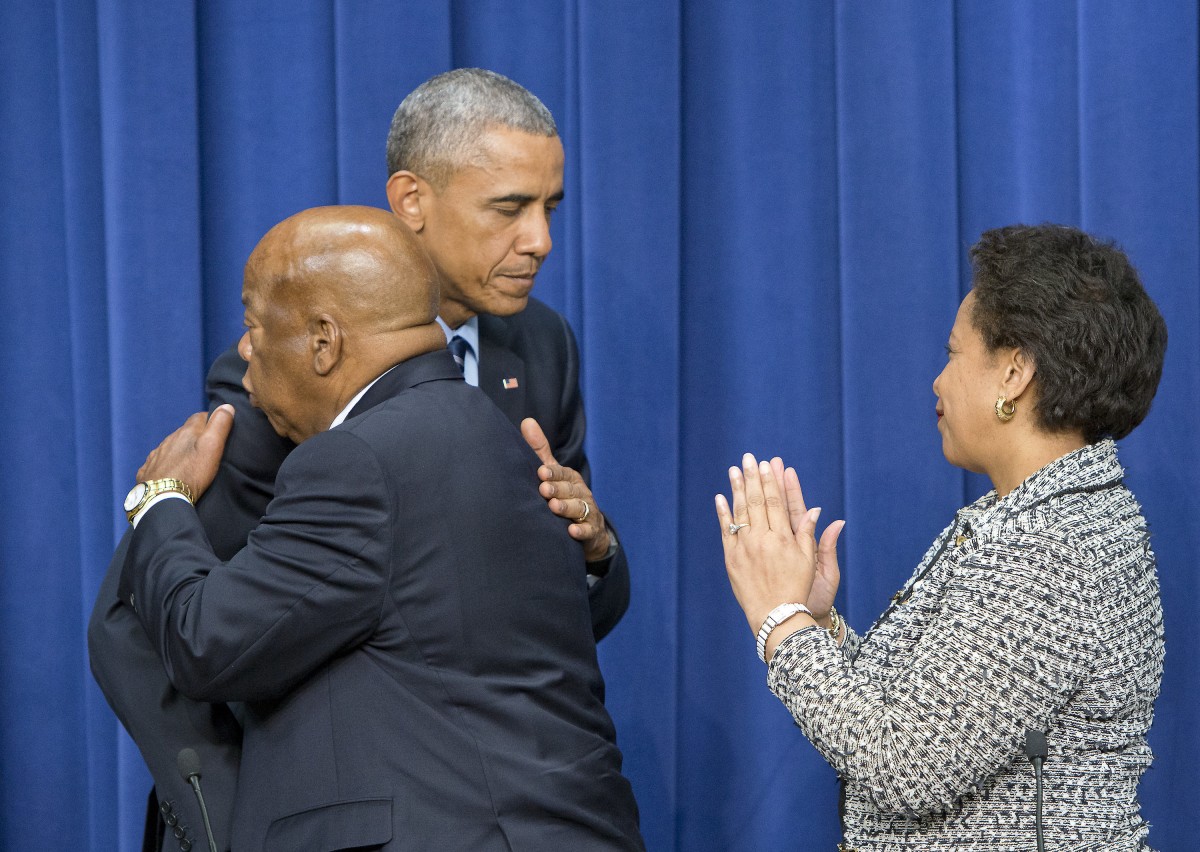 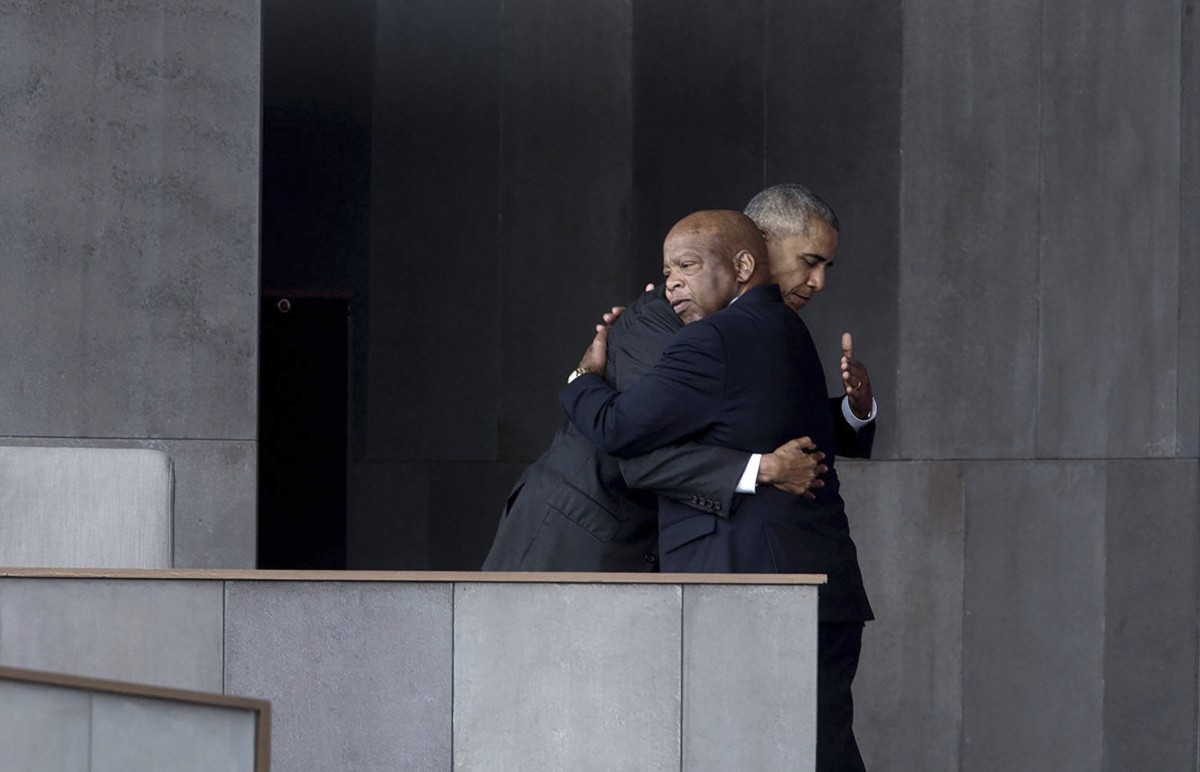 Photos courtesy of Getty and Avalon.red