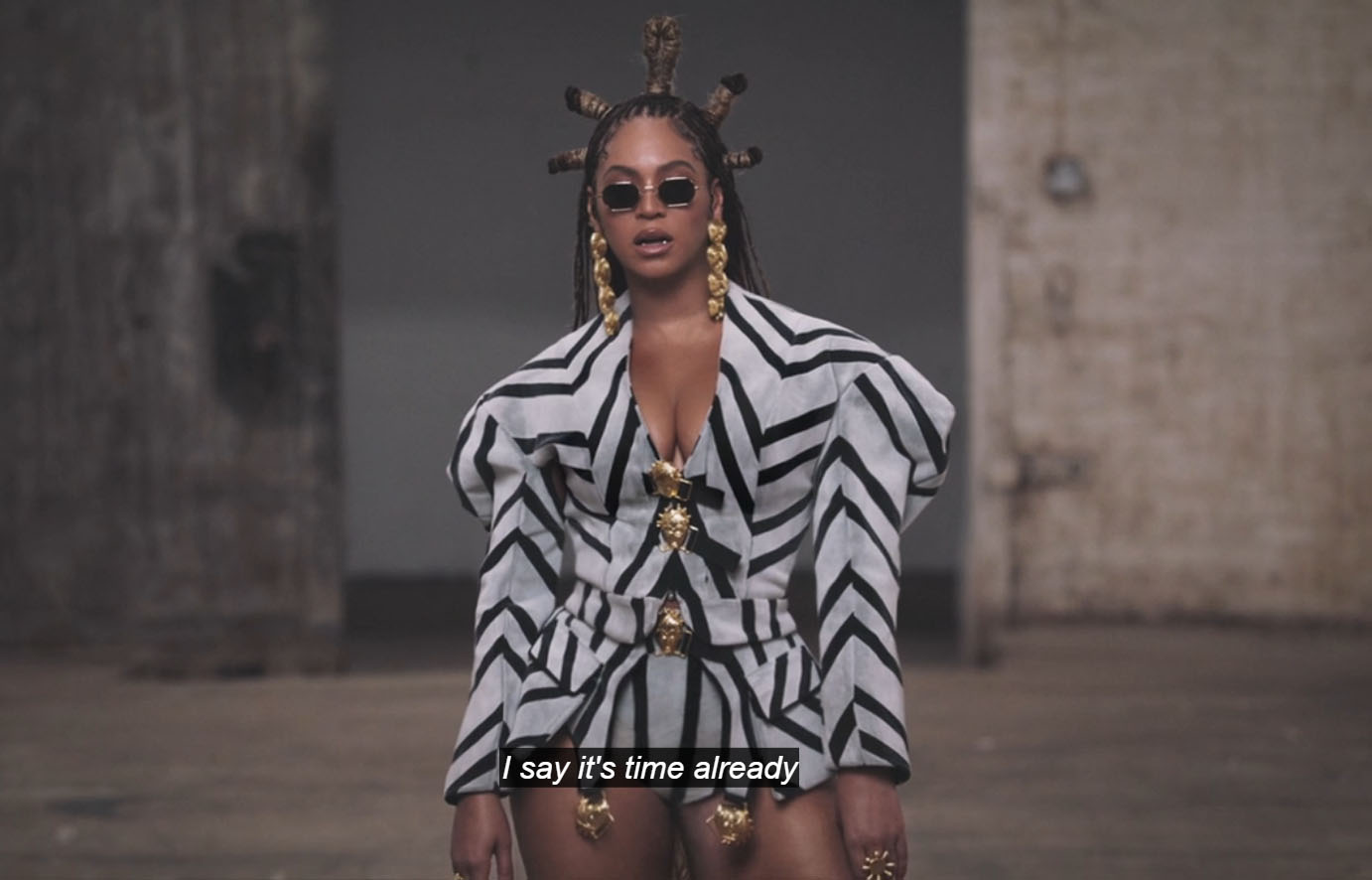 Queen Bey has been using her art to disrupt the world since she dropped Lemonade’s visual album back in 2016. She followed that with Homecoming on Netflix in April, 2019. This weekend, she gave all black and brown boys and girls life with her Disney+ release, Black is King. Black is King is a visual album that reimagines the journey of Lion King’s Simba by taking us on a little boy’s journey of self discovery. But not of just himself but of his culture and his people.

The mixing of Afrobeats throughout the album gave me life and “Brown Skin Girl” literally made me tear up. But I will get to the cultural moments in that visual in another article.

First, I want to focus on how Beyonce conveyed a message through the exceptional fashion celebrating the diaspora throughout. Bey wore several well known designers of Europe, but what impressed me the most were the smaller and less known fashion labels helmed by black or African designers. There was even one created by a Kosovian designer as well that I absolutely loved.

Beyonce slayed me with the black and white striped number (above) with gold hardware created by Ivorian American designer Loza Maleombho. Bey rocked this outfit in bantu knots and cornrows she wiggled to “Already.” I couldn’t help but wiggle with her because I love Afrobeats. 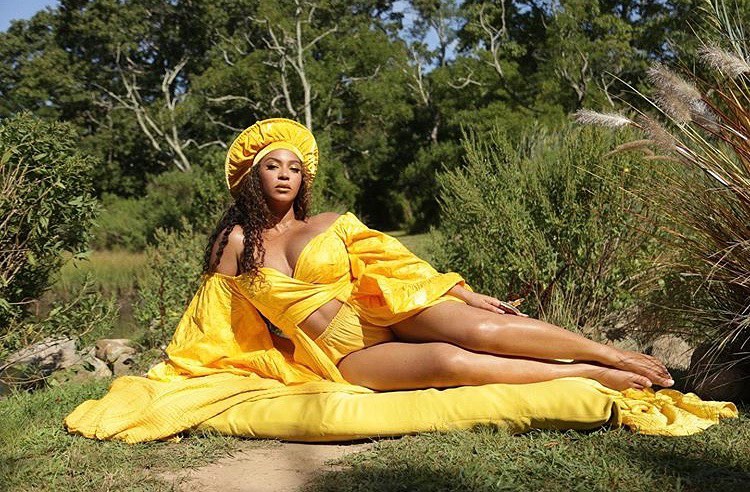 Beyonce gave me goddess vibes when she channeled Oshun throughout, a Yoruba Orisha (goddess) of the sweetwaters. Oshun is represented by yellow, pink and green. The above yellow frock by Senegalese designer Adama Paris was a major nod to the goddess. 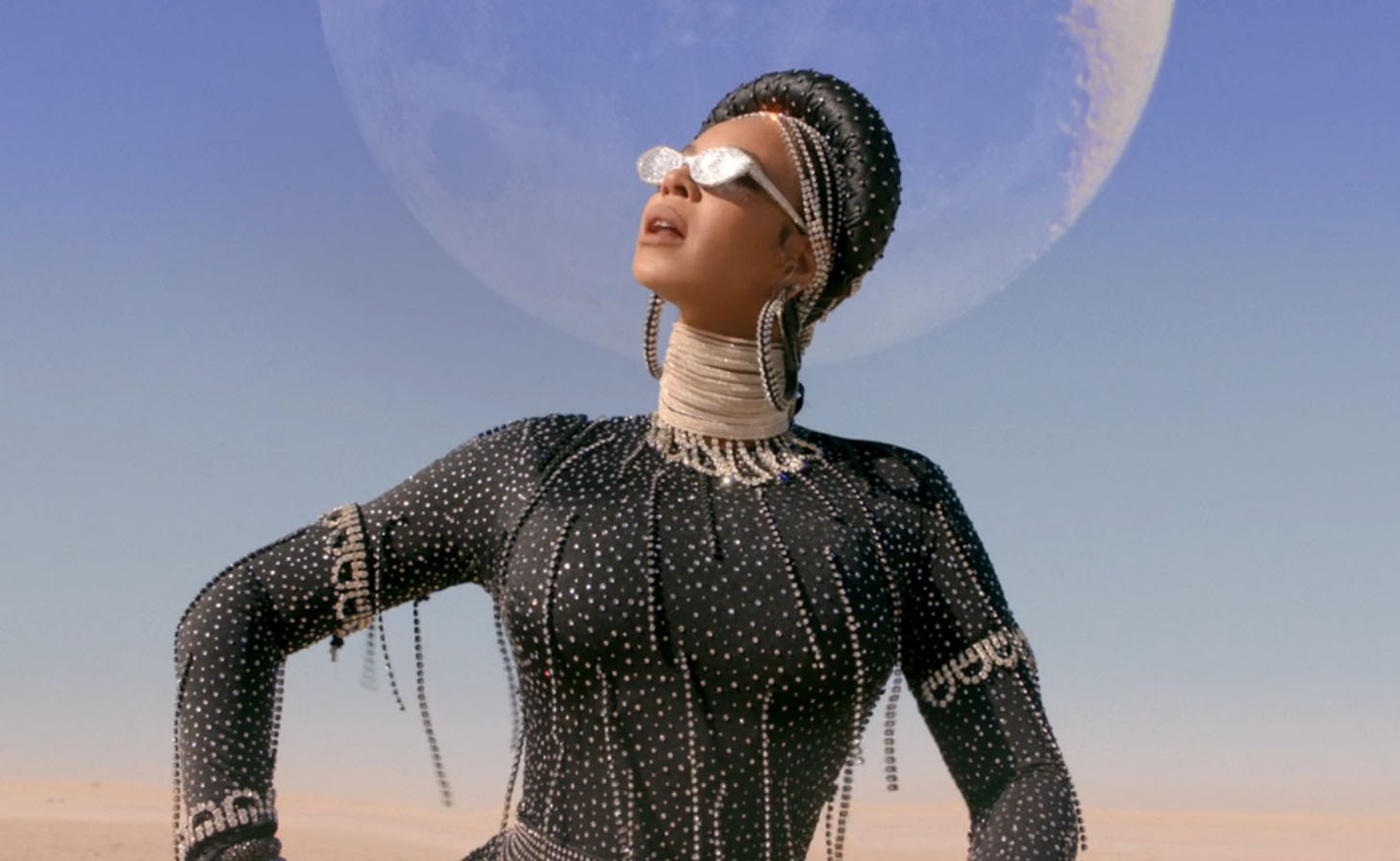 Then Bey decided she was going to snatch our wigs as she rolled in desert sands in this sparkly number by African American designer Destiney Bleu, famously known for her crystal embellished pieces and for suing Khloe Kardashian for knocking off her work. Bleu got her validation when her design was featured in Black is King. 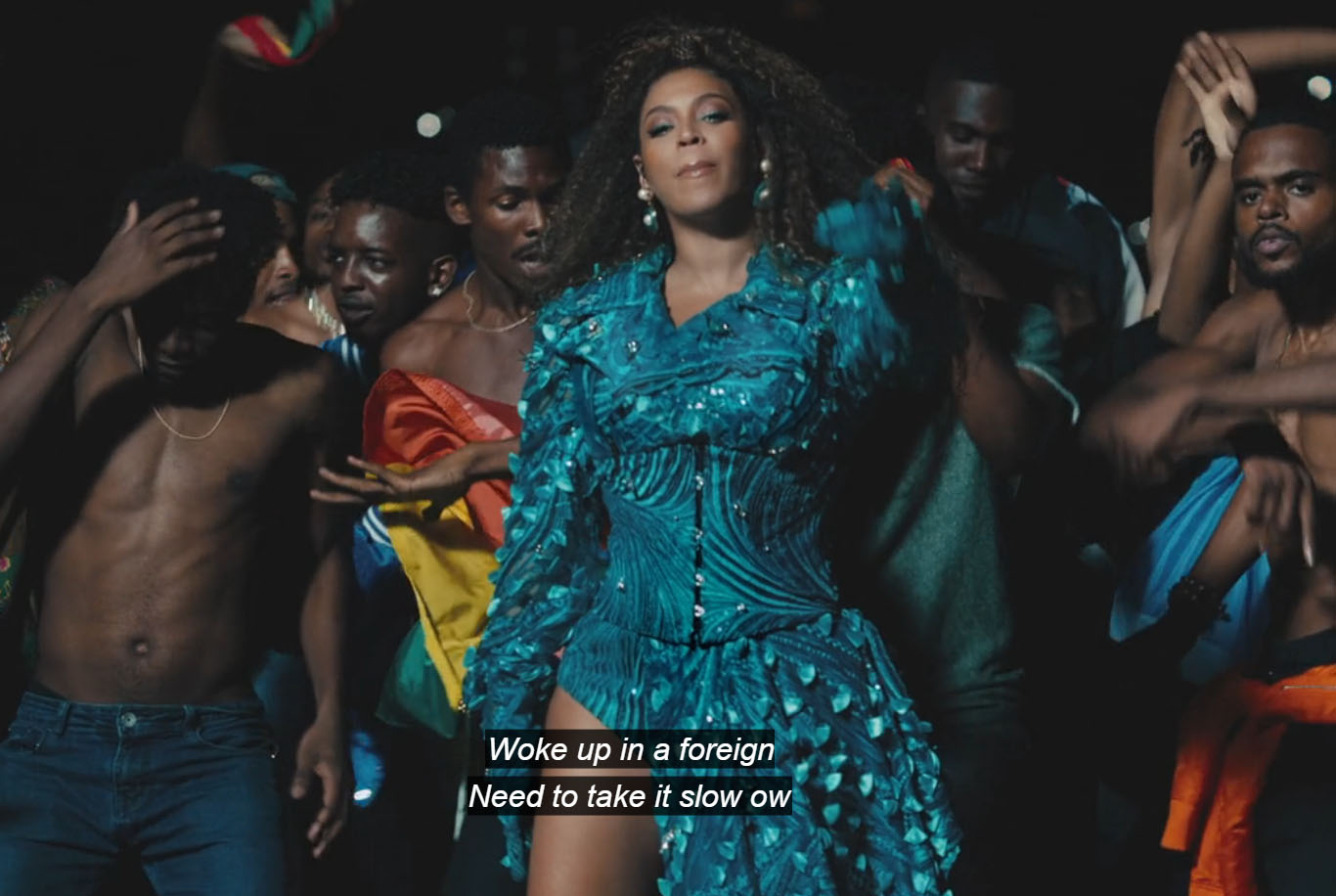 Then the Queen decided she was going to give us water in this afro-futuristic high slit corseted blue number by African-American designer Jerome LaMaar of 531jerome. It makes her look like a moving ocean which I am sure was the aesthetic she was going for. 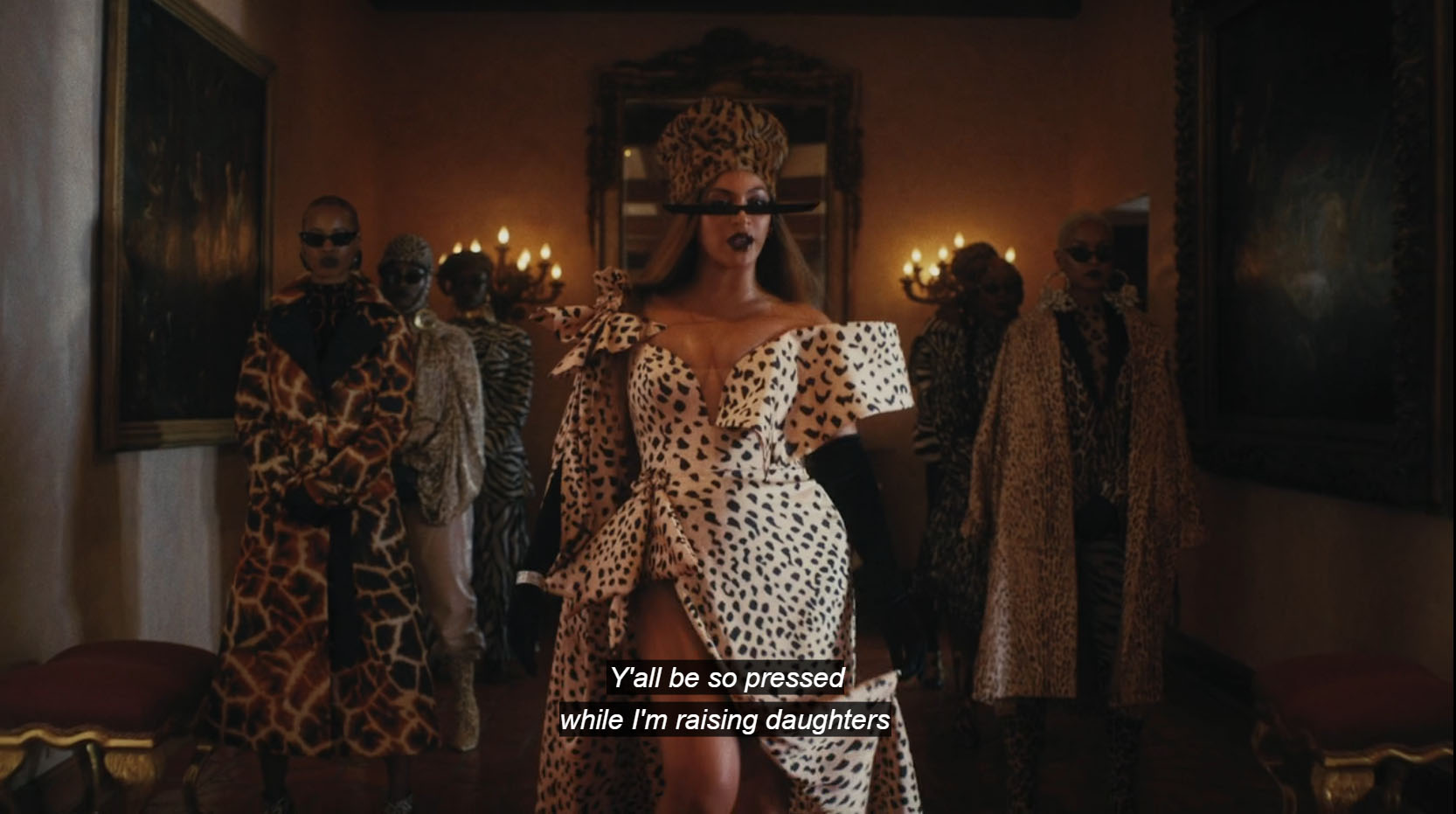 Finally, Beyonce gave us Amazonian Queen in this Kosovian designer Kutja Meri cheetah print off-the-shoulder number custom made with Beyonce’s signature high slit. Despite not being of African descent, Kutja captured the essence of blackness in this stunning outfit. It was a masterpiece that gave me my forever mood and I can’t unsee it.

Needless to say, Black is King invigorated most of my senses with sound, emotion, and visuals. I can see the vision these artists have for the future and it is bright and filled with badass fashion. 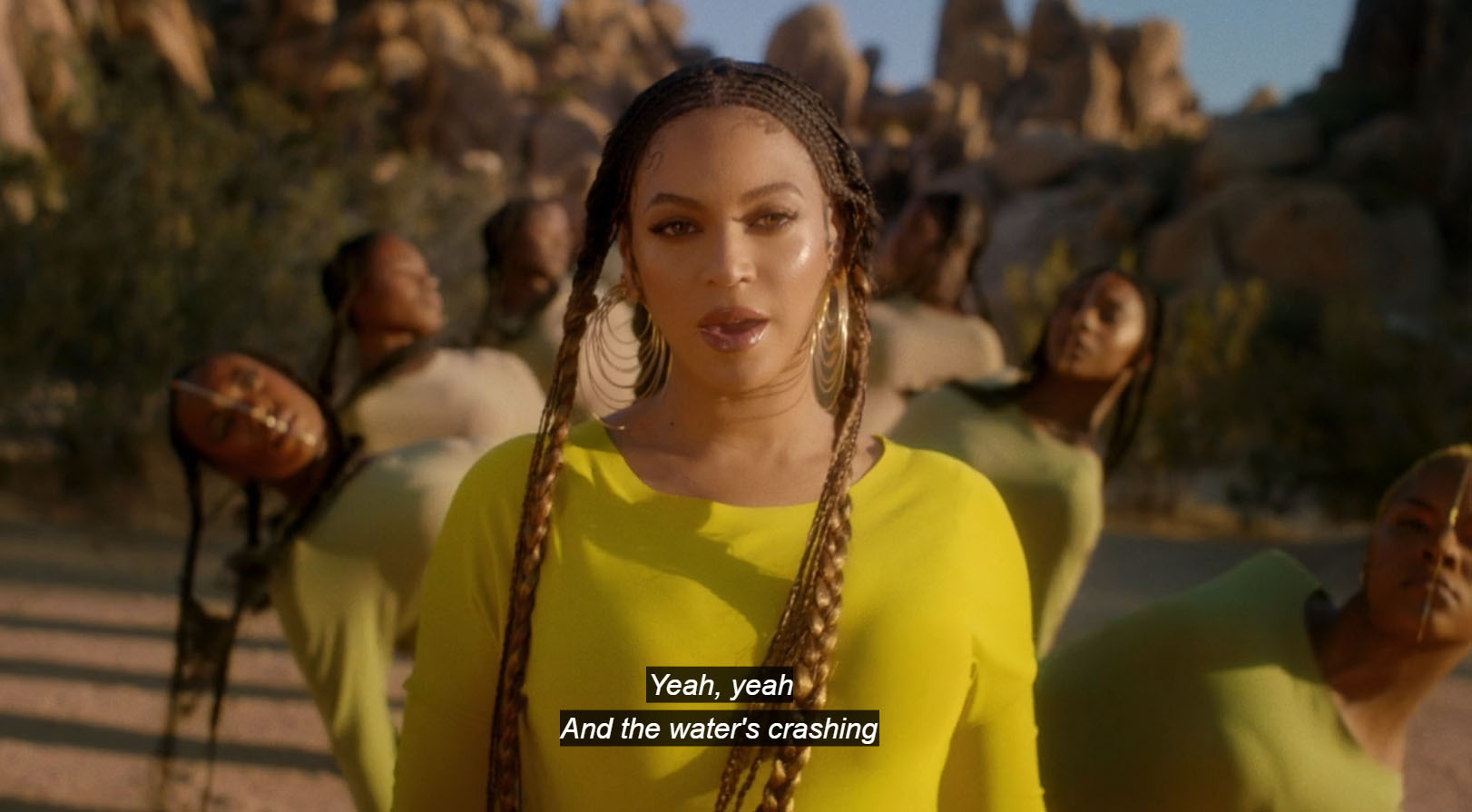 BLACK IS KING . PERIOD. BEAUTIFUL. TEXTURED. COMPLEX. I DO THE MOST EVERY TIME BECAUSE I AM TIRED OF THE MUNDANE… I'M BRINGING BACK THE MAGIC. #BLACKISKING #beyonce #beyhive #disney

Bey Dazzled to the Max! 🤯 Beyonce and friends in @dbleudazzled ✨👯‍♀️✨ Thank you @ZerinaAkers 🖤 You are truly a creative genius, you’ve changed my life more times than I can count. ✨ #BlackIsKing

Thanks to The Cut for identifying and featuring Beyonce’s designers! Photos are screenshots from Black is King and via Instagram