Cardi B: ‘I made the choices that I did at the time because I had very limited options’ 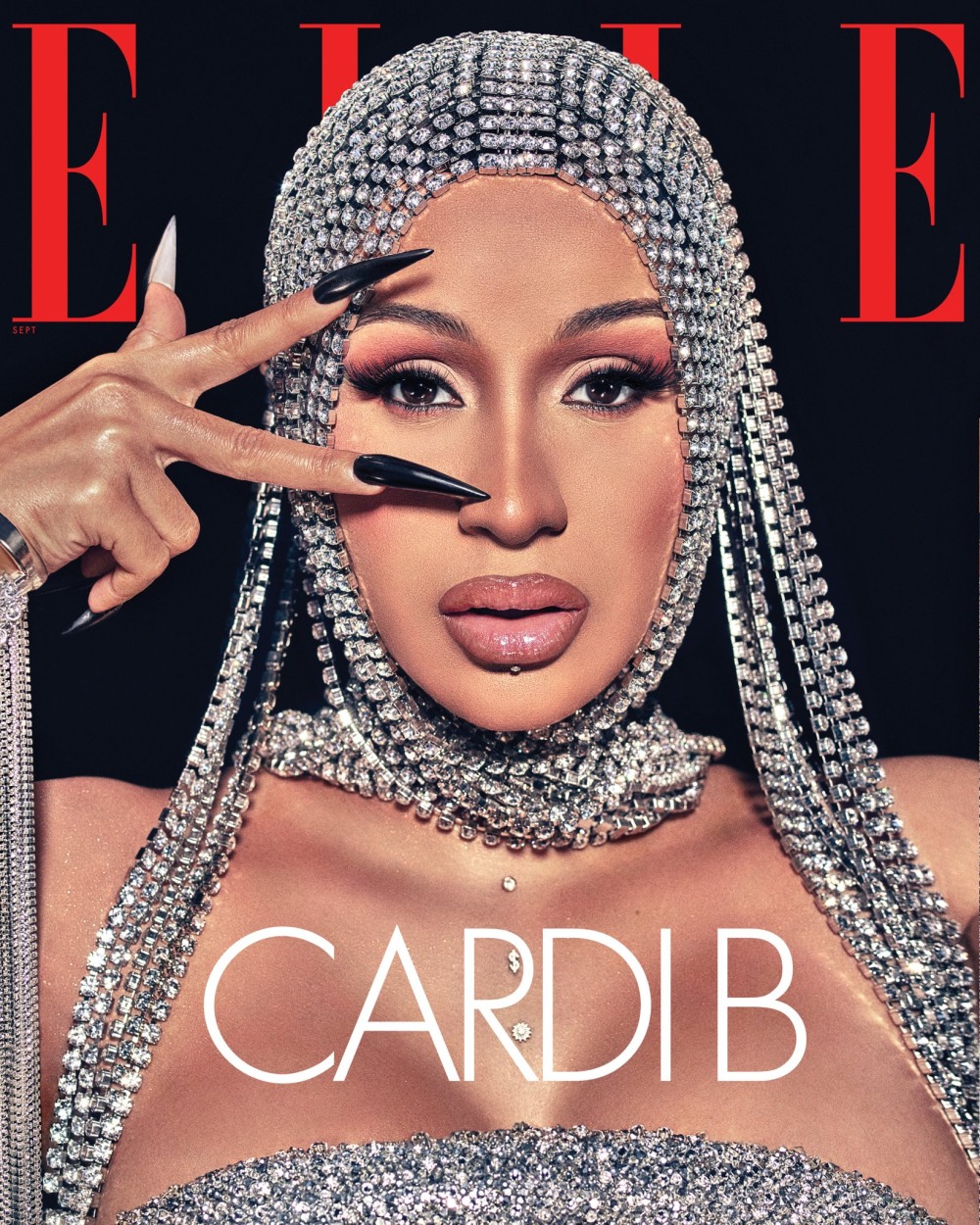 I’m a lowkey Card B fan and yes, I know she’s done and said some problematic stuff. I just hate when people write her off completely rather than giving her some grace to grow and learn. This is sort of the point of Cardi’s interview with Elle Magazine, for their September cover story. Cardi is promoting her new album, but in this interview, she’s mostly talking about politics, feminism, cancel culture and a lot more. One of her best qualities is her commitment to talking about politics, economics and history through her working class, plain-spoken and sometimes obscene way. You can read the full Elle piece here, and here are some highlights:

She’s voting for Joe Biden: While she may be disappointed that Sanders has dropped out of the race, she assures me she is committed to doing anything to get Joe Biden elected. She wants Trump out of office, “Those people that he caters [to], he’s not going to do anything for them. It’s not like Republicans are getting better housing. It’s not like Republicans are getting better benefits. They’re not. He’s not doing anything for anybody. He’s just saying things that appease the same people.”

She’s spoken to Breonna Taylor’s mom, Tamika Palmer: “[I saw] Breonna Taylor’s name everywhere, but I didn’t really know her story. What they did to her is really f–ked up… What’s the excuse? Why is the cop not in jail? Wasn’t what he did a crime? It’s a crime! And no apology. No apology. No video of the cop coming out crying, ‘I f–ked up. I don’t this. I don’t that.’ Nothing. It’s nothing. I don’t even know how her mom still holds her head up. Unbelievable.”

On the real video of her using the racist term “chinky eyes”: “Never in my life, my 27 years, I never even knew that was a racial slur. I was describing my husband’s and my sister’s eyes, and my daughter’s eyes…. I don’t even know how to describe their eyes anymore because that’s how I used to describe their eyes. I don’t even know the word. That they’re almond shaped? But it’s like, I never knew that. And for people to be like, ‘She’s using a racial slur. She’s disgusting.’ And it’s like, ‘Bro, I didn’t even know that was a racial slur…. I didn’t say it…with no bad ill intention.’ ”

On everything else she’s been cancelled for: “I made the choices that I did at the time because I had very limited options. I was blessed to have been able to rise from that, but so many women have not. Whether or not they were poor choices at the time, I did what I had to do to survive.”

The interview ends with Cardi comparing life to a strip club and her metaphor was so evocative and profound, it actually really impressed me. She basically said that every woman has to embrace their own uniqueness and realize that it’s not about the girl in front of you or the girl behind you being better or richer or prettier (in the strip club of life), it’s about being awesome to yourself and celebrating who you are. Then you shouldn’t expect to be the only stripper who gets paid, it’s just about getting YOUR coins.

Not so profound? Cardi’s excuse for that recent racial slur. I mean, yes, she’s sorry about it but come on, she knew it was offensive.

65 Responses to “Cardi B: ‘I made the choices that I did at the time because I had very limited options’”