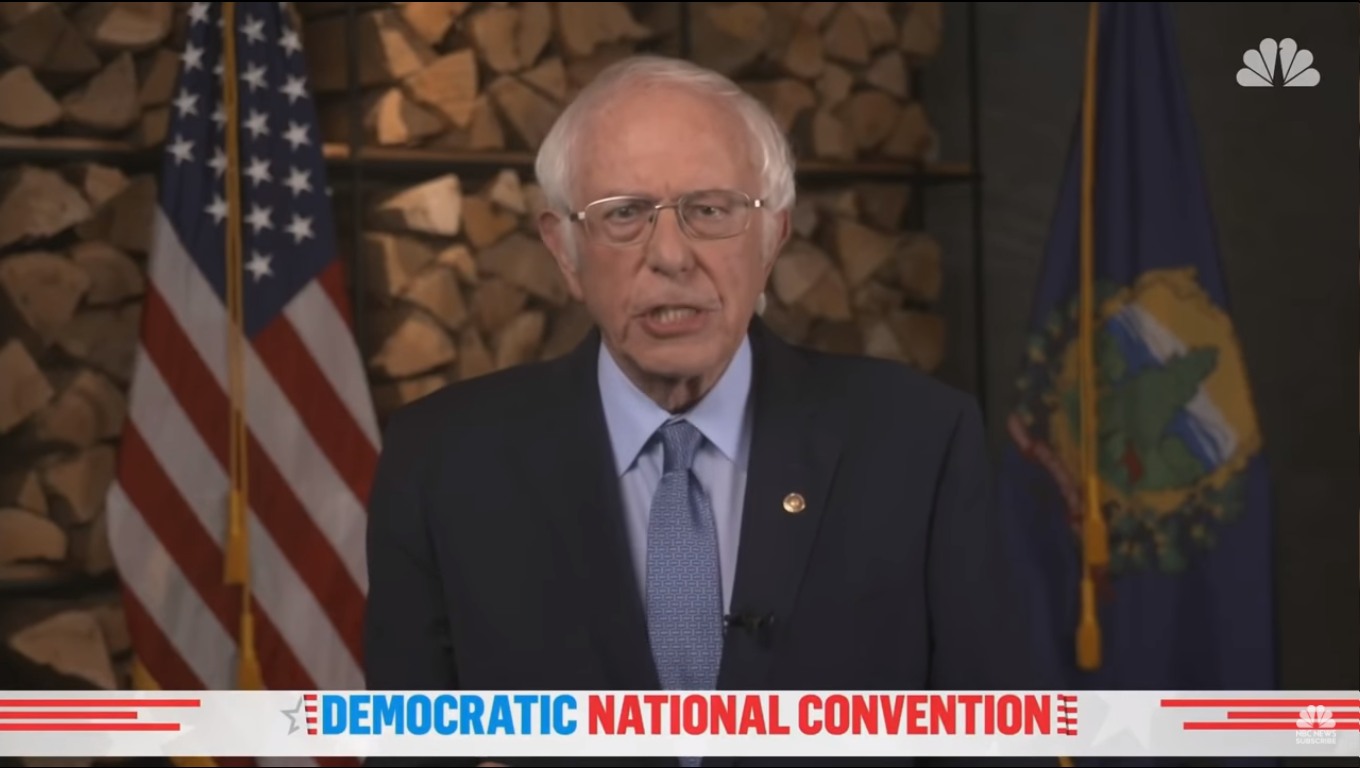 Back in February and March, I was super-depressed about how well Bernie Sanders was doing in the early primaries and caucuses. Then Joe Biden won South Carolina and became the consensus favorite for the nomination. I was shocked by how quickly Biden wrapped things up and then I was doubly shocked by how quickly he lined up prominent endorsements. Barack Obama and Bernie Sanders endorsed Biden within the same week. The fact that Obama came out full-throated for his former VP, well, that was a no-brainer. But considering how Sanders dragged out the process in 2016, he got in super-early to quasi-endorse Biden when Biden became the consensus favorite. Was it all about “lessons learned” from 2016? Or does Bernie Sanders just like Joe Biden more than Hillary Clinton? I don’t know. But Sanders got a prime speaking slot on the first night of the virtual Democratic National Convention. Here’s his speech:

I’ve never enjoyed his speeches so I didn’t watch this. Sanders urged his supporters to back Biden, which he’s been urging since May, basically. He said, in part: “This election is the most important in the modern history of this country. In response to the unprecedented crises we face, we need an unprecedented response—a movement, like never before, of people who are prepared to stand up and fight for democracy and decency—and against greed, oligarchy, and bigotry.” Yeah but 2016 was the most important in modern history too, but… whew. I’m tired.

Also, remember how the Bernie Bros turned “Kamala is a cop” into a thing last year? Now Bernie Sanders himself is calling Kamala Harris “incredibly smart and incredibly tough” and “an asset” to Biden’s campaign. Sanders says he fully supports the Biden-Harris ticket, and that all of his supporters need to get behind the ticket. We’ll see.