Megan Fox: ‘I was just stranded in open water on my own for so long’ 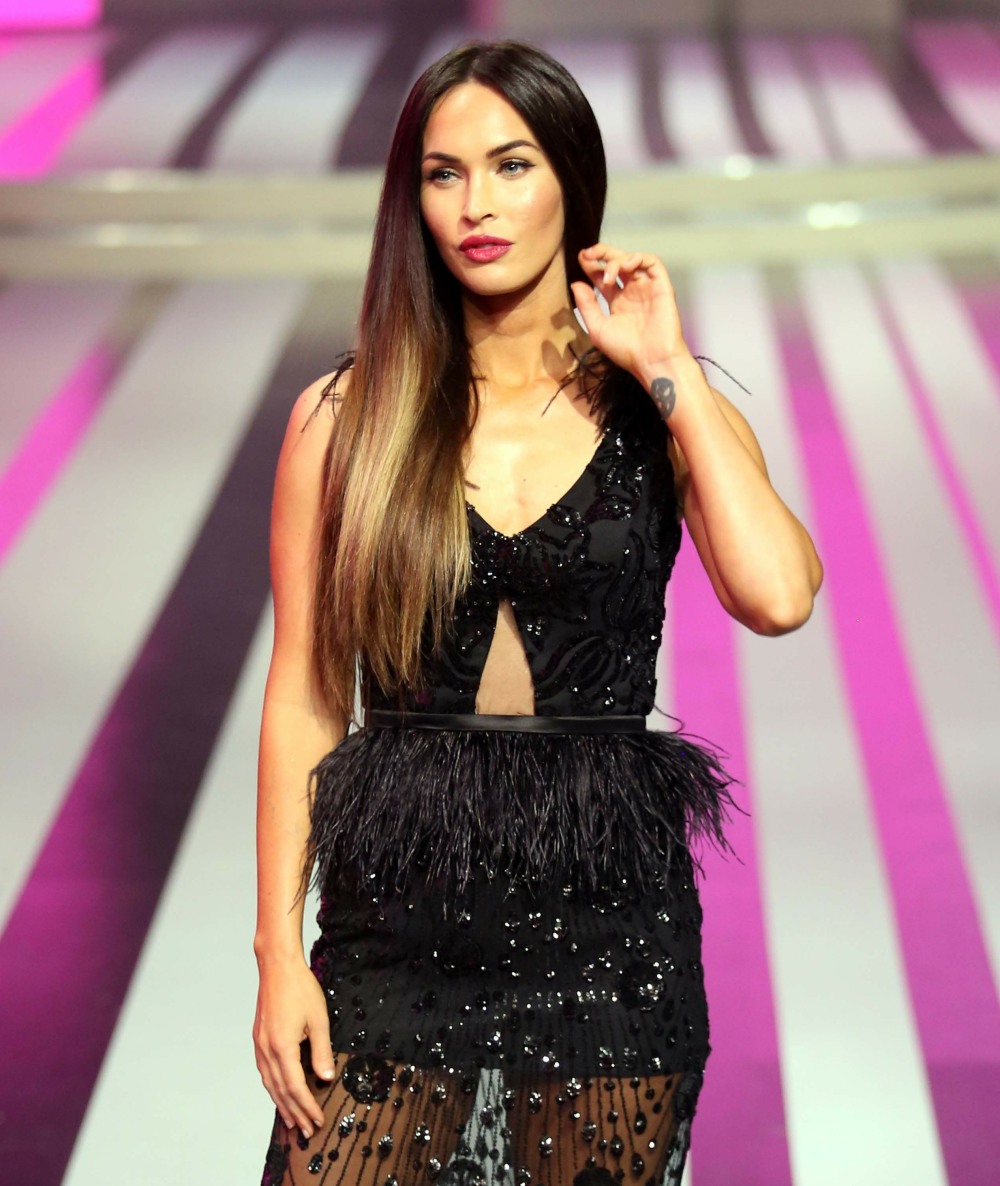 I think a lot of things can be true all at once about Megan Fox, and it’s okay to admit that. Megan was victimized by gross, powerful men like Michael Bay AND she misrepresented some of things that happened to her. Megan Fox didn’t deserve to be thrown out of Hollywood for years because “she wouldn’t play the game” AND she was in a self-defeating spiral in the press, actively trying to get fired. Megan can be an imperfect victim, she can be a victim who has trouble verbalizing what happened to her, and she can also be a person with a history of talking absolute bullsh-t in interviews. Megan was interviewed by Refinery29 about the renewed interest in her life and career with our 2020 feminist/MeToo eyes. Some highlights:

She recently watched one of her old films on TV: She thought, “‘This is not that bad. This isn’t Scorsese or a Francis Ford Coppola masterpiece, but it’s not bad. I’m not bad in it.’ I started getting really angry. I was like, F–k that, why did I live for a decade thinking that I was sh-t at something when I was actually pretty decent at it? That led to this realization that I’d been in a self-imposed prison for so much of my life. I’m not living my life with fear anymore. I’m changing everything that’s not right and moving forward with passion and confidence, and living with excitement for my life.”

What she thinks about the re-examination of her life & career: “I think there’s always a little bit of that of course. At the time, I would have appreciated some support; I was just stranded in open water on my own for so long. However, that built up so much strength. To have to go through a challenge like that, the resiliency that I have and the ability to survive really negative things with no support from outside forces made me a better person. So, I don’t regret it. Of course I look back and think — it would have been nice if any of you had seen this at that time that there was a bandwagon of absolute toxicity being spewed at me for years. But I appreciate the reversal of it. The culture is changing and society is changing…”

Whether she gravitates towards different roles now: “I don’t have to change how I look for roles. My vibration changed, so the roles that are coming to me are different. I sent out into the universe that I transcended to a new stage, so now all the scripts that are coming in for me are more elevated. They are different; they carry more gravity. I’m excited about that. I feel really comfortable with the space I’m in right now.”

Whether she thinks it would be different for her if she was an ingenue today: “I don’t know. Because of social media, people have more control. They can put their own narrative out on their own pages, which I didn’t have. But outside of your own social media, today still, it does lie in the hands of the journalists. If we go back through my Rolling Stone interviews and anything I did for Vanity Fair — any of these big publications — I was always an eloquent speaker, I was always a thoughtful person, I had things to say. I wasn’t shallow, I wasn’t vapid, I wasn’t vain, I was none of those things, and still the image was manipulated by the people who were putting out the soundbites. To a degree, that’s still the same. There’s so much media, there’s so much news, constantly people are being bombarded with it. Who sits and reads an entire interview?”

Whether she believes people would have been more receptive today if she had given that infamous Wonderland interview about Michael Bay: “It’s tricky because yes, people are more receptive to the topic. But even how I was speaking about it then, the quote in its entirety, it was almost too flippant. Somehow, I would have been villainized in the telling of that story even today. I wasn’t telling it in a way where I was like, Look, I’ve been wounded by this and I need you to hear it. It was more like, This happens on-set, and I followed it up by saying he’s actually so charming outside of set, which I would also have been crucified for, because it’s like, why are you defending somebody that we perceive as abusing you? It’s a very complicated thing if we’re dealing with just what I said in that interview. I don’t know that it would hold up well. The idea yes, but I would have had to approach it and deliver it in a different way. Everybody’s looking for a reason to be offended. I would have pissed off a bunch of people [no matter what].”

Advice to young women in Hollywood today: “It’s so tricky because I question what is the industry anymore? Everybody with an Instagram page is a celebrity. Back during the Transformers craze, there were only a handful of actors. Hollywood was small. Now, you go to a GQ Man of the Year party and there’s thousands of people there, I don’t even know who they are — they’re all influencers or have some kind of Instagram following, so now they’re famous. My advice, which is not great advice because it goes against what everyone else will tell you, is: you have to be removed to a certain degree. You cannot be on social media all the time, checking your likes and your comments….That’s not a north star. That’s the devil. “

The one thing I’ll nitpick here is this: “I was always an eloquent speaker, I was always a thoughtful person, I had things to say. I wasn’t shallow, I wasn’t vapid, I wasn’t vain, I was none of those things, and still the image was manipulated by the people who were putting out the soundbites…” No, that’s not what happened. I was covering her promotional blitzes around then – 2009-2011 – and while she wasn’t dumb as a rock, she often came across as vapid and trying too hard to seem like a sexpot guy’s girl. I mean, she internalized the patriarchy, as many women and girls do, and she played it up for effect and for attention. But… say that. Don’t say “it’s all journalism’s fault, I can’t believe they quoted me accurately!” 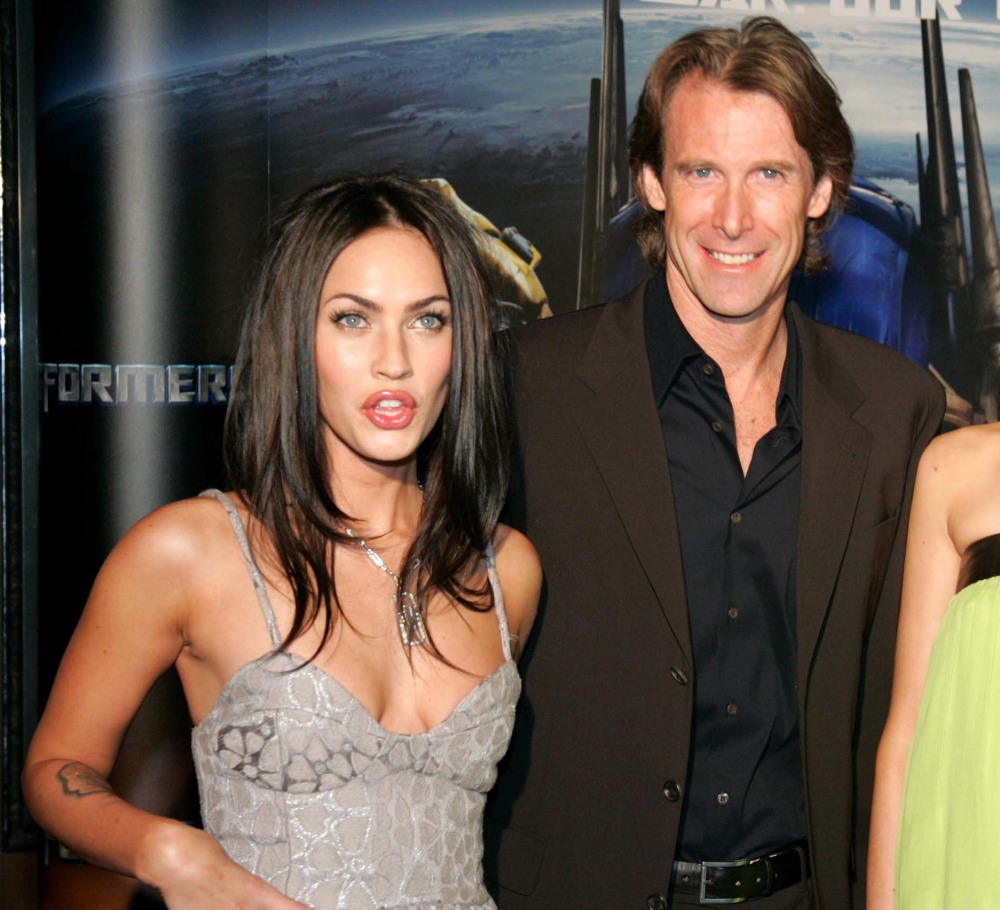 33 Responses to “Megan Fox: ‘I was just stranded in open water on my own for so long’”