I found out my ex cheated on me — from his wedding announcement https://t.co/FperQyIvxl pic.twitter.com/ae1AUIZxau


When romantic relationships end, it can be hard, especially when they end abruptly without explanation. Nikyta M. found herself in this situation when her marriage of almost two years abruptly ended. Nikyta and her husband Rob who had been married in a civil ceremony and had been planning a big wedding. Her family from London and Trinidad flew into Dallas to meet Rob’s family a few months ahead of the big wedding date. But after they left, Rob abruptly changed and soon asked for a divorce.

Nikyta was blindsided as it was completely out of the blue and she had no clue what happened. She spent the next two years in the dark until Rob’s wedding announcement was posted in the New York Times. Rob’s meet-cute love story happened before Nikyta and Rob’s marriage ended. Here is an excerpt from the New York Post, to which Nikyta told her story. The NYT announcement called it Rob’s first marriage.

It was a New York Times wedding announcement detailing the love story of a fitness entrepreneur and his new wife. According to the article, the couple, Rob and Lauren, started their relationship in January 2017. It also said that he had never been married.

That was news to me — because I was his wife in January 2017. We split in late March of that year, officially divorcing in January 2018, and I never exactly understood why. Until I read about it in the Times.

My friends contacted the paper, which issued a correction on Rob’s previous marital status. But I still felt completely erased. He was publicly admitting that he dated this woman while we were married — the details of his infidelity laid out on the page. When I put their presentation next to the truth, it was like one of those ­reality-versus-Instagram memes come to life.

Rob and I met in the summer of 2013 when we locked eyes through the window of the Crunch gym near Astor Place and he beckoned me inside. We were friends first, but by that winter we were dating and living together on the Upper West Side.

He was an old-fashioned gentleman. If I finished work late, he’d come meet me. I’m a professional dancer, and he came to every performance. He’d make me breakfast in bed.

On Dec. 23, 2015, we married in a civil ceremony. But we also planned a big wedding for Aug. 12, 2017, in his hometown of Dallas. We put a deposit down on the venue, I bought my wedding gown, and my family booked flights from Trinidad and my native London. In December 2016, my mother, aunt and cousin flew from England to Dallas to meet his mother and look at the venue. On that trip, we chose our menu.

Three months later, things abruptly changed. We went to Texas for his friend’s wedding and to finalize our own wedding details. I could sense something was wrong. When we returned, he said he needed space. Worried that he was stressed about wedding planning or work, I said I would leave for a week to stay with a friend.

When I came back, he said he wanted a divorce. It was like a light switch turned off. He stopped communicating with me and refused to go to therapy. I wondered if he had a medical ­issue that had changed his personality.

Rob sounds like a f*ckboy. There I said it. I am not sure how he thought announcing his wedding in such a public way would go unnoticed. Now all of his dirt is on full display. The two women involved are the ones I pity. Nikyta for the pain he caused by abruptly ending their marriage and Lauren whose relationship with him seems to be based on a lie. I say the latter because it would seem Lauren didn’t know he was married at the time of their meeting either.

The good news is that Nikyta has moved on and has met someone new but I am sure the pain is still there, especially learning that two years later it was infidelity that destroyed her marriage to someone she thought was her best friend. I can say so many things but they aren’t appropriate in a open forum. What I will say is, I wish Nikyta much love and healing in her new relationship. I also wish Rob and Lauren happiness in their marriage, but Lauren girl, you better keep your eye on that one.

From CB: This is her ex and his new wife: 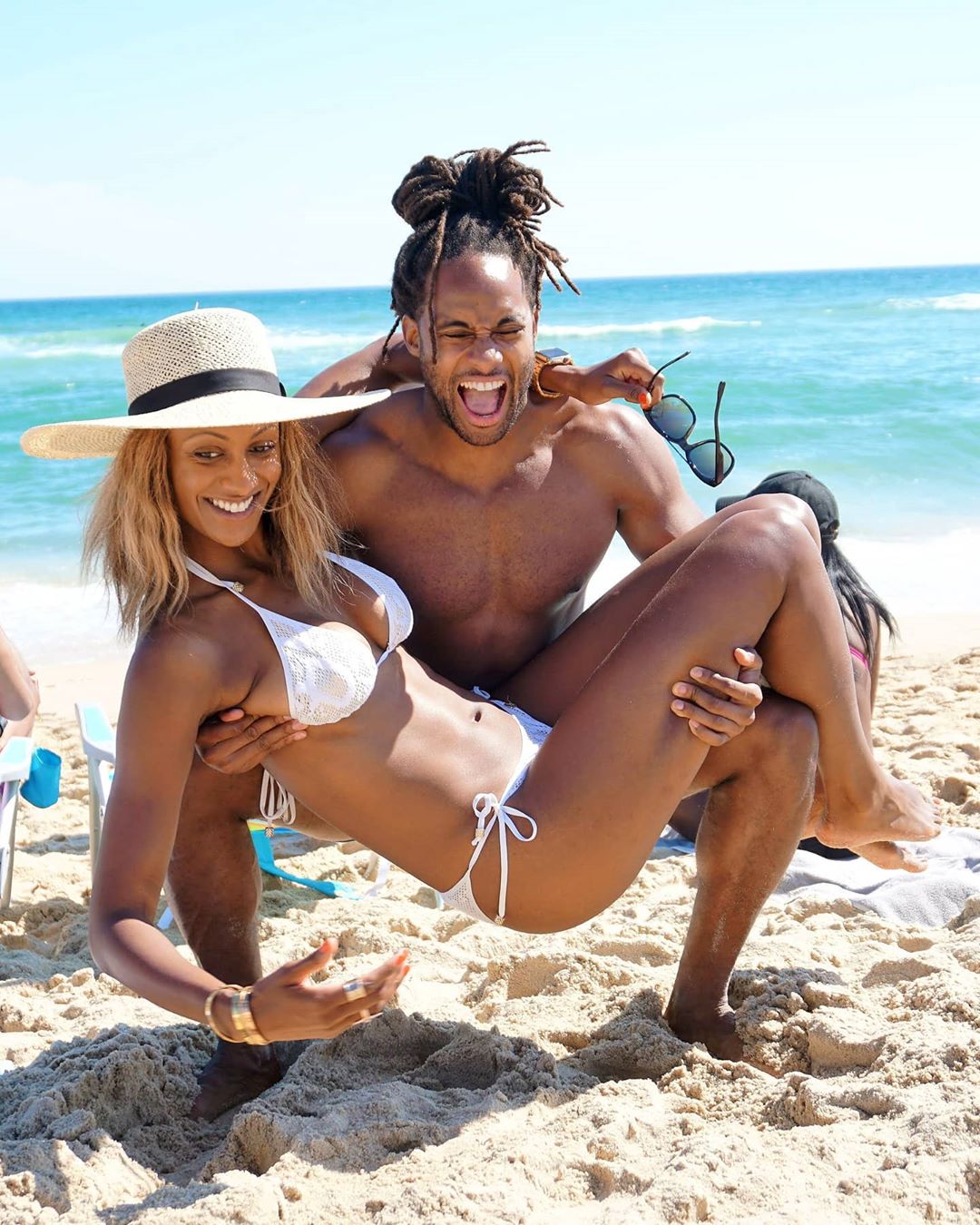 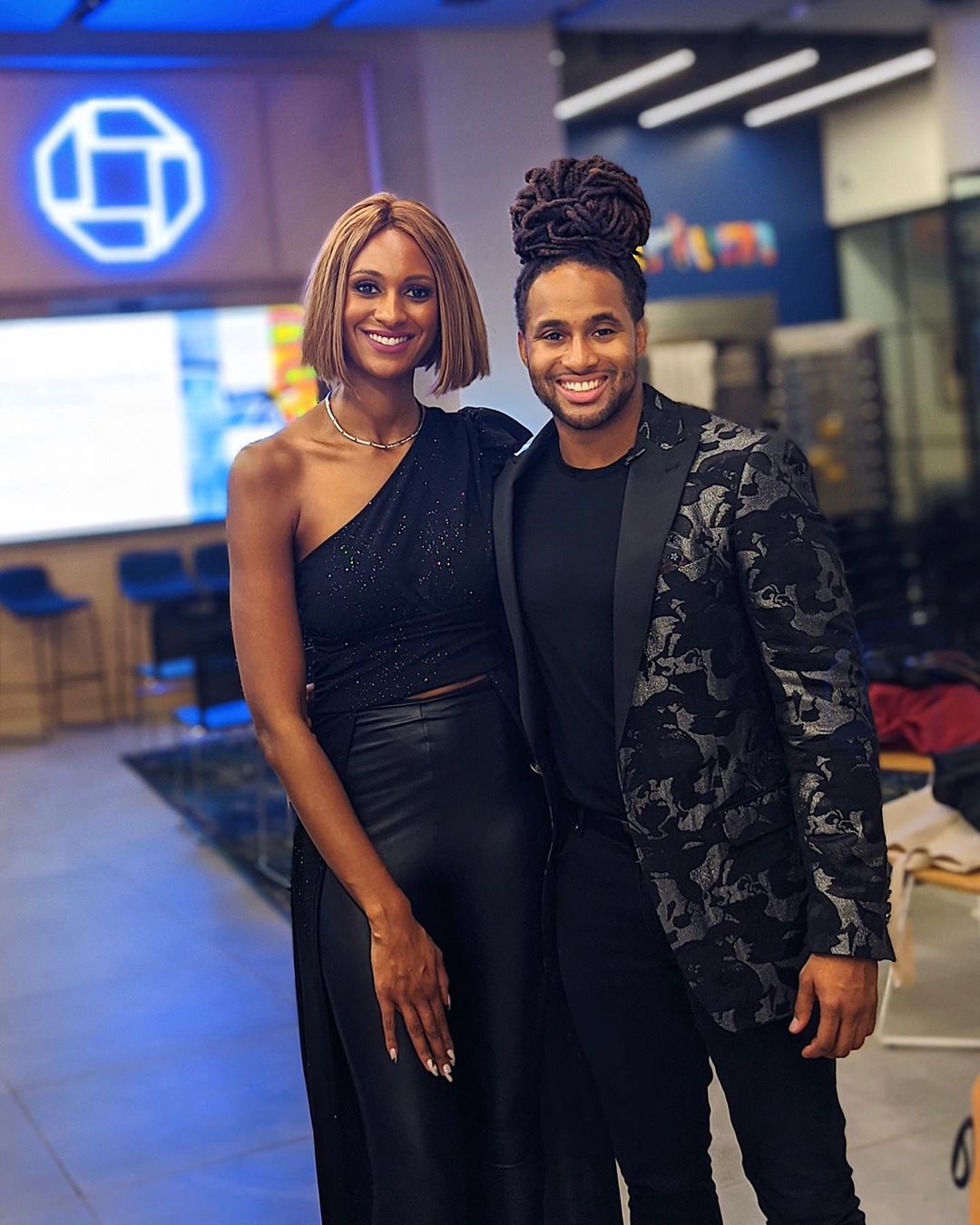