How is it that Princess Charlene’s baby bangs look even worse now?! 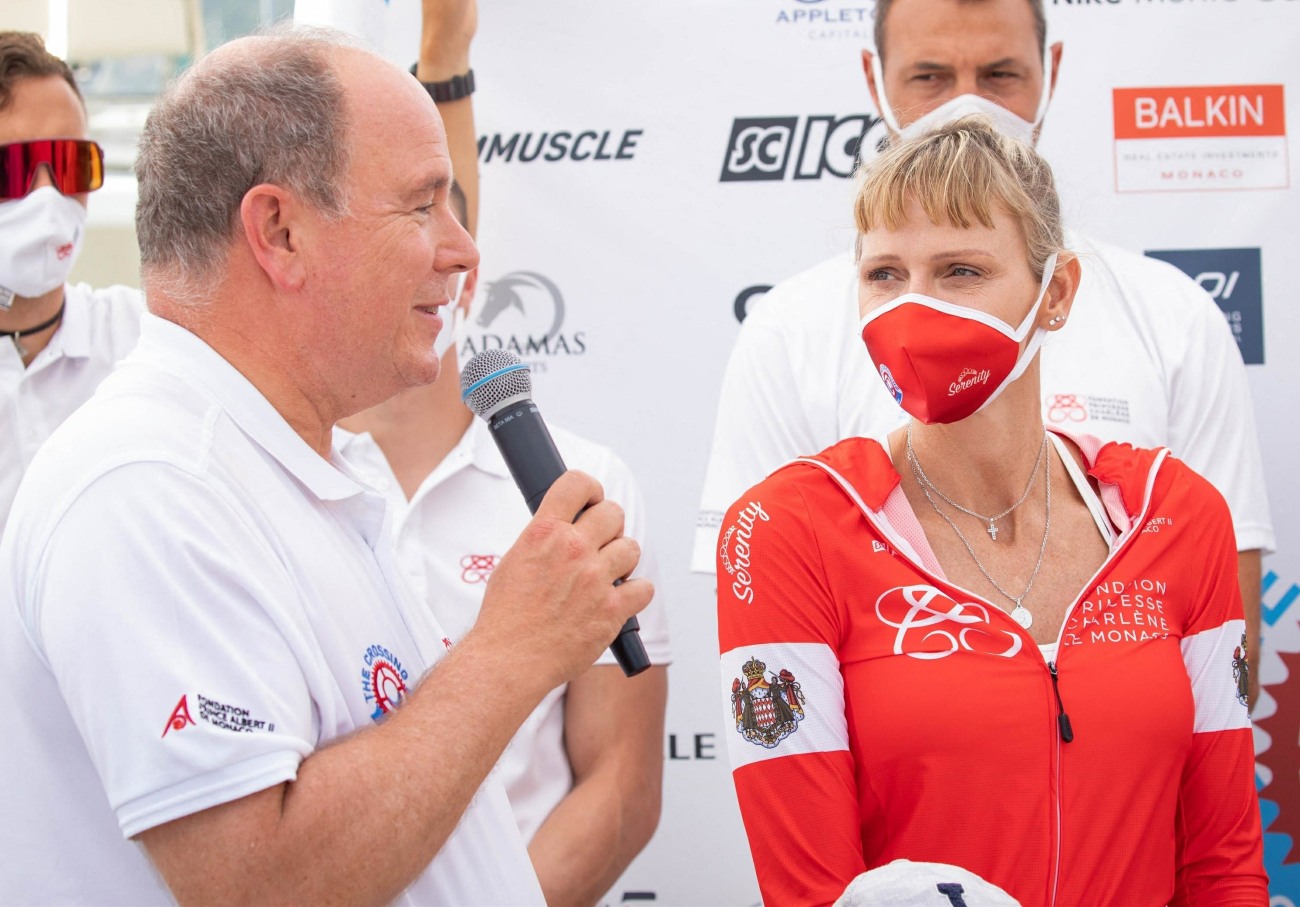 Here are some photos of Monaco’s royal family at the Crossing Calvi-Monaco Water Bike Challenge in Corsica, France. Prince Albert and Princess Charlene brought out their twins, Prince Jacques and Princess Gabriella, who seemed kind of over it, but it’s nice to see them out. They seem like real kids who are mostly bored with whatever their parents are doing. Gabriella has some French ennui too.

Anyway, I wanted to talk about these photos mostly because of Charlene’s baby bangs. We talked about the bangs tragedy a couple weeks ago, when I suddenly noticed that Charlene’s once wispy fringe had turned into a full-blown baby bangs trauma. I thought those other photos were her worst look ever, but no. If anything, THESE photos are worse. I think it’s because the rest of her hair is pulled back, and she seems to have darkened it slightly in the past few weeks? The whole look is not chic or high-end at all – she looks like a suburban mom who got wine-drunk and decided to cut her own bangs and now has to live with the consequences.

Also, it looks like this whole “water bike challenge” was a fundraiser for Charlene’s personal foundation. She might have been the one to dream it up, because she loves hanging out with hunky athletes. And she’s spent a lot of time in Corsica recently. *insert a series of side-eyes* 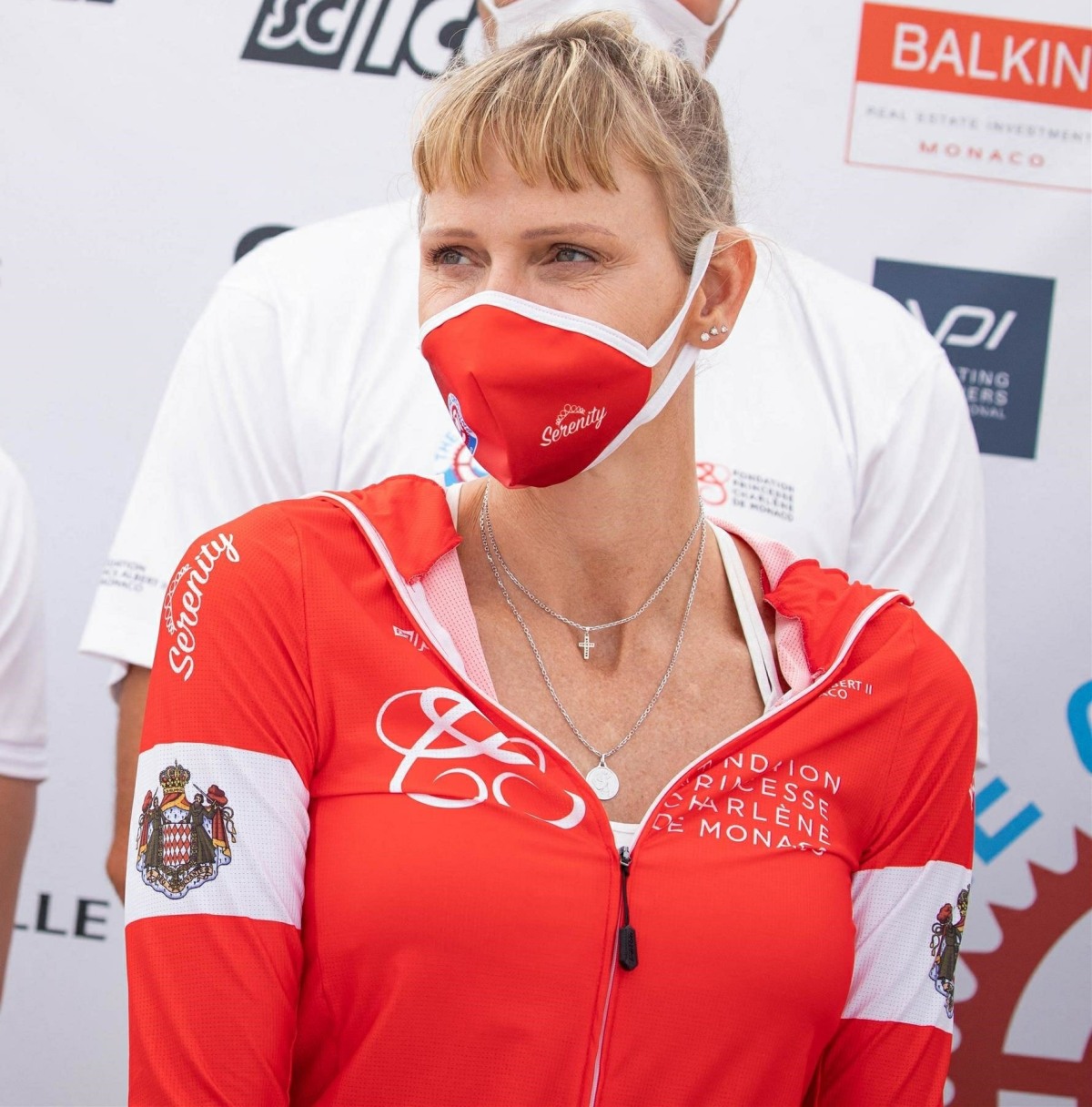 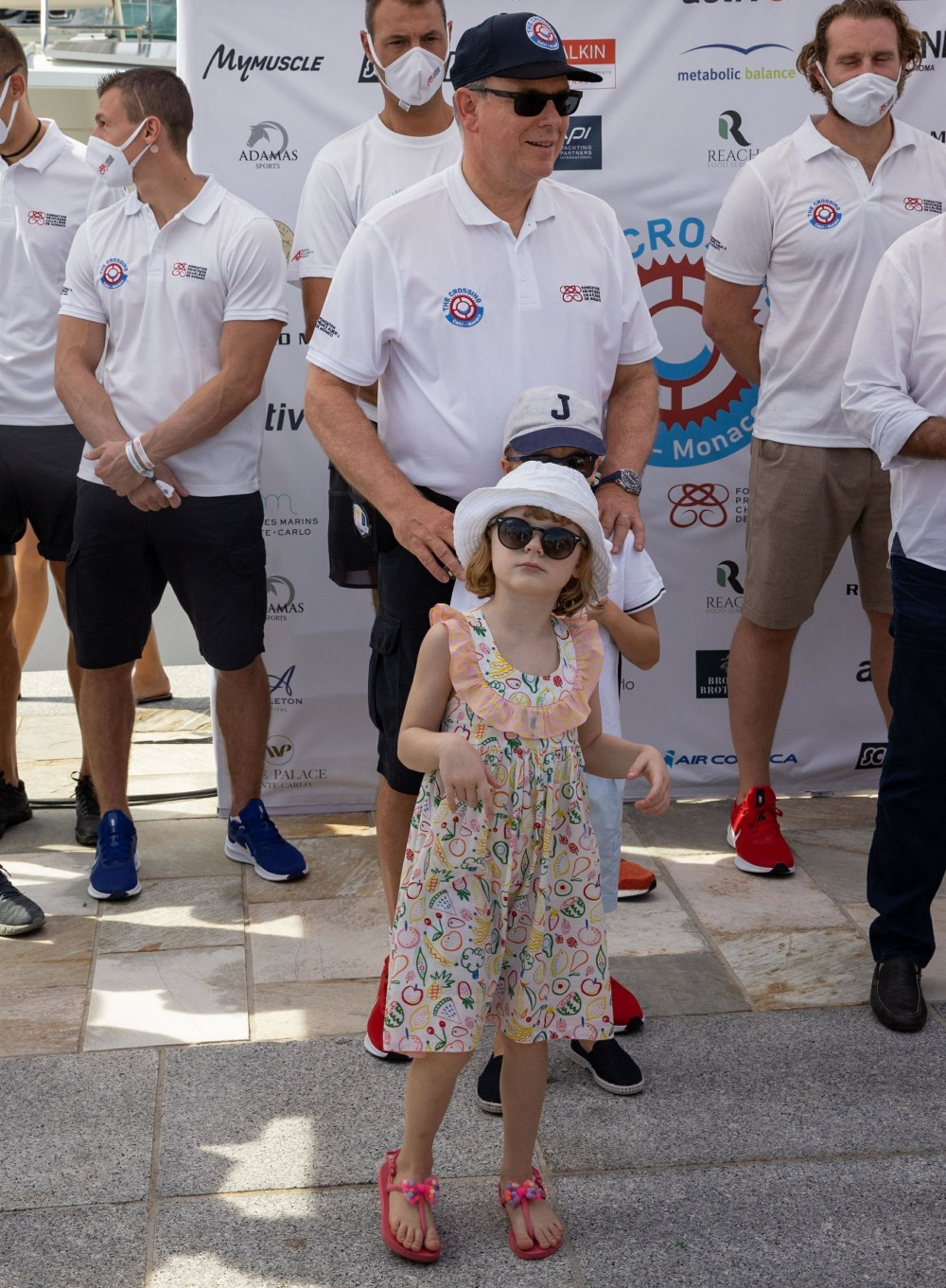 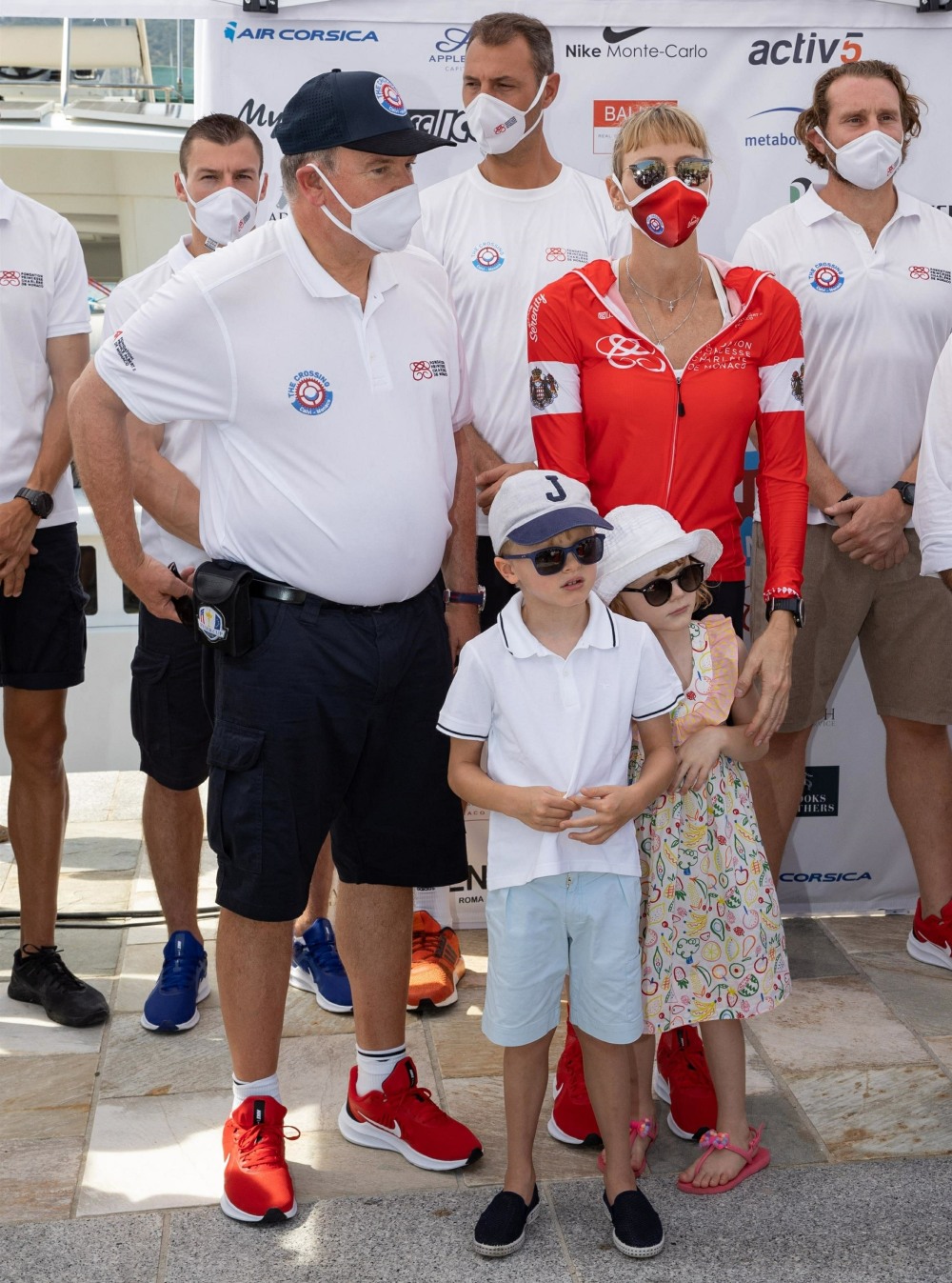 23 Responses to “How is it that Princess Charlene’s baby bangs look even worse now?!”