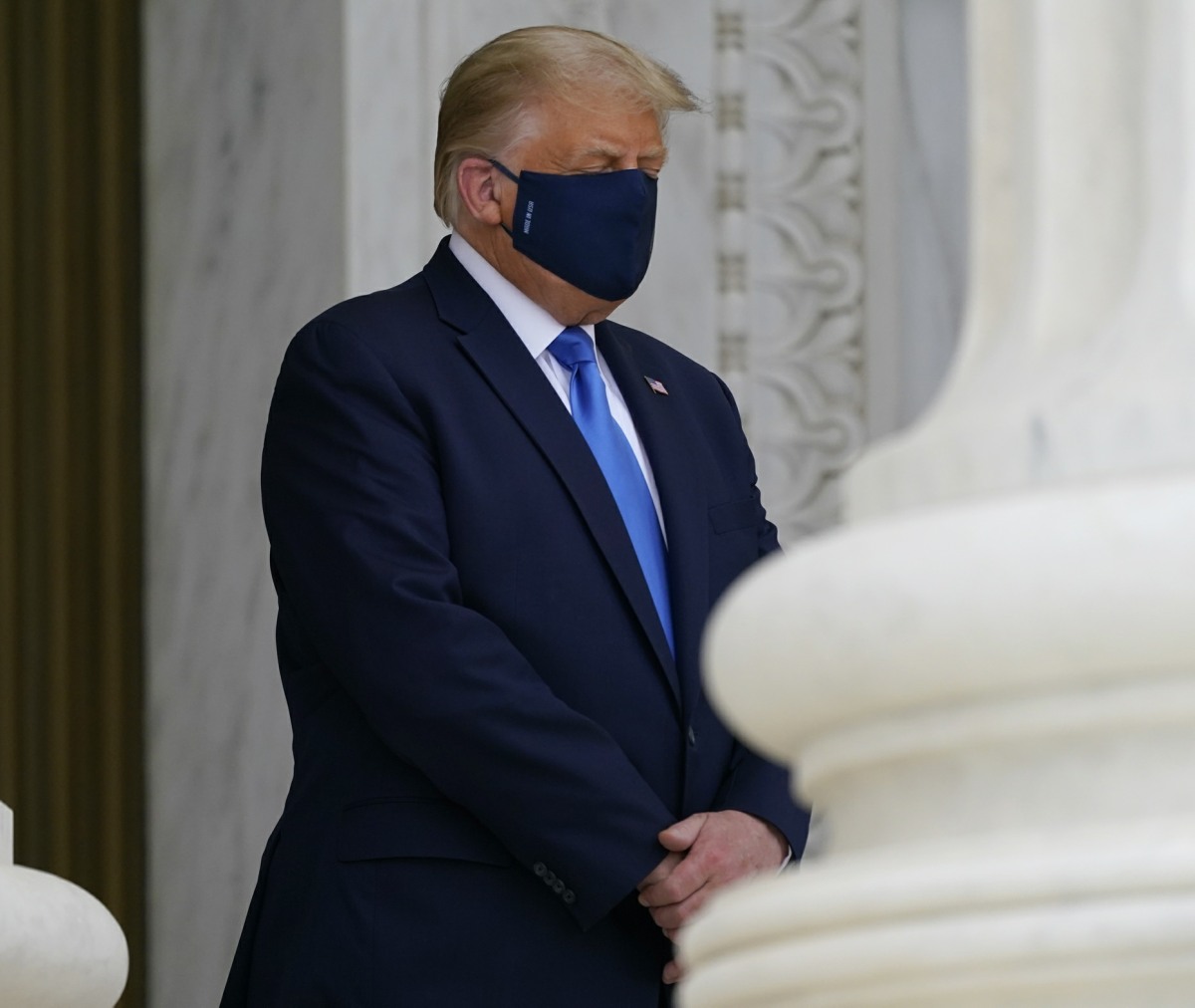 I haven’t watched The Daily Show in years, do they still do the “Moment of Zen” every night? Because that’s what happened yesterday – a very cathartic moment of Zen. Donald Trump and Melania Trump decided to “pay their respects” to the late Ruth Bader Ginsberg, who was lying in state at the Supreme Court. Dipsh-t Don wore a mask which looked like an alien sucking his face, and the best part was the huge crowd booing the f–k out of him and chanting “honor her wish” and “vote him out.”

President Donald Trump was booed by crowds at the Supreme Court when he and Melania Trump paid their respects to the late Justice Ruth Bader Ginsburg. pic.twitter.com/3L3HVbrFkg

Also: even Fox News polls are getting bad for Trump. Fox News did a poll following RBG’s passing, and they surveyed voters in Nevada, Ohio and Pennsylvania, three of the big “battleground states.” Joe Biden is leading in all three, according to the polling. Majorities disapprove of Trump’s job performance, people are worried about the pandemic and people would prefer that Biden select RBG’s replacement. Biden’s support is “outside the margin of error” in Nevada and Pennsylvania. 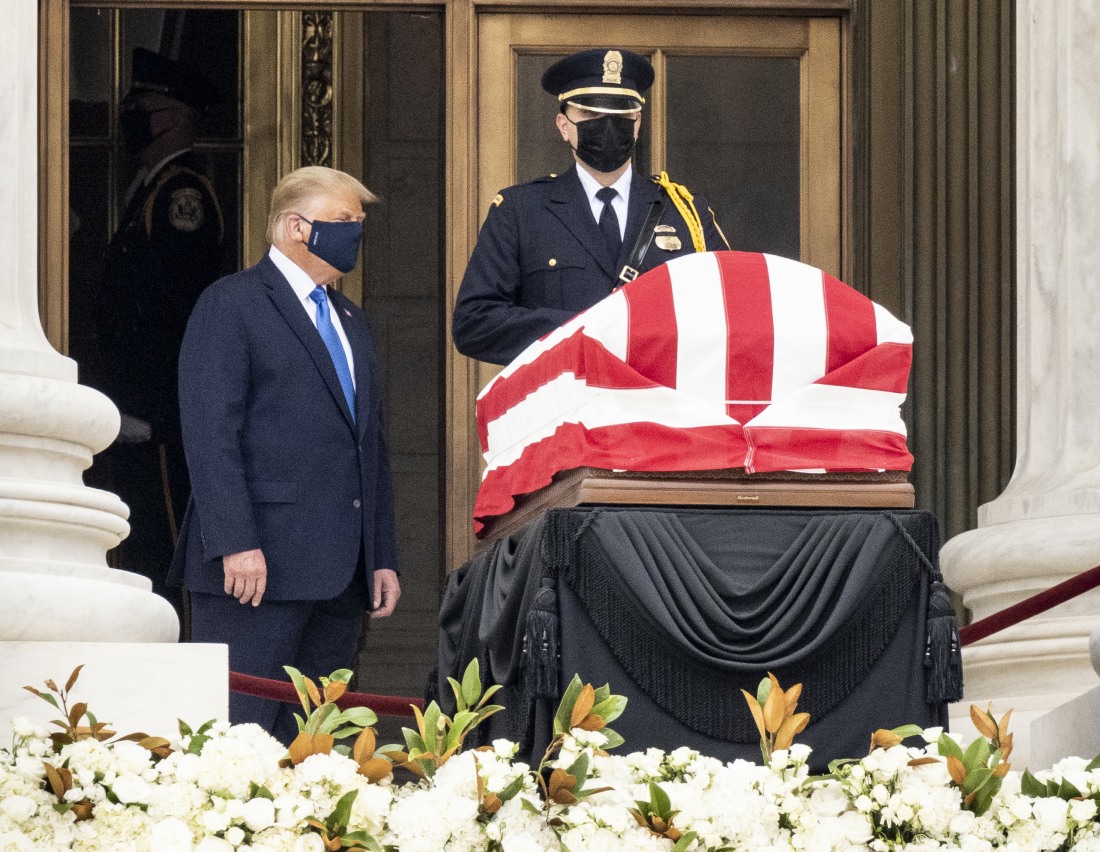