Sienna Miller: Chadwick Boseman donated part of his salary for my paycheck 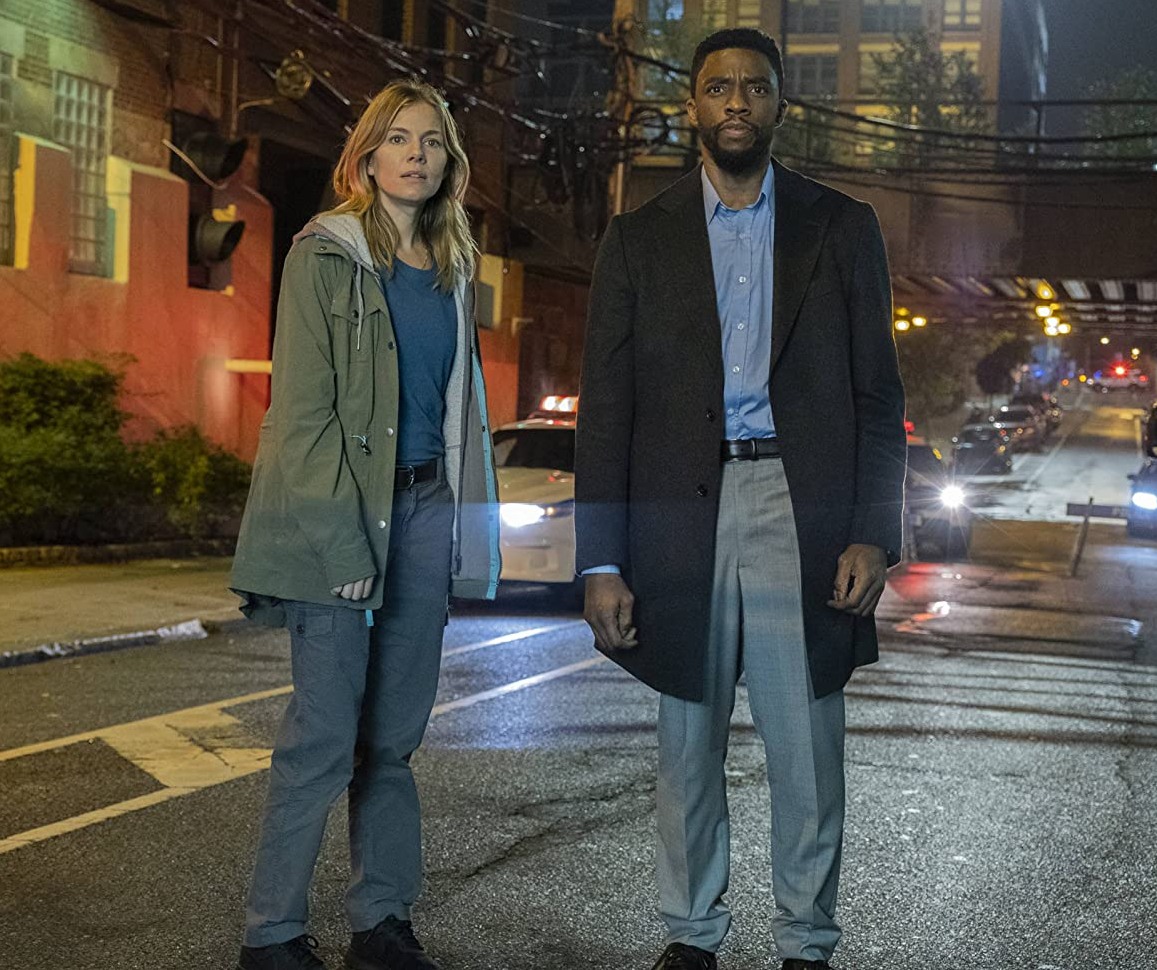 Last year, the film 21 Bridges came out. It wasn’t really a hit or anything, but it was a relatively small-budget action-thriller and it did okay. It starred Chadwick Boseman, Sienna Miller and JK Simmons, among others. Empire’s latest cover story is devoted to Boseman and stories about his life and work. Empire spoke to former coworkers and Sienna Miller had an absolutely wonderful story of how she came on board 21 Bridges and what Chadwick did to get her paid properly.

As a producer on 21 Bridges, Boseman was instrumental in casting Miller for the role of detective Frankie Burns.

“He produced 21 Bridges, and had been really active in trying to get me to do it,” Miller tells Empire. “He was a fan of my work, which was thrilling, because it was reciprocated from me to him, tenfold. So he approached me to do it, he offered me this film, and it was at a time when I really didn’t want to work anymore. I’d been working non-stop and I was exhausted, but then I wanted to work with him.”

Beyond pursuing Miller for the film, Boseman went the extra mile: fighting for his co-star to receive a higher pay packet for joining the production, to the extent that he donated part of his own salary to increase her fee. “I didn’t know whether or not to tell this story, and I haven’t yet. But I am going to tell it, because I think it’s a testament to who he was,” Miller says. “This was a pretty big budget film, and I know that everybody understands about the pay disparity in Hollywood, but I asked for a number that the studio wouldn’t get to. And because I was hesitant to go back to work and my daughter was starting school and it was an inconvenient time, I said, ‘I’ll do it if I’m compensated in the right way.’ And Chadwick ended up donating some of his salary to get me to the number that I had asked for. He said that that was what I deserved to be paid.”

For Miller, Boseman’s generosity and support was unprecedented in the industry. “It was about the most astounding thing that I’ve experienced,” she says. “That kind of thing just doesn’t happen. He said, ‘You’re getting paid what you deserve, and what you’re worth.’ It’s just unfathomable to imagine another man in that town behaving that graciously or respectfully. In the aftermath of this I’ve told other male actor friends of mine that story and they all go very very quiet and go home and probably have to sit and think about things for a while. But there was no showiness, it was, ‘Of course I’ll get you to that number, because that’s what you should be paid.’”

We stan an actual KING. I mean, Sienna Miller is a good actress in *some* things, but for Chadwick to go out of his way to make sure she’s the one cast AND that she’s paid properly, even donating some of his own salary to make it happen? Sienna is right, it’s unheard of in Hollywood and every other industry. Chadwick really was that wonderful to every single person, wasn’t he? He was like an angel on earth.

39 Responses to “Sienna Miller: Chadwick Boseman donated part of his salary for my paycheck”