Donald Trump pulled a Mariah: ‘I don’t know who the Proud Boys are’ 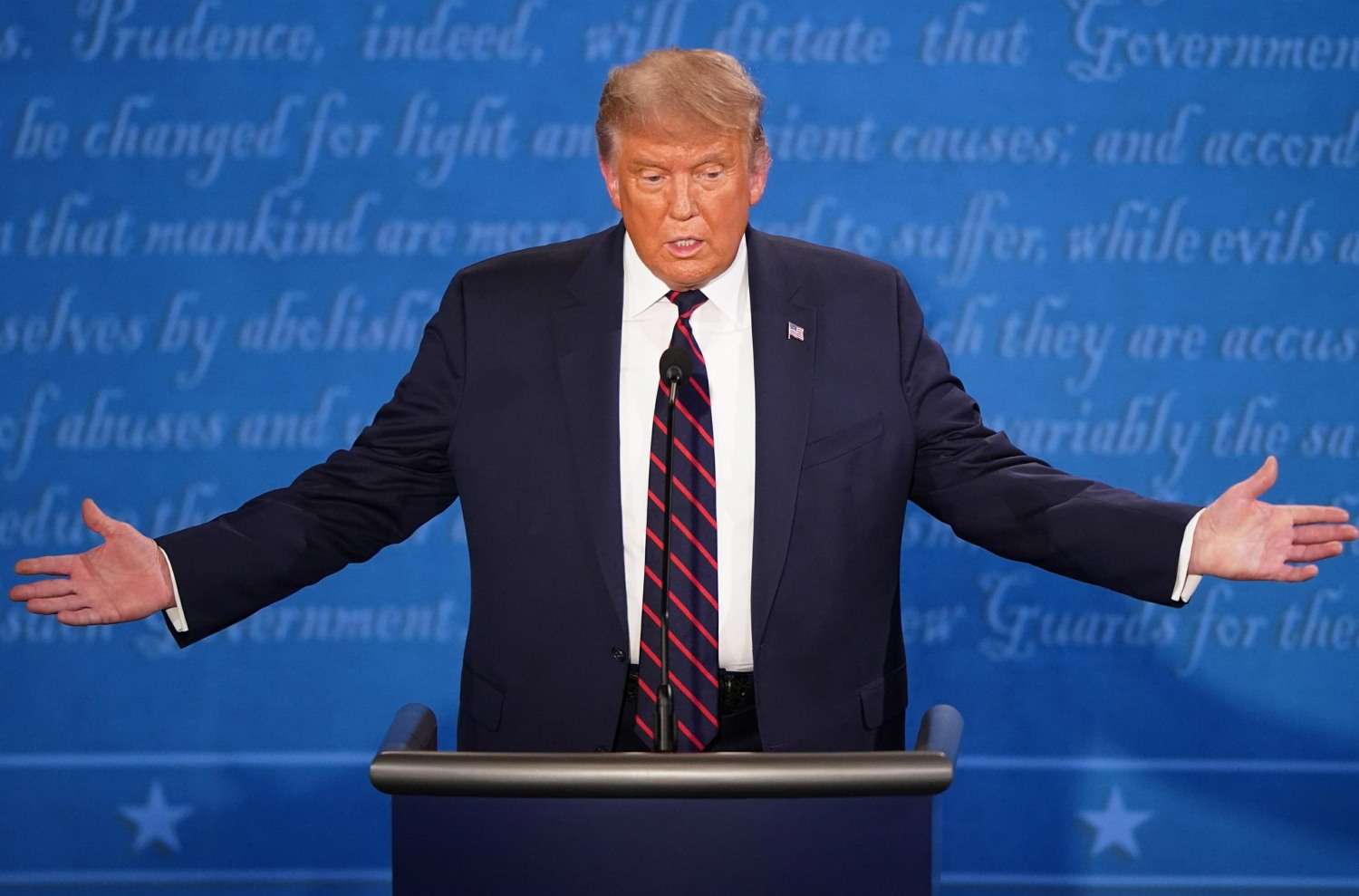 You know what’s starting to get on my nerves? All of the political reporters and commentators behaving as if Donald Trump’s performance in the first 2020 presidential debate was something wholly new, something they had not seen before a million times. They’re even being highly selective about how they’re talking about Trump’s performance in the three 2016 debates, all of which Hillary “won” decisively, even with Trump behaving like a buffoon. But the political commentariat is like “whoa, we didn’t know he was THIS crazy!” Yes, you did. Americans polled in the wake of the debate disaster agree: Joe Biden was the presidential one and Trump was a raving lunatic. Some of the people polled even used the words like “unhinged,” “chaotic” and “crackhead” to describe Trump.

One of the worst moments in the trainwreck performance was when Chris Wallace tried to challenge Trump to condemn his racist, white supremacist supporters, all of whom support Trump because they see themselves in him and because he’s empowered them and engaged them. Wallace even used the words “tell them to stand down.” That’s what led to Trump telling the Proud Boys (a white terrorist organization) to “stand back and stand by.”

This ended up being one of the big headlines in the 24 hours after the debate. Republican surrogates had to do that asinine dance of pretending that Trump misspoke (he did not) or that we’re misinterpreting him (we’re not) or that of course Donald Trump isn’t one white sheet away from burning a cross on the Obamas’ front lawn. The pressure was on for Trump to actually go on camera and swallow his white pride and actually tell his racist nutjob supporters that he doesn’t want their love. He still couldn’t really do it.

Mariah Trump, y’all. “Proud Boys? I don’t know her.” This is a transcript of what he actually said roughly 19 hours after he told the Proud Boys to “stand by.”

REPORTER: “Mr. President, during the speech when you said ‘stand by,’ that might be [inaudible]”

TRUMP: “Just stand by. Look, law enforcement will do their work. They’re going to stand down, they have to stand down. Everybody. Whatever group you are talking about, let law enforcement do the work. Now, antifa is a real problem. Because the problem is on the left. And Biden refuses to talk about it.”

Obviously, he knows exactly who his neo-Nazi supporters are and he’s happy to have their support. They also know this dance, and they know that he has to “officially” say words about how he doesn’t even know who they are, all while giving a wink and nudge that they should continue committing racist atrocities in his name. The Times even had a story about how pleased the Proud Boys were with even being name-checked during the debate. Something I think about a lot… even if, God willing, we elect Biden-Harris and we flip the Senate and keep the House, it’s not like these violent racists are going to disappear, you know? 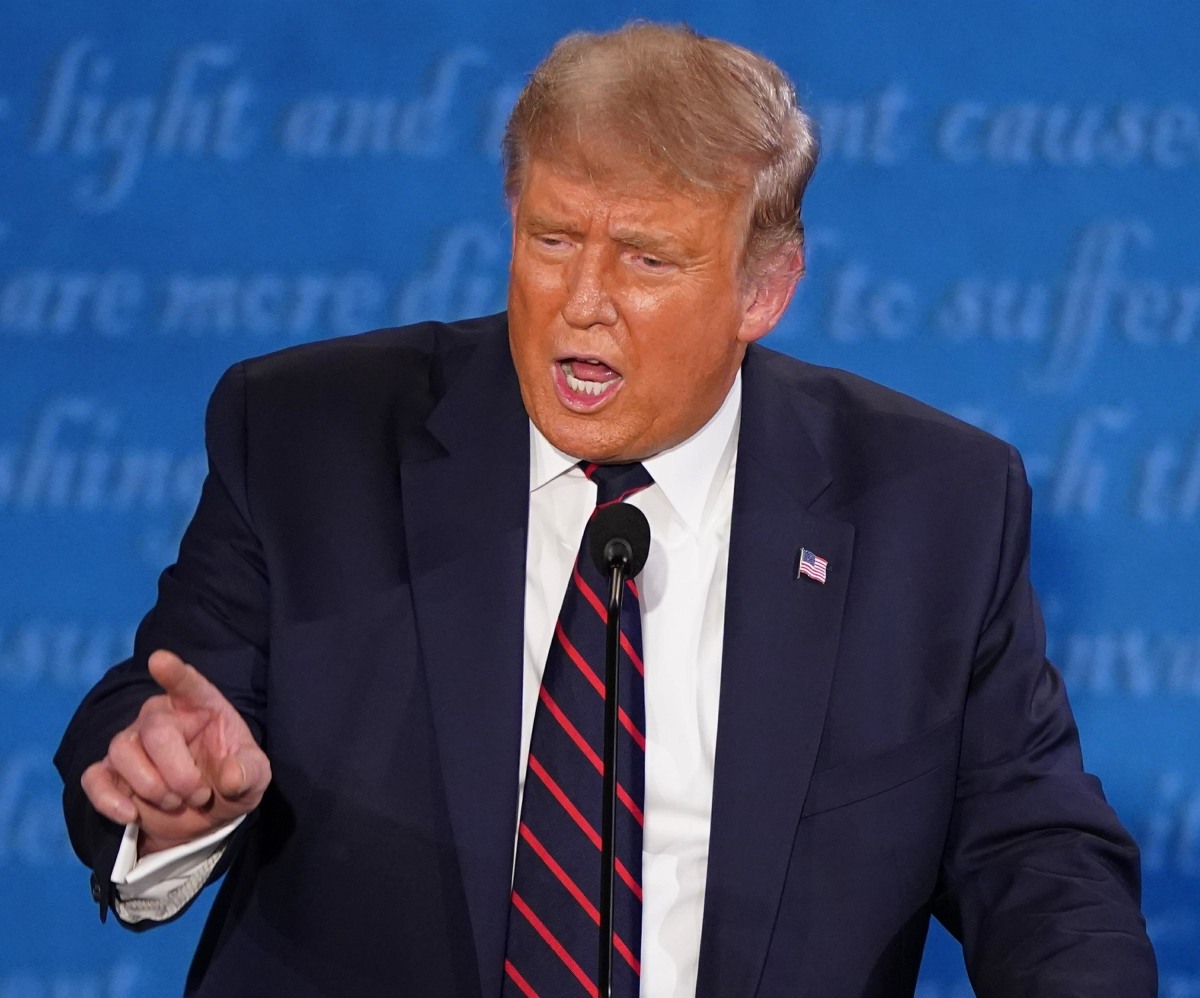 52 Responses to “Donald Trump pulled a Mariah: ‘I don’t know who the Proud Boys are’”