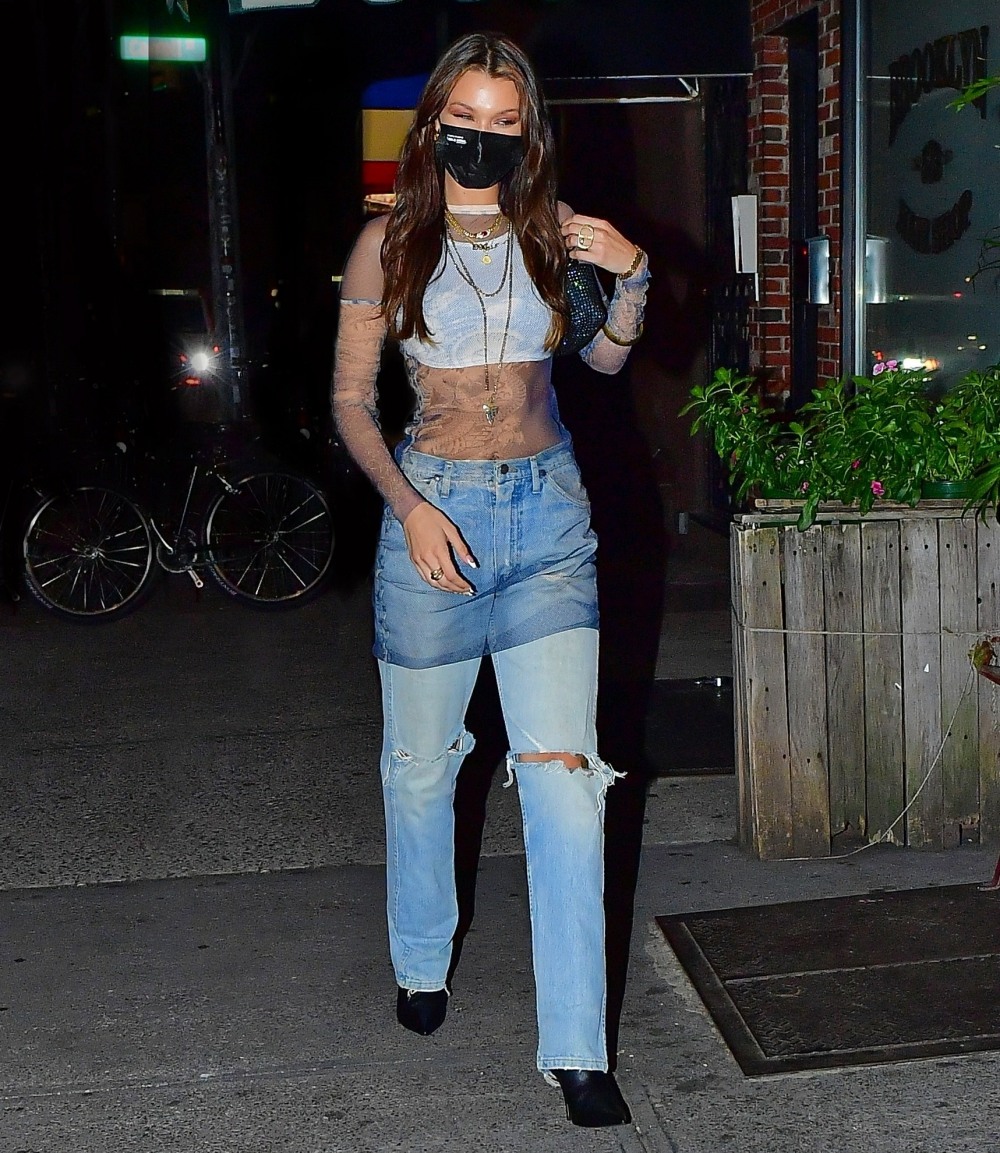 I actually had to do some strange research for this story. Let’s start with Jack Nicholson. He only had one brief marriage when he was very young, and then he spent decades having relationships, many of them serious, with various women, and some of those women had children with him. That brief marriage to Sandra Knight produced his first child, Jennifer Nicholson, who is currently 57 years old. Jennifer has two sons, Sean and Duke Norfleet, who are Jack’s first-born grandchildren (I think). Duke Norfleet decided to go into acting, and he now goes by Duke Nicholson. He’s 21 years old. And apparently he’s dating Bella Hadid! The nepotism of it all!

It’s a hookup of old and new Hollywood dynasties. Bella Hadid has been quietly dating a new man — Duke Nicholson, the actor grandson of Hollywood icon Jack Nicholson, sources exclusively told Page Six. An insider told us that the pair have been spending time together since at least late last month, when Nicholson saw Hadid on a trip to New York.

The source added that the duo also went away for Hadid’s recent birthday — before she headed for an all-girls island getaway. The model turned 24 last week and celebrated by taking a group of gal pals on vacation via private jet. She posted images on Instagram and wrote, “Oh gosh I feel just really lucky … I usually cancel any kind of big birthday celebration so this year I just wanted to take my beautiful friends on an adventure that was absolutely non-refundable.”

But our spy said that prior to the trip, Hadid was celebrating with her new beau, which did not make it onto social media.

In 2019, Nicholson had a role in Jordan Peele’s horror film “Us” and appeared alongside Lana Del Rey on the cover of her Grammy-nominated album “Norman F - - king Rockwell!” He’s also in director Nicholas Jarecki’s upcoming movie “Dreamland,” with Gary Oldman, Armie Hammer and Evangeline Lilly.

This sort of reminds me of Bella’s brother Anwar dating Dua Lipa out of nowhere. It just seems like a mis-matched couple. Maybe Duke is getting some heat on his career, and maybe he has his grandfather’s charismatic way with women. But even then… I wouldn’t? And are all of these nepotism kids just going to date each other endlessly?