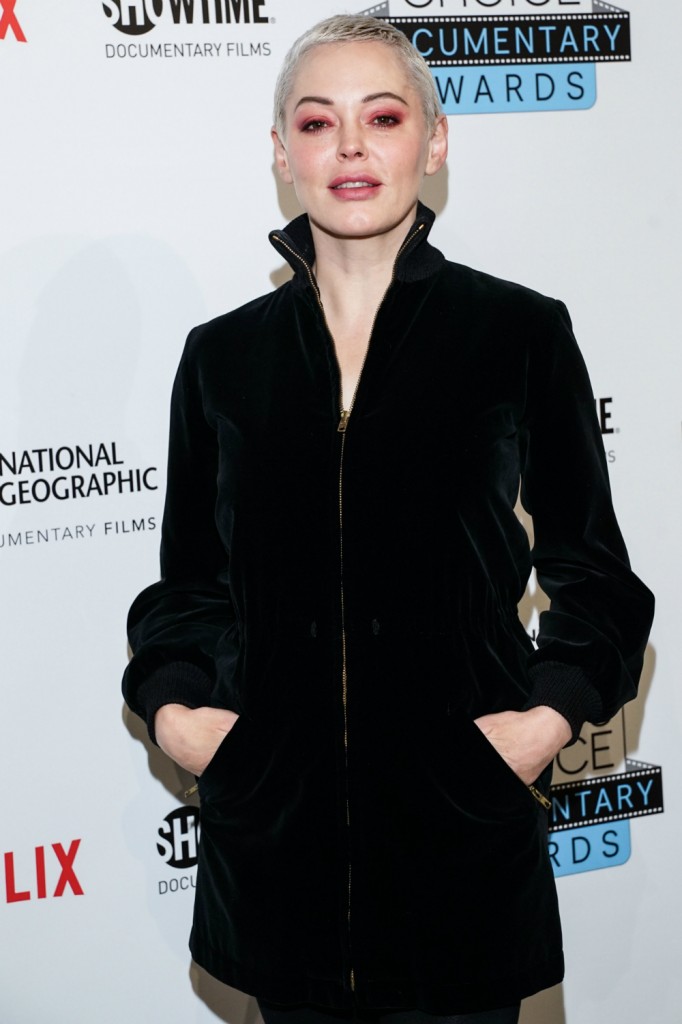 Sarah Jeffery, a star from the Charmed reboot, expressed dismay earlier this week at a video that original series stars, Rose McGowan and Holly Marie Combs, posted dismissing the news series. As we discussed, this was not the first time the former cast spoke against the reboot. After two years Sarah had enough. She called them “sad” and “pathetic” and said she would be “embarrassed to behave this way.” As we could have predicted, Rose saw Sarah’s tweets as a big ol’ red cape and lost no time stomping across the arena to respond. Her response was as graceful as her “lame lame lame lamertons” and “it suuuuuucks” critique of the reboot, which she has never seen:

Dear Sarah Jeffery,
I honestly had no idea who you were til you tweeted. I have been too busy fighting monsters & fighting for a massive Cultural Reset to notice who’s in the reboot. Absolutely nothing to do with race, that’s quite a stretch you took. I’m beyond glad any WOC has a well paying job. Hell yes to that. I’m sure you are a great actress. My quibble (google it) is about execs & producers & @wb network trading on years of my work & name in such a cynical and obvious way – a money grab to cash in on the Charmed name. I do not care that they remade it, I have far bigger things I’m dealing with. I do not nor will I watch a show I disagree with on principle. This is not my ego trashing the reboot, this is the criticism of creators (those are the ones who should be embarrassed) with little to no imagination making bank off years of us busting our ass to create a legacy that you are actually profiting off of as well. I care that Hollywood won’t stop making remakes that don’t need to be remade. It’s a formula that’s gone too far for too long. Mediocrity rules there, not just sociopaths. There’s no soul or heart in something made purely for profit whilst refusing to elevate and innovate. Reboots will always be the shadow, the originals will always be the sun. I wish you well.
Best,
Rose McGowan
NYT bestselling author of Brave, creator of Planet9, Cultural Resetter, Time magazine’s Person(s) of the Year, & too many other things to list.

Again, the original Charmed cast and creators have all lodged some valid complaints and I see where excluding everyone from the former series is insulting. And many of us believe Hollywood relies too heavily on remakes or reboots. But it’s disingenuous for Rose to pass her response off as if she has a larger point. She’s trying so hard to pretend she is above all of the pettiness and that her crusade is so great, she can’t even be bothered to know to whom she’s responding. It is obvious the Charmed reboot is living rent free in her head and has been for some time. If Rose knows nothing about Sarah, as she claims, why would she assume that Sarah would need to look up the term “quibble”? If Rose’s ego isn’t “trashing the reboot” then what is her ego doing when she refers to the reboot as a “shadow” following behind the original that is, and “will always be the sun”? Read Rose’s diatribe again with the understanding that, supposedly, the only thing Rose knows about Sarah is that she is a WOC. Yes, I’m going there, because that’s where Rose goes whenever she is backed into a corner. When Rose was called out for being a TERF, she used her trauma as a deflection rather than start a discussion with the trans community. Rose has a long history of ignoring, erasing or supplanting her struggles with those of POC. And considering Rose likely voted for Trump in 2016 and looks poised to do so again in this election, maybe she could hop on Google herself and look up why that might be a bad idea.

Since Sarah will probably rise above Rose’s bs, let me be the petty one: before Rose gets too far up on her high-horse about people profiting off of legacies that other people created, she would be well-advised to remember that she stepped into her Charmed role after it had already been carved out for her by Shannen Doherty.