Emma Roberts blocked her mom on Instagram for confirming her pregnancy 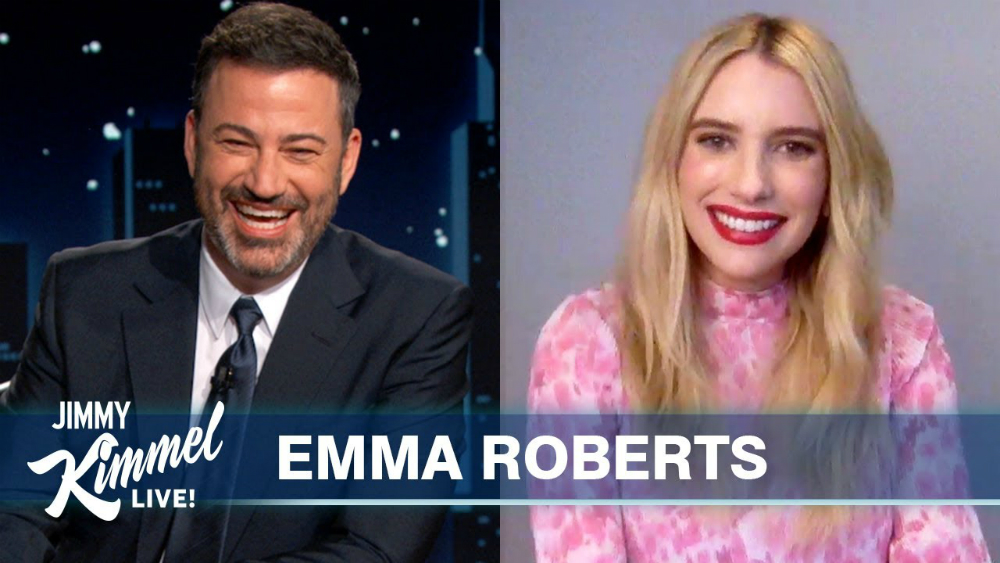 Emma Roberts is promoting her next project, Holidate, a romantic comedy on Netflix that I think we can all probably guess the entire plot from just the title alone. That doesn’t mean I won’t watch it, it just means I’ve seen 437 version of it already. Emma appeared on Jimmy Kimmel Live to discuss the film and the son she’s expecting with boyfriend Garrett Hedlund.

Neither Emma nor Jimmy are very high up my list of people I’m grooving on right now, but I have to admit, this was a very entertaining interview. The main topic was Emma’s mom, who is not social media savvy. Not only did she get catfished by a faux Jackson Browne, she accidently confirmed Emma’s pregnancy that Emma had been trying to keep on the downlow. When Emma confronted her mom, it sparked the Great Mother Daughter Instagram Battle that led to Emma blocking her mother as punishment for almost a full 12 hours! The Mom bit starts at 1:34. I’ll transcribe what I thought were the funny parts below:

On Emma’s mother and technology: You have to understand about my mom, she doesn’t own a computer and she had a flip phone up until three years ago. Literally, my friends would be like “why does your mom have a burner phone?” Because it was just a black flip phone with no camera, no nothing and it was very weird. And so for Mother’s Day I got her an iPhone, because I was like now we can FaceTime and iMessage and like how sweet. It was the worst thing I ever did. It was a mistake. It started slow, with like a Google alert on me, which she never had before so she’s like, “Emma have you seen this photo from 2010?” I’m like, “Yes I’ve seen that photo,” and so I was getting flooded.

On her mom getting catfished: Then she got Instagram, which was okay at first just a couple hundred followers, which grew to a couple thousand. She had no idea what she was dealing with and called me to say, “Do you know who’s been dming me?” And I was like, “Oh no, please don’t dm with anyone.” And she’s like, “Jackson Browne!”

“Mom, definitely Jackson Browne is not dming you.” And it took like my sister going through her phone to be like, “that’s not Jackson Browne.” She got totally catfished.

On confirming Emma’s pregnancy: It led to just interacting with my fans and you know just thanking them for all their pregnancy wishes. Oh God, it was a disaster! And I found it all out on a plane so I couldn’t get to her. I couldn’t call her or attack her. I messaged with her, ask her to please stop. My friends were sending me screen grabs, it was unbelievable. And then when I said to her, I said, “Mom, you revealed my pregnancy.” She goes, “Emma, you announced it.” And I said, “No, I didn’t – that was a tabloid.” She’s like, “Oh, oh I didn’t… that wasn’t clear.”

On the fallout: So then basically, we kind of laughed. We kind of got in a fight. I blocked her at one point, it was my only weapon. And she texted me at 2 am, “Queen did you block me question mark sad face” and I was like, “Yes, I did block you.” And then I unblocked her and it’s been an Instagram war with my mother that I never saw coming. So you know you know it’s a good story to tell the baby.

I just like the turns that story took. It started off with a flip phone and no computer and ended in a battle that had her mom blocked. Alas, all was rectified with a 2AM text. Fortunately for me, it takes my mother about an hour to construct a text and send it, so should she ever get the notion to text me at that time in the morning, at least I’ll get the extra sleep. I’m oddly charmed with Emma’s mom referring to her as Queen. Wonder if this is something I can get going on my end?

Right after the mom story, Emma legitimately confirmed she’s having a boy, which she said surprised her because she was convinced she was having a girl. She was so convinced, she told Garrett he could name the baby if it was a boy, which she now has to deal with. This made me laugh because I had kind of a hard sell boy’s name I wanted for a son. Fortunately, my husband loved it. Because he embraced it, I said if our second was a boy, he could name it whatever he wanted. It was only then that I found out what he’d always wanted to name a son – oh my gawd, thank goodness we had a girl. Careful what you promise your co-parents, folks! Jimmy asked Emma her favorite rom com and she replied, My Best Friend’s Wedding. She listed very valid reasons for liking and then acknowledged, “yes, it happens to have my aunt in it.” As I said, she’s not exactly my favorite, but I have to admit, Emma is clever. Practiced? Probably, but clever. 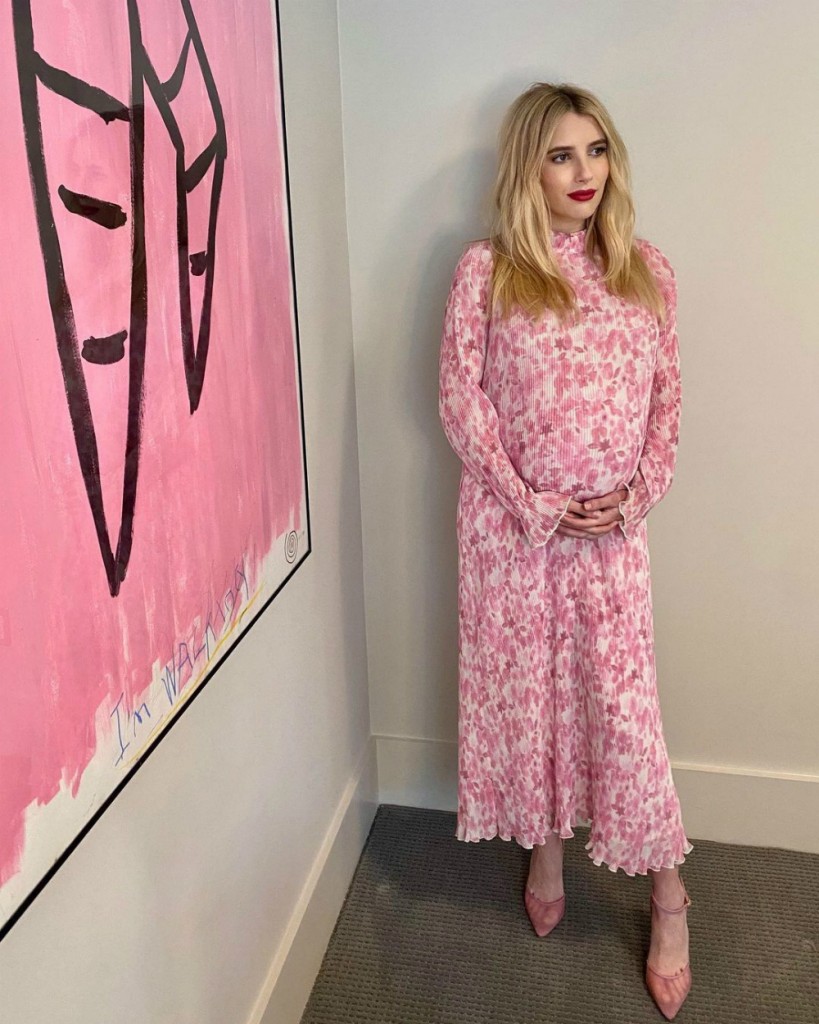