In June, Us Weekly reported that Emma Roberts and Garrett Hedlund were expecting their first child. At the time, I was like “wait, they *just* started dating and they were only hooking up, right?” Wrong. They’ve actually been happening for more than a year. They were first seen together in March/April 2019, and while the rumor at the time was that it was just a noncommittal hookup situation, they seemed to be seriously dating and maybe even exclusive for a year before she got knocked up. That being said, sources still claimed that it was a “surprise” pregnancy.

I wondered if Emma would even bother confirming the news on her social media, or with a statement to People Magazine or something like that. Turns out, she did. She posted the Instagram above last night with the message “Me…and my two favorite guys.” So she’s expecting a boy. Meanwhile, Kirsten Dunst seethes! (No, she’s fine. But damn, this is exactly what Kiki wanted from Garrett.)

Not that every expecting couple has to get married, but… am I the only one surprised that they’re not announcing this with an engagement? They both seem like the type to get married because they’re having a baby. I don’t spy a ring anywhere. And sheesh, these photos are super-awkward! Congrats to them though, Garrett is a hot piece and the baby will be gorgeous. 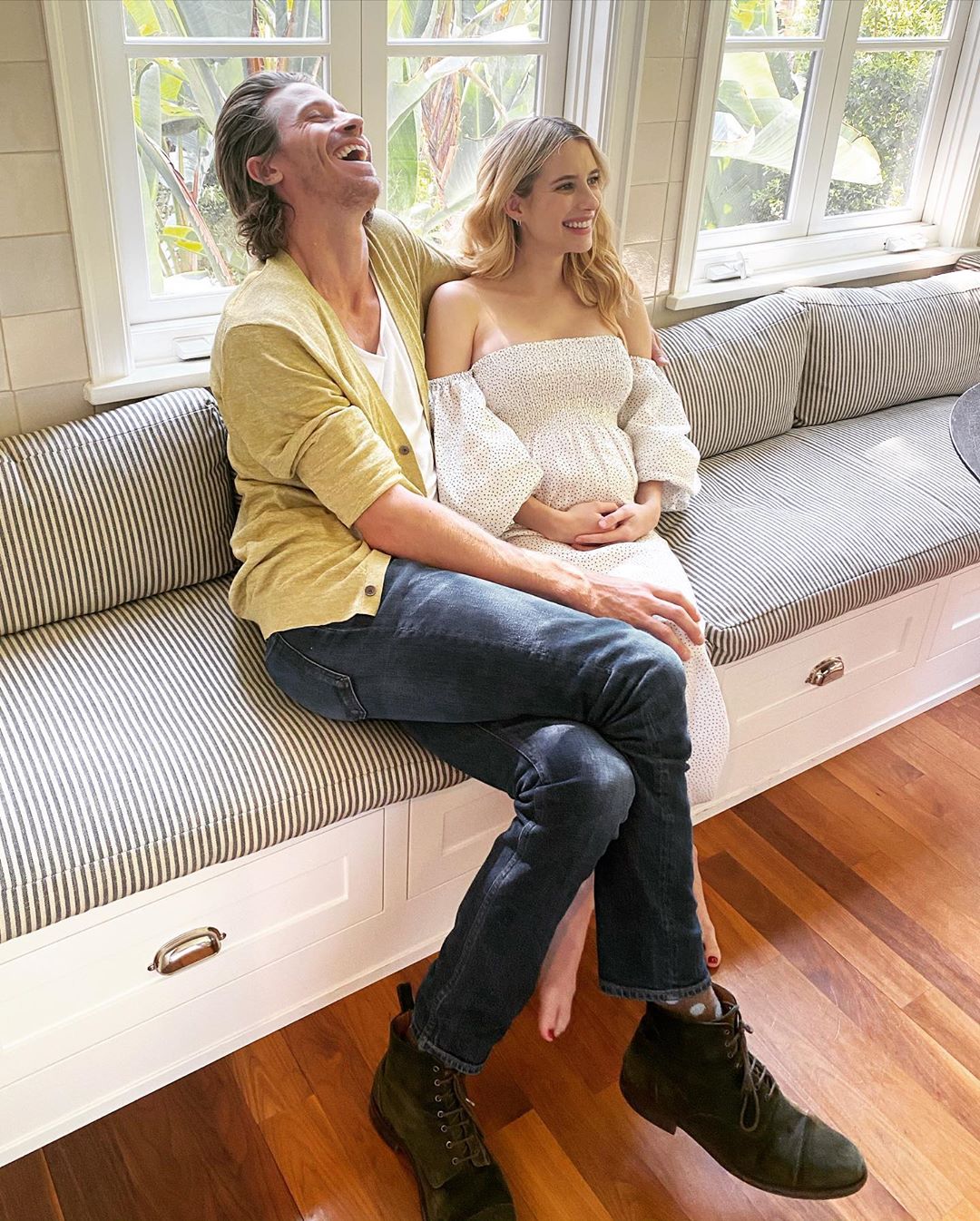