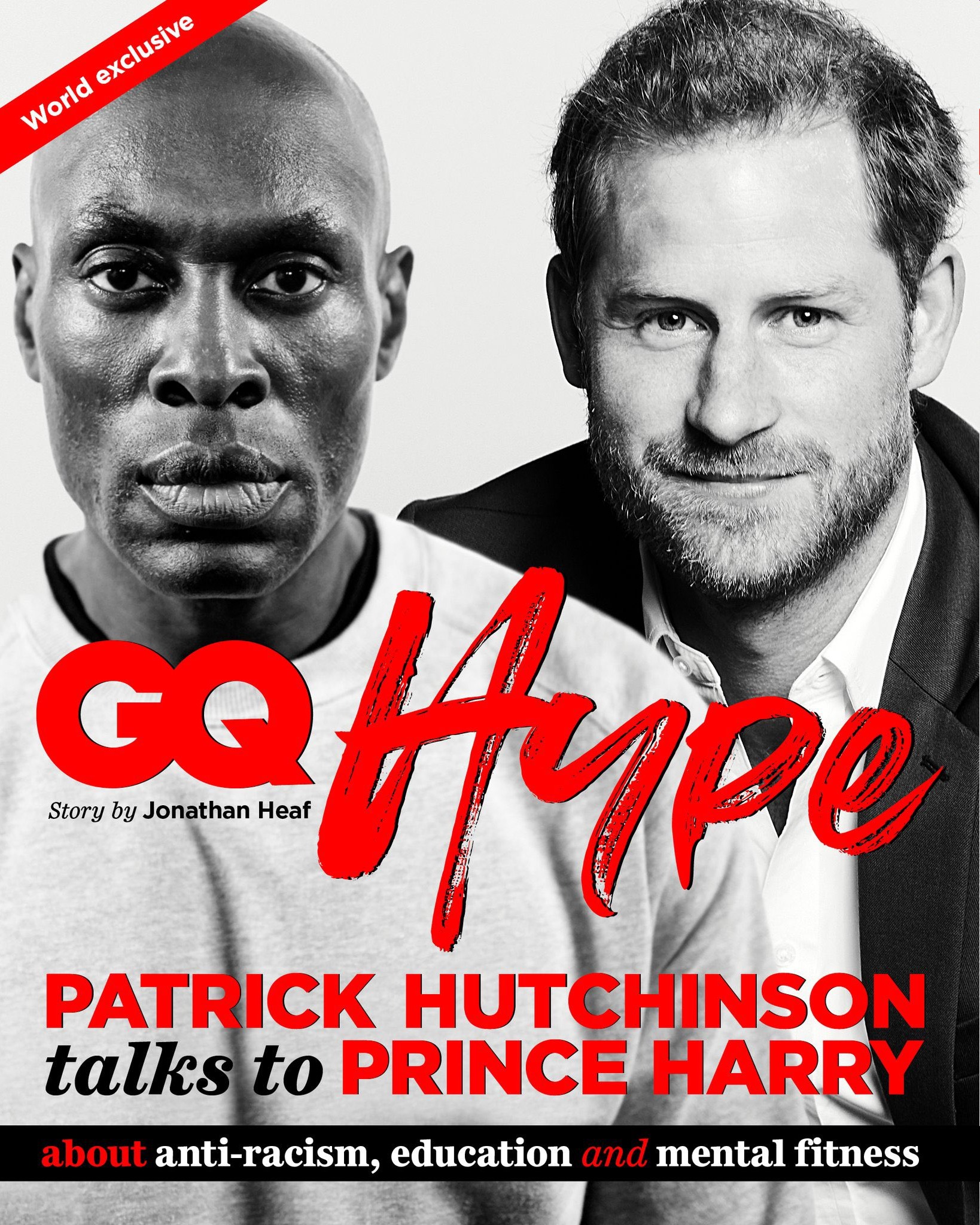 In June of this year, there were widespread Black Lives Matter protests and counter-protests in London. At one point, there was a clash, and pro-racism “protesters” and BLM protesters got into some conflicts, and the cops were there too and it was all one big clusterf–k. In the melee, one of the racists got injured and a BLM protester named Patrick Hutchinson lifted the racist up and carried him out of harm’s way in what became iconic footage and iconic photos. Hutchinson has become something of a celebrity in the UK now, and he’s been given some platforms to speak about racism and BLM in the UK. And now this: a Zoom discussion with Prince Harry for the GQ Hype issue.

I’m including the video at the end of the post, and you can read the full transcript of their conversation here. Harry is clearly interviewing Patrick, not the other way around, and Patrick comes across as a completely lovely and thoughtful everyday hero. At one point in the conversation, Harry does speak at length about unconscious bias and ignorance. It really is remarkable to hear a 36-year-old white man, a blood prince raised in the cushion of privilege and wealth, speak about his own journey of self-education on race:

“You talk about unconscious bias to start with, which you and I both know is a huge thing globally. But, yes, it exists in the UK as well… Because as we know, the information that is put in front of us, they choose how to deliver it. And it can come to us with an element of bias or it can come with a sensationalist headline that just aggravates people…

“And no one’s blaming anybody. That’s the way that I look at it. No one’s pointing the fingers. You can’t really point fingers, especially when it comes to unconscious bias. But once you realise or you feel a little bit uncomfortable, then the onus is on you to go out and educate yourself, because ignorance is no longer an excuse. And unconscious bias, from my understanding, having the upbringing and the education that I had, I had no idea what it was. I had no idea it existed. And then, sad as it is to say, it took me many, many years to realise it, especially then living a day or a week in my wife’s shoes.

“…For me, it’s down to a more diverse perspective, otherwise you’re just perpetuating that bias. And I think one of the most dangerous things is people within positions of power, whether it’s politics or whether it’s the media, where if you’re not aware of your own bias and you’re not aware of the culture within your system, then how are we ever going to progress? How are we ever going to get to that point where there is more fairness? Because it’s not a zero-sum game, right? Everyone benefits if the black community gets treated the way they should be treated… Every day is a learning process. And it’s not actually up for debate. These are the facts. This is what’s happening. And it’s been very interesting for me to sit through or live through this in America.

But again, it’s going to take every single one of us to really change things and anyone that’s pushing against it really needs to take a long, hard look at themselves in the mirror. Because as I said, this isn’t black versus white. As you quite rightly pointed out, now in 2020 we have protestors of every colour, every background, every religion, every age. This is a global movement. The train has left the station. If you’re not on it now, then get on it because there’s so much that we can do. And being a dad myself, the whole point in life, I guess, for me, is to try to leave the world in a better place than when you found it.

*sips tea and looks at the clock* I predict that by the end of business today, we’ll be hearing about You Know Who being incandescent with rage about all of this. I bet it’s upset some courtiers too. And while this isn’t the point, I love the “process” of this – the fact that editors at British GQ got Prince Harry to conduct this interview, and that Harry was perfectly willing to speak at length about his own bias, his own privilege, his own journey of educating himself about race and racism.