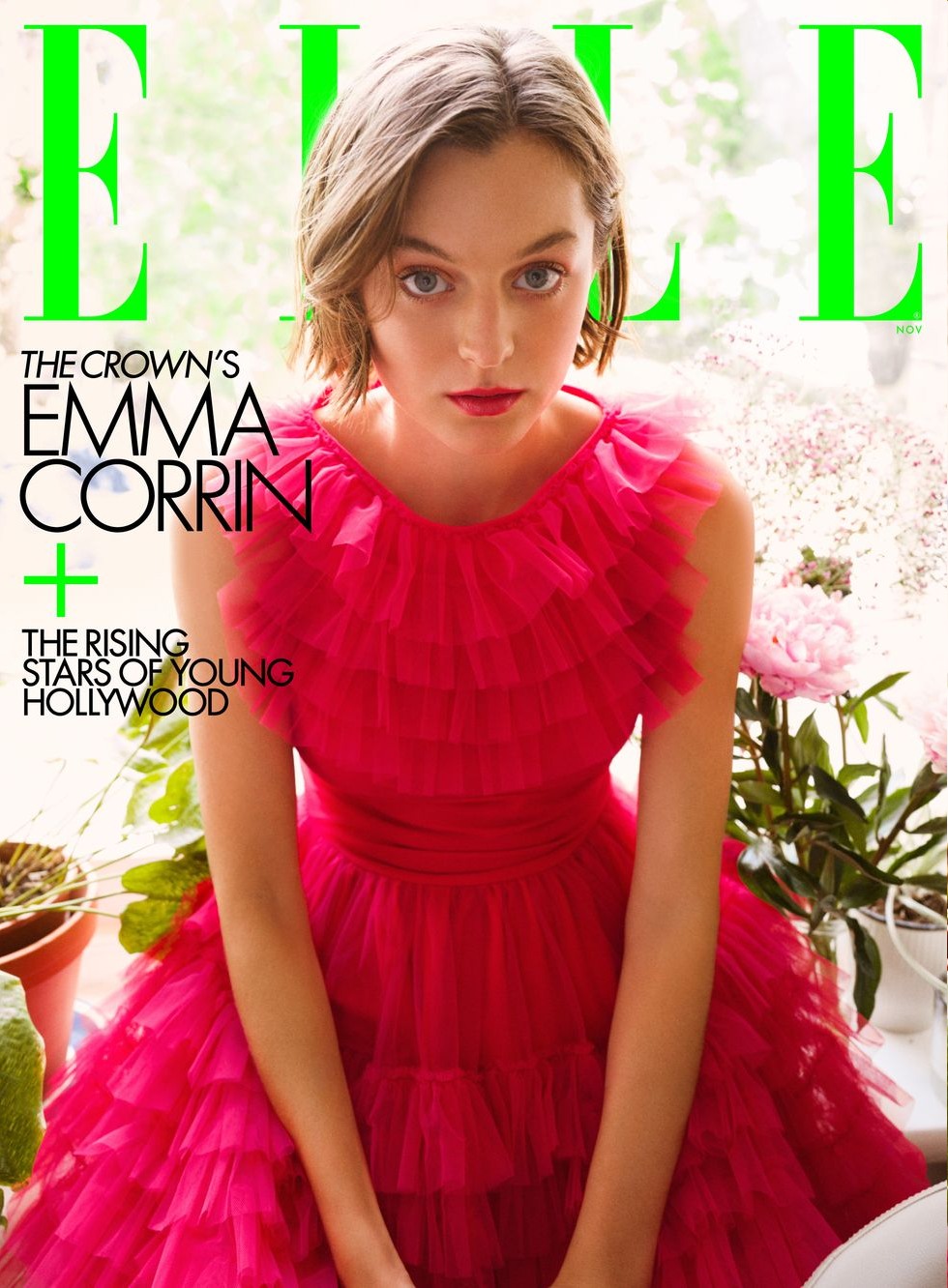 Emma Corrin covers the latest issue of Elle to promote her role in The Crown. She’s the young Lady Diana Spencer-to-Princess of Wales. I read something which I had never realized about the Crown, which is that Peter Morgan organizes the seasons by prime minister, not by the phases of the royal family. Season 4 is all about Margaret Thatcher’s reign as PM. Which is why it feels like they’re maybe trying to jam too much of Diana’s life into one one season? Diana apparently goes from 16 to 28 in this season. Hm. Anyway, Emma talks about all of that and more in this Elle piece. Some highlights:

The highs and lows of playing Diana, likely similar to what Diana experienced. “All these feelings of excitement, the novelty of it, the fear and the confusion, that’s all what she would have been feeling. Exactly, like play by play… I live in a flat with my three best mates from university, none of whom are actors. It keeps you grounded. I never want to get lost in it.”

Having to dance as Diana: “It’s so funny because I’m notoriously not a dancer. I’ve got very long limbs and for the best part of my life, they’ve been very uncoordinated. Someone at school said I dance like a spider, and I’ve never got beyond that. It’s always been a running joke in my friendship groups. I do 5Rhythms a lot. It’s like dance meditation. You go into a room and there’s a DJ and it’s in the evening, completely sober, and it’s spiritual. You can just move and dance however you want. I love that kind of expression. For Diana, that’s what dance was. In the series. you see it’s her way of communicating and dealing with her feelings. Through that lens, I was able to find the process of learning jazz, tap, and ballet from nothing, less intimidating. I could understand where it came from. Learning ballet at 24 is the worst. It’s almost impossible. It’s one of those things you need to learn [as] a kid.

The Diana costumes: “The costume and the wigs had such a huge effect especially in the trajectory of her character across the series. We meet her dressed as a tree when she is 16. You leave her in this insane dress when she’s become a woman. Her clothing tells the story of her coming of age in a way that speaks for itself.

Lady Diana Spencer didn’t really have great style: “She’s got yellow overalls. The public knows her as the woman and not the child. Actually, the child is one of the most important parts of understanding her. Especially in episode 3, you see where she came from—a young girl with no real experience being tossed into this world that was about to eat her alive. The costumes show that she’s not just shoulder pads and power suits.

Whether she has anything other than The Crown happening: “No, I’m not actually. It’s a combination of lockdown and waiting for The Crown to come out. I sort of haven’t been able to focus on anything else, but I’m developing a few things.

I’m just reminded that The Crown would have been Emma’s big “a star is born” moment and in any other year, she would have been booking projects right and left just on the HYPE of her performance, but the pandemic has probably screwed that up. As for what she says about dancing… I found that charming. Diana was such a dancer and she knew how to use her body and her height with such grace. And yeah, it would suck to try to learn ballet as an adult.

New photos of #TheCrown season 4 are here, with a closer look at #EmmaCorrin as #PrincessDiana—and the resemblance is uncanny. ➡️ Click the link in bio to see all the stills and for everything we know about the upcoming season.

9 Responses to “Emma Corrin: ‘Learning ballet at 24 is the worst. It’s almost impossible’”