Kanye West voted for himself, conceded and then announced his 2024 plans 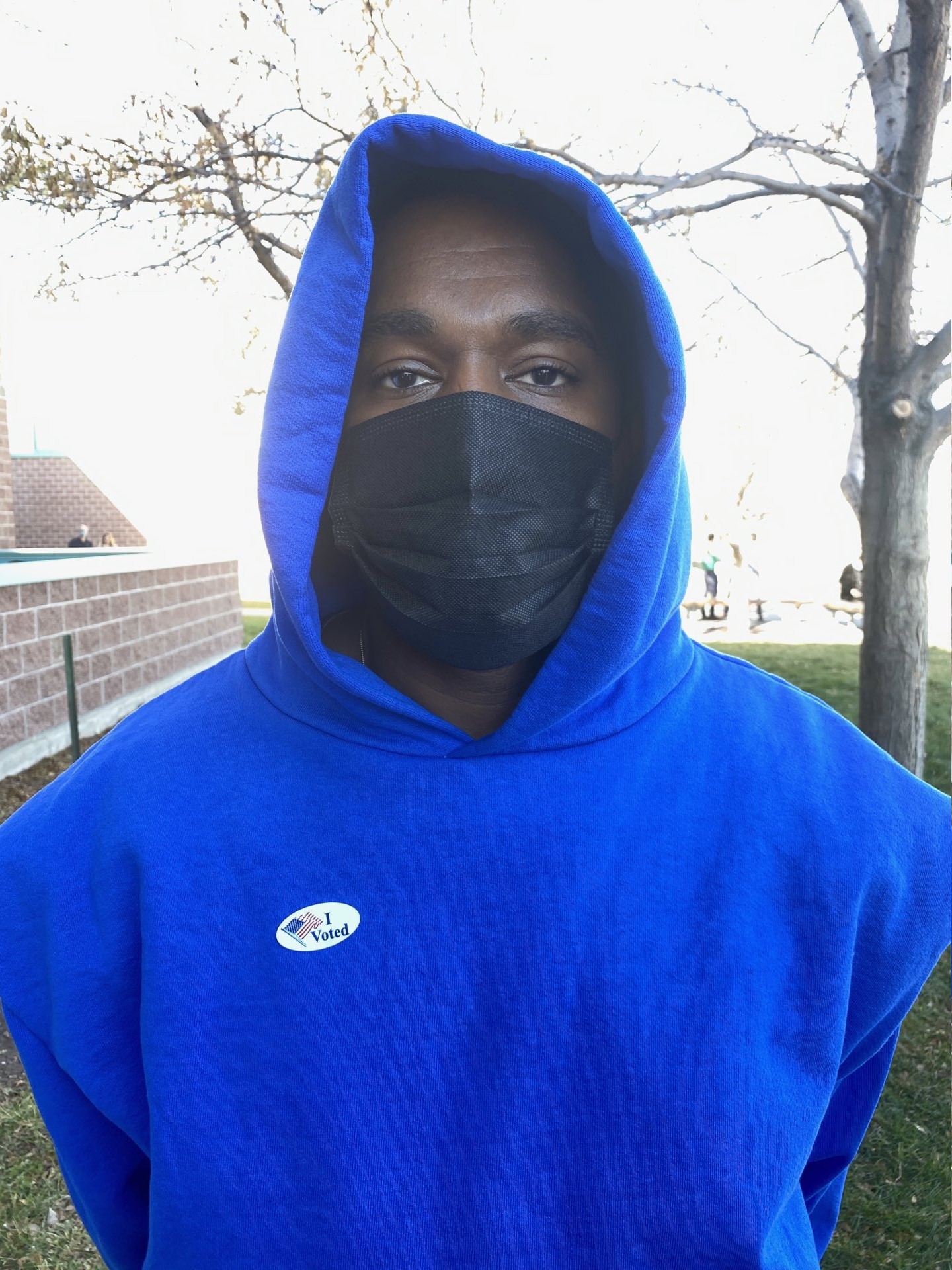 Kanye West appeared on some state ballots, mostly because of the efforts of Republican operatives who wanted him to pull enough votes from Joe Biden in certain states. It was just one of the many ratf–king ways the Trumpers screwed with the election. Kanye did get some votes – 1,265 souls voted for him in Vermont. That’s not funny and think about how f–king dumb and privileged you have to be to do that.

Anyway, it was Kanye’s first time voting because despite his ever-present MAGA hat, he was too stupid to actually vote in the 2016 election, or any election before that. Dude didn’t even vote for Obama (Obama will forever be The Man for calling Ye a “jackass”). Kanye voted for himself in Wyoming, and he basically live-tweeted the whole thing:

After he wrote-in his name, Kanye later “conceded” and announced his 2024 plans:

Can we not? Yeezus Christ.

Meanwhile, Kim Kardashian posted her “I Voted” selfie and she made the photo black-and-white, like we weren’t supposed to know that she wore a red dress. Red dress = voting Republican? Yeah, so obviously, people had questions about who Kim voted for. It’s a toss-up – did she write-in Kanye? Did she vote for Trump? Or Biden? She’s not saying.

If you are in line when the hours of operation close at the polls, they are required to stay open and allow you to vote, so do not get out of line. pic.twitter.com/QXsU4JPdCw

31 Responses to “Kanye West voted for himself, conceded and then announced his 2024 plans”