I know Prince Charles is still on a lot of people’s sh-t lists, and maybe he deserves to be there because of all of The Crown shenanigans and hate campaigns and his utter silence on the Sussexes. But! I still enjoy Charles, especially when he’s talking about interesting stuff which he’s passionate about. Charles is passionate about so much, and in such a real way. His older son play-acts his vague “interest” in various topics, whereas Charles is perfectly capable of speaking off-the-cuff, without notes, for hours on end about substantial issues involving the environment, the economy, the arts and yes, fashion.

Charles granted an exclusive interview to British Vogue, which was conducted by EIC Edward Enninful. The piece is lengthy and Charles speaks at times in these absolute monologue bricks about sustainable fashion and the environment, but it’s really interesting! It’s a great interview and I would suggest reading the entire thing. Some highlights:

His “Buy once, buy well” motto: “Well, I’m one of those people who hate throwing anything away. Hence, I’d rather have them maintained, even patched if necessary, than to abandon them. The difficulty is, as you get older, you tend to change shape, and it’s not so easy to fit into the clothes. I can’t bear any waste, including food waste; I’d much rather find another use. Which is why I’ve been going on for so long about the need for a circular economy, rather than a linear one where you just make, take and throw away – which is a tragedy, because inevitably we over-exploit natural resources that are rapidly depleting.

The idea for The Modern Artisan, a training program for high-end fashion & sewing skills: “Well, two years or three years ago, we went – my wife and I – to visit the Yoox Net-a-Porter headquarters. And that was when I met Federico Marchetti…Who I found very enjoyable. I said to him at one point, “You ought to come and see what we’re doing at Dumfries House,” because we’d started a textile training project in high-end fashion and sewing skills. As you know better than I, these things are in shorter and shorter supply, because the older generation are coming to the end of their working lives, and not enough attention has been paid – sadly, I’ve always felt – to vocational education. So I was talking to him about it. He came to Dumfries House, saw what we’re doing, we talked further – and that was where the idea came from, to link Italian design students at the Politecnico di Milano with students here in Scotland; that link with Italy is so critical, I think.

Maintaining & promoting British fashion: “Well, it’s absolutely critical, because the British fashion textile sector is of enormous importance. But the trouble is, it requires constant investment in young people and in the development of real skills. We were told when we first came to Dumfries House that nobody was interested in anything like textiles. And of course, when we contacted colleges and we got people together, it transpired that in fact there was huge interest; so we developed our atelier system to promote the traditional skills that are so vital – whether it’s embroidery or sewing or cutting or tailoring, all these things are in short supply. And a lot of the students we train here are snapped up by local firms – the ones that are left in the textile sector. But it seems to me there are huge opportunities, particularly now, within the whole sustainable fashion sector, to counter this extraordinary trend of throwaway clothing – or throwaway everything, frankly.

His personal style: “I thought I was like a stopped clock – I’m right twice every 24 hours. But no, I mean, I’m very glad you think it has style. I mind about detail and colour and things like that – and colour combinations. I’m lucky because I can find marvellous people who are brilliant makers of the things that I appreciate, and because of that, I try to keep them going for longer.

He wore an 1984 suit by Anderson & Sheppard to the Sussexes’ wedding: “I’ve considered [wearing a new suit]. But in the case of that particular morning coat, as long as I can go on getting into it, I only wear it a few times a year, in the summer, so obviously you want to keep those sorts of things going. But if I can’t fit into them, then I just have to have something new made. But I’m not sure quite how radically different they can be at my age.

Wardrobe maintenance: “Well, I’m lucky, because there are kind people who help with these things. But yes, I happen to be one of those people who’d get shoes – or any item of clothing – repaired if I can, rather than just throw it away. And that’s why I think, from an economic point of view, there are huge opportunities for people to set up small businesses involved with repair, maintenance and reuse. Which is one of the reasons I’ve tried here, at Dumfries House, to start a kind of thrift market for precisely that purpose, where you can bring things in – whether it’s electrical appliances or anything – to be mended. When I was a child, we used to take our shoes down to the cobbler in Scotland and would watch with fascination as he ripped the soles off and then put new soles on.

I really enjoyed hearing about the projects he’s got in and around Dumfries House. His work there was highlighted in the documentary Charles at 70. Basically, Dumfries House is one of the grand properties of Scotland with an unrivaled collection of antique furniture. Charles and some investors organized the purchase of the estate and the collections therein. Now Charles uses that investment to revitalize the local Scottish economy around Dumfries, with work programs and training programs, including the textile/atelier training program he’s highlighting in this interview. It’s fascinating to see how Charles organizes this stuff and how his mind works. As for Charles’ personal fashion… his style was always seen as old-fashioned when he was younger, but now every man wants to dress like him, with beautifully cut suits and everything handmade, personalized and traditional. 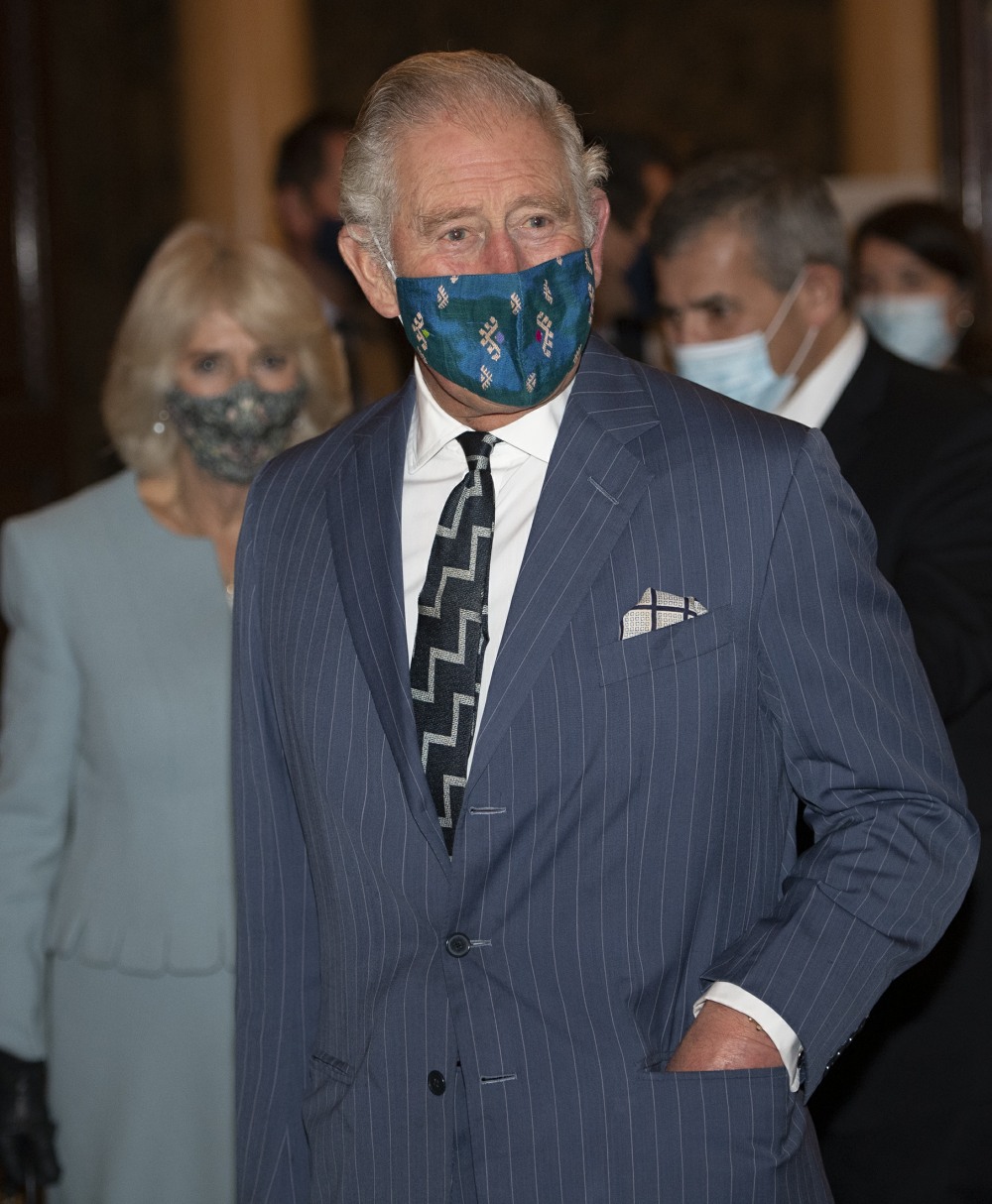