Sen. Chuck Schumer: ‘This is nothing more than a temper tantrum by Republicans’ 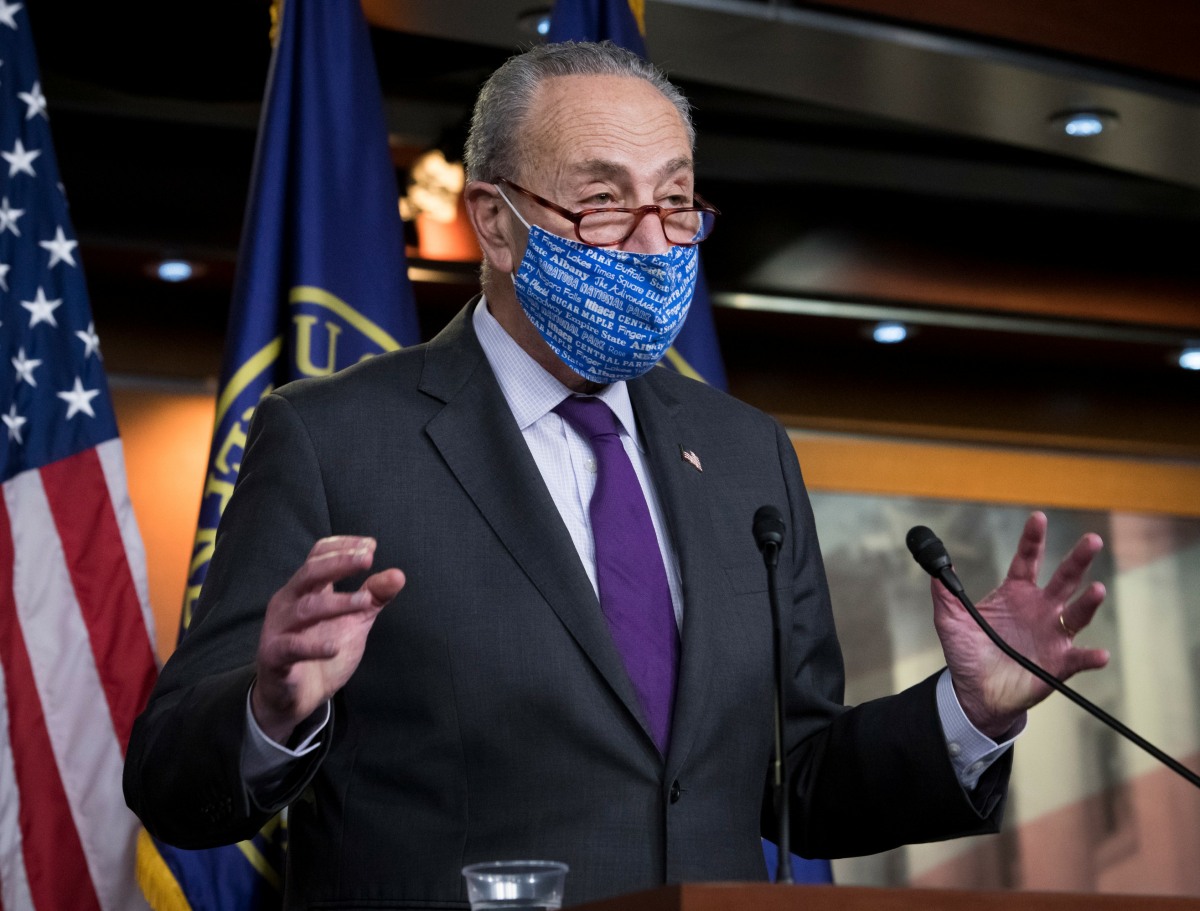 A lot of people have been tearing out their hair claiming “Joe Biden needs to do this” or “Joe Biden should sue” this week. I get it, it’s fun to speculate. But President-Elect Joseph Robinette Biden has people now. He doesn’t have to act as his own attack dog. He can rise above the cacophany of MAGA bullsh-t coming out of the Republican Party. He also rolls deep with long-time Democratic allies who love and respect him. So instead of going out yesterday and attacking these dipsh-t Republicans, he got Senate Minority Leader Chuck Schumer and Speaker of the House Nancy Pelosi to clap back. The actual purpose of this joint conference was to talk about the pandemic, which the Trump administration has signaled that they are not going to do anything about in their final 60-some days. But here’s the stuff about how the GOP is full of losers and a–holes.

I appreciate that they both framed the Republican “temper tantrum” about the election results within the larger context of the pandemic which is crushing the American medical system. The point being, the Republicans are too busy dismantling democracy to get off their lazy asses and do something about the pandemic, like agree to a real stimulus bill. Here’s what Schumer had to say:

Schumer said the results of the 2020 presidential election cannot be compared to the 2000 election, which came down to Florida and a difference of several hundred votes. “Joe Biden’s victory in the Electoral College has been secured by several states, where tens of thousands of votes separate the candidates,” he said. “Joe Biden leads Wisconsin by 20,000, Pennsylvania … 50,000, Michigan … 146,000. That’s the facts. Biden’s won. Nothing Republicans or Trump can do will change that.”

Republicans need to “stop deliberately and recklessly sowing doubt about our democratic process” and denying reality and accept that Biden is the president-elect, Schumer said. The New York Democrat said Trump’s “frivolous lawsuits have less than a snowball’s chance in hell of succeeding.”

This is some of the strongest language coming out of the Democratic caucus and I have no doubt that Schumer and the president-elect have probably spoken a few times. That being said, it’s not like Schumer needs Biden’s permission. This is how Schumer really feels. And more Democrats should be stepping up and saying the exact same thing. So should journalists.

11 Responses to “Sen. Chuck Schumer: ‘This is nothing more than a temper tantrum by Republicans’”