I still remember when we used to do those Hot Guy Friday posts – God, those were a pain in the ass – and CB would argue for Michael B. Jordan’s inclusion. This was years ago, before Black Panther, before Creed, before Fruitvale Station even. She liked him on Parenthood, and back then, I didn’t really see it. Fruitvale Station made me see it – it was a star-making performance which deserved all of the awards (few awards were given for it). Then came everything else, a decade of MBJ becoming everybody’s favorite bae. And so this is well-deserved: MBJ is People Magazine’s Sexiest Man Alive for 2020. Some highlights from his People interview:

Being named SMA: “It’s a cool feeling. You know, everybody always made that joke, like, ‘Mike, this is the one thing you’re probably not going to get.’ But it’s a good club to be a part of.”

His work off the screen: His company, Outlier Society Productions, was the first to adopt an inclusion rider, which mandates that filmmakers enlist a diverse cast and crew. And the actor has been active in the Black Lives Matter movement and this year’s election. “I think there’s a time and a place for everything,” he says. “I’ve been picking my moments to make the most impact. We can all take action—big or small—to help create the change we want to see.”

His family grounds him: “My mom and dad sacrificed so much to provide for my sister, brother and me. I’m just grateful. Honestly it’s like they all have had such an impact on me and who I am and how I approach each day. Without that, a lot of things about me just wouldn’t be the same. So it all comes back to that foundation. I’m really thankful for that.”

His interests, his confidence: The single actor, who when not working relishes driving cars, cooking and playing video games, insists the secret to his confidence now was “fully realizing that you can’t make everybody happy. You could have all the good intentions in the world, and you’ll still get controversy or some type of negativity thrown your way. Sometimes you’ve just got to trust the universe, you know? You’ve got to just believe in yourself and do what you feel is really right. I think that adds up.”

The aunties are happy: As for who will be most excited for his new title, Jordan insists the women in his family “are definitely proud of this one,” he says. “When my grandmother was alive, it was something that she collected, and then my mom naturally reads it a lot and my aunts as well. This is one that they’re definitely going to have a special place for.”

Where he sees himself in 2030: In 10 years, Jordan — who will next star as a former Navy SEAL-turned-CIA operative in Tom Clancy’s Without Remorse — hopes “to be maybe directing a little more, acting less, producing a lot more. Just growing, whatever the next evolution of me is. Hopefully a family by then, I’m going to throw that in the universe. I want to make an impact all over the world and not just through the roles that I play.”

The “you can’t make everybody happy” thing is funny because I guarantee that MBJ is probably going to be the most popular choice People Mag has made in years. MBJ is a hit with so many demographics – older women love him, younger girls love him, gay peeps love him, people of all races love him. He’s just beautiful and talented and he seems like a great guy. Hopefully this just cements it for everyone, the fact that he’s a major A-lister. 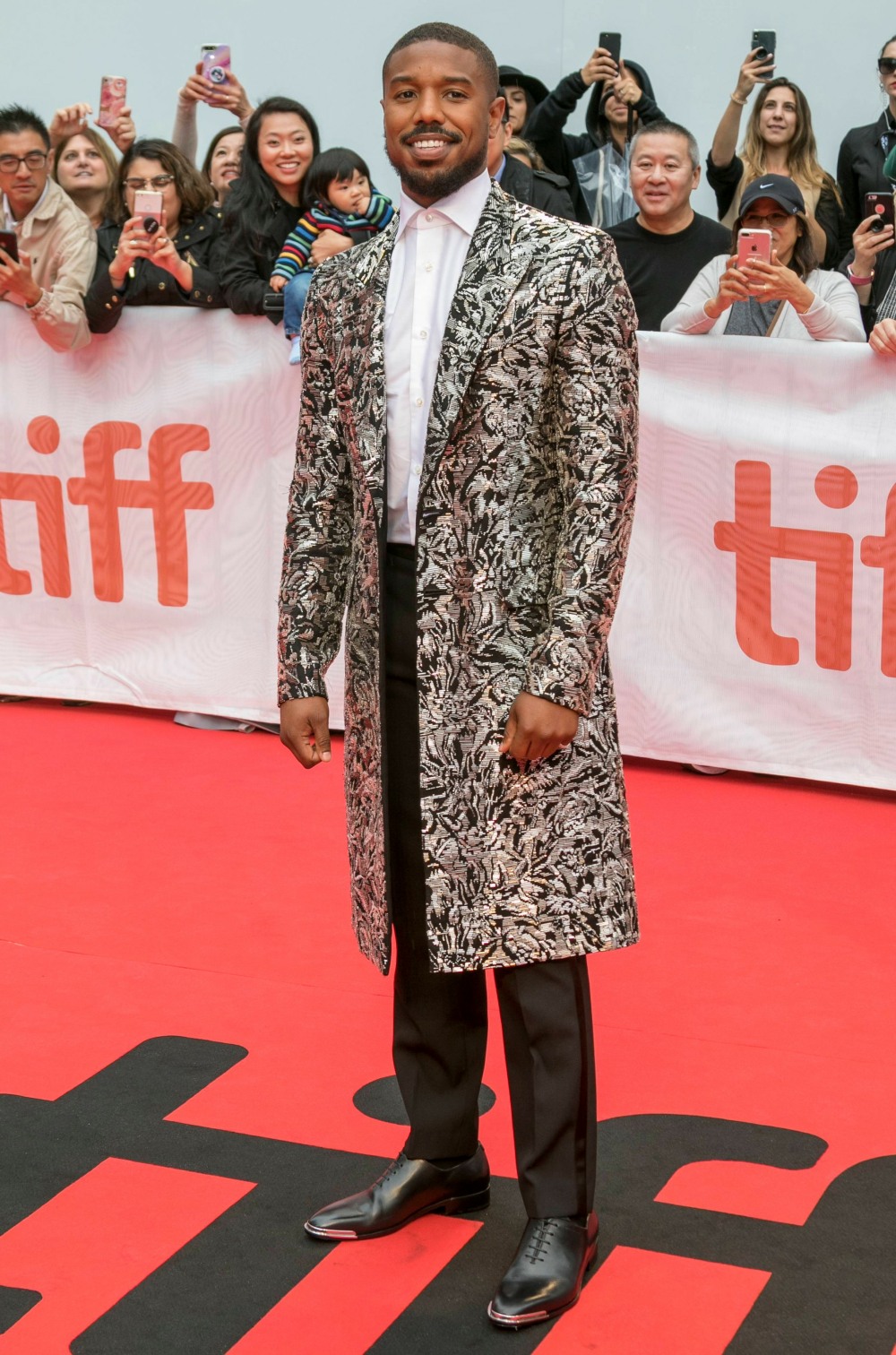