Amy Adams says she’s more social in lockdown than she was before, same 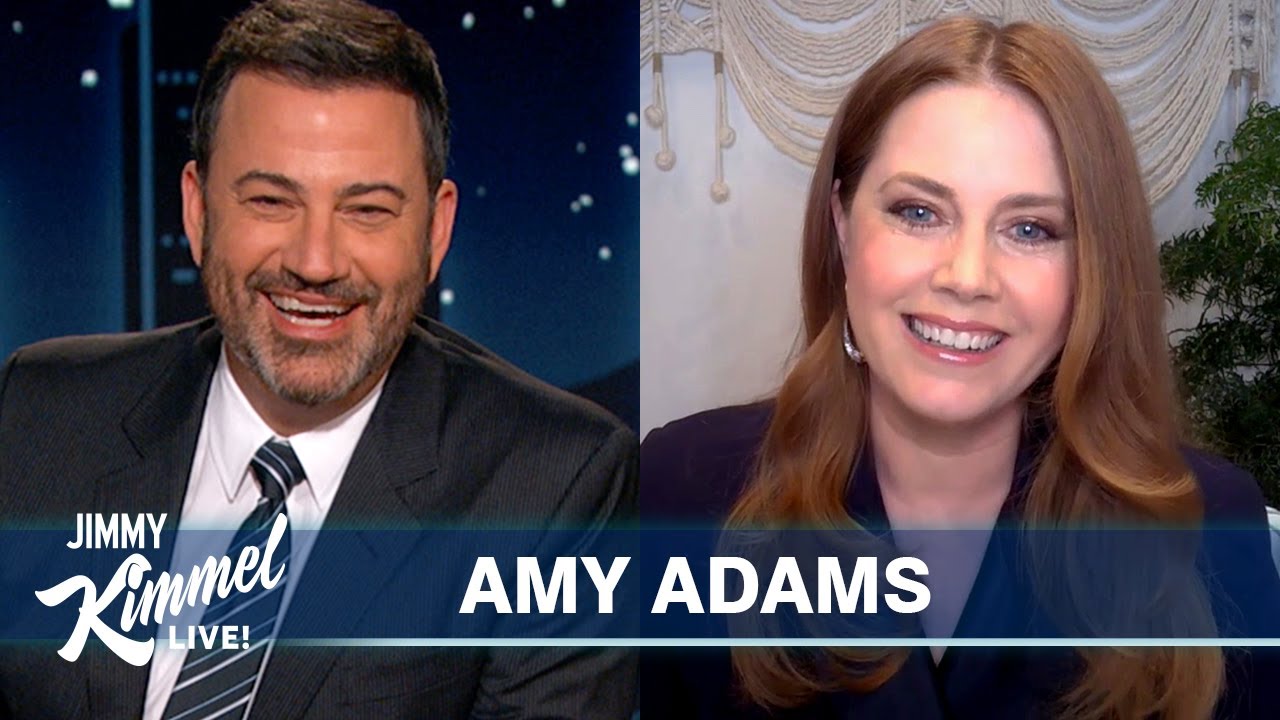 Amy Adams had a cute interview with Jimmy Kimmel to promote Hillbilly Elegy, costarring Glenn Close. It’s on Netflix but it’s getting trounced in reviews so I doubt I’ll watch more than clips. Amy and Glenn are two of the most-nominated and most overlooked by the Academy. That could change for one or both of them with this film. On Kimmel Amy was charming and down-to-earth. It’s been a while since I’ve seen her interviewed since she’s always been good-natured and sweet. I especially liked how she described her remote social life and I wanted to talk about that. She has movie nights once a week with a group of people online and she randomly Facetimes her friends. I guess most of them have iPhones then. That makes me wonder if the celebrity set are using iPhones more than the rest of us. Here’s some of what she told Kimmel and the video is below.

It takes some getting used to to be home this much. I’ve actually become.. Way more social. I have a zoom moms group we get together and sort of talk
About our concerns and cares and then I do something called a facetime people in my contact group to see who will answer.

I do a movie night once once a week. We watch a movie and then do a quiz. A group of friends invited me to it which I’m grateful for. Every week we watch a best picture nominee starting from 1960 we’re in the 80s now so it’s been a while.

I haven’t seen like movies I really should have seen so this has been great for me. I saw the deer hunter which I hadn’t seen and godfather one and godfather two.

I have a retroactive crush on Robert De Niro. I have a crush on him in the 70s. That’s what I’m getting out of movie nights not some sort of deep education about cinema but just that Robert De Niro is really hot.

Amy is one of us, lusting over young Robert De Niro. As for randomly videochatting people, I don’t even call anyone except my mom without asking first! All my Zoom calls are set up ahead of time. It’s wild that she Facetimes people without checking with them first, but they don’t have to answer I guess. I love that she’s watching all the Oscar-winning films with friends remotely. That’s a great way to structure your week. Just last week I started Zooming with people to watch a show together and I’m surprised how much I like it. All you do is queue up the show at the same time and as long as it’s not too loud you usually don’t hear an echo. I could also relate to her saying she’s more social now than before. I really listen to people more than I used to and we discuss more important things. That’s all we can do now (other than watching a show) since we’re not doing many activities together. There’s more depth to my conversations and friendships, which has been a silver lining. I enjoyed listening to Amy because she made me realize some things about my social life.

Here’s that interview! Amy says she wears wigs for Hillbilly Elegy, which she prefers because it’s easier. Jimmy makes her feel guilty about getting a smaller turkey for Thanksgiving, which is funny.

Amy on March 3rd going to the hair salon: 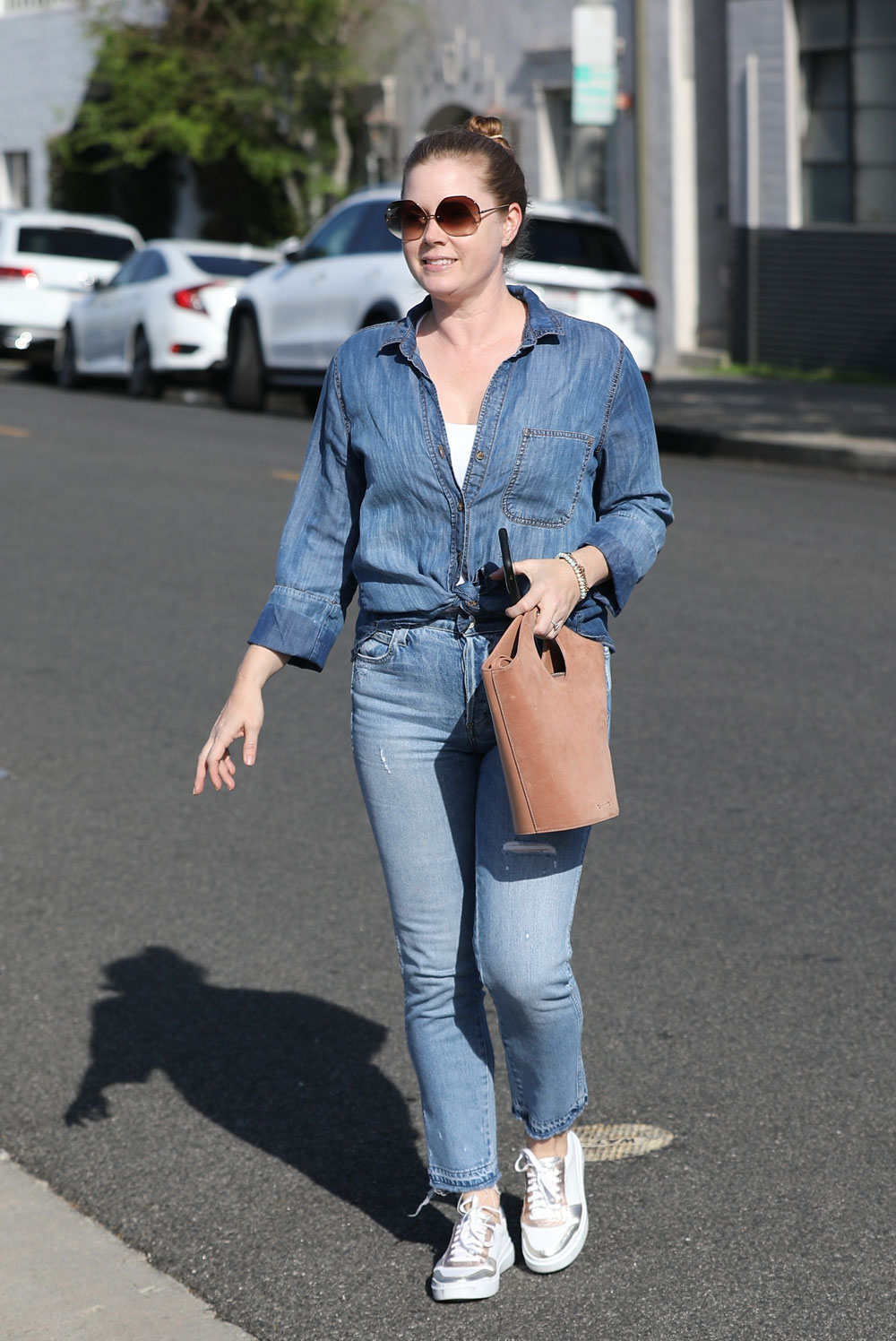 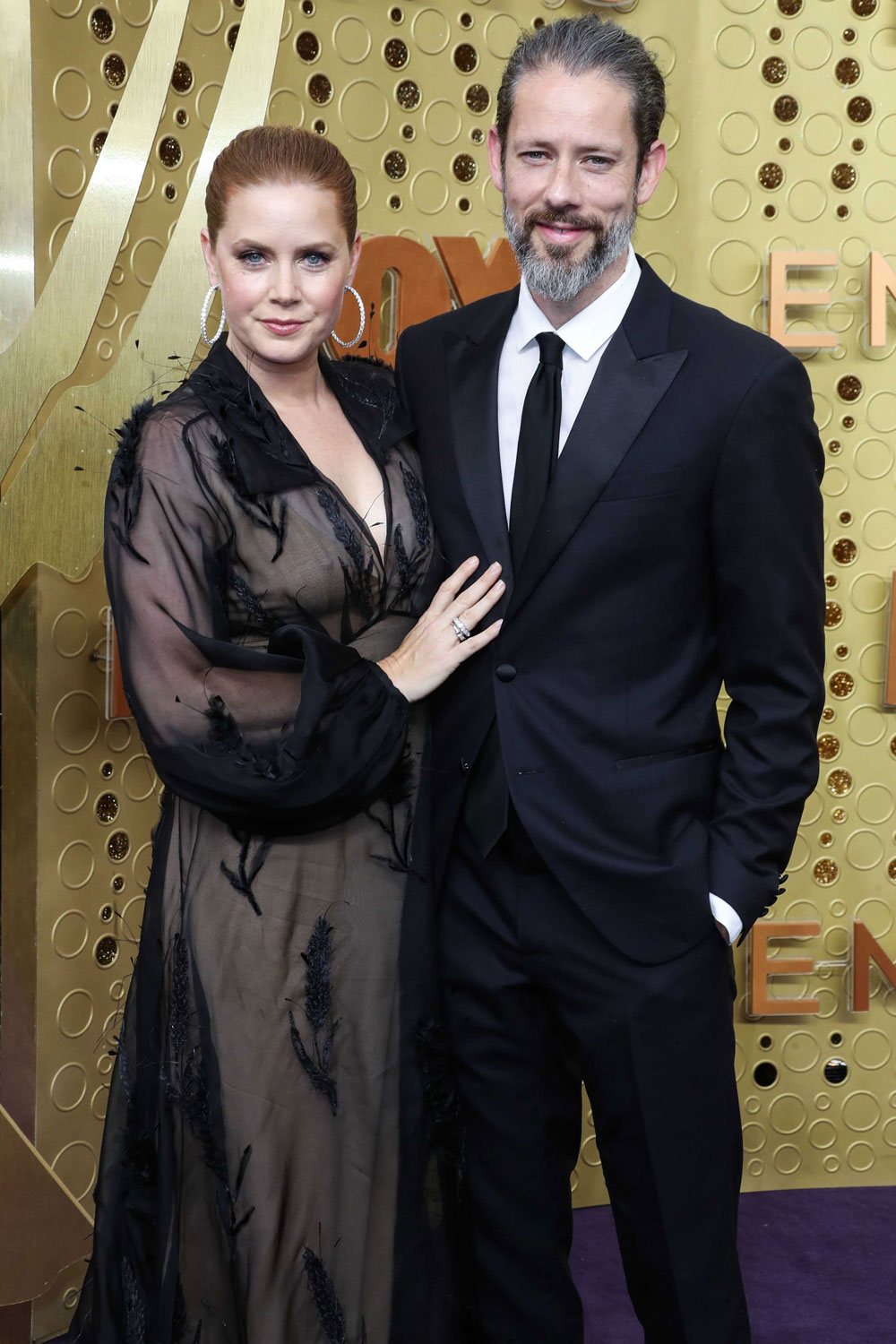 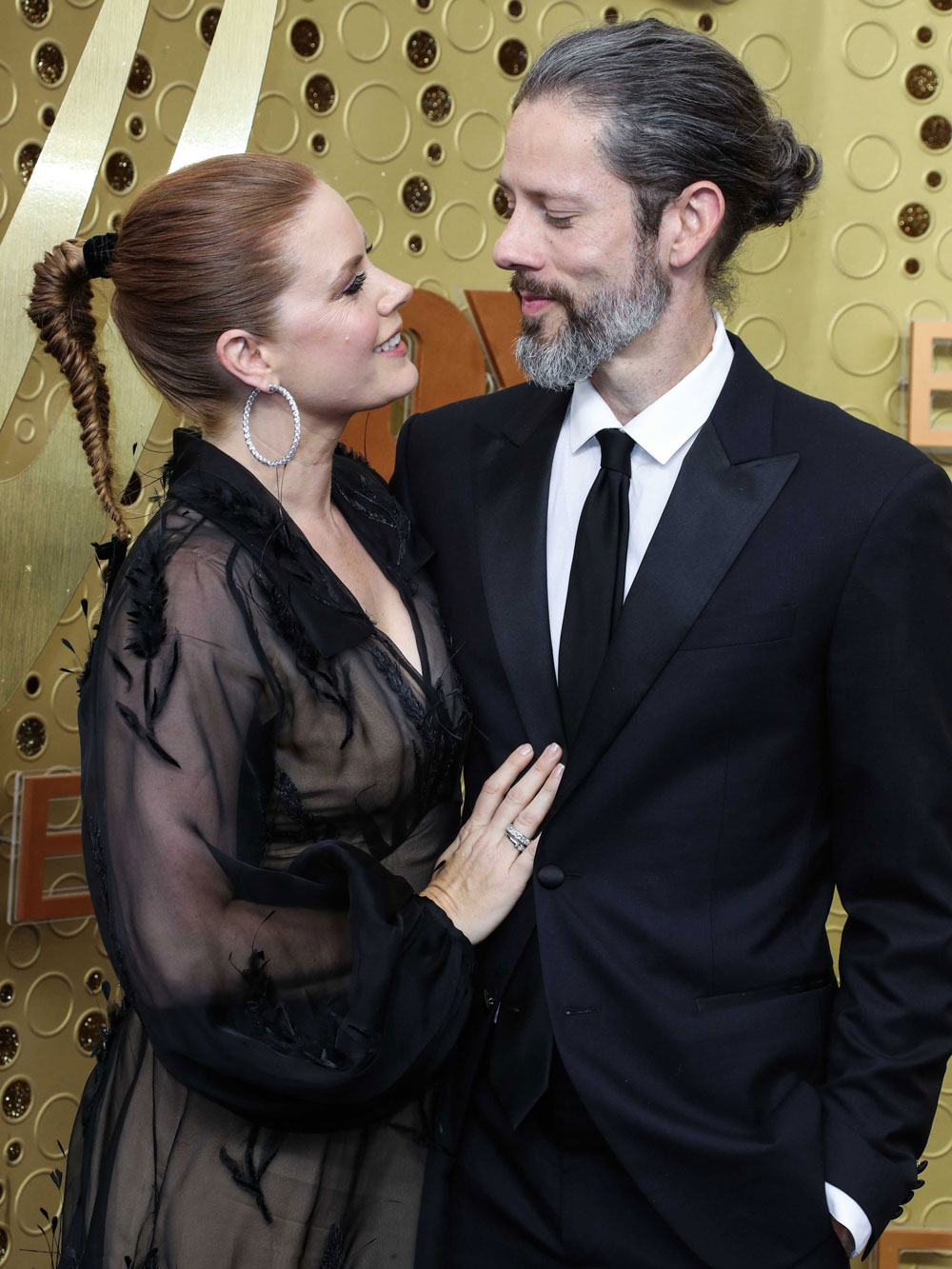 11 Responses to “Amy Adams says she’s more social in lockdown than she was before, same”