Dan Levy says his dad has always supported him as a gay man: ‘I’m grateful’ 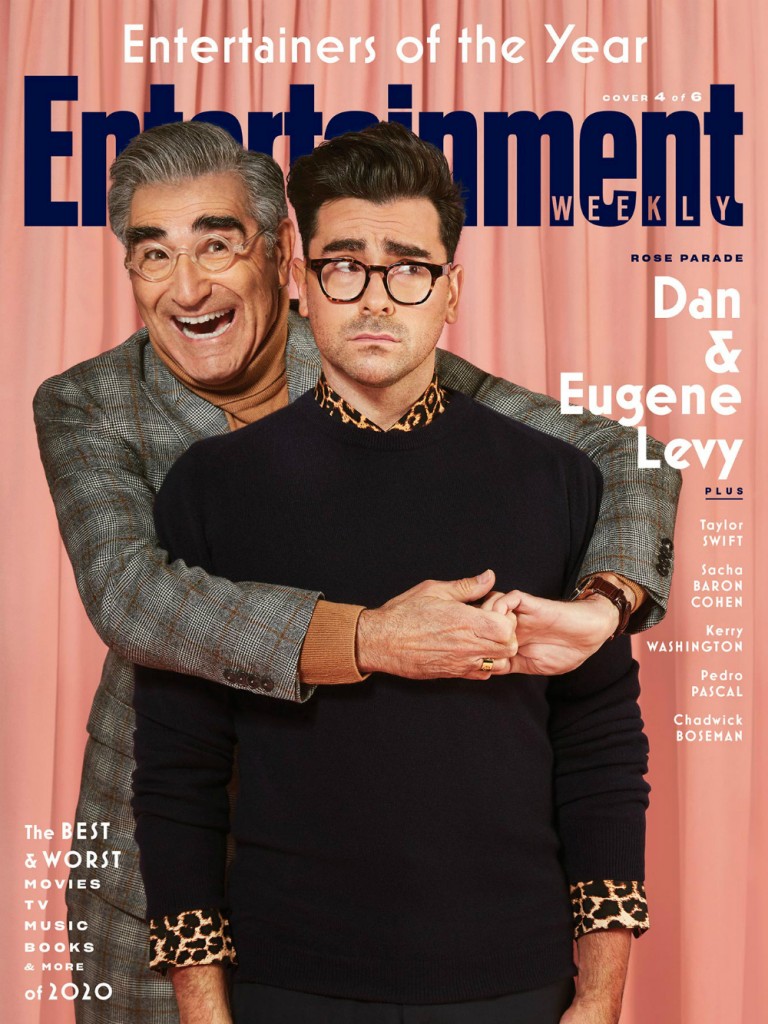 Entertainment Weekly named Dan and Eugene Levy Entertainers of the Year. Well earned, if not a dubious distinction to be named in connection with 2020. With the incredible success of Schitts Creek and it finally receiving award recognition, it seems the pair is thrilled to be on this particular pedestal. And not just because the show was their collaborative effort. In their interview, Dan, once again, acknowledged the fact that his father has always supported him as a gay man, and he understands how much easier that has made his path. It’s a pretty long interview that deals mostly with their respective careers and family life, but I’ve just pulled the quotes dealing with LGBTQIA+ aspects. I also left in the fluff quotes because I find both Levy men very funny.

On showing affection:
EUGENE: Well, I came from a huggy family, and I think we had plenty of hugs in our family when we see each other.

EUGENE: Not anymore, and not now. Now the show’s over because we’re not getting along at all.

DAN: No, I meant because of COVID.

EUGENE: I actually miss those hugs. It’s been a while since we’ve had family hugs, certainly because we’re not all in the same bubble. I don’t think we necessarily go too much over and above.

DAN: No. It’s not an enmeshment situation.

EUGENE: I don’t finish every conversation with “Love you! Love you!” I feel that we know the love is there.

DAN: I’ve never had to prove myself. I’ve never had to explain myself and that, fundamentally, is the support that every father needs to give their son. Particularly where the son is a gay or queer person, because that relationship is crucial. And I think for a lot of people, they don’t get that support from their fathers. I’m grateful.

EUGENE: Well, that was always there from your mother and me.

On having same-sex kissing scenes edited out of Schitts Creek:
DAN: It was a promo that was sent to me, out of India. For me, it was a responsibility to investigate and get to the bottom of what was going on. There’s a community of people that have really rallied around the show and found a sense of safety and security in it. I was very relieved to learn that the scene wasn’t cut out of the show itself but rather the promo, but I think it’s an important lesson to learn in terms of censorship of any kind. It was necessary to call it out. As one of the gatekeepers of the show, you can’t just turn a blind eye to something like that when you made the conscious choice to make a show about inclusivity.

Earlier this year, Dan and Eugene talked about when Dan came out. Eugene and his wife Deb knew Dan was gay and were waiting for him to tell them. Deb just asked Dan when he was 18. The Levys were surely supportive of him before that. I hope we have provided a safe space for our kids. It feels like we have, our kids are talking about their crushes and asking questions. I am grateful for parents like Eugene and Deb Levy, who paved this path for us. There was a time when it would have been uncomfortable to hear that my 13 year old daughter’s latest crush was a girl. Parents who stood up for their kids, like the Levys, have made it easier for me to be a better ally and parent.

Eugene is such a standup guy that so many turned up to honor him when he was awarded the Lifetime Achievement Award. EW asked Dan what surprised him most about working with Eugene and Dan said it was watching how he treated everyone, “the way that he operates on set, the level of care and respect, it’s quite remarkable. Because when the number one and number two on your show treat everybody with the same level of respect… The ripple effects of that create a safe space.” This was probably my favorite comment in the whole interview. Think about workplaces in which the office heads treated each other well but acted as if you were something stuck to the bottom of their shoe. I adore the Levys and this interview confirms that. 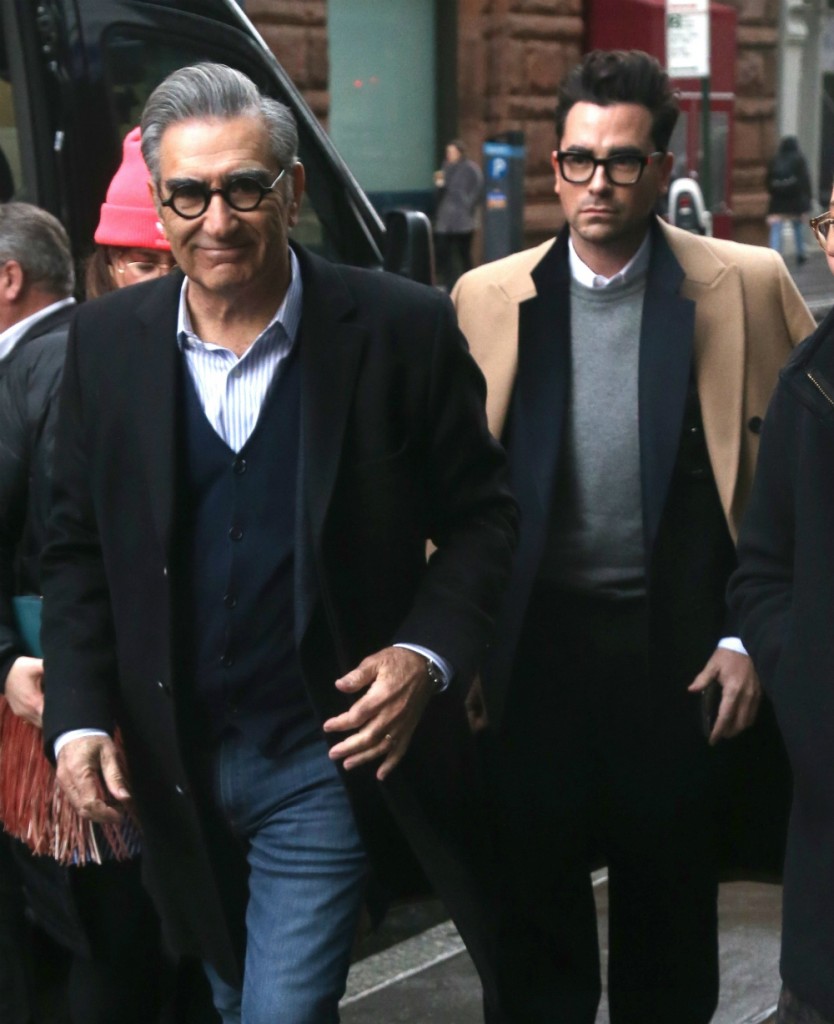 27 Responses to “Dan Levy says his dad has always supported him as a gay man: ‘I’m grateful’”