Harry Styles: ‘In general, as people, there’s a lack of empathy, we just don’t listen’ 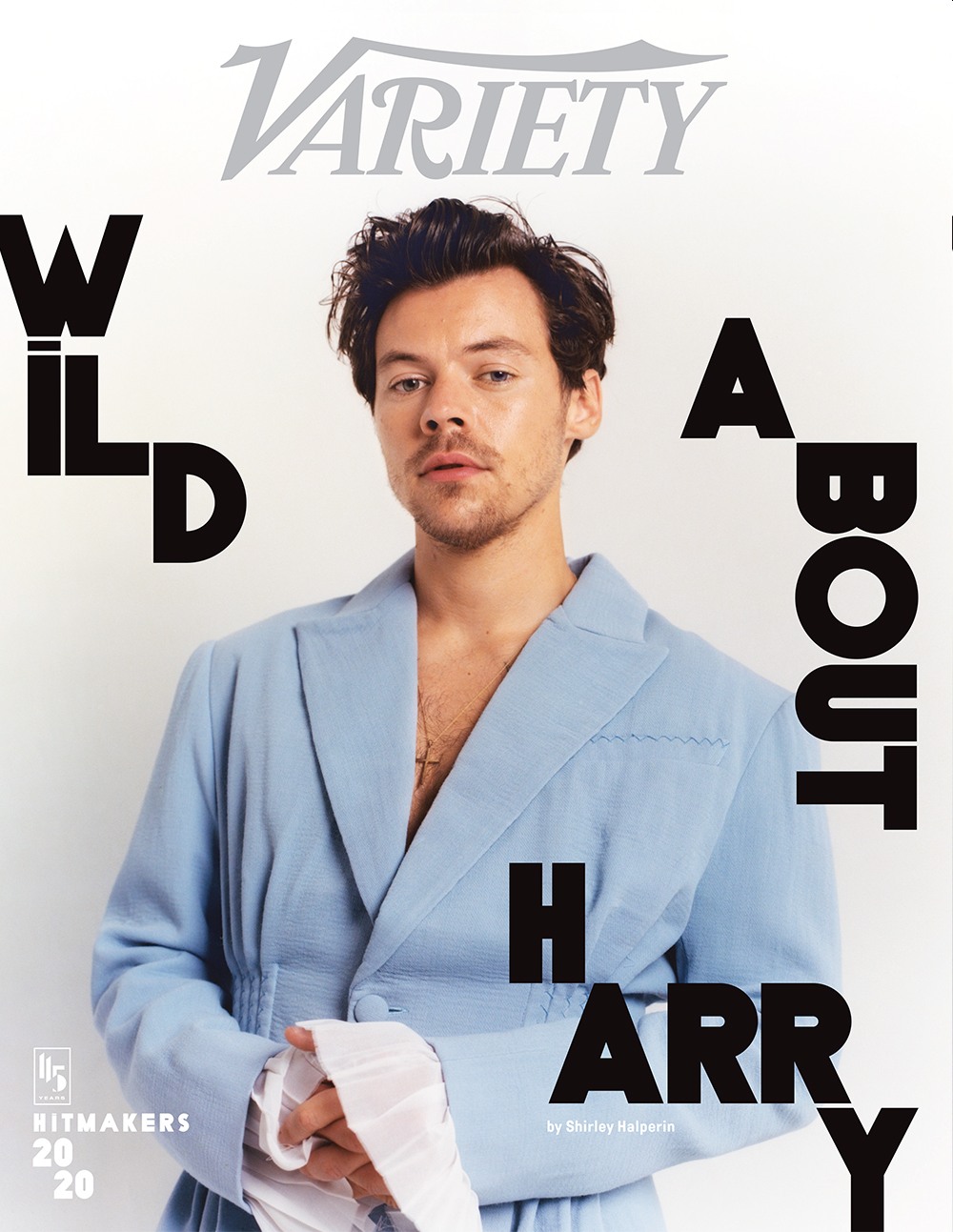 Back when Harry Styles was in One Direction, he was always my favorite and I always thought that if I happened to be a tween or teen in the 1D era, I would have been all-in on Harry. I’m so happy for the young people – young girls and young women especially – that they have someone cool like Harry to look up to and admire. Harry legitimately seems like a peaceful, thoughtful, interesting guy. He’s always respected his fanbase, made up of mostly girls and women, and he’s always shown his fans that he can learn and grow and they can too. Harry covers the latest issue of Variety, where he talks about his musical success this year, all of the crazy sh-t that happened this year, and lots more. Some highlights:

The pandemic pause: “It’s been a pause that I don’t know if I would have otherwise taken. I think it’s been pretty good for me to have a kind of stop, to look and think about what it actually means to be an artist, what it means to do what we do and why we do it. I lean into moments like this — moments of uncertainty.”

How he makes music: “People within [the industry] feel like they operate on a higher level of listening, and I like to make music from the point of being a fan of music. Fans are the best A&R.” This from someone who’s had free rein to pursue every musical whim, and hand in the album of his dreams in the form of “Fine Line.” Chart success makes it all the sweeter, but Styles insists that writing “for the right reasons” supersedes any commercial considerations. “There’s no part that feels, eh, icky — like it was made in the lab,” he says.

He’s not going to apologize for One Direction: “When you look at the history of people coming out of bands and starting solo careers, they feel this need to apologize for being in the band. ‘Don’t worry, everyone, that wasn’t me! Now I get to do what I really want to do.’ But we loved being in the band. I think there’s a wont to pit people against each other. And I think it’s never been about that for us. It’s about a next step in evolution. The fact that we’ve all achieved different things outside of the band says a lot about how hard we worked in it.”

His future is in London, despite spending a lot of time in LA: “I feel like my relationship with L.A. has changed a lot. I’ve kind of accepted that I don’t have to live here anymore; for a while I felt like I was supposed to. Like it meant things were going well. This happened, then you move to L.A.! But I don’t really want to.”

The state of the world: “In general, as people, there’s a lack of empathy. We found this place that’s so divisive. We just don’t listen to each other anymore. And that’s quite scary.”

On Black Lives Matter: “Talking about race can be really uncomfortable for everyone. I had a realization that my own comfort in the conversation has nothing to do with the problem — like that’s not enough of a reason to not have a conversation. Looking back, I don’t think I’ve been outspoken enough in the past. Using that feeling has pushed me forward to being open and ready to learn. … How can I ensure from my side that in 20 years, the right things are still being done and the right people are getting the right opportunities? That it’s not a passing thing?… Historically, I can’t think of any industry that’s benefited more off of Black culture than music. There are discussions that need to happen about this long history of not being paid fairly. It’s a time for listening, and hopefully, people will come out humbled, educated and willing to learn and change.”

On wearing women’s clothes: “To not wear [something] because it’s females’ clothing, you shut out a whole world of great clothes. And I think what’s exciting about right now is you can wear what you like. It doesn’t have to be X or Y. Those lines are becoming more and more blurred.”

On the Grammys: “It’s never why I do anything… It’s always nice to know that people like what you’re doing, but ultimately — and especially working in a subjective field — I don’t put too much weight on that stuff. I think it’s important when making any kind of art to remove the ego from it.” Citing the painter Matisse, he adds: “It’s about the work that you do when you’re not expecting any applause.”

I would imagine that Harry agreed to this Variety cover (at the time) largely as a way to promote his Grammy campaign, which his team hoped would involve some nominations in the bigger categories (Album/Song/Record of the Year), none of which happened. Harry did get three nominations in Pop and music video. Which sucks, because Fine Line really was everywhere and I also thought he deserved some of the bigger noms. Anyway, that’s the only part of this interview which rang false a little bit – in my mind, it would have been fine for Harry to admit that he was disappointed with the Grammy snubs, but I get that he doesn’t want to complain.

As for the rest of it… I like that he acknowledges his own discomfort in discussing race, and that’s important too – white people forcing themselves to talk about race and racial injustice even when it makes them uncomfortable. I’m also fine with him being over the whole LA thing. It was fun while it lasted and maybe he’ll come back one day!

See all of Harry Styles' photos from his Variety cover shoot https://t.co/xFesd9Q1Kj pic.twitter.com/2lREvo08Kb

Cover and photos courtesy of Variety.

32 Responses to “Harry Styles: ‘In general, as people, there’s a lack of empathy, we just don’t listen’”