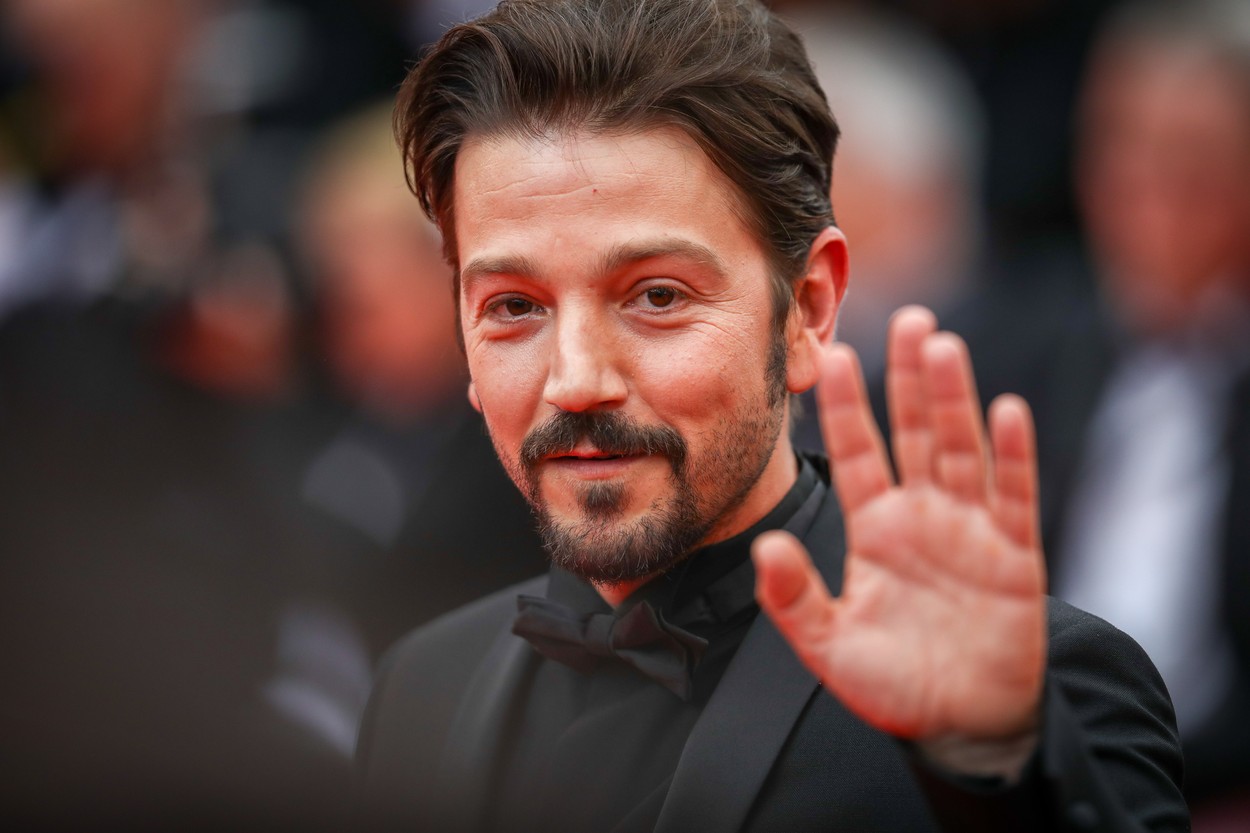 Diego Luna has a new spooky movie out tomorrow called Wander Darkly. His character is married to Sienna Miller, but their marriage is in trouble after they have their baby. Then there’s a car crash that may or may not have killed Sienna and the undead come for her. Super Christmassy, right? Actually, it looks pretty good. And, given Diego’s upbringing, it sounds right about in line with Christmases of his youth. Diego called in to Jimmy Kimmel from London, where he is filming the Rogue One prequel. It’s the middle of the night for Diego and the poor lamb looks so tired. He needs a hot toddy and Hecate’s bosom to rest on, clearly. Jimmy asked Diego about his Christmas plans, and Diego said he tends to go all out for his kids because his father wasn’t a big fan of the holiday, which usually meant Diego was dragged to someone else’s house and got whatever gifts they didn’t want. Merry Flipping Christmas, Kid. Diego told Jimmy he’s returning to Mexico soon to celebrate Christmas with his two children, son Jerónimo, 12, and daughter Fiona, 10.

On how his father hated Christmas
He just didn’t care. We always end up crashing someone else’s Christmas dinner and it was always him and I just there like hugging people we actually didn’t know and getting leftovers as presents – the VHS of a cheesy film or whatever. I was born also on 29th of December you know so for me the whole Christmas is it’s just not in the right time of the year, you know?

On if his dad ever got the Christmas spirit like in a Rankin/Bass Christmas special
No, never. I had to understand that there was another boy that was born like kind of like the same week I was and that was more important and it was, even to my father. So I played it for my kids many years and now we have fun.

On if he overcompensates with his kids for Christmas
Right, yeah. And they’re getting everything I didn’t get. The problem is that it’s all vintage toys, you know, that I wanted. And they go like that and no one wants that anymore, just give me a screen

Diego was an only child and his mother was killed in a car accident when he was two years old, so it doesn’t shock me that the holidays weren’t his father’s favorite time of year. As Diego mentioned, he was born right after Christmas as well, December 29th. That also happens to be my dad’s birthday and he’d agree, it’s not ideal (although they get to be Capricorns so let’s face it, it’s still a win). I find the whole concept of Diego’s father crashing someone else’s dinner amusing. Just showing up with this poor little kid in tow and the host is looking around for something to give the doe-eyed Diego, “Merry Christmas, here’s the… coffee mug I got you! Used? No, it’s vintage. That coffee stain was left by Anthony Quinn.” And Jimmy’s Rankin/Bass analogy is pretty spot on. Somebody needs to write that special. Don’t worry, Jimmy promised to send Diego a Stretch Armstrong doll in the end and Diego seemed genuinely excited by it.

Jimmy also showed a clip of Home Movie: The Princess Bride. Not having Quibi, I had no idea this series existed. Just in case anyone else had their head in the sand, a group of actors remade The Princess Bride filmed on their phones, separately, all to benefit Chef José Andrés World Central Kitchen. Diego, as will surprise absolutely no one, played Inigo Montoya to Jack Black’s Westley/The Dread Pirate Roberts. It’s adorable. You can watch the full episode here. The only thing I don’t understand is in his interview with Jimmy, Diego mentioned something about his girlfriend’s son being one of those filming him. But I just asked my son, and he doesn’t remember filming Diego doing anything like that so…

Here’s the trailer for Wander Darkly. It’s getting okay reviews: