Goldie Hawn & Kurt Russell: ‘It’s about the will’ to stay together for 37 years 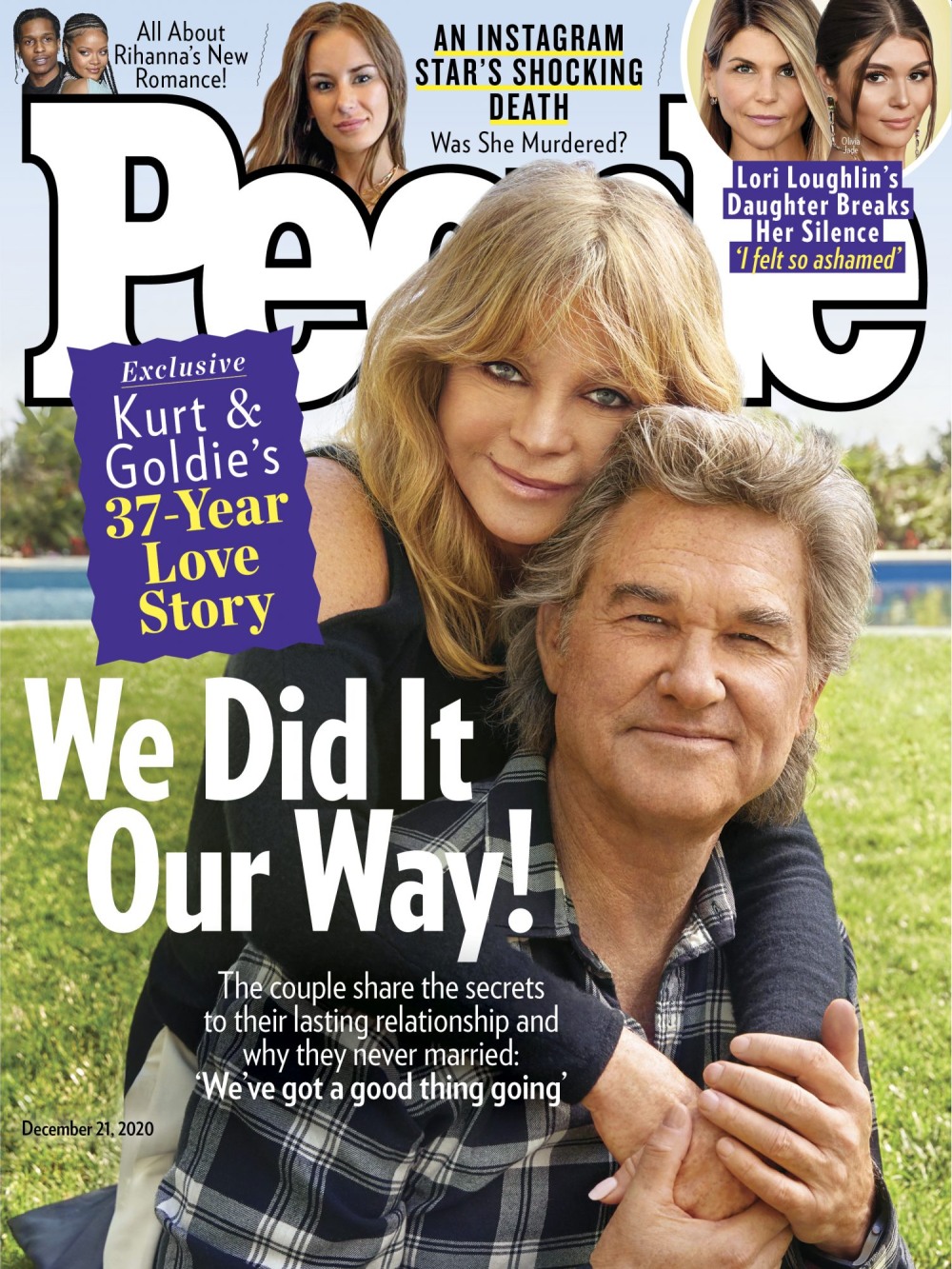 Kurt Russell and Goldie Hawn have been together for 37 years. There are always internet stories about how maybe their relationship isn’t actually that strong, but 37 years is no joke, and whenever I see them interviewed separately, they both seem like pretty low-key hippie-types, and I would imagine that they still enjoy each other immensely. I also judge Kurt favorably because his stepchildren consider him their “dad” and they’re all very close. Goldie and Kurt still work together too – they cover this week’s People Magazine to promote The Christmas Chronicles 2 on Netflix. Kurt was in the first movie (as Santa) and it was a big hit for Netflix, so now Goldie is on-board as Mrs. Claus, despite the fact that in real life, Kurt and Goldie are famously unmarried. Some highlights from People’s cover story:

There’s no big secret to their lasting love. “You’ve just got to want to be together,” Hawn, 75, tells PEOPLE in this week’s cover story. “I don’t think there’s any way other than do it.”

Goldie on playing Mrs Claus: “I was excited about playing her. She hadn’t been really defined yet really as a character. She’s always been in the background, making cookies. And now it’s a new world, right? And they gave Mrs. Claus magic, and Kurt was a big part of that as well, of designing the character.”

Kurt on falling for Goldie: Thinking back to when they first met on Swing Shift, Russell recalls being “impressed with Goldie visually… the images of her were alluring and attractive, so all those things were taking place,” he says. “But then you get to know somebody and you begin to find that, yeah, you do share things in common deeply. Hey, listen, it goes where it goes.”

On never getting married: Though they never married, the two stars created a tight-knit family together, raising their son, actor Wyatt Russell, 34, as well as their children from previous marriages: Russell’s son Boston and Hawn’s kids, actors Kate, 41, and Oliver Hudson, 44, who call Russell “Pa.” “For people like us, the marriage certificate wasn’t going to create anything that otherwise we wouldn’t have,” says Russell. “I don’t know. 40 years isn’t enough to finally say, ‘Well I guess…’ ”

Goldie on marriage: “Well, we’re not at 40 years yet. Our children got married. I mean, they didn’t not get married. Oliver’s very happily married and Wyatt’s very happily married. Katie got married once and that didn’t work, and she’s with this most amazing human and I don’t know if she’ll marry again. The point is that we all tried marriage and sometimes marriage doesn’t work.” Which is just fine with Hawn and Russell. “It’s okay. It’s not about the marriage. It’s about the people and the relationship, and the will to stay together,” Hawn says. “And that’s a big one because if you want it, you can have it. You’ve got to give things up, but the joy and the excitement of being together and touching the toes of somebody at night is really a nice feeling.”

I’m all for people just living together and being partners and never needing the marriage certificate. The thing that slightly annoys me is the “permanently engaged” thing. Like, there was a proposal, there’s an engagement ring, and then there’s no wedding for years and years. I don’t really get that! But Goldie and Kurt’s common-law marriage thing is fine. Aspirational, even. And I think this is funny and true – it’s about “the will to stay together. And that’s a big one because if you want it, you can have it.” 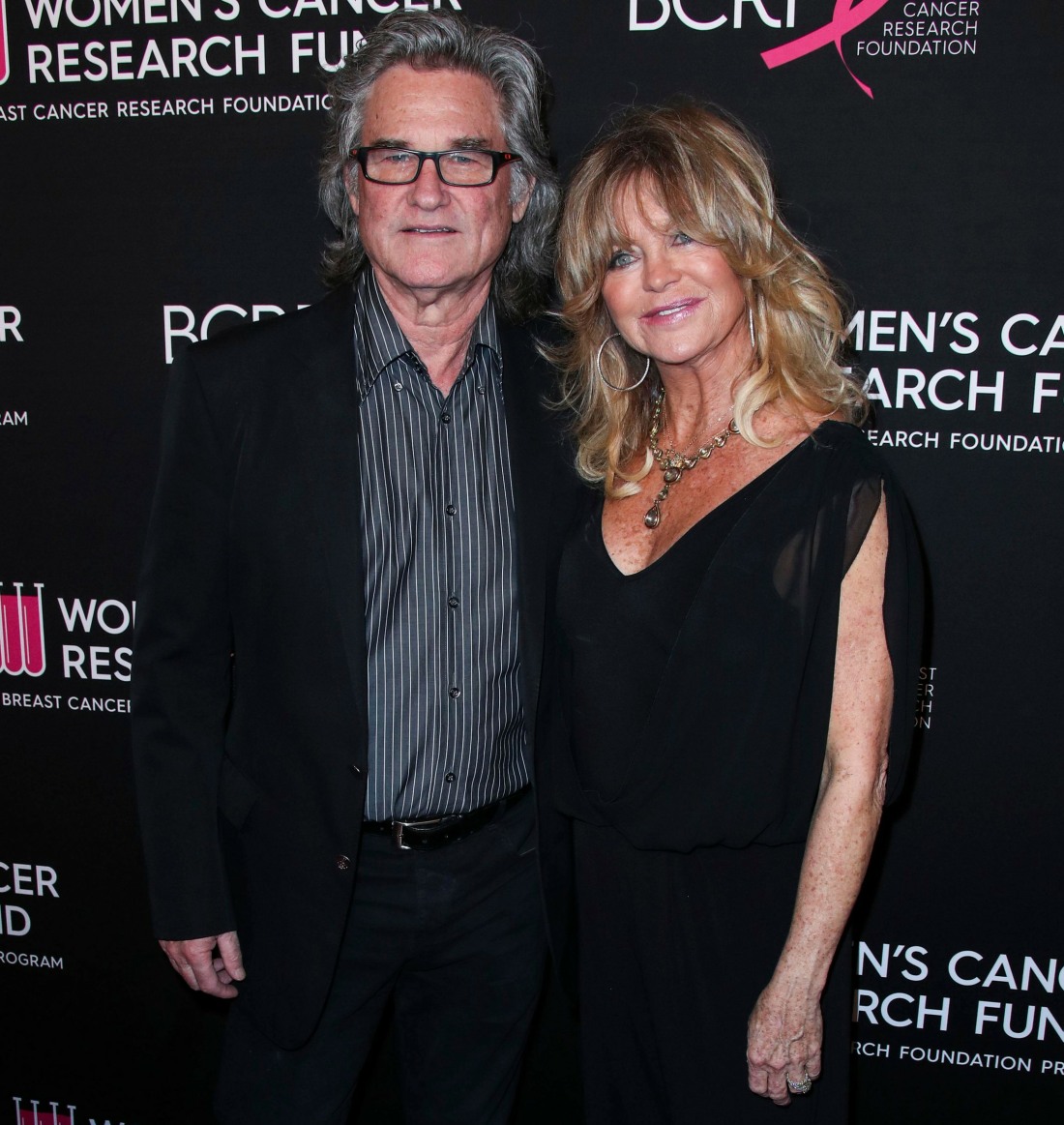 25 Responses to “Goldie Hawn & Kurt Russell: ‘It’s about the will’ to stay together for 37 years”