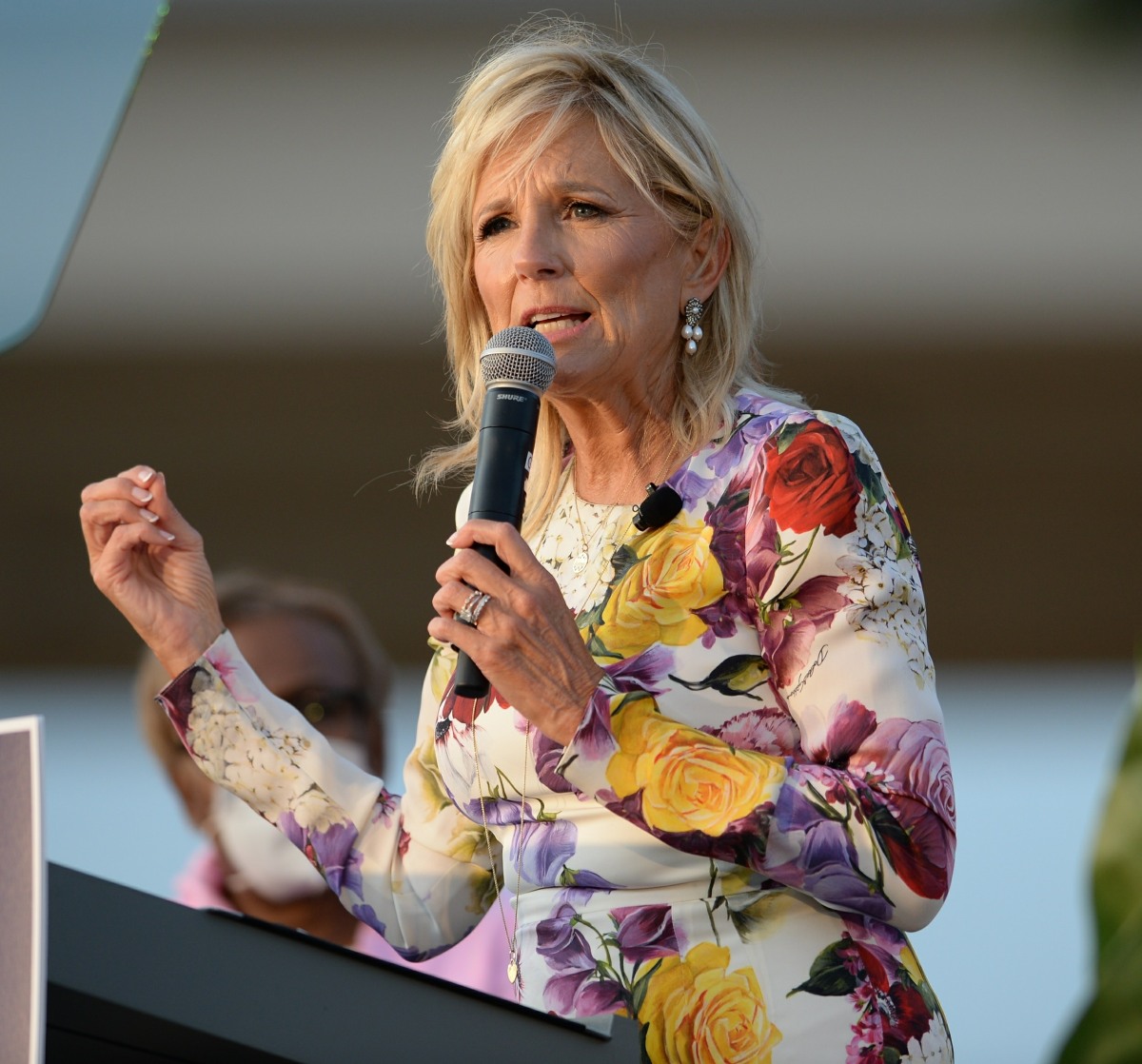 Weeks before Election Day, Dr. Jill Biden posted a vintage photo of herself and Joe Biden on what must have been the year they met or married. When I saw the photo, I suddenly realized that Dr. Jill was a major Hot Blonde back in the day. I would even argue that she’s still a Hot Blonde! But you know what I mean – she was beautiful, blonde and perky, and she even modeled for a time. But Jill was always more than a pretty face – she had a good heart, she loved teaching, and she was able to gather up the broken pieces of the Biden family and put them back together. Beau and Hunter loved Jill. Joe adores her so much.

Jill had her Bachelor’s degree when she met Joe and fell in love, but throughout the early years of their marriage, she worked as a teacher and slowly got her Masters in Education in 1981, the same year she gave birth to Ashley Biden. She took some time off to be a mom, then went back to work and went back to school. She got her second Masters, this time a Masters of Arts in English, in 1987. For years, she continued to work as a teacher and a professor, raise a family, and go to school. In 2007, at the age of 55, she earned a Doctorate of Education. The entire time her husband was VP, she continued to work as a community college professor. She’s already indicated that she would like to retain her professorship as First Lady too. Which brings me to this – a Wall Street Journal op-ed “Is There a Doctor in the White House? Not if You Need an M.D.” Sub-head: “Jill Biden should think about dropping the honorific, which feels fraudulent, even comic.” The piece is by Joseph Epstein. Here’s part of it:

Madame First Lady—Mrs. Biden—Jill—kiddo: a bit of advice on what may seem like a small but I think is a not unimportant matter. Any chance you might drop the “Dr.” before your name? “Dr. Jill Biden” sounds and feels fraudulent, not to say a touch comic. Your degree is, I believe, an Ed.D., a doctor of education, earned at the University of Delaware through a dissertation with the unpromising title “Student Retention at the Community College Level: Meeting Students’ Needs.” A wise man once said that no one should call himself “Dr.” unless he has delivered a child. Think about it, Dr. Jill, and forthwith drop the doc.

I taught at Northwestern University for 30 years without a doctorate or any advanced degree. I have only a B.A. in absentia from the University of Chicago—in absentia because I took my final examination on a pool table at Headquarters Company, Fort Hood, Texas, while serving in the peacetime Army in the late 1950s. I do have an honorary doctorate, though I have to report that the president of the school that awarded it was fired the year after I received it, not, I hope, for allowing my honorary doctorate. During my years as a university teacher I was sometimes addressed, usually on the phone, as “Dr. Epstein.” On such occasions it was all I could do not to reply, “Read two chapters of Henry James and get into bed. I’ll be right over.”

I was also often addressed as Dr. during the years I was editor of the American Scholar, the quarterly magazine of Phi Beta Kappa. Let me quickly insert that I am also not a member of Phi Beta Kappa, except by marriage. Many of those who so addressed me, I noted, were scientists. I also received a fair amount of correspondence from people who appended the initials Ph.D. to their names atop their letterheads, and have twice seen PHD on vanity license plates, which struck me as pathetic. In contemporary universities, in the social sciences and humanities, calling oneself Dr. is thought bush league.

The Ph.D. may once have held prestige, but that has been diminished by the erosion of seriousness and the relaxation of standards in university education generally, at any rate outside the sciences. Getting a doctorate was then an arduous proceeding: One had to pass examinations in two foreign languages, one of them Greek or Latin, defend one’s thesis, and take an oral examination on general knowledge in one’s field. At Columbia University of an earlier day, a secretary sat outside the room where these examinations were administered, a pitcher of water and a glass on her desk. The water and glass were there for the candidates who fainted. A far cry, this, from the few doctoral examinations I sat in on during my teaching days, where candidates and teachers addressed one another by first names and the general atmosphere more resembled a kaffeeklatsch. Dr. Jill, I note you acquired your Ed.D. as recently as 15 years ago at age 55, or long after the terror had departed.

No. F–k you. No. Cancelled. No. “A wise man once said that no one should call himself “Dr.” unless he has delivered a child.” What about giving birth to a child while studying for her first Masters? What about raising three children while studying for her second masters? And sorry, men and women who want to raise their kids and work and THEN go back to school because it’s their dream to get a MA or PhD – you suck, according to this douche. We will call her Dr. Jill Biden or Dr. FLOTUS or Madame First Lady Doctor Jill until we are blue in the face. She earned her degrees and I admire her so much.

Dr. Biden earned her degrees through hard work and pure grit. She is an inspiration to me, to her students, and to Americans across this country. This story would never have been written about a man. pic.twitter.com/mverJiOsxC 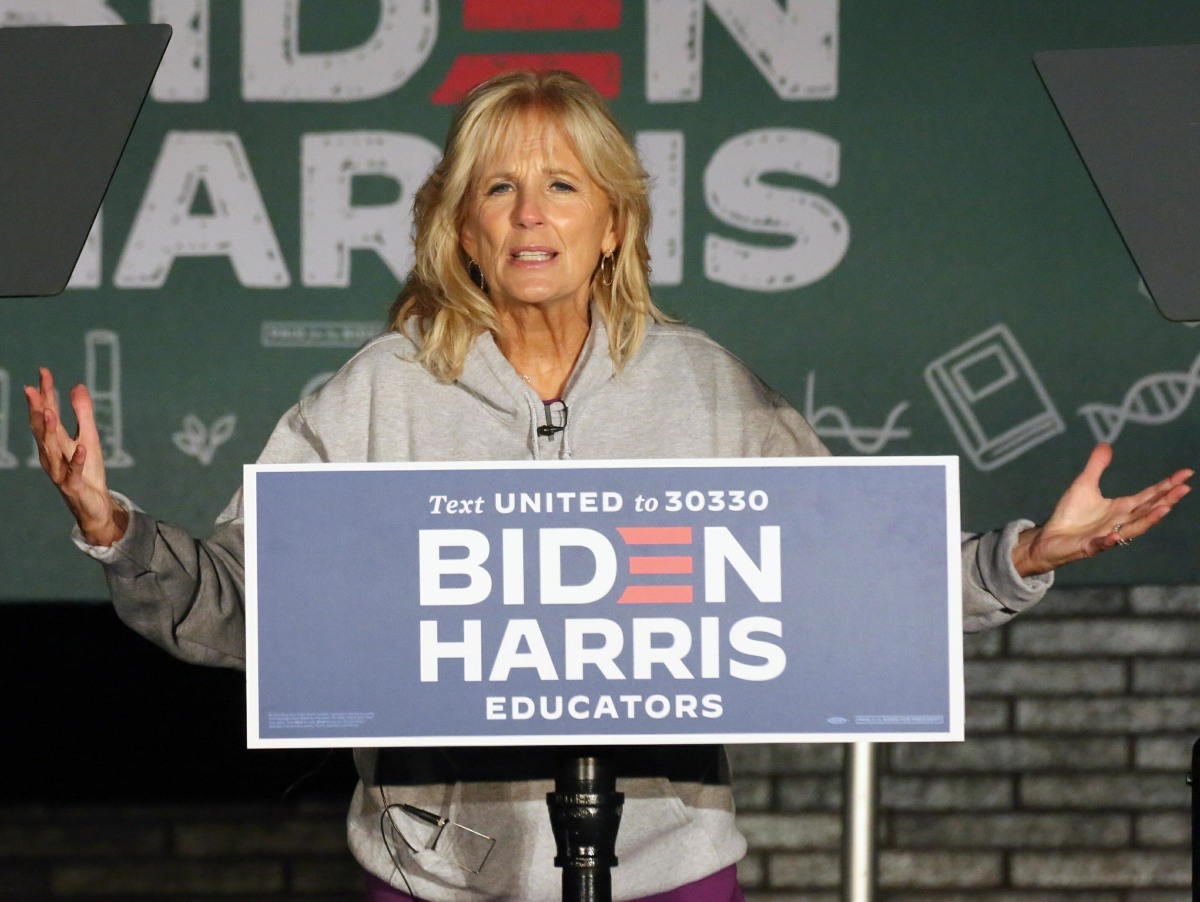 153 Responses to “Dr. Jill Biden should not use her ‘Dr.’ title, claims Wall Street Journal douche”