Kirk Cameron’s friends and family on his caroling: We wear masks, social distance


Embed from Getty Images
Kirk Cameron has defied LA County and California’s lockdown orders by holding two large caroling events where people huddle together and sing, maskless, as some kind of celebration of a certain segment of Christianity’s descent into selfish insanity. He’s called it a “Christmas caroling peaceful protest.” He’s issued conflicting statements about it, claiming on one hand that carolers are encouraged to wear masks and social distance, but citing freedom and ‘murica on the other. It’s just one of those self-owning ways that evangelicals are trying to stick it to the libs. It’s sad, it’s infuriating and it puts countless people at risk, not just the idiots gathering but anyone unfortunate enough to come into contact with them. Those people are anti-maskers and super spreaders at a time when ICUs are almost full. History will not be kind to them, and there is plenty of evidence of their willful misconduct. I could go on, but I’ll spare you.

The somewhat good news is that Kirk Cameron’s sister, Candace Cameron Bure, and his old co-stars on Growing Pains, Jeremy Miller and Tracey Gold, have made it clear that they don’t share his recklessness. They’ve encouraged people to wear masks and social distance, however they were nicer to him than I would have liked. Here’s some of the report on his infuriating events, from People:

On Tuesday evening, Cameron shared a series of photos and videos on his Instagram Story from a caroling event at The Oaks mall in Thousand Oaks, California — a state where coronavirus cases continue to surge with tens of thousands of new cases being reported daily.

In the videos, dozens of attendees were seen singing closely together, many without masks, defying the state’s mandate that everyone must wear a face covering when outside of their home.

A representative for Cameron told PEOPLE the event was organized by community members and churches in the area, and that face masks and social distancing were encouraged. In a statement to PEOPLE, Cameron said the caroling was intended to instill “hope and encouragement.”

“During this awful pandemic, people are longing for hope and encouragement and we want to offer that to them…we encourage attendees wear masks and the freedom to socially distance, but we won’t deny our neighbors the opportunity to sing Christmas carols outside in whatever manner they choose,” he said. “Spirits were lifted and people were encouraged! This is America — the land of the free and the home of the brave.”

Cameron attended a similar event last week and documented it on his social media page, telling followers that the group would be “celebrating our God-given liberties” to gather.

“It’s T-38 minutes for our Christmas caroling peaceful protest,” Cameron captioned an Instagram post ahead of the event. “We are going to be celebrating our God-given liberties, our constitutionally protected rights at this time at Christmas to sing Christmas songs to gather, to assemble, and to sing about the birth of our savior.”

Ventura County, where Thousand Oaks is located, is currently experiencing a rise in coronavirus cases and remains under a regional stay-at-home order issued earlier in December.

Kirk’s sister, Candace, tweeted this, urging people to be nice to her a-hole brother, but saying they should wear a mask and social distance.

I did not attend any recent caroling events. Also, I choose to follow the greater guidelines by wearing a mask and social distance when I’m in public. However, I don’t appreciate the vile tweets about my family. I believe respectful dialogue is the key to being heard. Stay safe🎄

And Jeremy Miller, who played Kirk’s little brother, Ben Seaver on Growing Pains, sent a statement to Page Six saying he was disappointed in him:

“While I will always love my brother Kirk,” Miller exclusively told Page Six over email, “I could not disagree more with his holding these maskless events at a time when safety and concern for others is an extreme priority.”

“I truly couldn’t be more disappointed in him

Checking in with my dear brother Mike. @KirkCameron As your more intelligent sister I want you to know that I disapprove. I’m worried about you brother AND your family. Wear a mask. Stay home. Sing later. ❤️ 😷

I haven’t thought about Growing Pains in so long! I used to watch that when I was a kid. At least Ben and Carol have turned out to be decent human beings.

It’s not the time to be “respectful” to people who are killing others with their behavior. I also feel like Tracey and Jeremy are being too nice to Kirk. At least they’re calling him out publicly though. F-ck civility at this time. We should be as nasty and confrontational to those people as they’re being to us by daring to pull stunts like this. They want to get the libs mad and I think we should be. It’s the only logical response when thousands of people are struggling and dying every day.

Here are some of the responses to these tweets.

I get this but Im married to a hospital RN. My oldest friend is an icu RN @ a hosp. that called in a refrigerated truck 4 bodies. He is negligent & causes trauma 2 front liners who have PTSD that they will fight forever & still they put themselves at risk for people like him.

There is a global pandemic. People are dying or getting really sick. Many of us have been staying home since March and following the rules. I think what your brother did was very vile and I wish he would own up to it. Reach out to those that have lost loved ones.

Getting ready for the reboot: Breathing Pains

My favorite comments on the post where he’s announcing the caroling event. 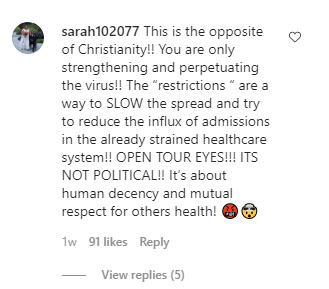 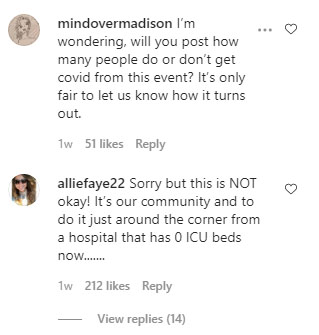 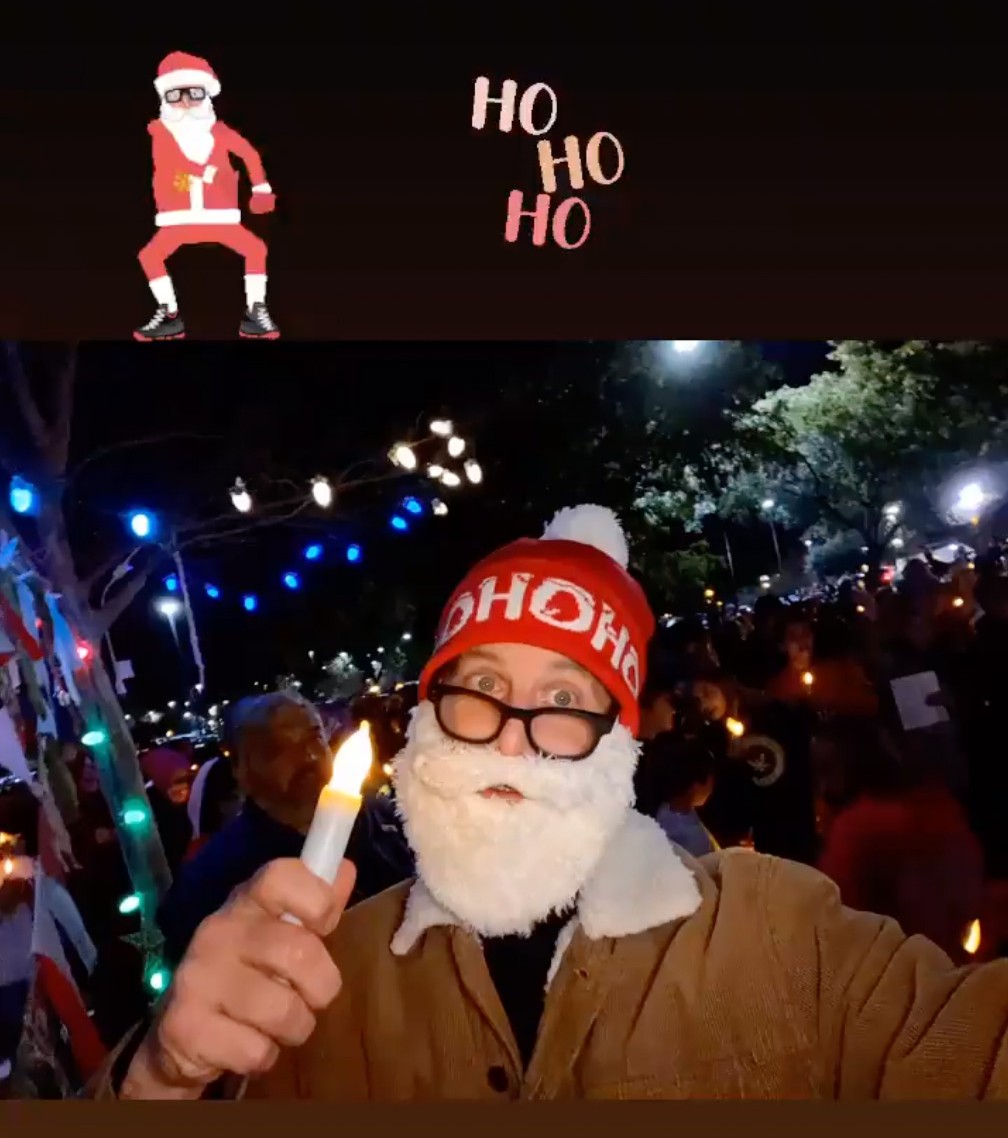 39 Responses to “Kirk Cameron’s friends and family on his caroling: We wear masks, social distance”