I love watching and reading interviews with women around my mother’s age because they SPILL. Jane Fonda will tell you all about her romances and current life and I’m also thinking of Tina Turner, Helen Mirren and Rita Moreno. Jane Seymour turns 70 next month and she definitely doesn’t look it. She is aware of this yet somewhat delusional about it, as we saw a couple of months ago when she insisted she could play herself at 25. Jane definitely doesn’t have issues with her self esteem. She was on Entertainment Tonight recently being interviewed by Kevin Frazier in person for some reason. She dropped a lot of dirt about the Dr. Quinn Medicine Woman era (1993 – 1998, she was in her 40s), particularly that she had a bring romance with co-star Joe Lando that ended before the series began and that her ex husband left her 9 million(!) in debt right around that time. She got the job by telling her agent to ask the networks if they had any work for her. Plus she was with Christopher Reeves when they made Somewhere in Time!

On what she remembers from Dr. Quinn
The first thing I remember is that my ex husband at the time had lost all our money, left me nine million in the red with lawsuits from every major bank including the FDIC. I was homeless, penniless, called my agent and said I would do anything. He called the networks and they said ‘How about a little movie of the week but she has to sign for five years in case it becomes a series. She has to start tomorrow morning you know less than 12 hours from now.’ That was Dr. Quinn. They saved my life. I got a roof over my head. I got some money so I got back on my feet. My kids could come out to the set and do the school work in the trailer. They wrote the most beautiful material ever. It was an amazing experience.

She dated her Dr. Quinn costar, Joe Lando, before the show got picked up
Never fall in love with your leading man in the pilot and then break up before they pick it up. We spent seven years of not being together except on camera how crazy was that? We fell madly in love, ran off to Bora Bora. He realized that everyone recognized me even in this middle of nowhere. He realized that wasn’t going to work and then they picked up our show. So all that sexual tension you saw was real. I remember not even talking to him and then we’d be feeding one another berries and be half-naked jumping off cliffs [or] kissing. The thing that made it even funnier was that my then husband James Keach was directing the episodes. Joe and I broke up and then pretty immediately afterwards I met James Keach. He had to direct Joe and I making out. It was really awful. There were tears cried. I think when you love someone you always love them. Absolutely it was the right thing that we ended our relationship because it could never be a marriage.

She dated Christopher Reeve when they made Somewhere in Time in 1979
When we were making it we fell madly in love. We were both single at the time and had no reason why that couldn’t work out. Later on something happened so we couldn’t be together anymore. It was kind of a bit like the film, but we remained really close friends until the day he died. There’s a famous scene where we’re having a picnic after making love. Just before that scene, I found out the reason why we could never be together again, because his ex girlfriend was having a baby. My heart was broken. You could see the tears.

Joe Lando is over 10 years younger than her so he would have been 32 when they met and she was 42 or 43. That’s a big age difference. I was with a 32 year-old guy when I was around that age and while it was fun for a few weeks the maturity difference was huge. Jane and Christopher Reeve are just a year apart though. Christopher Reeve’s first son was born in December, 1979 and Somewhere in Time came out the next year. I wonder if he was feeding Jane a line and if he was still with the woman he got pregnant. Christopher ending up having another child with his then-girlfriend, Gae Exton, and they were together for seven years.

Getting back to Jane, Dr. Quinn aired when I was in college so I’ve only seen it a few times. I watched Somewhere in Time a few times when I was a kid as it used to air on HBO constantly. I’m not surprised she had a thing with Christopher Reeve (RIP)! They did have a lot of chemistry. Jane really is dishing lately. She seems to want a Dr. Quinn reboot and this must be how she’s angling for one. She saved so many of the costumes! 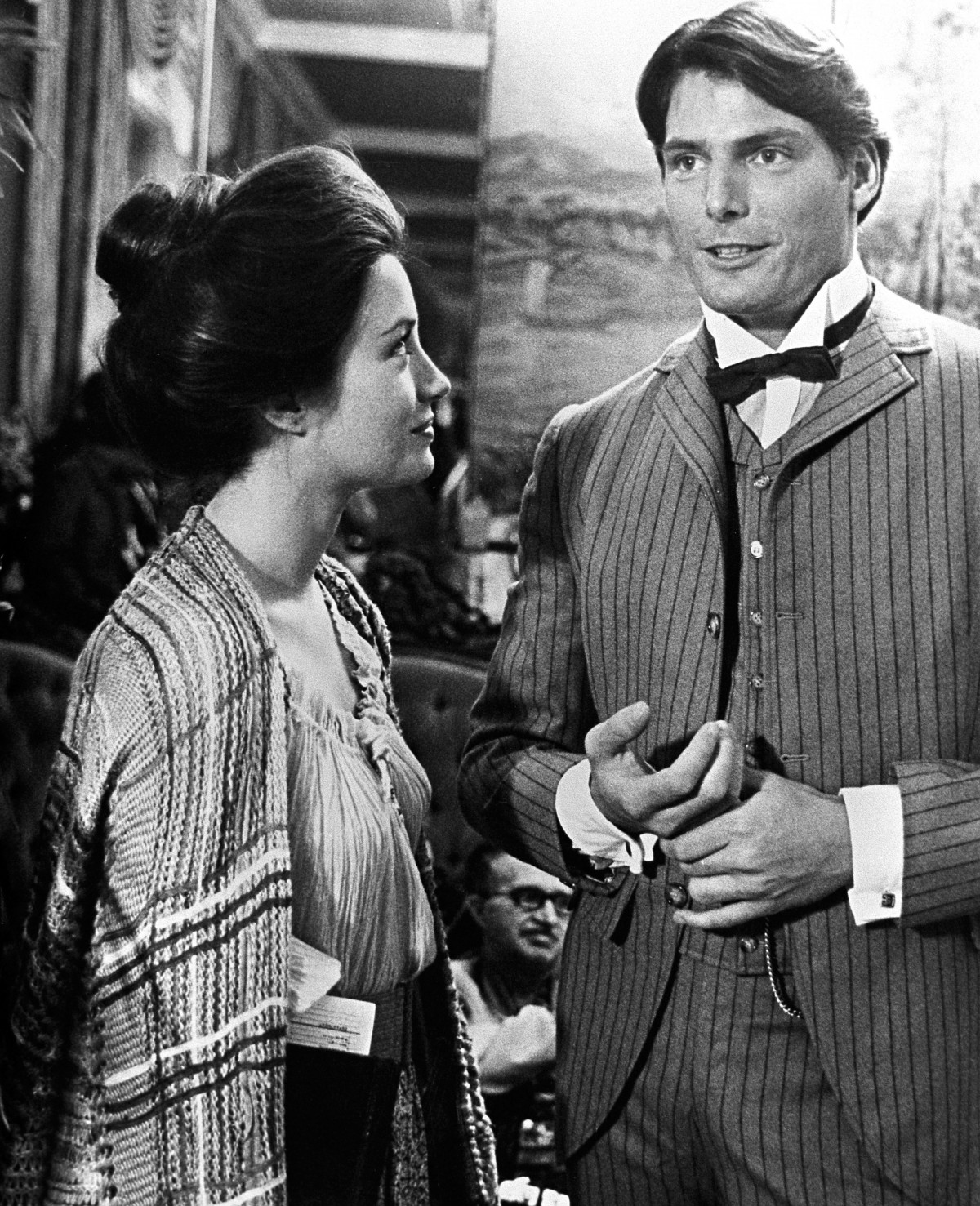 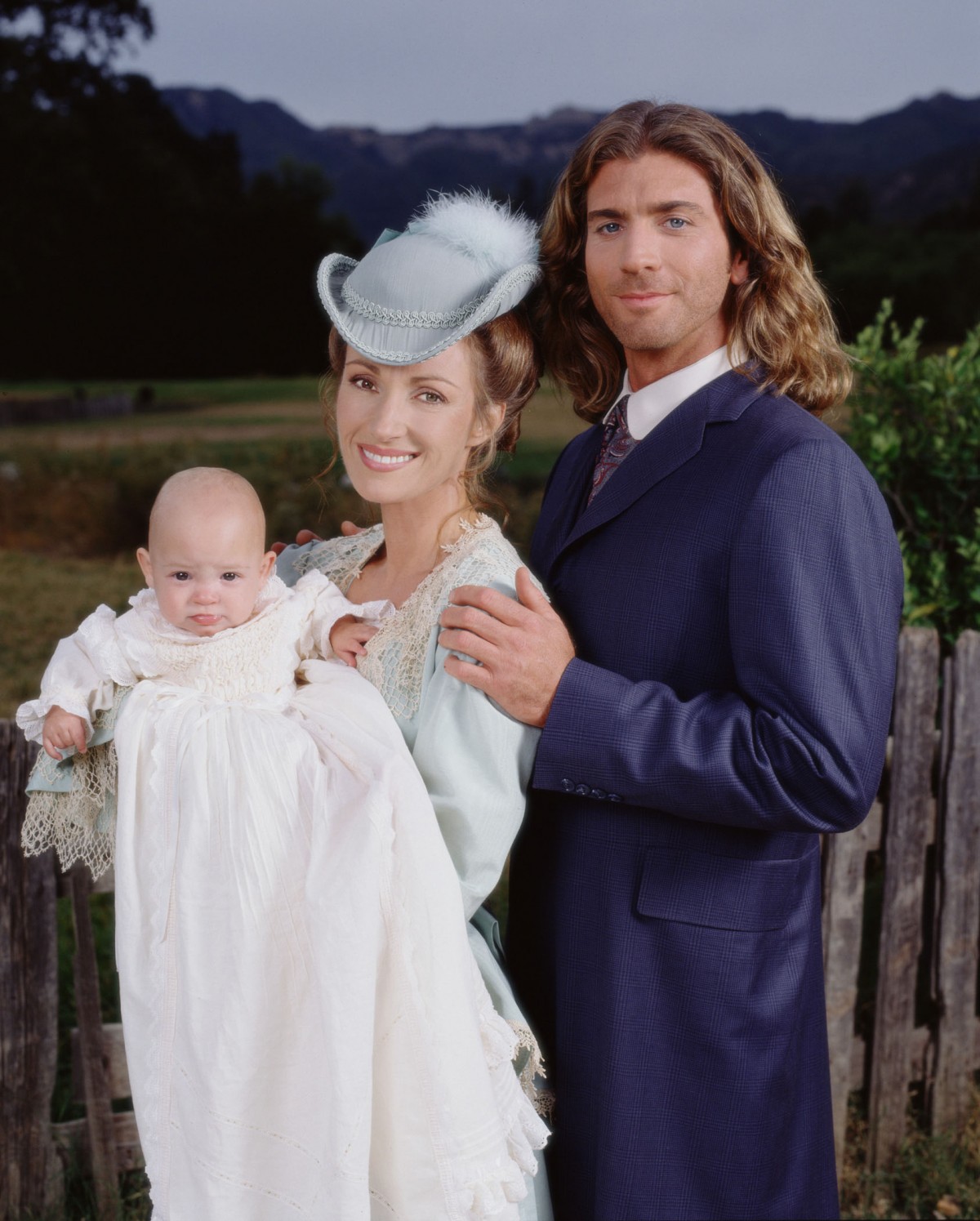