Sherri Shepherd: 50 is whatever you dream of, this is the time to do it 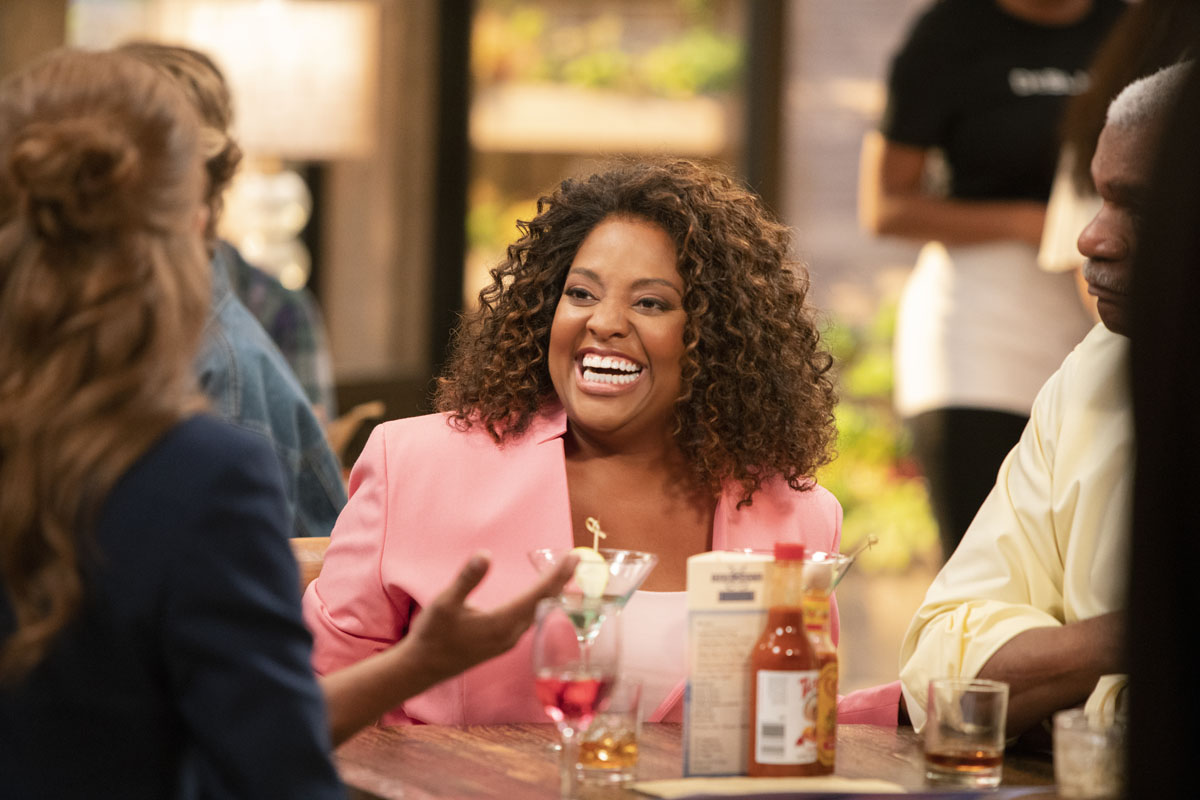 Sherri Shepherd was on The Kelly Clarkson show in person recently. I wish shows would stop having in-person guests entirely until everyone gets the vaccine, but that’s a sidenote. They’re socially distanced but not wearing masks and Kelly’s show had an outbreak on set a few weeks ago! Covid is airborne and shows like this give the impression that we can just have our friends over if we sit on the opposite sides of the couch (I have thought of doing that so many times but I know better).

Sherri made me laugh out loud a few times. I know she said some questionable things years ago on The View. The more I pay attention to Sherri the more I like her though. I really think she’s grown a lot as a person and come onto her own. Sherri thinks so too. She told Kelly that it’s awesome being 50 and that she feels like she’s able to do everything that she wants to. Plus she talked about how much she loves dancing. When I first watched this show I thought Sherri just turned 50. Google has her at 53 though so she’s probably talking about the state of being in her 50s.

How she celebrated her birthday
I had a big Zoom party and we played drinking games and just had a good time.

I’d love to direct a project. I’m working on a film right about about being in your 50s. Kind of a ‘Girls’ Trip’ in your 50s.

On how much she loves dancing
I love to dance. I dance by my pool, I dance in my heels. I wanted to be a backup dancer for Beyonce or Janet Jackson. Anytime I can dance [I do]. It brings up these endorphins. You feel sexy. I’m about to get a pole in my house. I’m waiting for Amazon to deliver that baby.

Sherri might feel that way also because she’s a single mom and her son, Jeffrey, is fifteen now. There’s this sense of freedom once your kid starts getting independent like you can do anything you want with your life now. I’m close to 50 and I sort-of agree that it feels like the world is opening up to me, or at least it will once it’s safe again. I like how she’s embracing the possibilities for herself and she sounds really excited about it.

Like Sherri I also love dancing! It’s my favorite form of exercise. Early in the pandemic I took exotic dance classes over Zoom. They made me so happy, mostly watching the women teaching the classes because they were sexy as hell. (That studio stopped going virtual unfortunately.) I did think of putting a pole in my house like Sherri. Everything was backordered so I didn’t bother. I would probably have that pole by now if I had ordered one.

Photos credit: Lara Solanki/Netflix for Mr. Iglesias and via Instagram

5 Responses to “Sherri Shepherd: 50 is whatever you dream of, this is the time to do it”