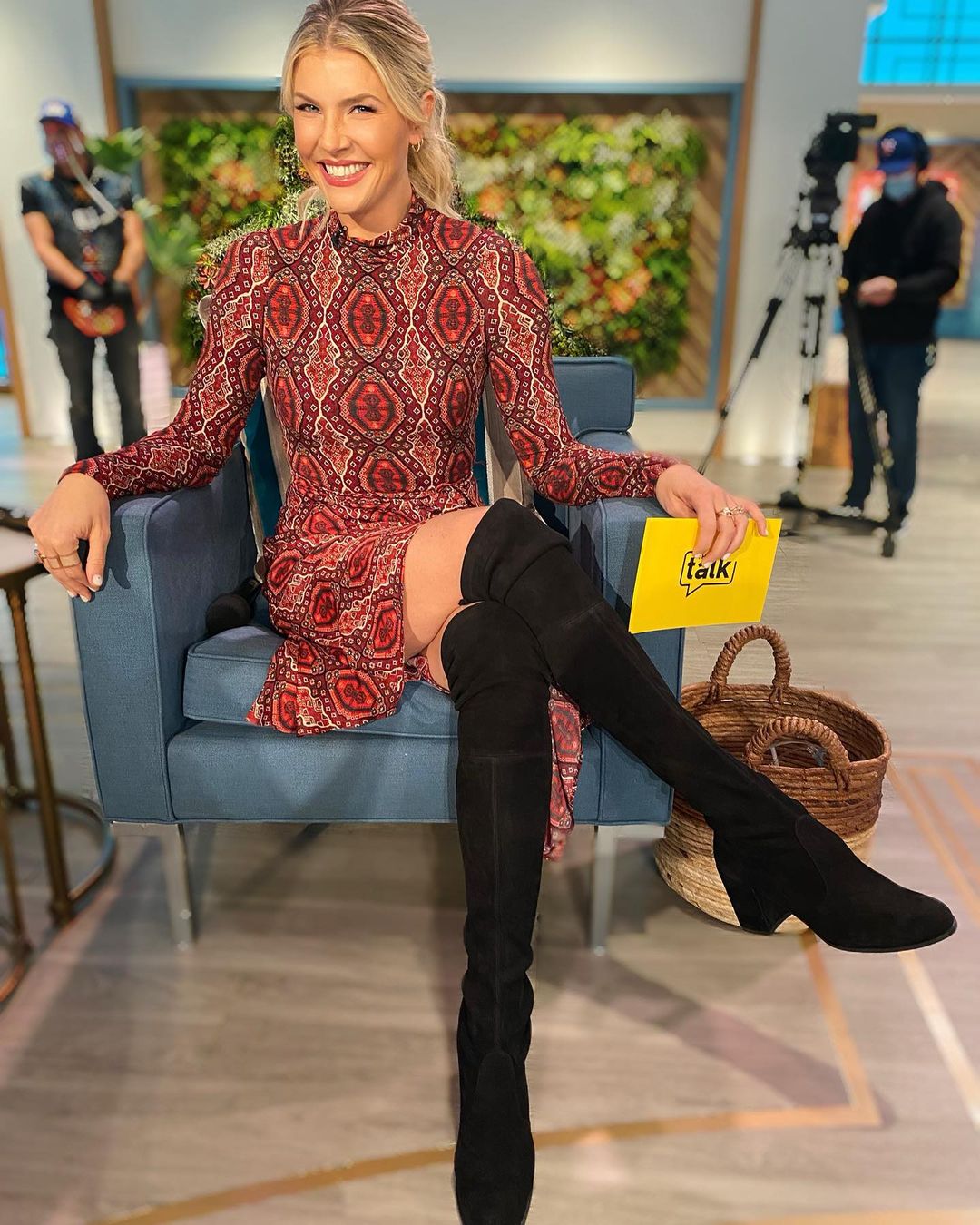 Amanda Kloots lost her husband, Broadway star Nick Cordero, to coronavirus in July. Nick was one of the first celebrities to contract the virus and he was hospitalized for months. Nick and Amanda’s son, Elvis, was born in June, 2019 and was just over a year old when his dad passed. I have a lot of respect for Amanda because I’ve done her workouts (she’s a fitness professional) but more than that because she immediately called out Trump when he made those horrible comments telling people to dominate the coronavirus. We now know more about how Trump was lying at that time and how sick he was. (Not that it matters much since he lies about everything.) We also know how dangerous his followers are so that took some bravery on Amanda’s part. Amanda is now getting pushback online because she instagrammed photos of herself getting vaccinated in Los Angeles. She’s 38 and healthy. Los Angeles County is in phase 1A, they’re only vaccinating healthcare workers and people over 65. Frontline workers and teachers are in phase 1B. Amanda defended herself to People Magazine saying she waited with two friends until all of the other people were vaccinated. Then she and her friends asked if they had any shots leftover and was told that they did.

On Friday, the 38-year-old fitness instructor — whose husband Nick Cordero died in July 2020 after contracting the virus and spending more than 90 days in the hospital — shared on social media that was able to receive her first dose of the vaccine.

In Los Angeles, only essential workers and people over 65 years old are currently eligible to book appointments for the vaccine. Her post prompted a backlash from followers who accused her of jumping the line.

“I think it’s crazy that people are trying to make this a scandalous thing,” Kloots tells PEOPLE exclusively on Saturday.

“Anyone can do what I did,” the mom of one says. “The more arms that we get this vaccine in, the better. I took my chance and went with two of my friends to a vaccination site in east L.A. We waited in a long line and hoped. After all the appointments were finished, we asked if they had any vaccines left, because if they have extra vaccines, they want to put it in arms instead of getting rid of it. And they said, ‘We have extra vaccines for you.’ I immediately got the chills and started crying.”

Getting the vaccine was a special moment for Kloots, especially after losing her husband to the very disease it will protect her from.

“We took a chance like I said, and anyone can try — and the fact that there was some backlash, took away this beautiful and emotional moment for me,” The Talk host tells PEOPLE. “Vaccine shaming should not be happening especially when you are waiting in line and that it would otherwise have been thrown out.”

“I am just happy and extremely grateful that we took a chance, and it could easily not have worked out,” Kloots continues. “We could have been turned away and that would have been fine. People have been doing this and you just have to be willing to wait. Every arm this vaccine goes into is a beautiful thing. We should not be shaming anyone who gets this vaccine that will help America get back on track.”

“I have been terrified since Nick has passed, as a single mother, of getting this virus and now I am one step closer to safety,” she wrote.

I have mixed feelings about this. She waited until the end and there were leftover vaccines, which seems fine. Amanda and her friends weren’t taking the doses away from people who needed them. However I don’t think she should have Instagrammed it. So many of us are waiting patiently until our turn comes, and that is taking so much longer than however long she waited in this line. She lost her husband and people should be giving her grace about this. Plus she has a big platform and she could have anticipated the way people would react. I asked my friend Karen, who is a nurse, for a quote about this story. She said “I think people were angry (understandably) about her getting the vaccine even though she wasn’t an essential worker or elderly. She has been affected personally by this virus so I understand her being anxious to get it. However, like she said, she took a chance and was grateful that they had some left over. I don’t think I would have personally posted it on IG.” Exactly!

156 Responses to “Amanda Kloots, Nick Cordero’s widow, shamed for getting covid vaccine at 38”