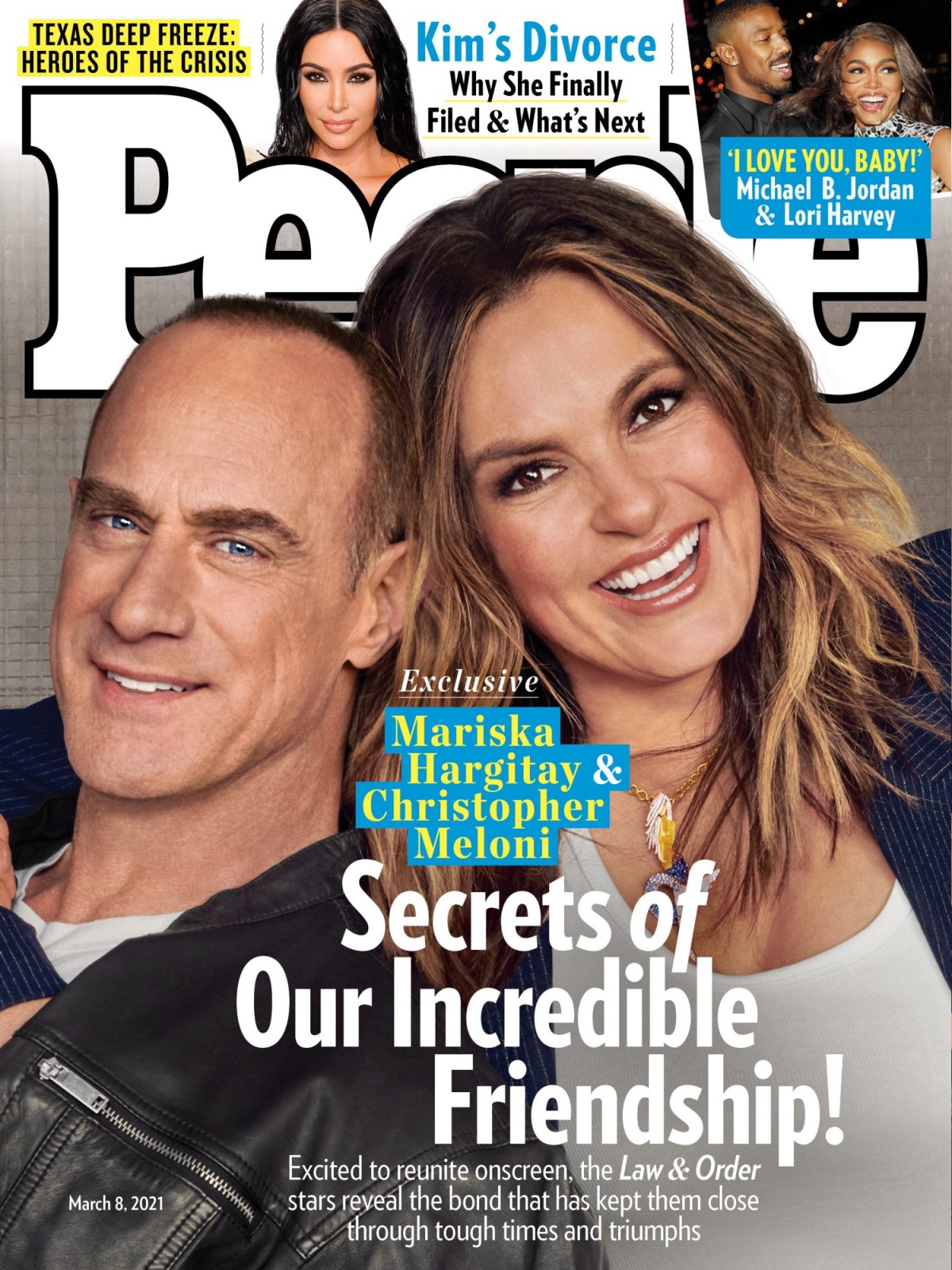 I was such a fan of the OG Law & Order: SVU series, before it went to hell with terrible stunt-casting, a boozy Sharon Stone and the exit of Christopher Meloni. Those years where Benson and Stabler – Mariska Hargitay and Meloni – were partners were the best years. They had great chemistry together, but their chemistry mirrored their off-screen partnership too, which was based on respect and friendship and being each other’s work-wife and work-husband. Their characters were never romantic and Meloni and Hargitay were never romantic. It was deeper than that! God, I still stan them so much. And now they’re back together for Law & Order: Organized Crime, premiering in April. I CANNOT WAIT. Bring back Ice-T! Meloni and Mariska cover the new issue of People, with a great dual interview:

How their friendship started: “It happened at the screen test,” Meloni tells PEOPLE of their initial meeting in this week’s cover story, explaining that they both “walked into the screen test, me telling her a story, and we get up onstage in front of all the suits, and we’re just so engaged.” Hargitay also felt an instant bond. “I walked in, saw him, and I went, ‘That guy. That’s the guy.’ It went deep, very fast. We both knew that it was something big,” she recalls. “I won’t say that I fully understood it, but I knew that meeting him was important and life-changing. My father, my husband, [Law & Order creator] Dick Wolf and Chris are the four pillar men in my life. And that happened early.”

Their close families: Meloni had a front-row seat as Hargitay found love with actor Peter Hermann, 53, whom she first met when he had a guest-starring role on SVU. The two have now been married for 16 years and are parents to August, 14, and Amaya and Andrew, both 9. As for Meloni, he was already married to his wife, artist Sherman Williams, 61, when SVU began. When the couple welcomed Sophia, now 19, in 2001 (they later had son Dante, 17), they asked Hargitay to be godmother.

Mariska on Chris’s family: “The birth of his first child and being privy to his amazing, solid relationship with his wife, before I had that for myself — I think that Chris and Sherman played a really big role for me, to see this really stable couple that loved each other,” Hargitay says. “And it made me feel even safer with him, as opposed to: ‘Great guy — but single.’ Or ‘Great guy — except for his romantic life.’ Instead, he’s this man who is as solid as a rock, and who is that rock in his relationship. And I got to lean on it when I needed to. It was like family.”

Working together again: “It was Pavlovian: Ring that bell, and you get right into Stabler and Benson,” says Meloni. “There was so much shorthand between us, which all goes back to the trust we have,” Hargitay adds. “He’s always made me feel like I could just jump off the ledge, the cliff, the bridge, and he would catch me, in so many ways, whether it was comedy or acting or friendship.” “It’s simple,” Meloni says. “We have each other’s back.”

Inject this into my veins!! God I love them so much. To have that kind of trust and respect between coworkers/friends and then to be able to show it on screen, as a functional working relationship between a man and a woman who are not romantically involved. It’s great! And I am so looking forward to this show.

Also: there’s some secrecy about who else from the L&O cinematic universe might show up in this new thing. Maybe Mike Logan (Chris Noth) or Bobby Goren (Vincent D’Onofrio)!! No, probably not, but it would be great. 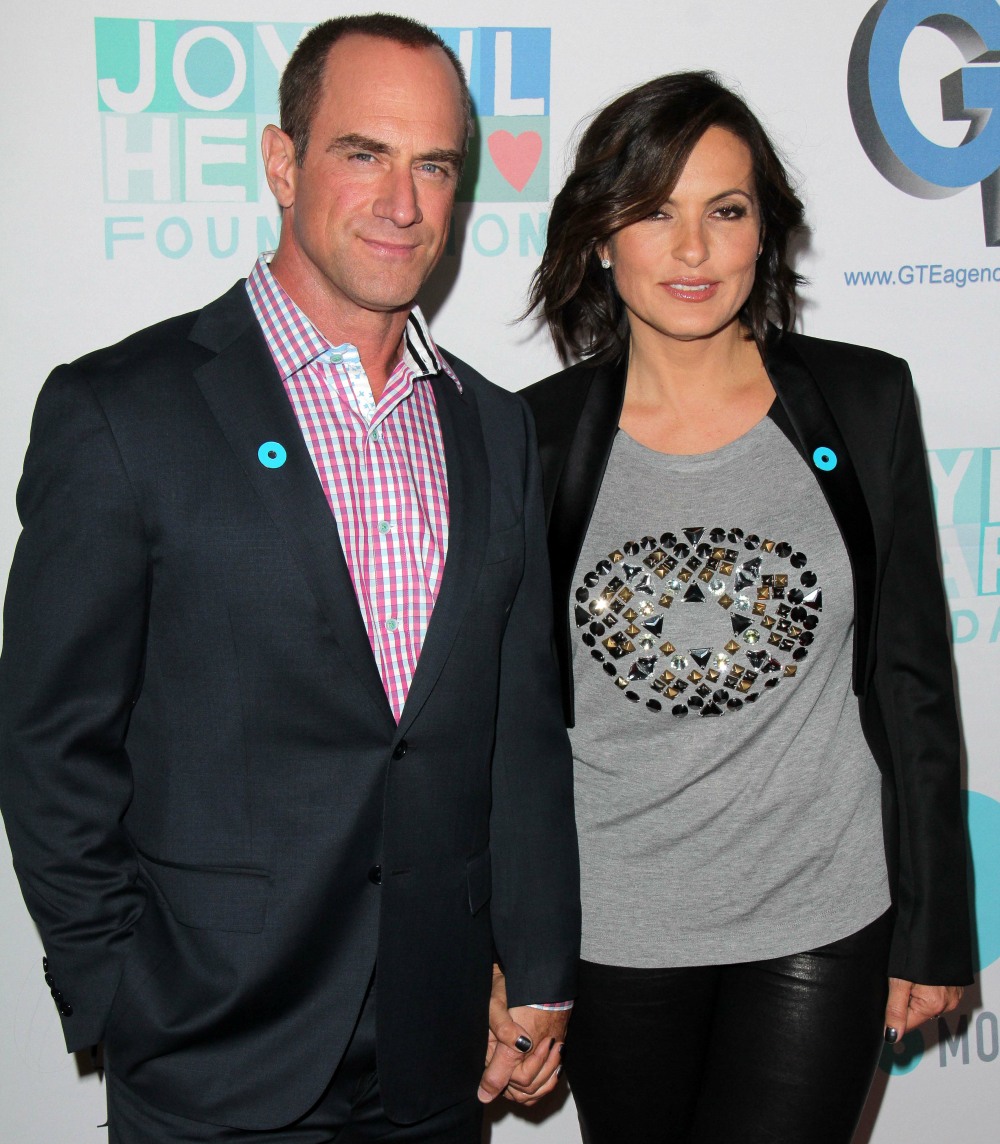 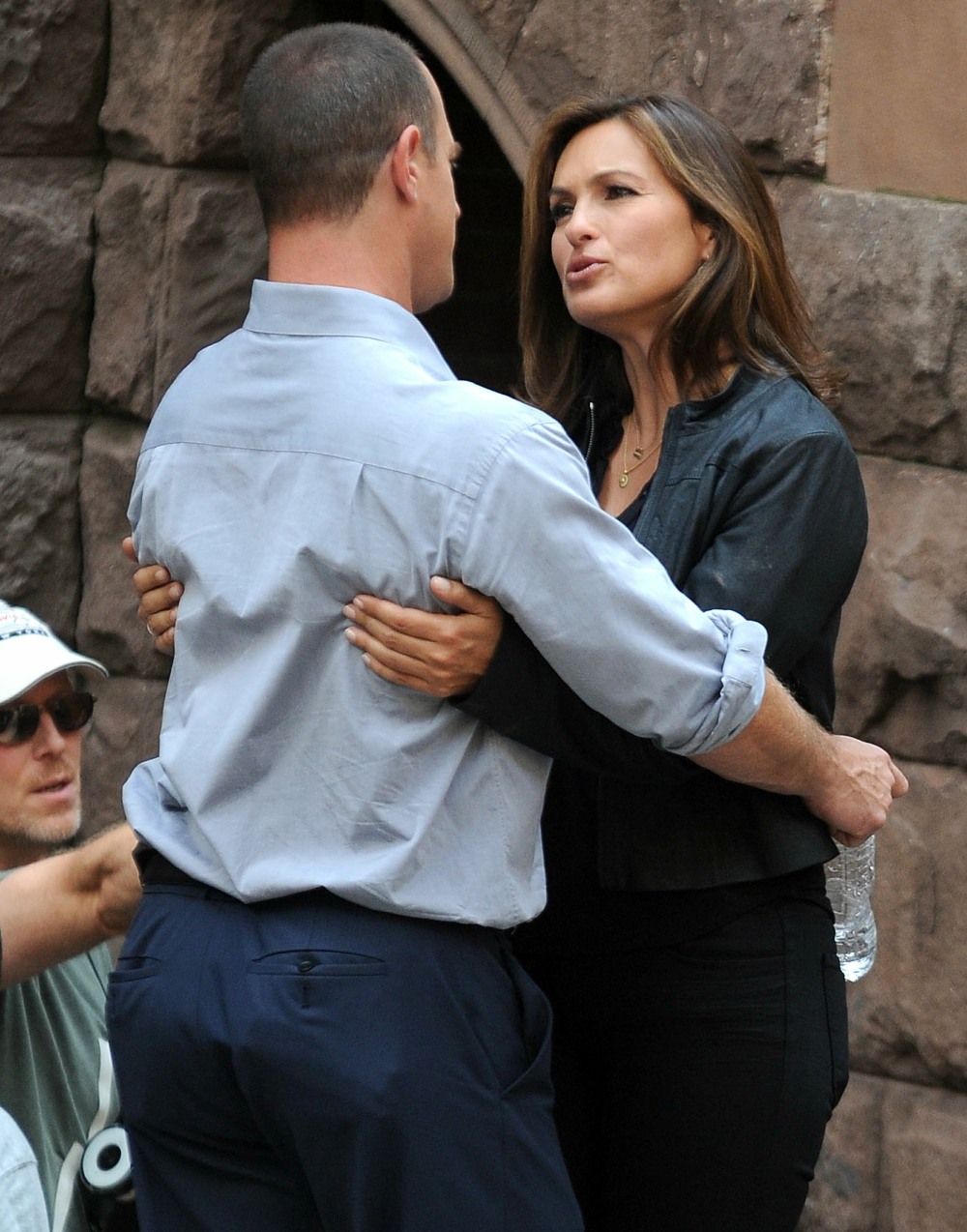