Gary Oldman on his alcoholism: ‘I used to sweat vodka, my tongue would be black’ 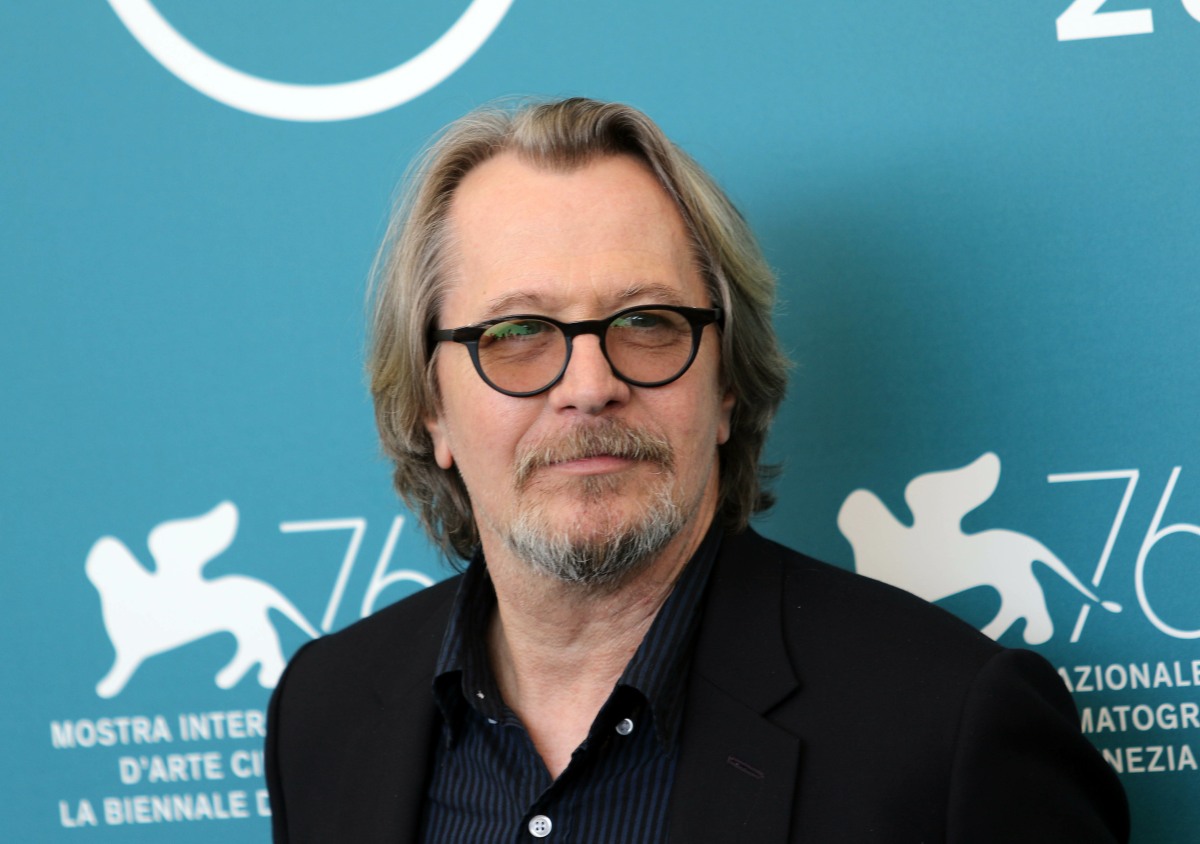 I finally got around to watching Mank after putting it off for months. It was okay. I understood, before I watched it, what the story would be about: the Hollywood Golden Age and a notorious and well-connected alcoholic, Herman Mankiewicz. I hoped to see more of Orson Welles, but Orson-as-a-character was barely in it. Instead, it’s a two hour and 11 minute movie which honestly feels like a four-hour bender. Mank drinks and drinks and drinks. Sometimes he’s a mensch and sometimes he’s awful. I guess we were supposed to have sympathy for him or think that he was some kind of unsung hero? He wasn’t. He screwed over friends and foes and he nurtured stupid grievances. Anyway, Amanda Seyfried is good in it and I honestly enjoyed Charles Dance as William Randolph Hearst. But it looks like all of the money and energy is going into Gary Oldman’s best actor campaign for playing Mank. He’s actively campaigning too. Check out his interview with the LA Times:

His thought when he saw the assembled Mank cast: “God … and I’m going to be the one to come and f— it up. I tell you, the rubbish that goes through your head. I know what kicked in my insecurity initially — it would have kicked in eventually anyway — but I’m reading this script, and Mank has all these one-liners he throws out, and you have to infuse them with enough charm to make them palatable. How do you make this guy likable and not this grump, snarky drunk? That was the challenge.”

He’s been sober for nearly 24 years: “When I was drinking, I was working and I was remembering lines, so you feel you’re getting away with it, though, deep down, beneath the denial, you know. Herman, with that self-effacing humor, he was at lunch, drinking with a friend, who said, ‘Why don’t you go home sober for once?’ And he answered, ‘What? And have [wife] Sara throw me out as an impostor?’ I did the same thing. I would sit down and tell the waiter, ‘I’ll have a large vodka tonic. And can you bring it now because I’m an alcoholic. I need it quicker.’”

Romanticizing alcoholism: “People romanticize it, and even I romanticized it. All my heroes were drinkers or opium addicts, and you get all misty-eyed about these poets and playwrights and actors who were big drinkers. That great line, Dorothy Parker: ‘I’d rather have a bottle in front of me than a frontal lobotomy.’ I think it may have been Brendan Behan who said, ‘I’m an alcoholic with a writing problem.’ Now that’s witty. Great lines. But you can’t separate the two. Scott Fitzgerald said, ‘You take the first drink, and the drink takes you.’ I used to sweat vodka. It becomes such a part of you. My tongue would be black in the morning. I blamed it on the shampoo. I wouldn’t wish it on my worst enemy, to be in the grip of it. It’s hell. And that self-effacing humor? That’s just there to mask the inadequacy.”

Remembering his friend David Bowie: “Having been in recovery, one of the most profound lines is ‘planet Earth is blue, and there’s nothing I can do.’ That is it right there for me. There’s nothing I can do. That’s the thing where you sometimes drink because you need something habitually. You’ve got to clear the fog. And finally you go, ‘There’s nothing I can do about that. No matter what I feel, a drink’s not going to do it.’ Such a wonderful, simple line. David was a poet. Not a day goes by when I don’t miss him.”

As far as Oscar campaign interviews go, this is a pretty good one. He strikes the right tone, he’s self-effacing and confessional about the darkness of his own addiction, and acknowledging that Mank is a guy with demons and deep inadequacy. While the film shows Mank in all his flaws… there is still such romanticism to the film and to the character. The screenplay constantly reminds us that the poor guy isn’t living up to his potential, that he supports good causes, that he’s loyal to a couple of his friends, that he has a heart of gold and a demon on his back. But at some point, it’s just exhausting to give that much depth and nuance to a guy who f–ked over people close to him and who seemed like a f–king monster while he was drinking, and he was always drinking. It came across as navel-gazing. But sure, I bet Oldman is a top Oscar contender, even though he just won an Oscar a few years ago. 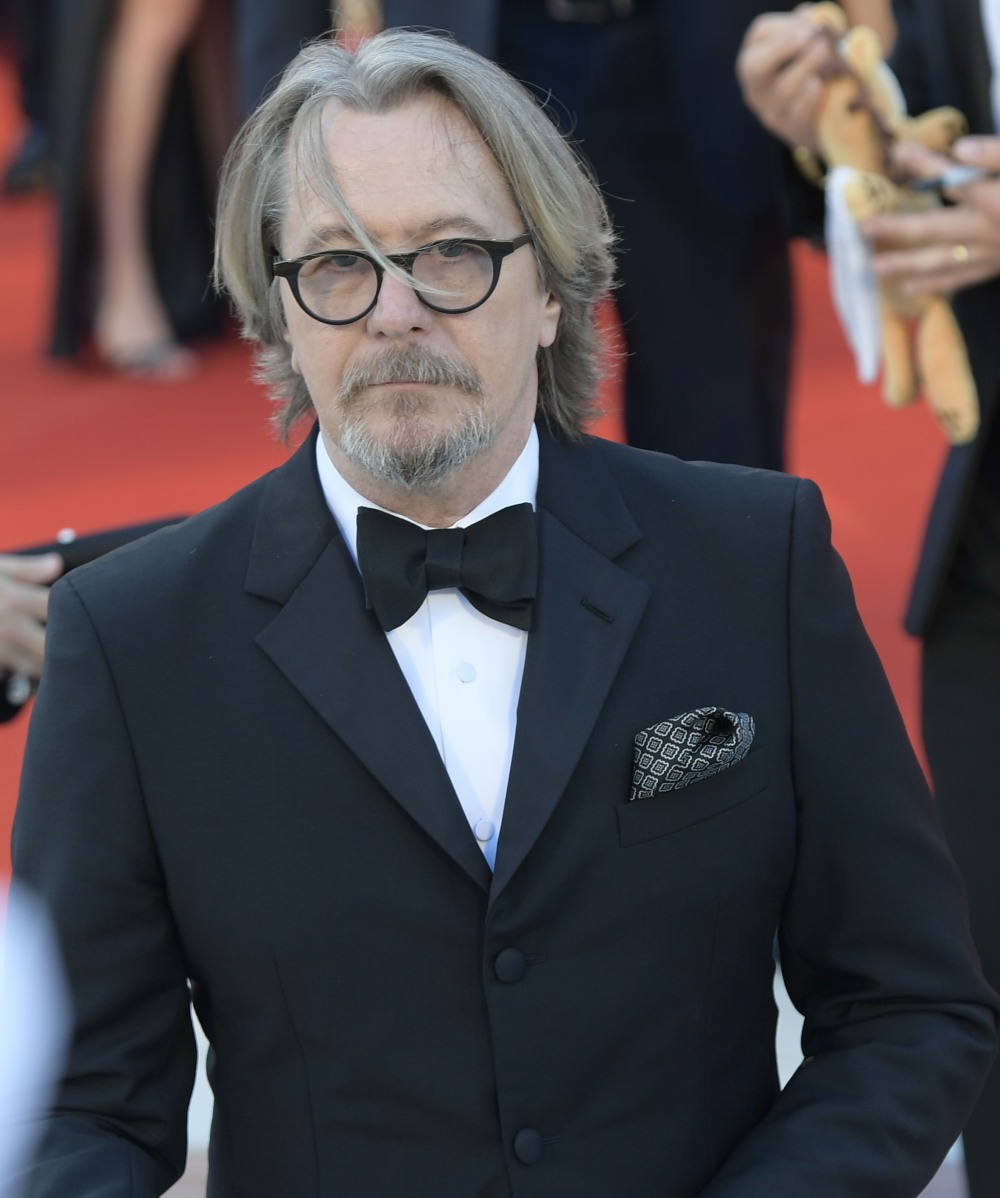 17 Responses to “Gary Oldman on his alcoholism: ‘I used to sweat vodka, my tongue would be black’”