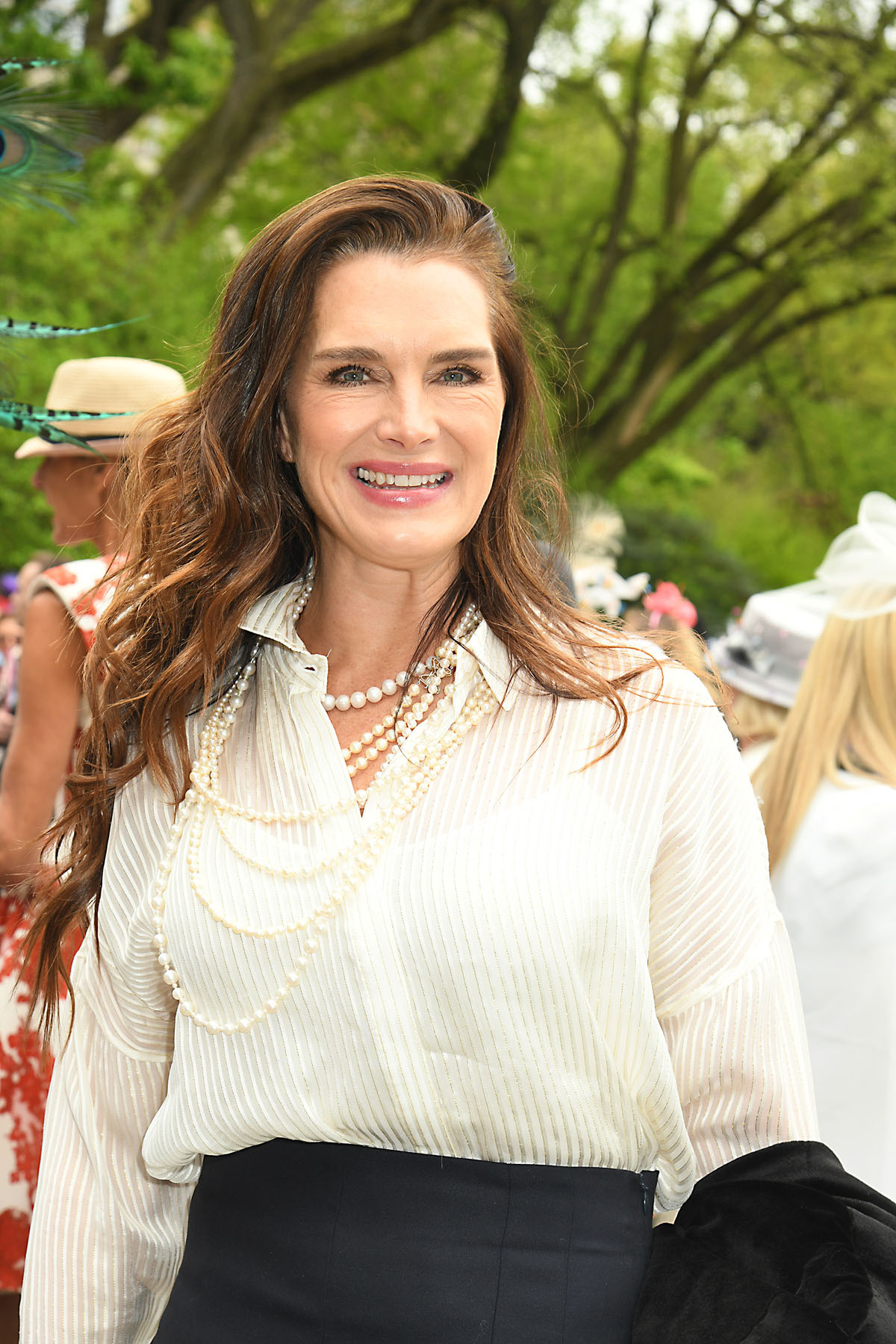 The year hasn’t gotten off to a good foot (no pun intended) for Brooke Shields. Brooke has been painfully recovering from a broken femur that almost cost her the ability to walk again. Brooke accidentally took a tumble at her gym while doing some work on a balance board. Brooke fell off the board and broke her right femur. She had to be rushed to the hospital where she received several blood transfusions and two metal rods (initially) to hold the bone together. Unfortunately, Brooke’s femur was still unstable so she had to endure a second surgery that required her getting five more rods and a plate. And if that wasn’t enough, after spending two weeks in the hospital, Brooke developed a staph infection when she returned home. Brooke had to be readmitted to undergo treatment for her bacterial infection. Brooke said she had to relearn how to walk and her normal attitude of powering through life did not apply for this situation. Below are a few more quotes which Brooke gave to People about what she went through:

“It felt like it was all in slow motion. And then I just started screaming,” says Brooke Shields of her accident at a downtown New York City gym in late January, when she fell off a balance board, flew up in the air and landed with such force that she broke her right femur.

“Sounds came out that I’ve never heard before,” she tells PEOPLE.

Shields, 55, says the injury left her wondering if she’d ever walk again. So when EMTs arrived to place her on a stretcher, “survival kicked in,” she says, “so I kept saying, ‘I can feel my toes’ because I was so afraid I was paralyzed.”

She needed surgery to insert two metal rods, “one from the top of my hip down, and another across into the hip socket,” she explains. But after the broken portion of her right femur popped out, she immediately underwent a second surgery to add five rods and a metal plate to anchor it all in place.

“I never considered myself Zen,” she says, “but I realized with a certain calm that the rest is up to me now.”

After two-and-a-half weeks in the hospital, she went home and developed a very serious staph infection which required her to return for emergency surgery on the IV site where she’d had three blood transfusions.

Rather than once-a-day physical therapy, Shields asked for twice-a-day workouts. But then she realized, “for the first time in my entire life, I thought, ‘I can’t power through this,’ ” she recalls. “I can’t even stand on my leg or go up a step. I need to relearn how to even walk. The feeling of helplessness is shocking.”

I used to be a surgical technologist and assisted on many IM Nail (intermedullary rod insertion surgery) and internal fixation surgeries, especially when I lived in NYC. So many women specifically over a certain age (usually over 55-60) would break their femur when they would slip on the icy sidewalks in the winter. Often because of their age their bones were more brittle. What Brooke went through during a pandemic must have been traumatizing and I can definitely understand her fear of being paralyzed. From Brooke’s account it seems she landed hard on her back as well. Hopefully she is receiving the therapy she needs to heal (both emotionally and physically).

I am very happy to hear that Brooke did not develop a MRSA infection because that would have been so dangerous. It is so sad, too, that Brooke had to go through her earlier recovery alone due to COVID protocols. I can’t imagine being afraid that I won’t be able to walk again, going through several surgeries and having the fear of contracting COVID or a MRSA infection without seeing family. It all sounds quite painful but I am happy that she is able to walk. I am also sure that her recovery will be aided by the fact that she is healthy and fit. Watching Brooke struggle to walk up a few stairs in one of her Instagram videos (I added it below) was heartbreaking. However I can see the fighter in her. I like that Brooke said she had to learn not to power through but give herself the space to heal which is a very important distinction. Brooke is a national treasure to us 80s kids and she will always be the girl who wouldn’t let anything get between her and her Calvin’s. I wish Brooke a speedy and full recovery. 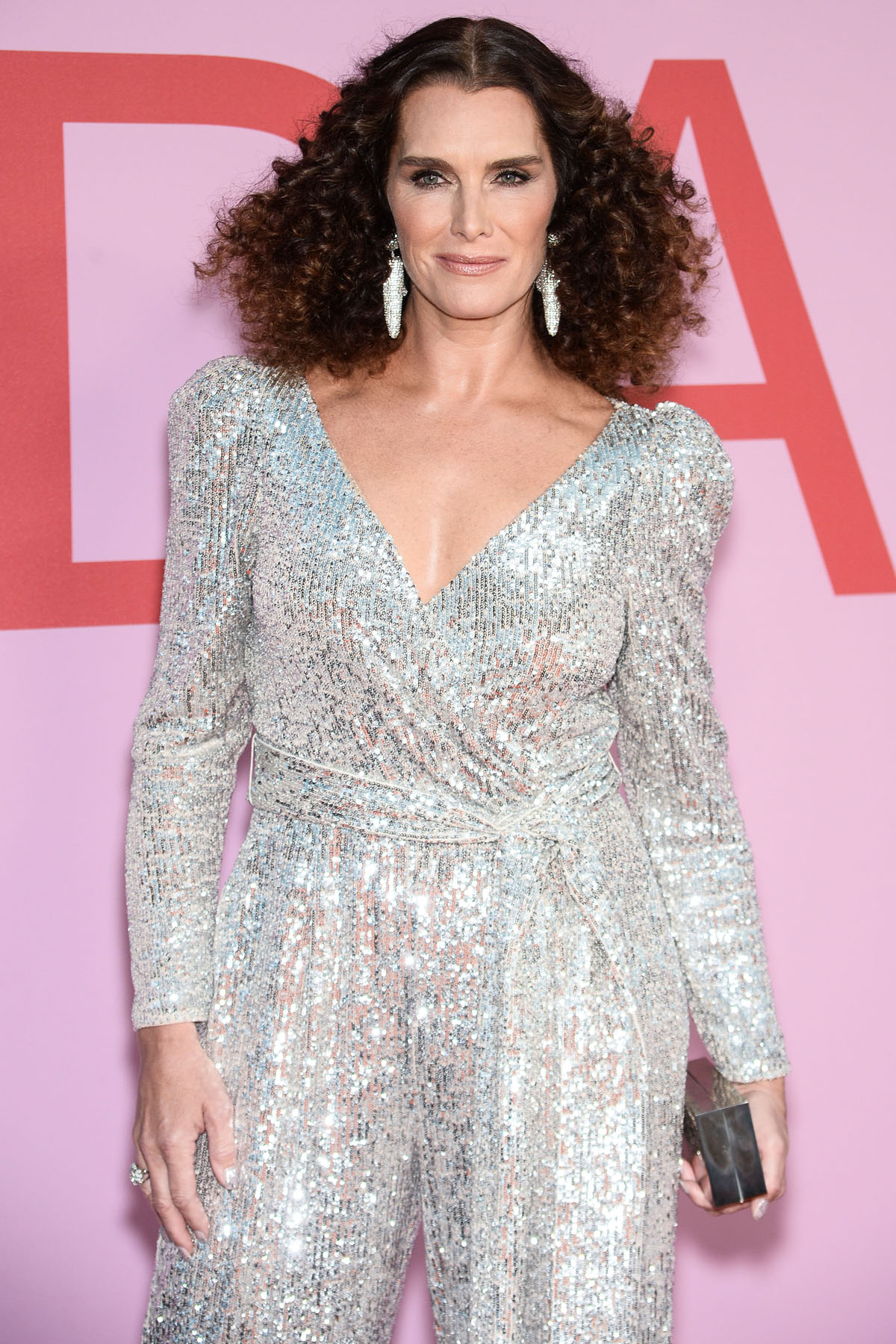 Event photos are from 2019 and credit: Avalon.red. Other photos via Instagram