Jennifer Garner: ‘Sometimes you just have to walk away from your kids’


Embed from Getty Images
Jennifer Garner is on the cover of People Magazine this week. Hecate covered an earlier article in People about it, where Garner talked about how it’s stressful to try to work from home with three kids. She compared it to working in a blender, which is very weird. I haven’t seen Yes Day yet and don’t plan it after Hecate told me it sucks. I’ve heard mixed reviews, with Dustin at Pajiba saying it’s a passable family-friendly movie. In this second part of her interview, Garner talked about parenting issues. She didn’t mention Ben from what I’ve read. There’s the question of how much he actually has the kids, but she hasn’t mentioned her nanny either. I’m not saying it’s disingenuous, she seems very hands on and probably doesn’t have help 24/7. It’s just that her issues are not the same as a single mom working from home with three kids. Still, I like the fact that she’s being open about getting overwhelmed and needing to step away. A lot of moms can relate to that.

The actress, 48, has also tried to stay optimistic for her kids while her family sheltered at home in L.A. during the pandemic. “I don’t know that I’ve stayed positive the whole time,” she admits. “I think I’ve had a couple of temper tantrums. And I hope [my kids] have too. I think you have to. It’s like, have your feelings. But there’s so much to be grateful for.”

Finding ways to give back has helped as well. “You take a deep breath and start brainstorming about what can we do to help,” Garner adds. “Like my daughter, she likes helping people on GoFundMe, so for Christmas, she asked for a little GoFundMe money. She said it just gives her a lift.”

As for the little aggravations most moms face on a daily basis, Garner experiences her fair share.

“Kids who ignore you when you talk to them five times in a row. When they’re mean to each other. Or when they won’t try and they just like, lay on the floor,” she says with a shrug. “And then I realize I basically do the same thing. I mean, sometimes you just have to walk away from your kids. You don’t even have to announce it. Or you just say, ‘Oops. Hold on. I think somebody’s calling me in the other room.’ You just have to get away.”

When she really needs a moment of self-care, Garner turns to her girlfriends. “And laughing. And a good workout,” she says. “I’ve done The Limit with Beth Nicely almost every day and I always feel better. I had a trainer for 20 years, Valerie Waters, who I love so much. Her saying was, ‘You’re always one workout away from a good mood.’”

I love that saying “you’re always one workout away from a good mood” as exercise is one of my favorite things to do. I definitely agree with that. People has the video of her giving this portion of the interview and she’s really positive and upbeat while she’s saying her kids bug the crap out of her. I can’t remember her ever being this open about issues at home with her kids. I’ve had moments like this in lockdown with my teenager, but it must be worse with two more kids younger than that. Sometimes I think about how hard it must be for parents who are working from home and trying to homeschool their small kids. I’ve seen some glimpses from friends, but I’m sure they’re putting a happy face on it. Things are looking up for all of us with the vaccine though.

Another quote from the People profile that is getting press is where she says she’s not going to remarry anytime soon. She said “I definitely don’t think that I’ll be single forever, but this is not the time [to remarry]. I don’t need to complicate it; I’m good.” I understand why she’s asked these questions but I feel like they’re specifically geared to women. Single or divorced men are rarely if ever asked when they’re planning to get married.

Garner was supposed to go to Alabama with First Lady Jill Biden last week to discuss the American Rescue Plan and how it will help low income families. Their trip was canceled due to the devastating tornadoes in the area. Here’s a link with organizations that are helping with disaster relief in Alabama. 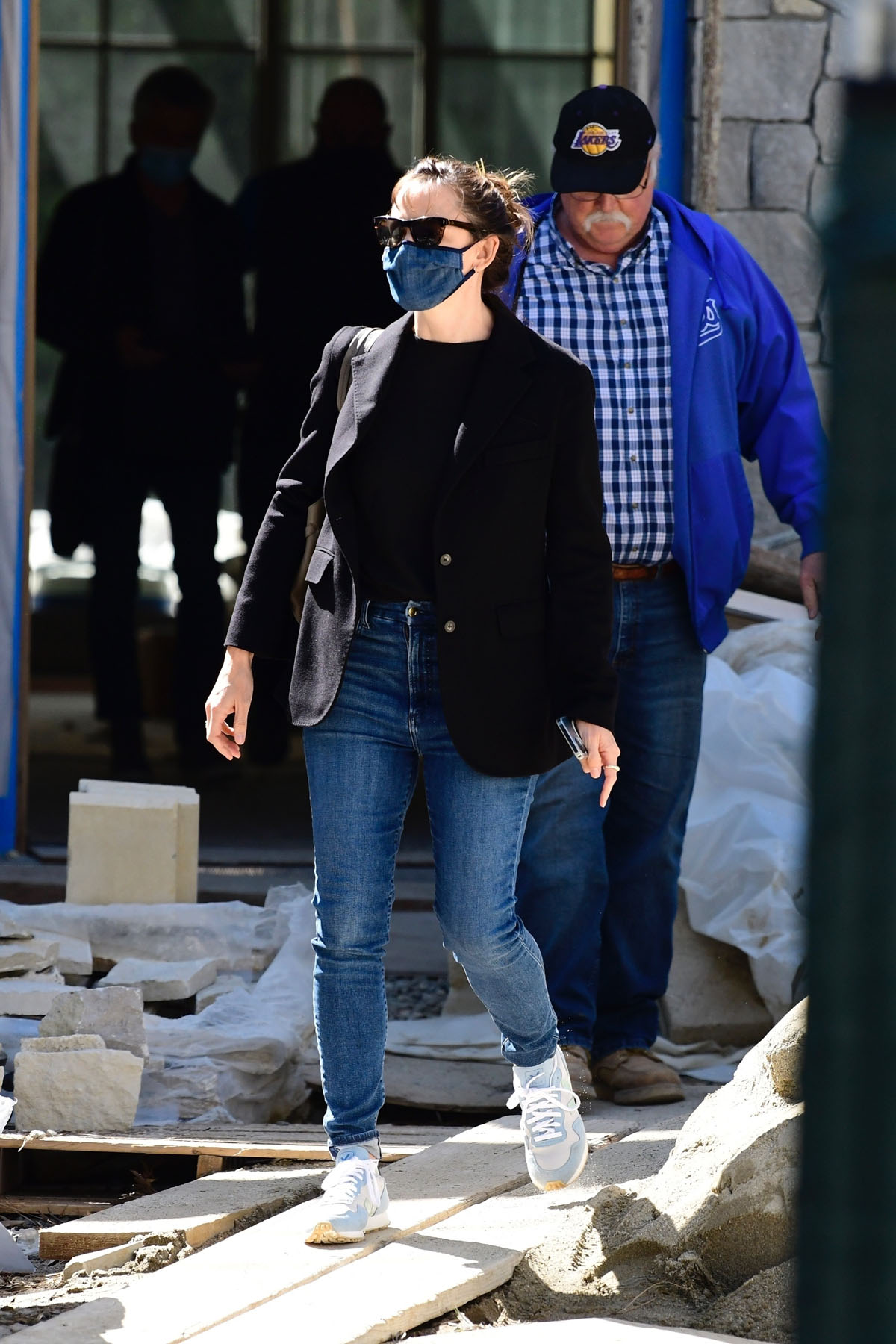 11 Responses to “Jennifer Garner: ‘Sometimes you just have to walk away from your kids’”