Molly Yeh’s popcorn salad, with veggies & mayo, is not a thing in the Midwest 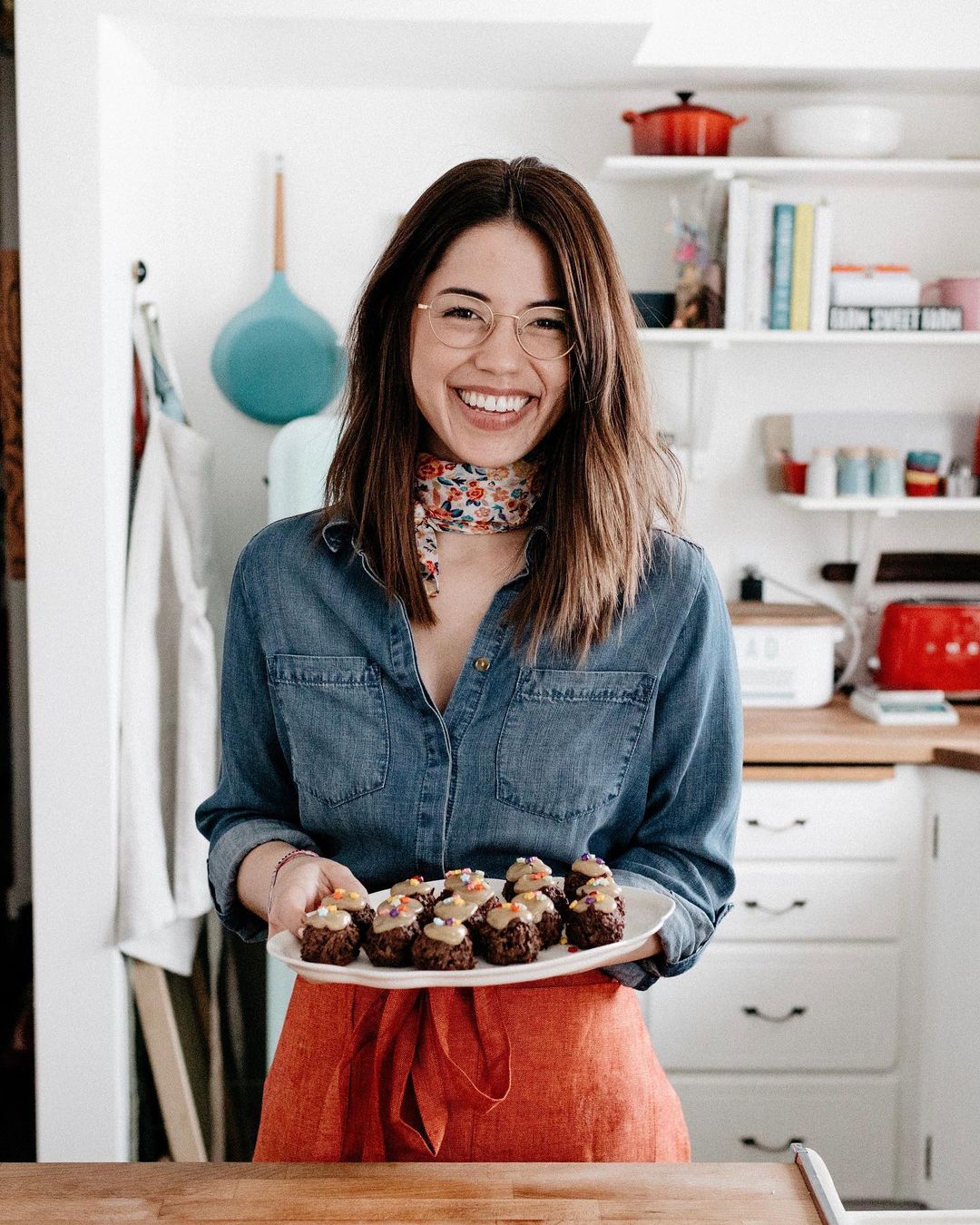 From people putting raisins in their potato salad to cooking unseasoned chicken, there seems to be no bottom to terrible food pr0n. Chef Molly Yeh, who grew up outside Chicago, created a monstrosity on her Girl Meets Farm Food Network show called popcorn salad. Said disturbing salad indeed consisted of popcorn, veggies like peas and watercress and frigging MAYO people. MAYO! Mayo is the Black person’s kryptonite but I digress. The roasting and backlash was hilarious and peak Twitter. Below is more on Yeh’s video from Indy 100:

Chef Molly Yeh went viral over a recent recipe she shared on her Food Network show, Girl Meets Farm, which contains piles of soggy-looking popcorn as well as peas.

Flavored with cheese powder, mayonnaise, and shredded vegetables, Yeh spends the majority of the episode trying to convince viewers that the ‘texture of the popcorn is so weirdly good’.

“This is my kind of salad,” Yeh says, before helping herself to a large mouthful.

“This salad is going to crunch… I mean, crush, at our party,” she adds.

Yikes, as if the recipe wasn’t questionable enough, the puns are just as awful.

Naturally, viewers were quick to voice their own opinions on the recipe, and it safe to assume they weren’t feeling it either.

As a devout popcorn connoisseurs, we have mixed feelings on the recipe. On the hand, we’re also firm believers in trying everything once – if this gets upvoted on Indy100.com, we might just make it.

I am cringing on the inside ya’ll. I couldn’t even watch this video to the end and I truly believe in my soul that Molly is trolling us. And if Molly ISN’T trolling us then her chef’s license should be revoked. Who the hell mixes peas, mayo, watercress, and popcorn together? Whose idea was this? And the nerve of Molly to blame her Midwestern upbringing on this nightmare is even more ludicrous. NO ONE in the Midwest would destroy a great pot of perfectly popped popcorn like that. Midewesterners appreciate and respect the kernel. Garret’s is a prime example.

My Celebitches, I feel bad that I have to share the video with you. I am guilty of traumatizing and you lot with this ‘orror in the name of work and I am sorry (not really but I don’t want ya’ll coming for me). In all honesty, I feel like if I have to burn out the back of my eyes, so do you.

As a self professed foodie and amateur chef, I am a true believer that raisins don’t go in potato salad, chicken needs to be seasoned, and watercress, peas, mayo and popcorn do NOT belong together. I think I was even insulted that this recipe was done for a segment on Yeh’s show on the Food Network. All I got to say to Molly, bish you better not ever, never ever bring some sh*t like that to one of my parties. I hope folks continue roasting her so that Molly will know better than to create a disgusting recipe like this again. With that being said, here’s the video:

Here are some reactions:

I wish a bitch would bring that shit out 😭😭😭😭😭😭 pic.twitter.com/iKF6ahMIIW

I'm so sad to see the popcorn salad coming from Molly Yeh, the cutest cooking star in the world. But I cannot protect you from the barbs of Twitter this time, Molly https://t.co/SoHf71gUrg

fellow white women…. what and also why https://t.co/K3nRiK0anx

The upsetting part is that I love Molly Yeh in concept, but this recipe is unforgivable to the point of trolling. https://t.co/imyRKkB6nJ

As a native of the midwest…I rebuke this recipe!!! pic.twitter.com/QsCJEndcka 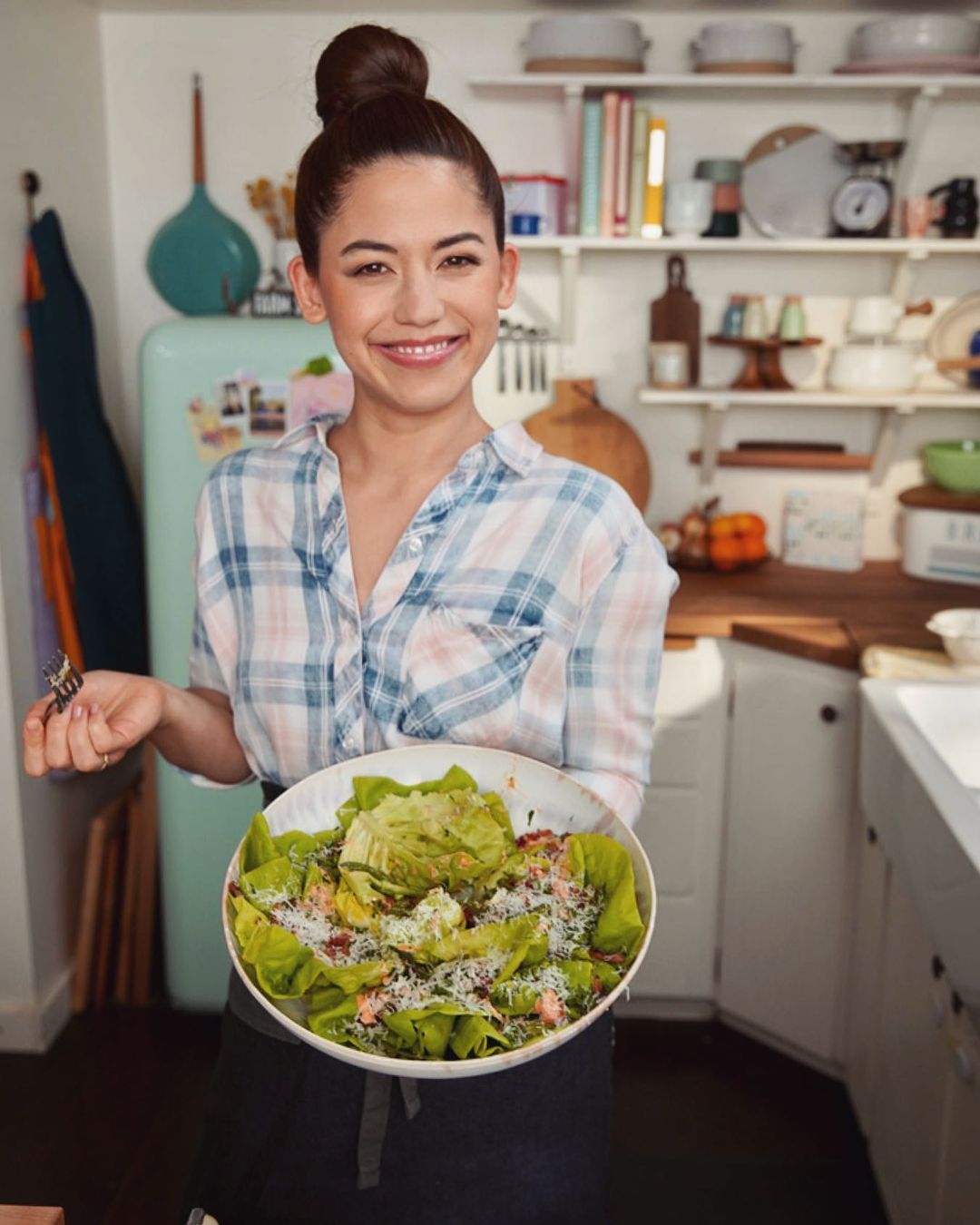 235 Responses to “Molly Yeh’s popcorn salad, with veggies & mayo, is not a thing in the Midwest”