Miranda Kerr and Katy Perry did an IG video, bonded over being moms

Miranda Kerr has a pretty successful beauty line called Kora Organics. She also has a pretty successful family life with husband Evan Spiegel and her sons Flynn, Hart and Myles, and gets along well with her ex-husband, Orlando Bloom, and his fiancée, Katy Perry. After a bumpy start to Katy and Orlando’s relationship, we’ve heard that everyone gets along well for the sake of the kids. After watching this IG with Miranda and Katy, I believe it. They genuinely like each other and relate to each other with a familial comfort. It was nice to watch. Katy is wearing this gorgeous robe that Miranda gave her for Christmas, and they talk about using Flynn, who is Miranda and Orlando’s 10-year-old son, as their Kora product mule. That’s how Katy gets all her goodies from Miranda. They were complimenting each other about everything they both do in their busy lives, and that’s when they went on for several minutes on how much being a mom means to them. They also bonded over their kids being their “number one love” and said their children’s love has completed them.

Miranda: [Orlando] is very much into fitness.

Whenever it’s time for Flynn to come over to our house, Flynn will also bring amazing nuggets of knowledge about skincare or food. We stopped eating eggs at our house. [I thought] ‘Woo woo California healthcare.’ Then I looked it up and I was like ‘no more eggs.’

Miranda: Anthony William, his books The Medical Medium and Cleanse to Heal, helped me so much. I got quite sick when I was pregnant. They say when you’re pregnant your immune system can be suppressed. I got gastrointestinal issues and the only thing that helped me was eating plant-based and pure.

The kids are my number one love as you know. It’s the best thing in the world, being a mom.

Katy: It’s the best job, it’s the most fulfilling. I got the opportunity to climb every mountain career-wise, but there was no feeling like when I had my daughter. That was all the love that I was ever searching for.

Miranda and Katy spoke about being a mom for close to three full minutes. Both ladies hold it as the single most fulfilling thing they’ve done, which is pretty impressive when you consider their respective careers. Katy talked about the love being, “an unwavering, unconditional love.” She said nothing was being asked of her as a mother, and that it just came naturally to her. I’m always happy for mothers who feel this way. I’ll admit, I also get a little jealous. I would love to feel about motherhood in the terms they describe. Maybe it just doesn’t come naturally for all of us. They not only have motherhood sorted, they have co-parenting figured out, which is fantastic for everyone involved. Whenever they referred to anyone in their family, there wasn’t any sense of that’s your family and this is mine, it felt fluid. I also like that Katy isn’t always necessarily on board with Miranda’s holistic and “woo woo” ideas, but she hears her out and does her own research on it. That’s respectful.

They talk a lot about crystals, which Miranda is a big believer in. She uses them in the production of her line. She filters the products through them to absorb the crystals’ energy, only after the crystal has been cleansed by the sun and the moon. I had some crystals gifted to me. I’m not a huge believer in them, but I’m also superstitious so I made them a special pouch and take them out during a full moon because what if I’m wrong, you know? So I don’t know if Miranda’s rose quartz and citrine filtering add anything to her Turmeric Glow, but she’s committed to it and it can’t hurt it. You can tell that’s Katy perspective too. Which again, is cool. Katy doesn’t have to believe in it. But she didn’t dismiss her, either.

On a superficial note, Katy said she’s not wearing anything but a little under the eye concealer and Miranda’s new Glow moisturizer and she looks incredible! She should always do less makeup. I might check this Turmeric Glow stuff out, both ladies look amazing. However they kept going on about the product’s packaging and how beautiful it was. I don’t actually like it that much. 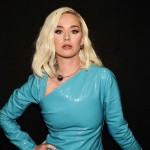 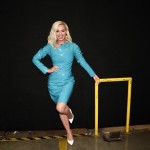 14 Responses to “Miranda Kerr and Katy Perry did an IG video, bonded over being moms”