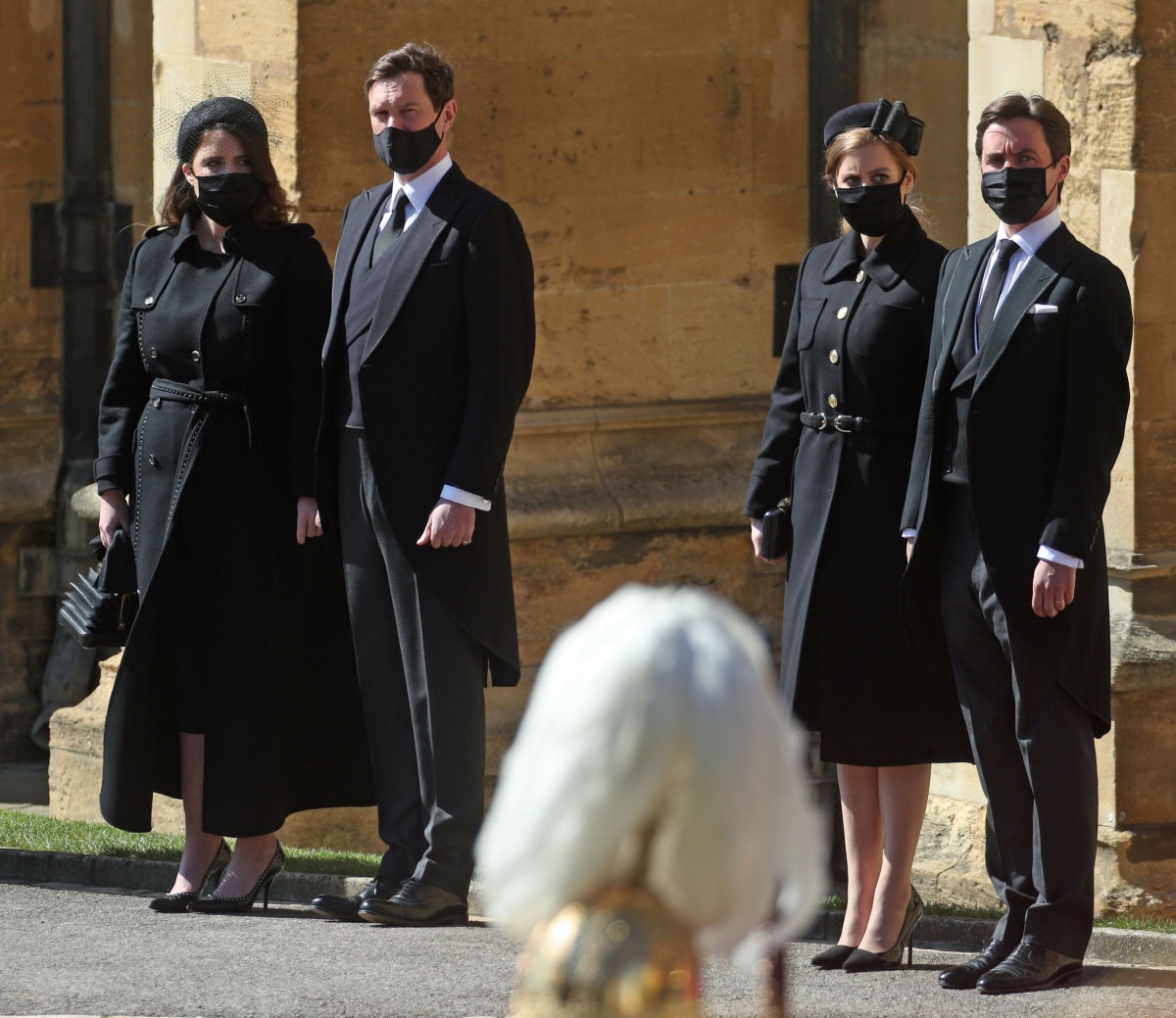 The Duchess of Cambridge got a lot of attention for her look at Prince Philip’s funeral, but what of the York princesses? People have always said that Princess Eugenie and Princess Beatrice were especially close to their grandfather and grandmother, and they were both allowed to bring their husbands to the funeral (which surprised me). Eugenie gave birth to her son August in February, and she is still very much on maternity leave, but she still came out for the funeral. As did Zara Tindall, who gave birth to her son at home on March 24.

So, Princess Beatrice was the one who was not postpartum, and so she dressed up in a custom coat by Claire Mischevani, in what was probably a massively expensive piece. Her husband Edoardo Mapelli Mozzi looked especially well pulled-together too, and someone suggested that Edo has been a great influence on Beatrice’s fashion. I get the feeling that he’s quite a dandy, so maybe he has been styling her. Also, look at how long Bea’s hair is now! It’s almost to her waist.

As for Princess Eugenie, her Gabriela Hearst coat dress retails for £5690. She also seemed to be carrying a Gabriela Hearst purse. The coat looked too heavy on her and I feel like she was probably burning up, but whatever. She has the look of someone who just wanted something black, something respectful and something which fits. Also: how much money is Jack making as a tequila ambassador if Eugenie is dropped $7000-plus on black coats? 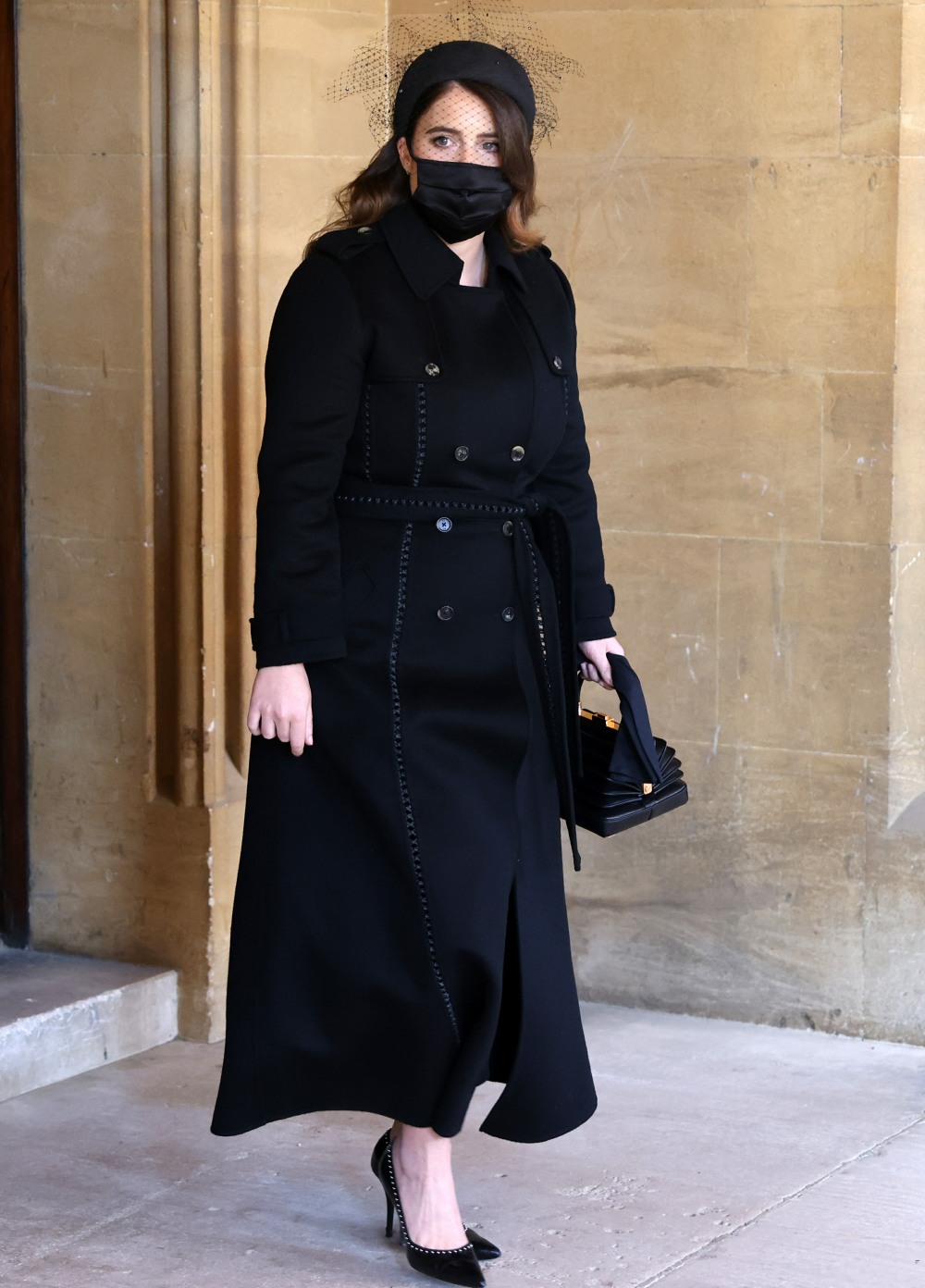 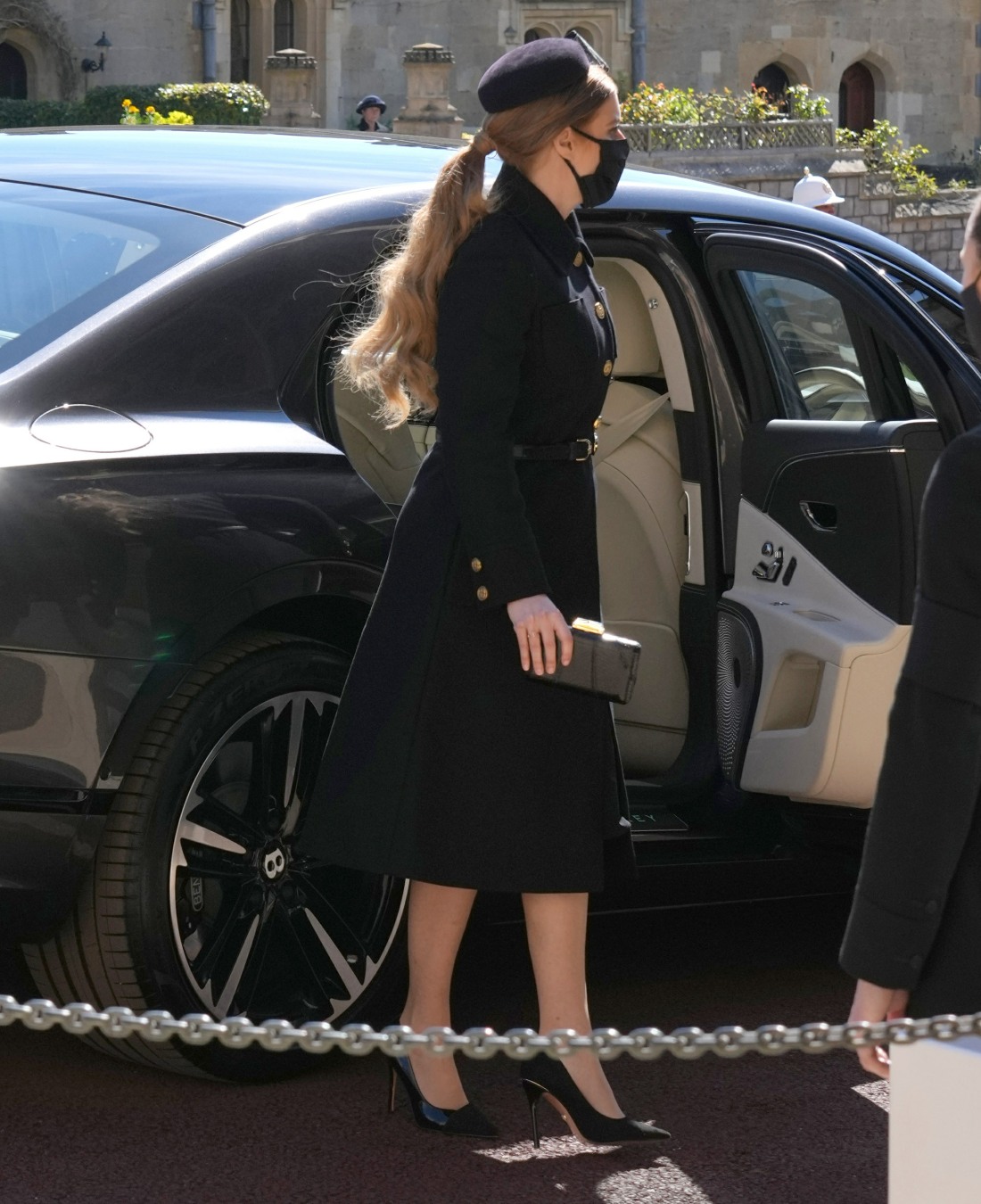 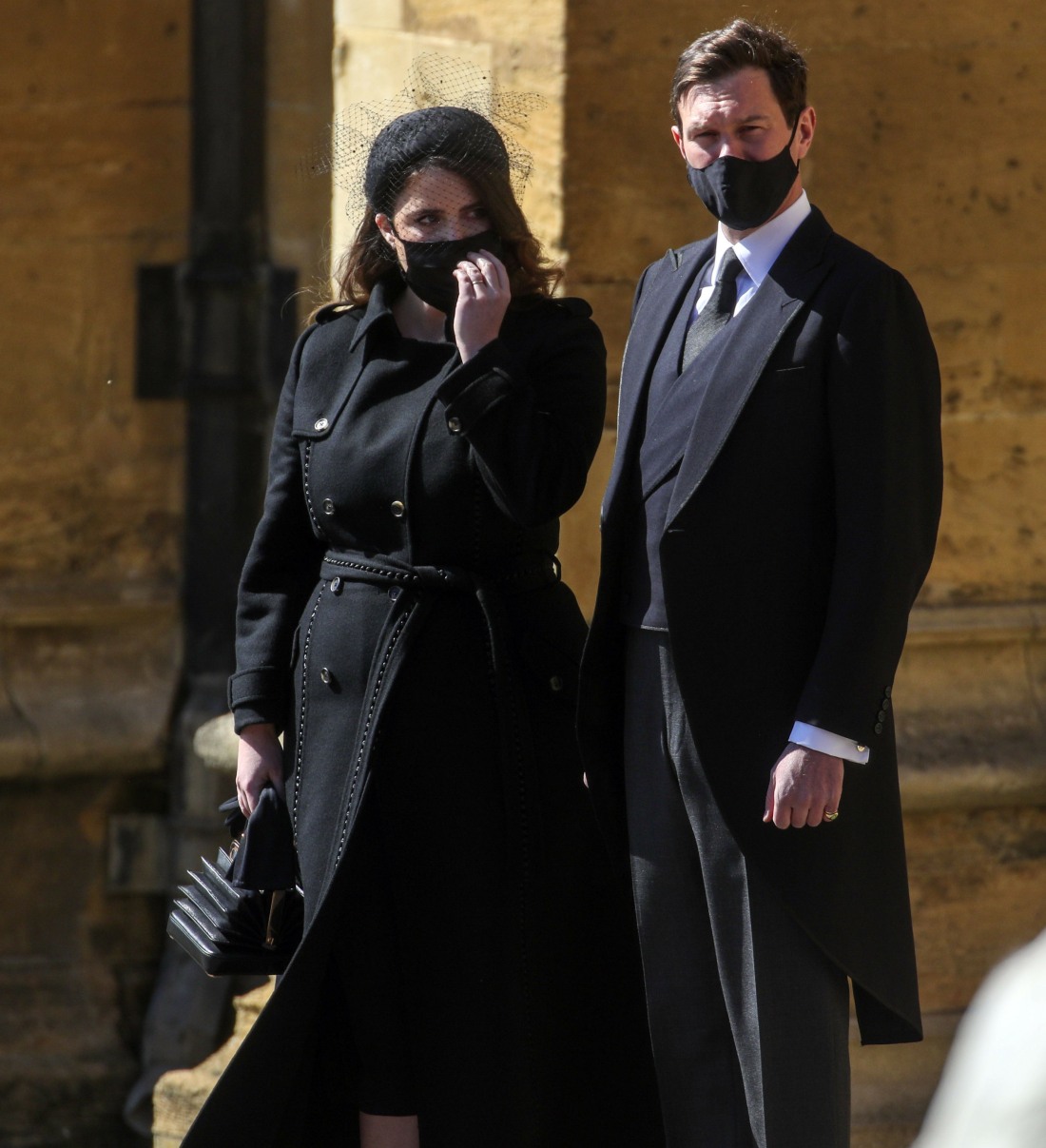 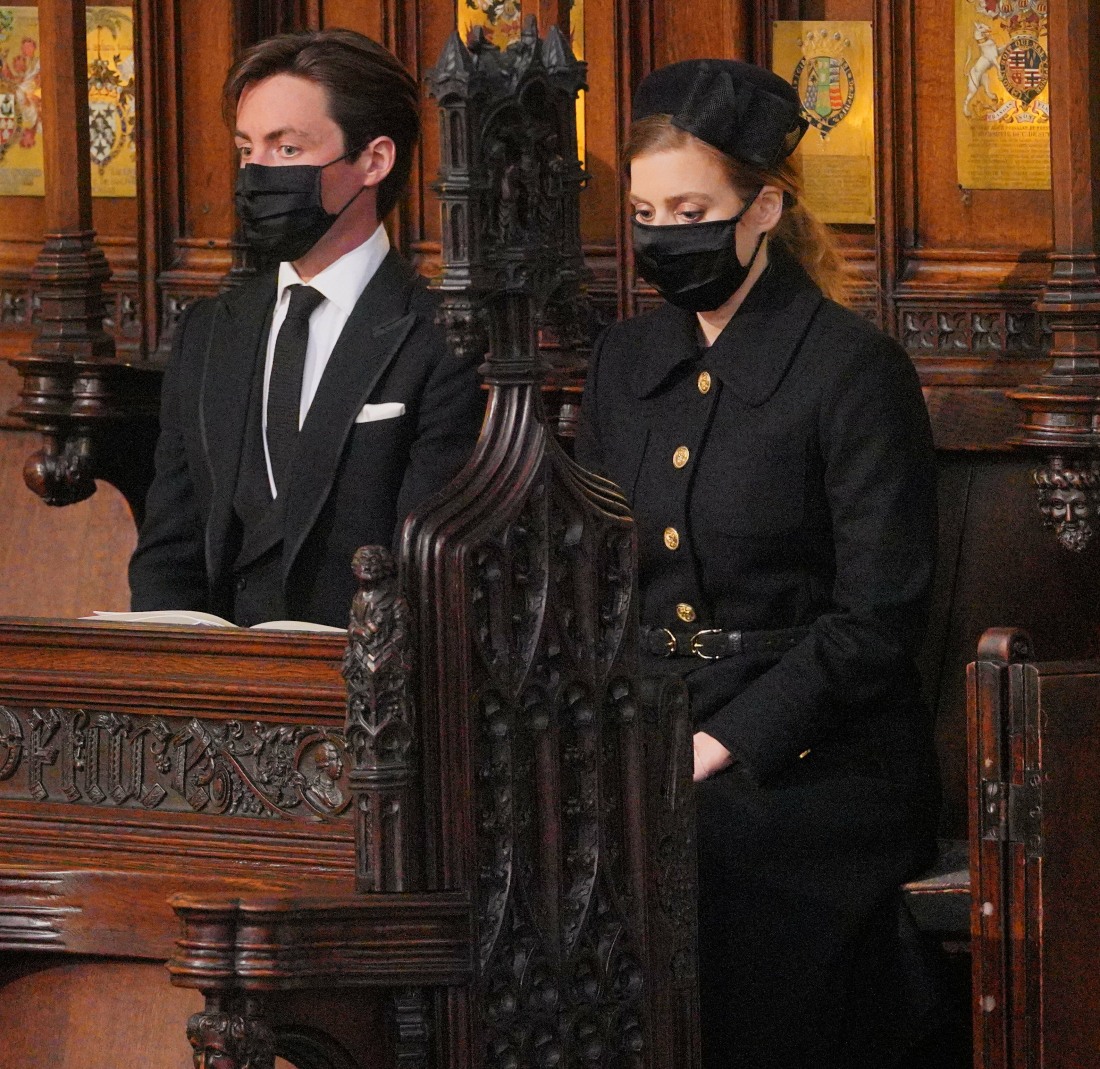 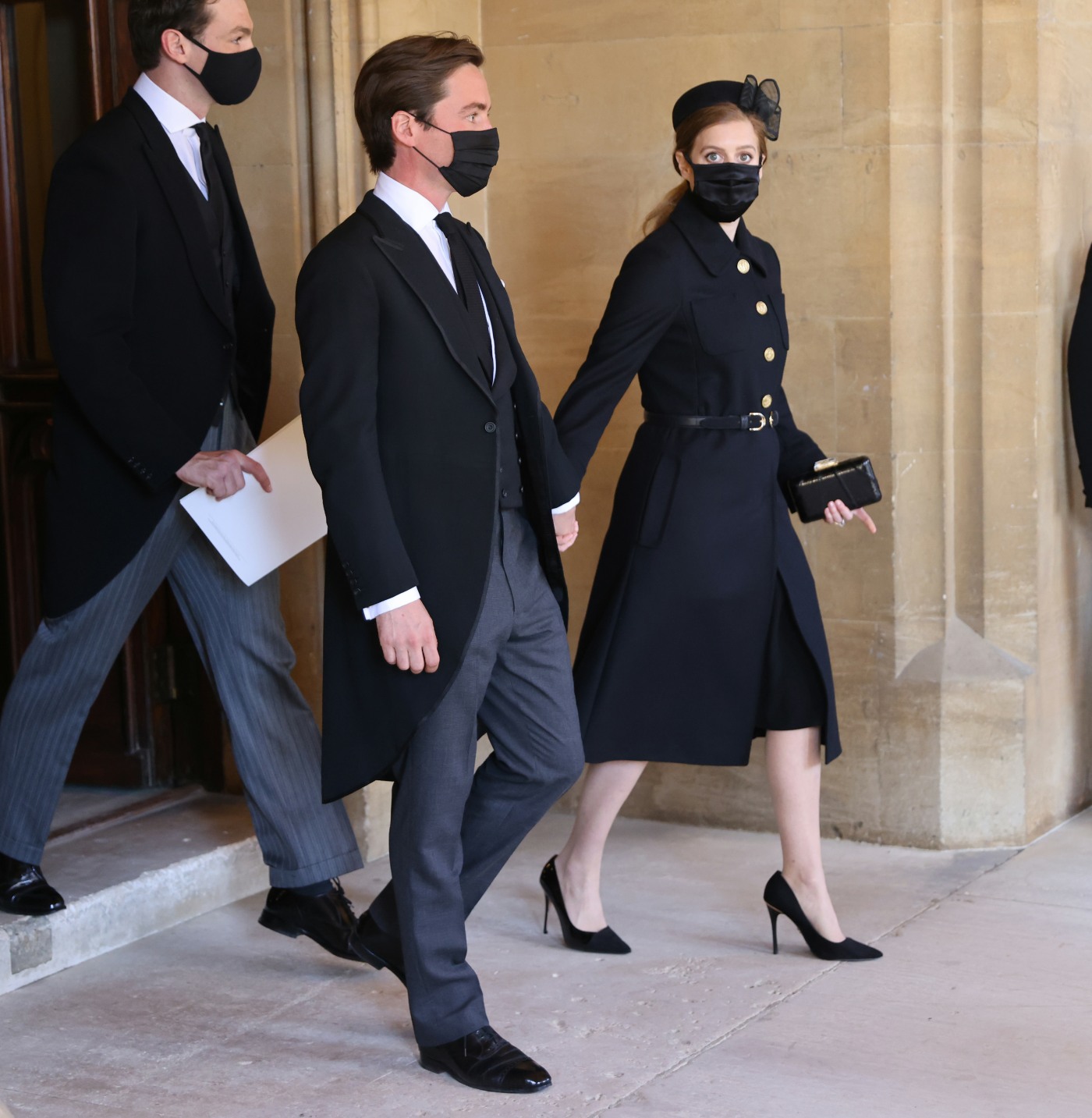