AnnaLynne McCord is ‘uninterested in shame’ for her dissociative identity disorder 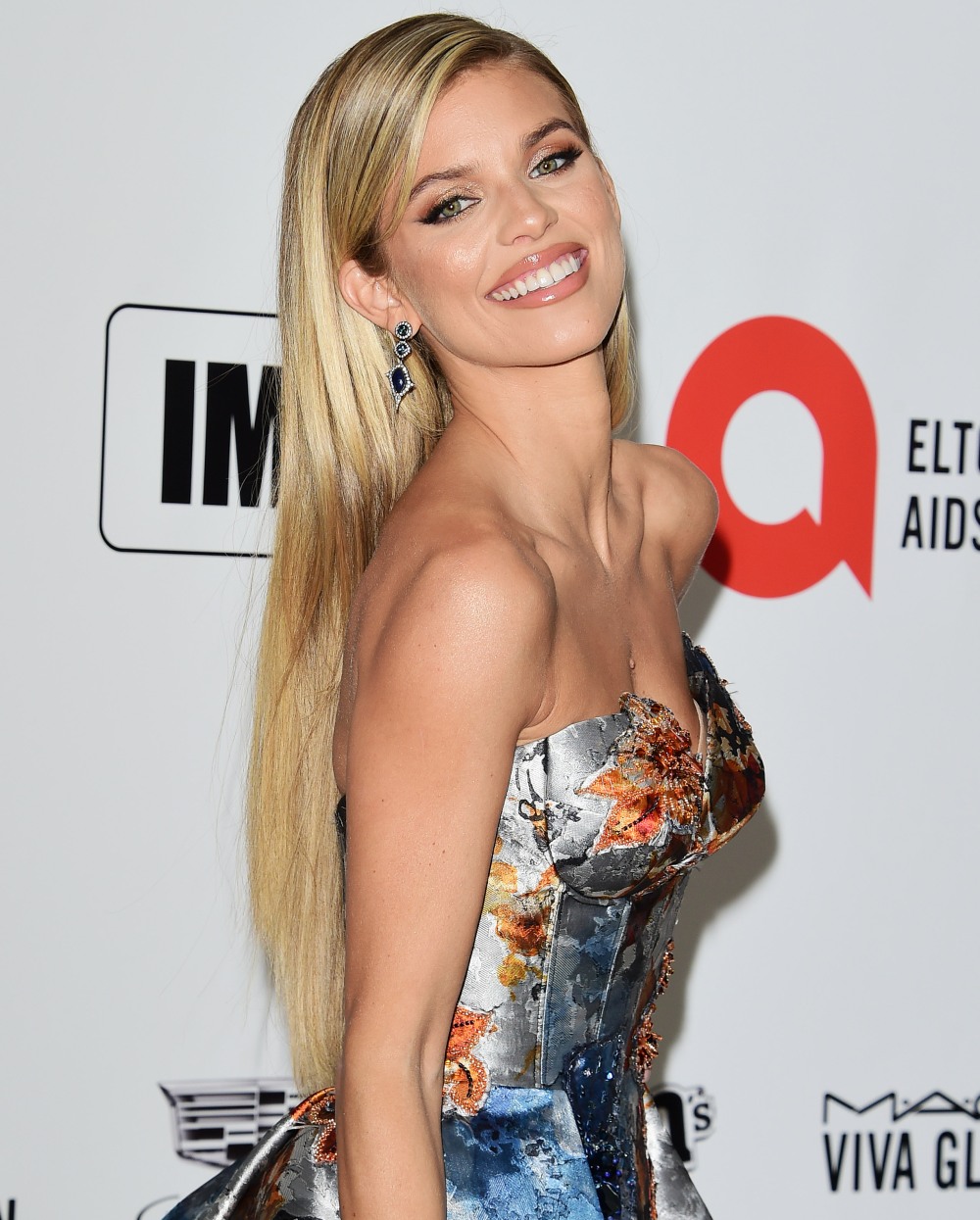 I’ve been fascinated by DID, dissociative identity disorder – previously known as multiple-personality disorder – for many years. Generally speaking, DID occurs in people who have been deeply traumatized in their childhood and their minds fracture and create new identities to help the victim cope with the trauma. Post-childhood, the disorder can be triggered by new traumas. For the older people, Sybil and When Rabbit Howls were seminal works about the disorder, and there are still a lot of unknowns about how to treat and/or heal the disorder. As it turns out, AnnaLynne McCord has DID. She’s gone public with her diagnosis and she spoke at length with a doctor in a YouTube video:

AnnaLynne McCord is opening up about her dissociative identity disorder diagnosis (DID), which was previously known as multiple personality disorder. The Nip/Tuck actress discussed having DID during a recent conversation with Dr. Daniel Amen. “I am absolutely uninterested in shame,” she said of the stigma surrounding the disorder. “There is nothing about my journey that I invite shame into anymore. And that’s how we get to the point where we can articulate the nature of these pervasive traumas and stuff, as horrible as they are.”

McCord, who confirmed in her interview that she had been previously diagnosed with DID, has spoken in the past about being raped as a teenager and the trauma it caused. “A year ago, I was in treatment for PTSD and memories of child sexual abuse came back for years all the way until I was 11 years,” she told PEOPLE in September 2019.

She discussed her memory loss regarding such traumatic events in the recent interview, explaining, “I don’t have anything until around 5. Then from 5 to 11, I recount incidents throughout. Then when I was 13, I have a singled-out memory that was one thing, but I don’t have the sense of anything else at that time.”

The anti-trafficking activist revealed that her work as an actress helped bring her DID to light. “All of my roles were splits, but I didn’t even realize I was doing it at all until I did a project 90210,” she said of the Beverly Hills, 90210 spinoff, which ran on the CW for five seasons from 2008 to 2013.

It wasn’t until she filmed her 2012 horror movie Excision during a hiatus from the show that something was triggered. “I played a very cerebral, disturbed, strange little girl that was very close to who I feel I am on the inside. It was very exposing, very confronting, probably a bit re-traumatizing without realizing it,” she said of the role. “The crazy thing about it was that I wrapped that film at 2 a.m. on a Tuesday and had to be happy, crazy Beverly Hills blonde bombshell on Wednesday at noon. I couldn’t find her, she was not accessible. I was dark, I was very deep into this character Pauline, and I couldn’t get [out].”

McCord also recalled being “co-conscious” of her true identity and a split personality she called “little Anna” at 13. “She was a balls to the wall, middle fingers to the sky, anarchist from hell who will stab you with the spike ring that she wears, and you’ll like it. Then she’ll make you lick the blood from it,” she said. “She was a nasty little creature, but I have so much gratitude to her because she got me out of the hell that I was in.”

This is a pretty big deal for AnnaLynne to talk about this disorder publicly. Very few people in Hollywood want to actually talk about these kinds of for-real disorders and I hope AnnaLynne helps to lift some of the stigmas around DID. The pop-culture image of someone with DID is of a person talking to themselves in different voices, and/or someone using DID to explain their violent acts. People with DID are almost always deeply traumatized victims though. McCord has spoken publicly about being raped, and she’s also opened up about her childhood traumas (the ones she can remember). 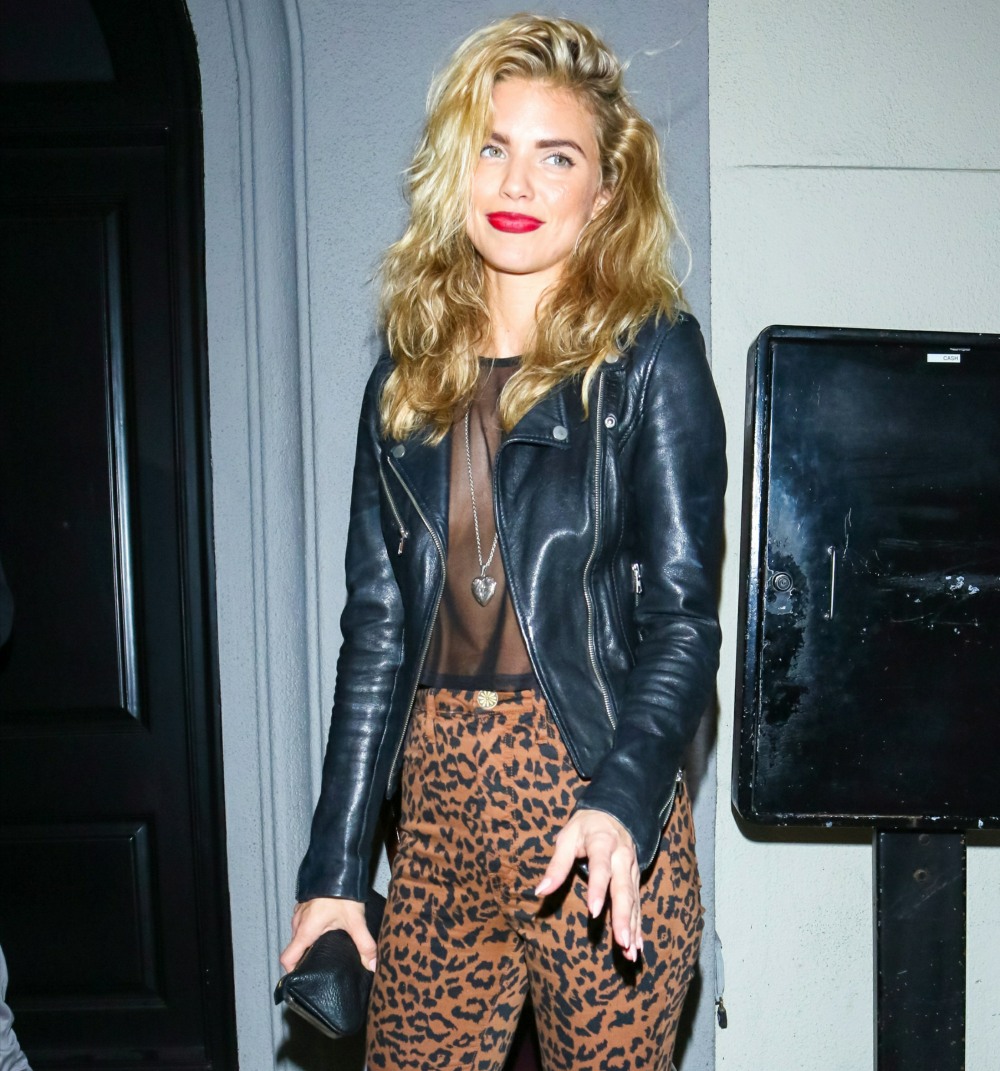