Meghan McCain’s hairstylist: ‘I’m not telling her what to do’


Meghan McCain's Hairstylist Explains The View Host's Unique Looks: 'I'm Not telling Her What to Do'​ https://t.co/xrHf2Ujb5v

Obviously, we quote The View from time to time but for the most part, the fighting of the panel has outweighed most of the content. The biggest story from the show currently is Meghan McCain’s hair.At some point, Meghan decided that her hair needed to be as outrageous as the BS she spouts from her Sit and Speak chair. Many on Twitter wondered whether Meghan’s hair stylist hated her. We might ask that of any of Meghan’s team and it wouldn’t have anything to do with her grooming choices. But this seemed to be a well-executed revenge plot being played out on live television. Carmen Currie, Meghan’s hair wrangler for the show, is finally speaking out. Carmen says she’s not working out any pent-up anger on John McCain’s daughter (not sure if you knew who Meghan’s father was. She hardly brings it up). Carmen said she makes sure Meghan is comfortable with every style before it’s set.

Meghan McCain’s hairstylist is speaking out about The View co-host’s recent string of unconventional looks that have been making waves online.

However, according to makeup artist and hairstylist Carmen Currie, that isn’t the case.

“I’m not slapping something on her and being like, ‘Take THAT!” Currie, who styles McCain’s hair for The View, said during an interview with The Cut.

Currie said that this is her first season working with McCain, which might explain the change in the host’s hairstyles compared to earlier seasons.

“I’m on The View now, but I mostly work with people who are on the news,” she added. “There’s no fun hair and fun makeup; it’s very straightforward, and obviously more conservative. Working with Meghan and The View, I get to be more creative and more artistic with the looks.”

According to Currie, McCain’s hairstyles typically “revolve around what she’s wearing, which I don’t know every day.”

“She might just have a black sweater on, or she might have something a little more fun, and that dictates the direction, which shapes and colors I emphasize,” she said. “I like to stay on-trend, but I like to put my own stamp on things, so it’s never exactly what you see on Instagram or Snapchat or all these other platforms.”

This does put the hair in a different light. First of all, kudos to Carmen for trying to add some personality to Meghan – champion effort. And a lot of the styles have been well crafted, so she’s obviously talented. I’ll bet Carmen was excited to get to go all out on Meghan’s ‘do each day. First, she found out she had to work on Meghan, and she thought, ‘What? Her?!’ And then Meghan said, ‘yeah, but you can do anything you want. Like, birds and honey buns-level anything,’ and Carmen was all ‘Score!’ Aw man, now I’ve got to give McMegs some props. This is the most I’ve ever appreciated about her. A lot of conservative blondes find a hairstyle and stick with it until they’re 10 years in the grave. The fact that she was willing to take some risks – and let’s be honest, calling them risks is being kind – is a nice shade on her.

Meghan acknowledged that she’s “just having fun.” She said COVID and just having a baby has released her inner experimental diva. She’s also seen our comments about her follicle midlife crisis and responded with, “let a bitch live!” Done! Even though I’m not a huge fan of many of the lewks Meghan’s sported, I do appreciate having fun with one’s hair. One of the reason’s I grow my hair out is so I can switch up the ‘do depending on my mood. Clearly, I’m going to have to think outside the box if I want to keep up with Meghan, though. Although, it’s probably easier for her to achieve her styles. I imagine the stick shoved so far up her butt helps keep her head still for Carmen to do the work. 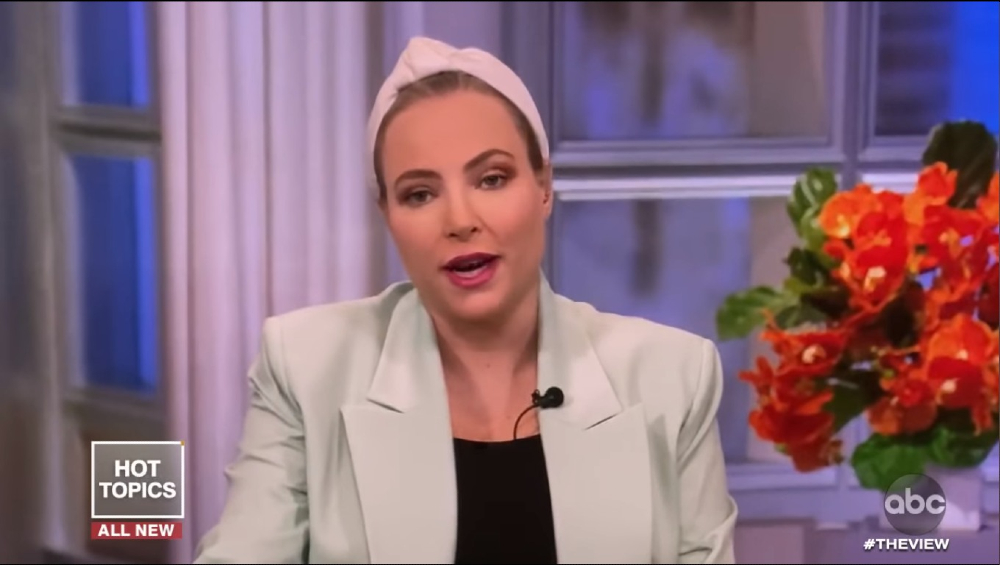 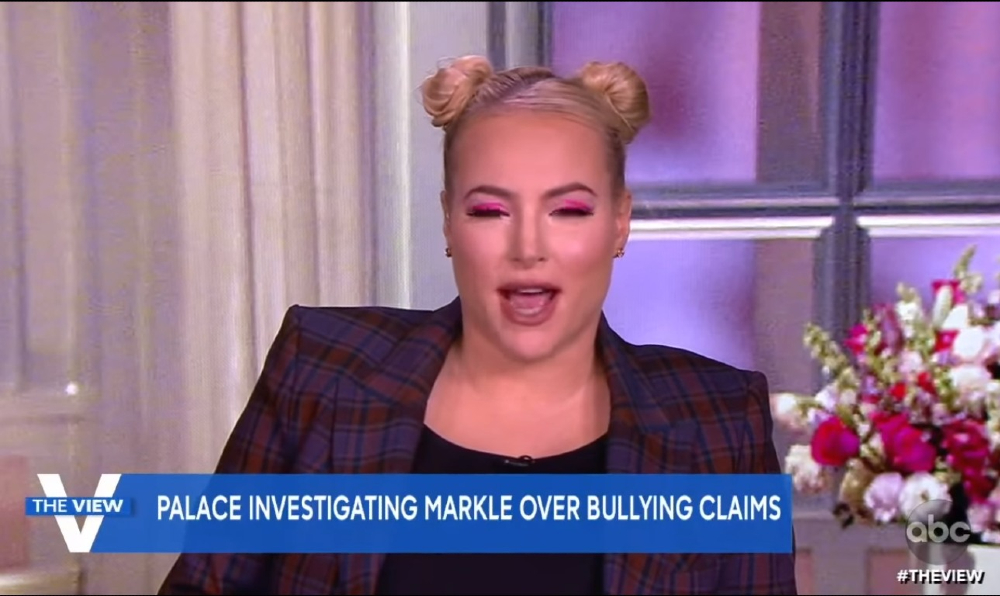 36 Responses to “Meghan McCain’s hairstylist: ‘I’m not telling her what to do’”