Hailey Bieber: Kamala Harris’s ‘beauty shines through in so many different ways’ 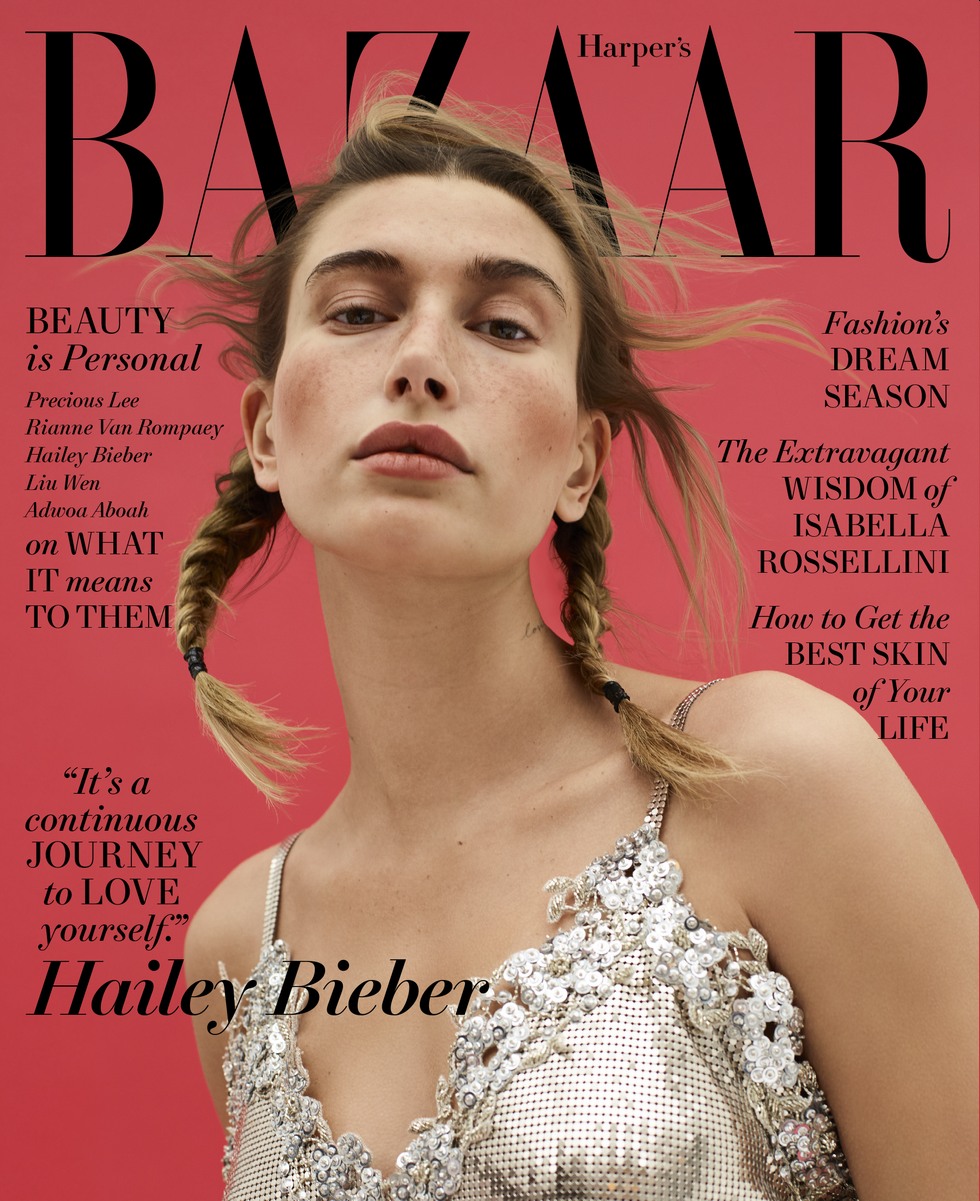 People always yell at me when I say this, but I genuinely find Hailey Bieber beautiful. I used to think she was an interchangeable blonde nepotism model, and while that vibe is still around, she’s a better editorial model than she gets credit for, and she also photographs well in street-style paparazzi pics. All that being said, this is a horrible image of Hailey on the May cover of Harper’s Bazaar. Tragique! Did she piss off the editors or something? Why are we staring down the double-barrel of her nostrils? The rest of the editorial is much better, and you can see it here. The interview is kind of meh:

On dancers & dancing: “Having done ballet for 12 years, I have that muscle memory. It plays a big part in my body type and in my athleticism. It’s kept my body healthy, and mentally it taught me how to be committed to something. I started modeling and traveling around the world when I was 17. It’s a business. You have to be disciplined, on time, and want to do it. Everything I learned from being a dancer still contributes to who I am today. I’m so grateful I did it, and I miss it. I have such a deep love for dancers.

She loves actresses: “I’m also really inspired by actresses. I watched that movie I Care a Lot, with Rosamund Pike. Her face is stunning, but it’s her craft and skill that are beautiful to me. And her attitude in that movie? Watching it, I was like, “Ah! She is so cool.” I was also captured by Carey Mulligan in Promising Young Woman. I find beauty in women playing strong characters. I have such admiration for the film­­ industry itself, but I’m really hard on myself in a lot of ways. Had I trained professionally, I would have more confidence.

She admires Kamala Harris: “When I see a woman finding her purpose and doing what she is meant to do in this life, I find it so inspiring. That’s why I love Kamala Harris. Her beauty shines through in so many different ways. She’s so strong and confident.

On social media: “When it comes to social media, I’ve definitely gone through so much comparison. Comparing myself to other people, getting compared to other people, feeling like I need to have this type of body in order to feel good about myself. It can be such a dark hole that you go down, and it happens so quickly and easily. With social media, you click on one thing, and you see another, and then you’re in this weird rabbit hole, and you’re putting yourself down. The reality is that people show their best and hide the rest a lot of the time on social media. You’re only seeing a very small portion of what that person is allowing the world to see.

On insecurities & beauty: “I’m only 24, and I’m still figuring out who I am as a woman. Who I am in my career. Who I am as a wife. There’s so much going on, I had to give myself a break from looking at myself and other people, though. I had to start doing this thing where I don’t go on Instagram Monday through Friday. If something needs to be posted, I have somebody who I work with who runs it for me. I had to remove myself. Everyone has insecurities. Just because people tell [me I’m] beautiful? That’s not how I see it, and that’s not how I feel all the time. It’s a continuous journey to love yourself. It doesn’t ever stop. I hope I’m on it even when I’m old and saggy. I hope I love myself then.

“Just because people tell [me I’m] beautiful? That’s not how I see it, and that’s not how I feel all the time.” I mean, I could nitpick this, but I get what she’s saying. So many of these younger women with huge social media profiles get so much constant feedback on either extreme. For Hailey, she could post a selfie with no caption and there would be thousands of comments calling her a hideous bridge troll and thousands of comments calling her the most beautiful woman ever, of all time. It’s difficult to moderate your self-image when you’re being barraged by those extremes. Also: I think she’s basically looking to transition into acting roles, don’t you think? It’s weird because her modeling career has never been as hot as it is right now – marrying Justin Bieber was the best thing ever for her modeling work. She has her pick of sponsorships and print work and probably even runway work too, when fashion weeks come back. But I think she’s aiming to start an acting career.

“It’s a continuous journey to love yourself. It doesn’t ever stop. I hope I’m on it even when I’m old and saggy. I hope I love myself then,” Hailey Bieber tells @JessicaMatlin. Read the full story here: https://t.co/WP9QC9vALU pic.twitter.com/zHsKd2QSLB 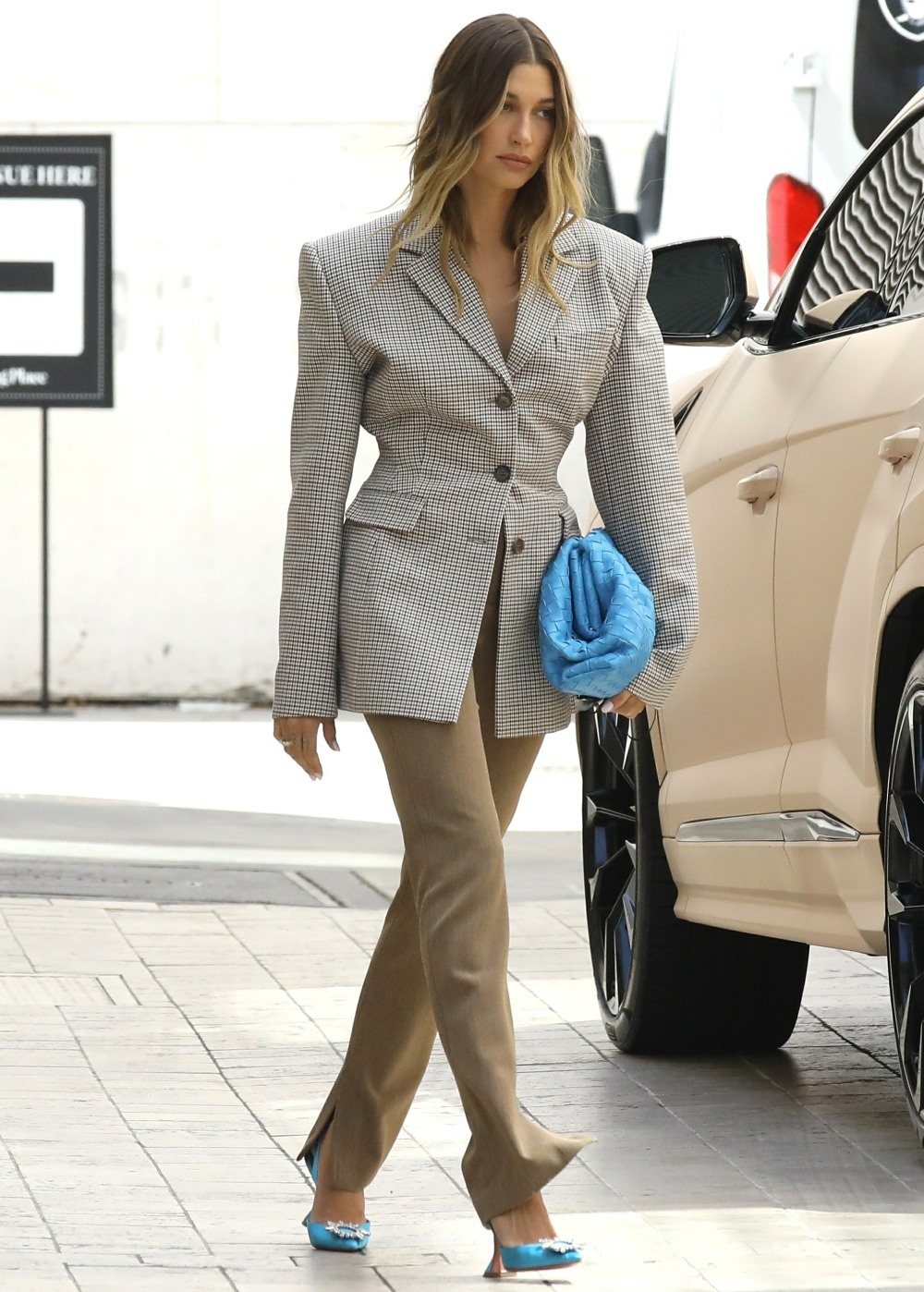 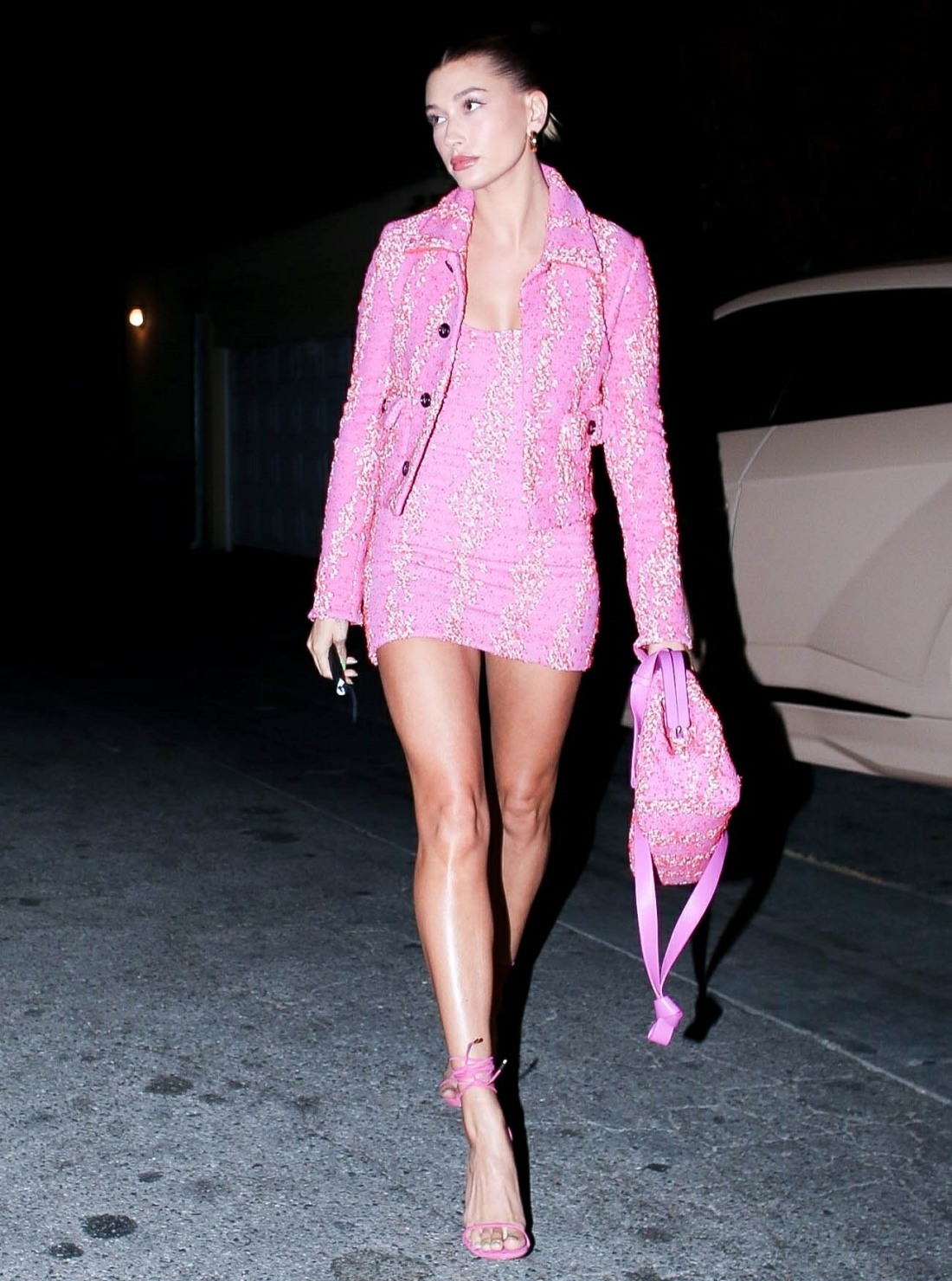 12 Responses to “Hailey Bieber: Kamala Harris’s ‘beauty shines through in so many different ways’”