Bad Bunny on being a Pisces: We’re ‘emotional, sentimental & difficult to understand’ 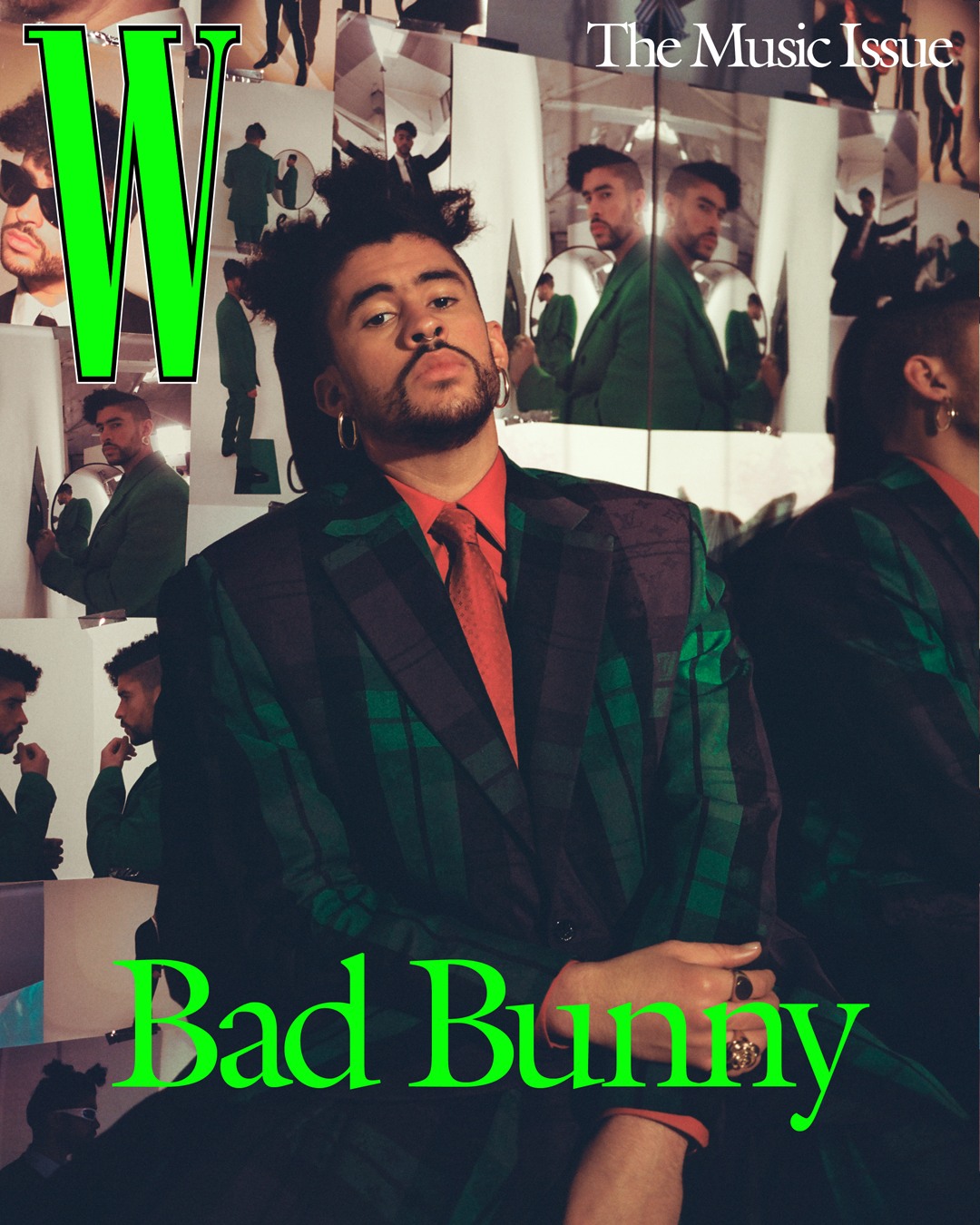 I didn’t know much about Bad Bunny – real name Benito Antonio Martínez Ocasio – before I sat down and read his W Magazine cover story. He’s really cool! He’s born-and-bred Puerto Rican from a music-loving family and a musical community in San Juan. He layers reggae, reggaeton and traditional Latin American music with hip-hop and trap. He just turned 27 years old before the Grammys, and he put out THREE albums in one pandemic year. Did you know that? I didn’t know that. He also gets involved with social issues (he’s active in trans rights), political issues (he protested the corrupt Puerto Rican governor Ricardo Rosselló) and he loves… wrestling. He’s part of WWE now. You can read the full profile here. Some highlights:

Winning a Gringo Grammy for his album YHLQMDLG: Winning a “gringo Grammy,” as he has called it, would carry particular significance. When, as expected, Bad Bunny did win for YHLQMDLG the following night, he delivered part of his acceptance speech in Spanish. “It’s very special to be able to achieve my dreams simply by doing what I love,” he said. “That they give me an award for doing what I love—it’s like, okay, give it to me.” Weeks later, he was still basking in the glow of his Grammy win. “It was one of the more beautiful moments in my career, the recognition of an album that, for me, is very special, and which I consider one of the best albums in the latest era of reggaeton and the Latin genre.” When I asked if singing and speaking in Spanish was a political choice, however, he said no. “I’m simply being myself. I think we’ve already proven that music is a universal language. You have people from all parts of the world singing songs in Spanish. We don’t have to sing in English anymore to cross over.”

The music in his head: “My father would usually listen to tropical music, a lot of salsa. My mom liked merengue and balada a lot. At my grandfather’s house, I would listen to old man’s music, like bolero, bohemia. With my friends, I would listen to a lot of reggaeton. Some would listen to rock. I have musician family members, musician friends. And so I grew up around a lot of musical preferences. Obviously, I always identified more with reggaeton, because it was popular music in my country and from my childhood and my generation. That has always been the foundation. But it’s not like I am just there. I have a lot of rhythms in my head.”

Sampling the voice of legendary Puerto Rican astrologer Walter Mercado. “I liked Walter’s intention to always give hope and messages of optimism. He was born on March 9, and I was born on March 10. We’re Pisces: emotional, sentimental, and sometimes difficult to understand.”

Joining the WWE during the pandemic: The rigorous training schedule also turned out to be an excellent way of coping with pandemic anxieties. “It has been a good way to relieve stress. Focusing on something else, working more with my body, the mind, and doing something different. It couldn’t have been a better time.”

He worked on Bullet Train with Brad Pitt: “It’s about a boy who lost his family at a very young age. He dedicated his life to the streets, to be a murderer. So, an aggressive guy who has suffered a lot.” Working with Pitt was “very, very cool. I was back there on the set, and I’d say, This can’t be true.”

Writing songs: “I have, like, a mechanical process that I call mecánico, and it’s the one that I like the least. And then there is the real process, the one with the muse, with the creativity, that comes on suddenly, when you weren’t expecting it. Your subconscious is talking to you about what you are feeling without you knowing, and it comes out, a lot of times, when I’m alone at night.” He continued: “I write sad songs at night. Happy songs I write during the day, after working out, after a fun day. And so I can adapt a lot when it’s time to write, but that’s the process I like the most—the one where, when I feel it, it comes out naturally in the moment, without even knowing where the lyrics are coming from. But they come.”

I didn’t know he was getting into acting too! In addition to the supporting role in Bullet Train (which sounds more like a flat action film), he’s also got a guest starring role in Narcos, and he’s got a part in American Sole with Kevin Hart and Pete Davidson. Everything he touches turns to gold, whether it’s music, film, wrestling or fashion. I kind of love him now? Give this man all of the Gringo Grammys! Also: CB is a Pisces so I can’t talk sh-t about Pisces, not that I want to! Virgos and Pisces are fine as friends.

7 Responses to “Bad Bunny on being a Pisces: We’re ‘emotional, sentimental & difficult to understand’”