Prince Charles, who complained about his childhood, has no comment about Harry 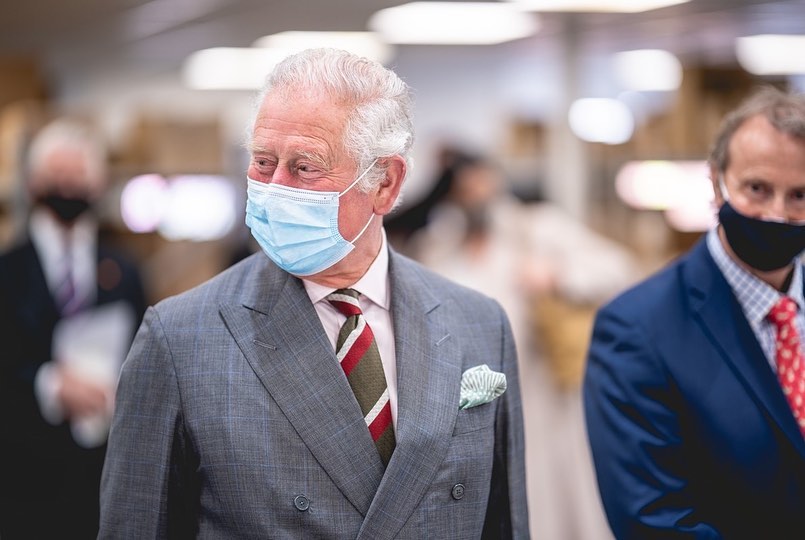 Here are some photos – via Clarence House’s IG – of Prince Charles doing some events in Wales on Friday. He visited a supplier of PPE, he went to a food bank and community center called The Engine House and met with some little ballerinas and more. According to the Daily Mail, “The Prince of Wales carried on walking and did not respond when a BBC reporter asked him about the Duke of Sussex’s incendiary remarks on an American podcast.” Oh lord they are really doing the most to hype Prince Harry’s interview on the Armchair Expert. The British press downright *insists* that Harry was whining (he was not) and insulting his father (not really) and that Harry failed to acknowledge his privilege (he acknowledged it multiple times). The press desperately wants Prince Charles to say something on the record about how Harry is some huge disappointment or something. I’m not really sure Chaz feels that way? Especially given that Harry is following in Charles’ footsteps by noting that the Windsor family dynamics suck.

Prince Harry has been blasted for speaking out against his father Prince Charles’ parenting skills — but Charles also made it clear that growing up in the palace was no picnic. Harry stunned royal watchers Thursday when he said he was caught in a “cycle” of “pain and suffering” growing up as a member of the British royal family.

As one palace source told Page Six following Harry’s lengthy interview with Dax Shepard on his podcast “Armchair Expert,” “It’s so tiring —stop whining about how awful your privileged upbringing was … and stop using your title if you are so miserable about being royal.”

Another insider joked: “We really should start calling him Henry Wales.”

However, when Charles, the heir to the throne, hit rock bottom following his separation from Princess Diana in 1992, he spoke out to Jonathan Dimbleby for an authorized biography. The book painted a picture of a lonely little boy who barely saw his parents and was miserable after being forced to attend the same strict Scottish boarding school as his father, Prince Phillip.

Yeah… all of this complaining about what Harry said (or did not say) and people are just going to act like Charles hasn’t complained many times about his awful childhood with a largely absent mother, his grandmother acting as his surrogate mother, his cold and distant father and that awful boarding school? Chaz had a rotten childhood. So did Harry, just in a different way. And both men have every right to talk about it. Other royal commentators disagree. Robert Jobson threw a f–king tantrum about Harry’s interview:

Royal scribe Robert Jobson — whose latest book, “Prince Philip’s Century,” chronicles the life of the Duke of Edinburgh — was shocked that the royal renegade continued to take shots at the family so soon after the funeral.

“To start saying things within weeks of his grandfather’s funeral seems ungracious,” he told Page Six on Friday, adding, “I’m sure if he used his brain now and then … [he’d realize] it’s not helpful talking about his personal problems. He’s talking about his father, who’s just lost his own dad, going through his own traumas and mental health issues. Surely he should support Charles now more than ever and I don’t know why he’s done it.”

“He is very self-indulged,” he continued. “He doesn’t seem to care about anybody’s feelings but himself. His father has just lost his own father, his grandmother has just lost her husband, her confidant of over 70 years, so for me, it’s quite selfish.”

However, Jobson stressed that he feels sympathy for Harry and understands that mental health is a serious issue, but still thinks that Harry should be talking family grievances over with a therapist instead of airing them in public.

“Just because he’s selling a series on mental health with Oprah [Winfrey] doesn’t mean you have to trash your family,” he said. “I don’t really see what is gained.”

All of these commentators are really hoping that people don’t listen to the interview. They’re hoping that people just take their word for it, that Harry is self-indulgent and ungraciously bashing his father just seconds after Philip’s death. This right here: “…It’s not helpful talking about his personal problems…” Happy Mental Health Awareness Week. Harry and William are both trying to carve out space as mental health activists, and advocates who use their platforms to encourage people to seek help and support. But not the way Harry does it, obviously! Harry apparently has no right to speak about his own mental health, his own struggles, and the lessons he had to learn the hard way. Never! He is obviously terribly self-indulgent and he should just shut up and never speak about that, how dare he try to lead by example. As for the idea that Harry is attacking Charles… again, he really wasn’t? What is with these people? 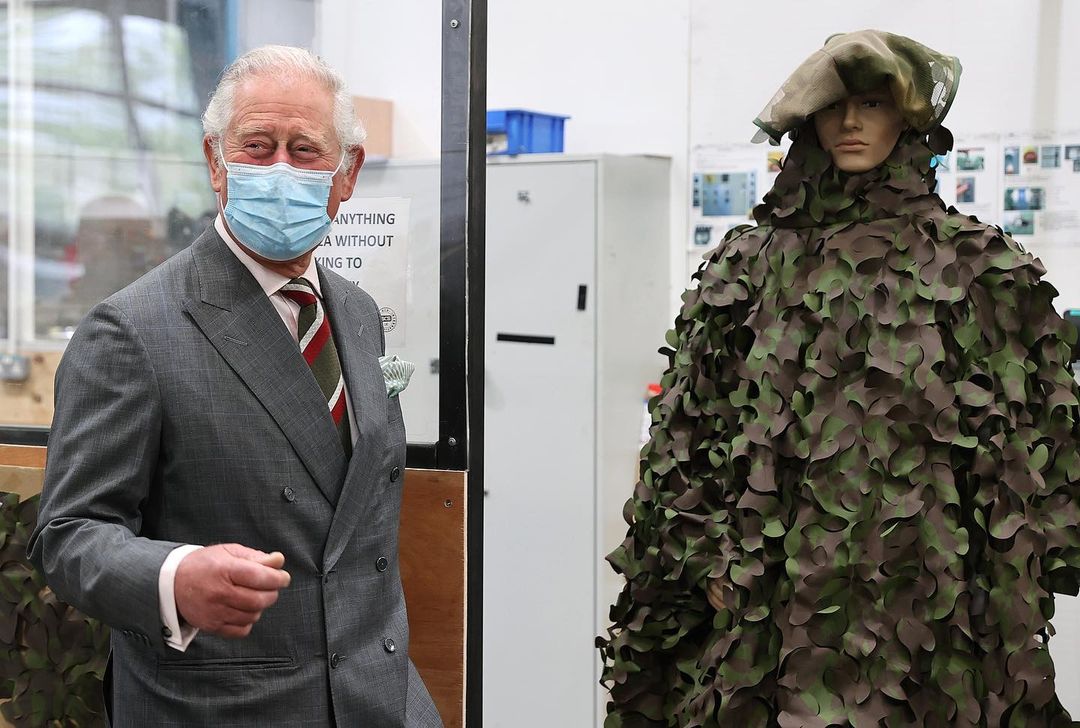 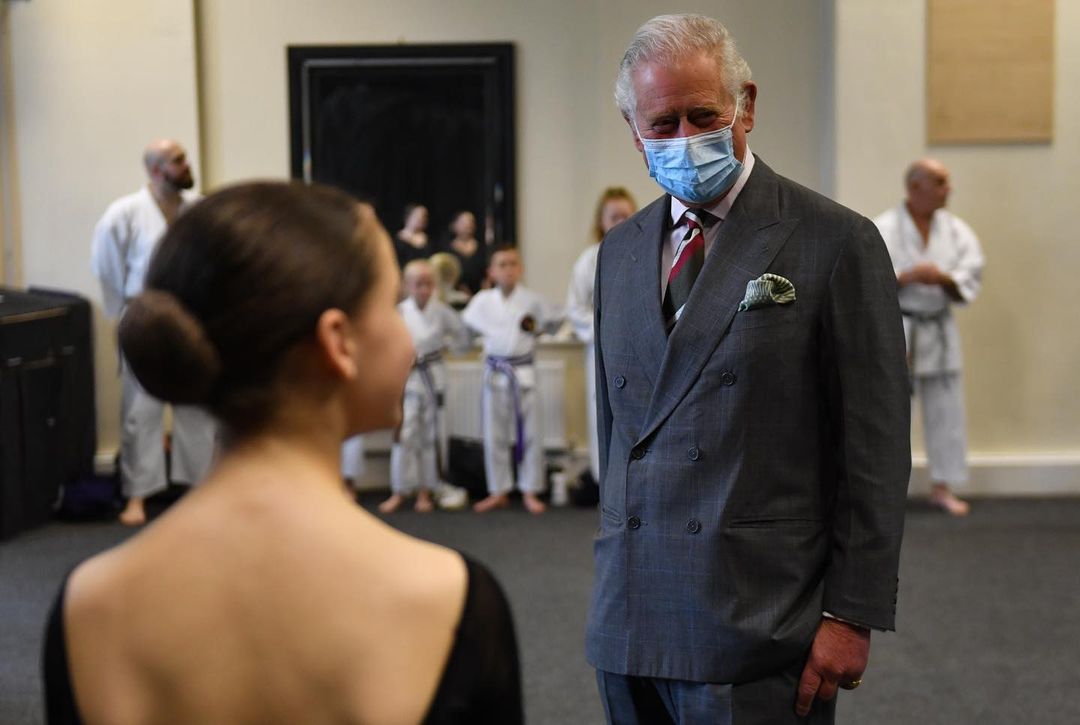 26 Responses to “Prince Charles, who complained about his childhood, has no comment about Harry”