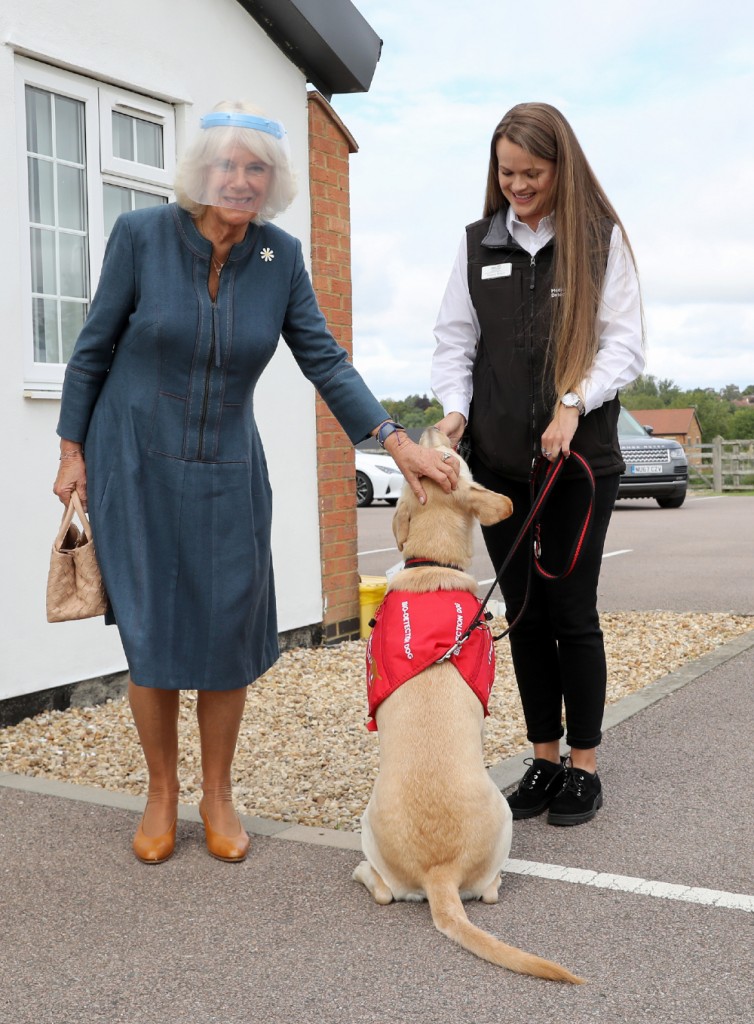 Scientists in London have had some success with getting dogs to sniff out COVID on clothing. This could assist in a detection program that might be used in public places once communities reopen to full capacity. The dogs would be able to smell COVID on fabric, leading to quicker detection in high volume areas. So far, the dogs tested have shown an 82%-94% sensitivity rate. But the method is not perfect, and it has its challenges, like possibly infecting the dogs with the virus.

In a collaboration between the London School of Hygiene & Tropical Medicine, Durham University and the group Medical Detection Dogs, scientists completed Phase 1 of a trial examining whether, under controlled conditions, dogs might be able to smell and identify Covid-19 infection.

Six dogs participated in the study, ranging in ages from four to six years old. The group included Labrador, Golden Retriever and Cocker Spaniel breeds. Researchers said the dogs were able to pick up the scent of Covid-19 after six to eight weeks of training.

In the Phase 1 trial, working dogs were tasked with detecting Covid-19 on samples of clothing and masks. Researchers examined whether the dogs could distinguish between samples positive and negative for Covid-19.

The dogs showed a sensitivity rate of around 82%-94% in detecting Covid-19. Chemical analysis of the infection showed a “distinct” odor associated with Covid-19. Researchers are in the process of identifying the exact chemicals behind this odor.

“Dogs could detect Covid with incredible speed and accuracy,” Logan said — “even if a person was asymptomatic.”

The specificity rate, which measured the ability of the dogs to indicate whether someone did not have Covid-19, ranged from around 76% to 92%.

Study authors say a PCR test is still the “gold standard” for detecting Covid-19, but suggest dogs could provide a quicker and easier way to screen for Covid-19 in high-volume traffic areas. The dogs could also dissuade people from going to high-contact spaces while infected.

“The other thing about dogs is that they would serve as a visual deterrent, so if people knew that dogs were going to be screening at the airport, it’s very likely that people would think twice about traveling if they were infected,” Logan said.

While early results appear promising, it is likely too early to know whether Covid-sniffing dogs could actually be used as a tool to fight the pandemic in the real world.

“This could be compromised by the density of individuals in crowded spaces and whether well-ventilated external spaces, where odours are rapidly dispersed, compromise the ability of the dogs to detect individuals with low levels of infection,” Lawrence Young, a virologist at Warwick Medical School who did not contribute to the study, said in a statement.

Covid-19 can infect dogs, which could make these kinds of programs risky for the working dogs themselves, Mick Bailey, a professor of comparative immunology at the University of Bristol’s Veterinary School, who was unaffiliated with the research, said in a statement.

“Infection of dogs with SARS-CoV-2 has been reported, both asymptomatic and associated with variable levels of disease as in humans, so using dogs deliberately to sniff breath and clothes from potentially infected people seems a bit of a risk to the dogs, let alone their handlers,” he said.

This study is only in Phase One, which is a group of dogs in a controlled environment sniffing infected material. Phase Two will involve them sniffing people to detect the virus and I assume Phase Three will be widening the environment to include other people and smells that might be found in airports and shops. I agree that a huge service the dogs will serve is as a visual deterrent. If people know they are going to be sniffed out, they may choose to just stay home, in which case this program has paid for itself. And businesses aren’t going to swab everyone who walks in the door so a dog checking the traffic would be able to cover a lot more ground. This isn’t the first time animals have been used for this type of detection. Dogs have successfully been able to detect some forms of cancer. Rats have been effective at detecting tuberculosis. Cats can detect a chemical change in the human body as well.

However, this is the first I’m hearing of the animal being at risk of contracting the disease they are detecting. We heard that dogs could get COVID, but I don’t know if it’s killing them. The CNN article said they’ll need to vaccinate the dogs against the virus, which doesn’t exist yet. They were actually more ambiguous in the article, like they should probably do something like vaccinate, but I’m not. Those pups need protection if we are sending them out to smell out something they can contract. Not only for the dogs, but in case they can spread it. 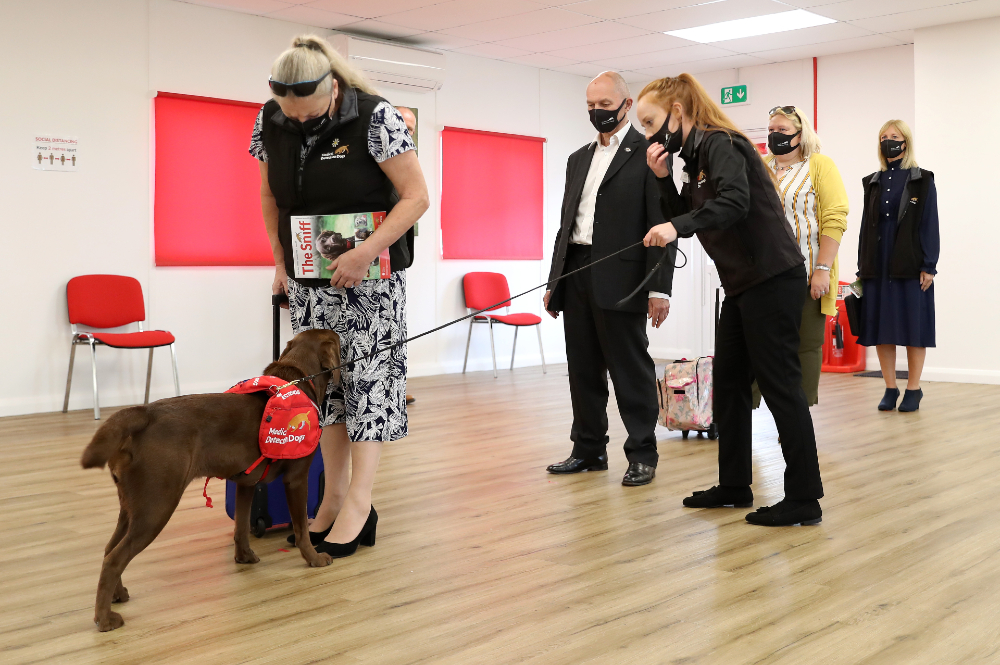 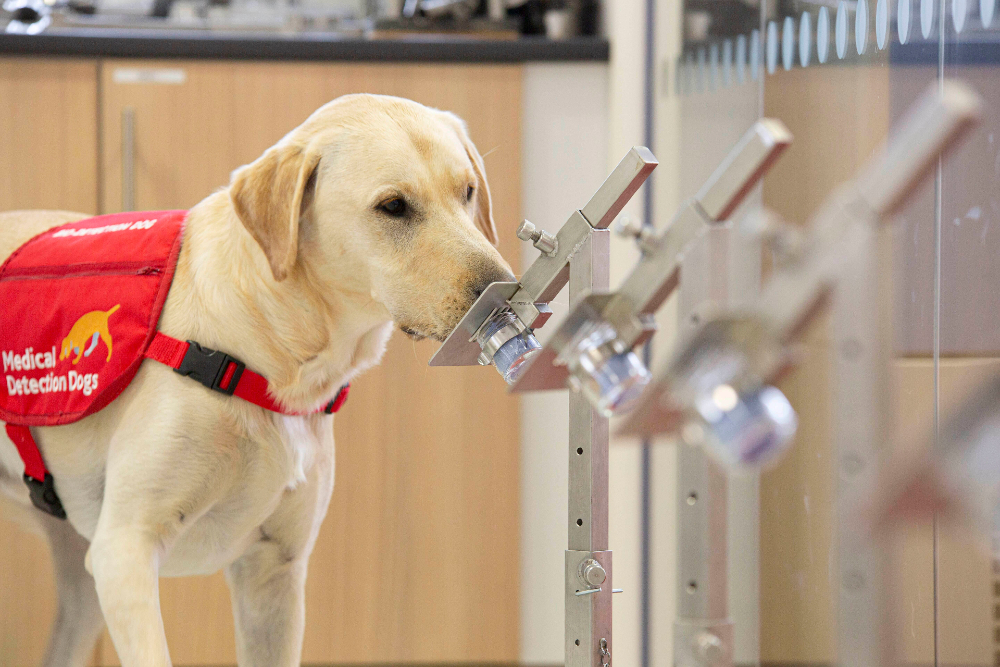 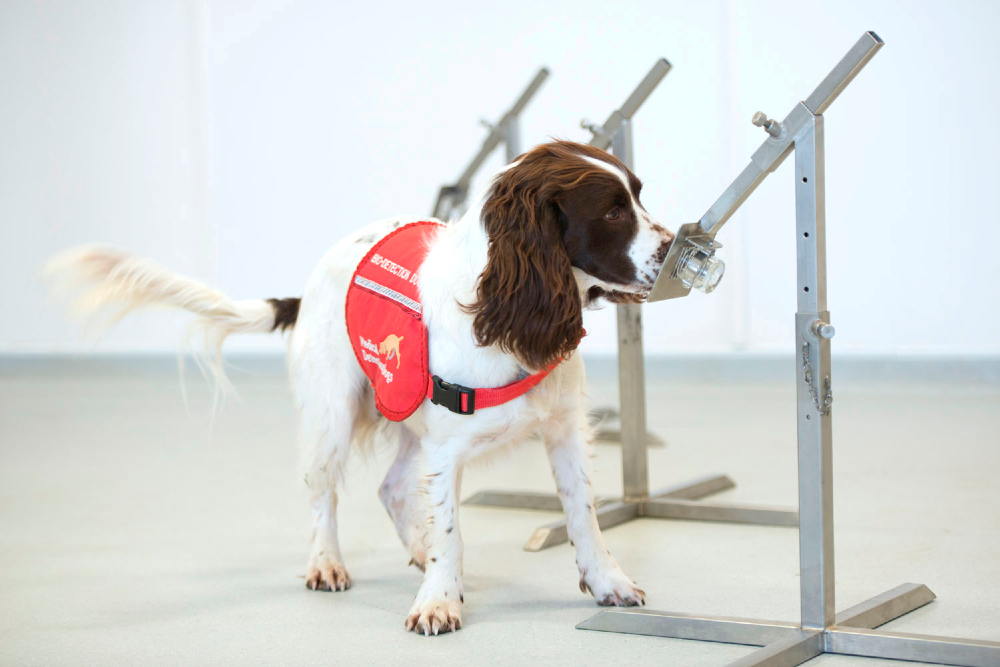