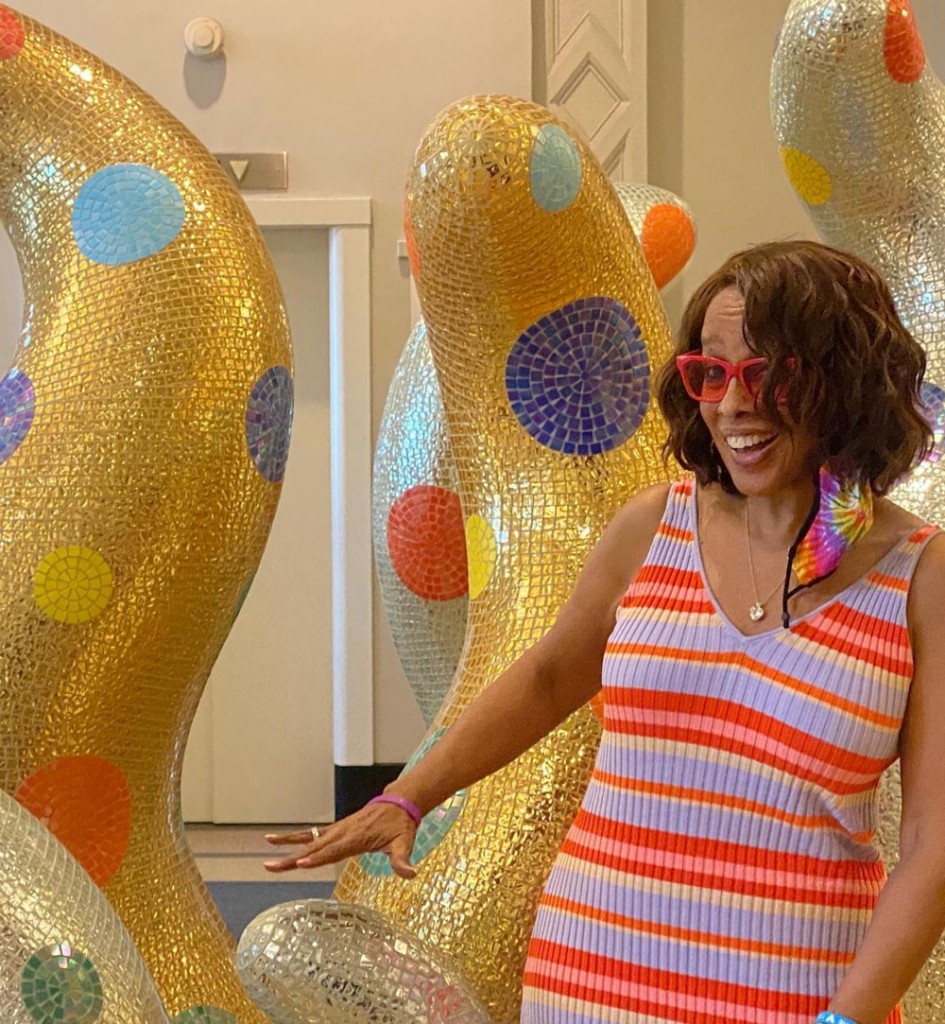 Gayle King has taken the super serum and is ready to lead the Avengers. Or at least go out for dinner. While appearing on The Late Show with Stephen Colbert, Gayle said since she’s received her shots, she’s excited about being able to go back out into the world. But she’s not planning on kissing booths and mosh pits right away, Gayle said she’s taking reentry in baby steps, like a fully vaccinated, masked section at a Brooklyn Nets game. She said her biggest motivation for getting back out there is she’s “tired of being scared.”

Gayle King is grateful for her COVID-19 vaccination.

The CBS This Morning co-host appeared virtually on The Late Show with Stephen Colbert Tuesday when the TV personalities reflected on her last appearance a year ago at the height of the pandemic. King, 66, spoke about the sense of freedom she feels now that she received her COVID-19 vaccine.

Like Gayle, I’m tired of being scared too and I don’t live half the life Gayle does. I got so tired of our one option for leaving the house being going for a drive. And I live along the Pacific Coast Highway, one of the most scenic drives in the world. Gayle said she almost cried at the Nets game, just being back out among people. Plus, she has her first grandchild on her way. Her daughter Kirby is expecting her a baby in the fall. I’ll bet the threat of not being able to meet her grandbaby was weighing on Gayle. She has so much to look forward to, we all do, and to be able to think about doing it safely is freeing. Yes, we should all take it slowly and with our own comfort level. But pandemic fatigue has weighed on us in so many ways. To finally have some of that lifted feels so nice.

I become activated tomorrow (both shots, 14 days out). Technically my state is not reopened yet so I have a few more weeks before I can walk forth in my full vaccinated glory. I have no idea what I plan to do, though. We were just discussing Father’s Day plans and when I brought up that technically that would be the first holiday after California reopened, we immediately decided to stay home to avoid traffic. So it will be business as usual at Hecate Temple. But there is a huge difference between staying inside because you’re terrified of going outside and staying in the backyard because the 405 is a nightmare.