Gwen Stefani on cultural appropriation: ‘All these rules are just dividing us more & more’ 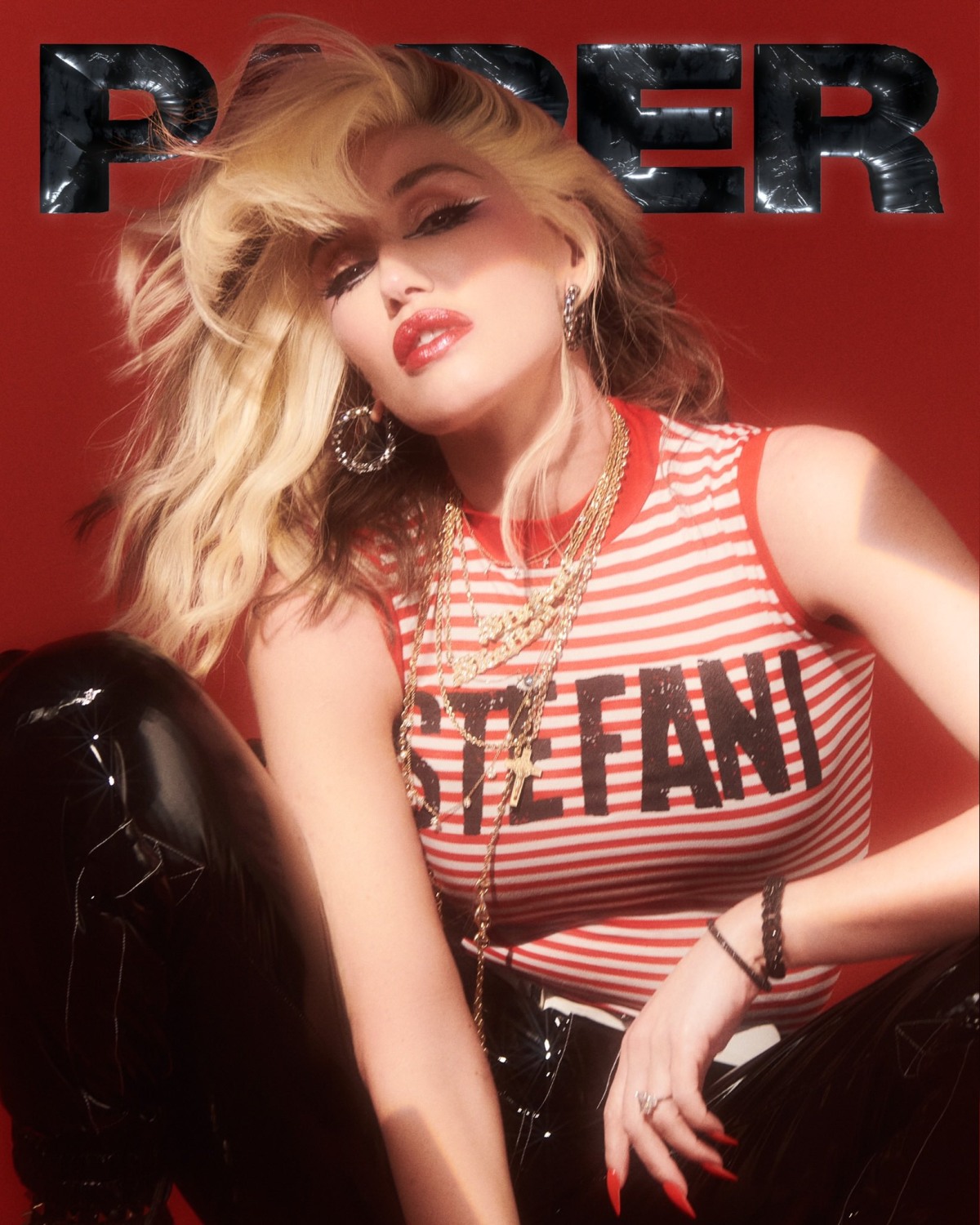 Gwen Stefani covers the latest issue of Paper Magazine. She’s promoting her new music – she’s already released a few singles, and as Paper interviewed her, she was finishing up the full album. On the cover, she’s giving me Madonna vibes for all the wrong reasons – at some point, Madonna just began looking like a cartoon version of herself, and Gwen is sort of getting there. She doesn’t really talk about that though, she talks about her music vibes, Blake Shelton and her past cultural appropriation. You can read the full piece here. Some highlights:

The benefit of a decades-long career: “It’s really a blessing to be able to have such a long career, where there really is nothing to prove anymore. It’s a different energy. You know, it’s really just about doing it to do it, as opposed to trying to make a statement or make a mark. You make a new record because that’s what is exciting for you. But people really just want to hear the records after a while that were the backdrop to their lives, a ‘Don’t Speak’ or a ‘Just a Girl’ or a ‘Hollaback Girl,’ or whatever it was for them. So, you know, it’s hard — you can only be new when you’re new, and that’s just the truth, and I know that.”

Finishing the new album: “I’m at the end. The idea of going for a session and not being with my kids or the idea of taking time away from Blake doesn’t fuel my fire like it did two months ago. I need to decide, wrap it up, put out the project.”

When she’s asked if she’s a Republican now: “I can see how people would be curious, but I think it’s pretty obvious who I am. I’ve been around forever. I started my band because we were really influenced by ska, which was a movement that happened in the late ’70s, and it was really all about people coming together. The first song I ever wrote was a song called ‘Different People,’ which was on the Obama playlist, you know, a song about everyone being different and being the same and loving each other. The very first song I wrote.”

On her general lack of feminist cred: “I don’t even know if I knew what feminist at that time was. I was very sheltered growing up with my family. I wasn’t political. I wasn’t angry.” Even now: “I don’t need to go on Instagram and say ‘girl power.’ I just need to live and be a good person and leave a trail of greatness behind me. Stop talking about it and stop trying to bully everybody about it. Just do it. And that’s how I feel like I’ve lived my life.”

Traveling to Japan for the first time in 1996: “It was a pretty big deal for me. I just was inspired. It’s a world away. And at that time it was even further, because you couldn’t see it on the internet. I don’t think a younger generation can even imagine what it’s like to not have access to the world.” From then on, Japan became one of Stefani’s biggest career motivations, especially when it came to her solo albums. In the meantime, she decided she’d bring Japan to Los Angeles. “I never got to have dancers with No Doubt. I never got to change costumes. I never got to do all of those fun girl things that I always love to do. So I had this idea that I would have a posse of girls — because I never got to hang with girls — and they would be Japanese, Harajuku girls, because those are the girls that I love. Those are my homies. That’s where I would be if I had my dream come true, I could go live there and I could go hang out in Harajuku.”

She disagrees with the argument that the Harajuku Girls were a “minstrel show”: “If we didn’t buy and sell and trade our cultures in, we wouldn’t have so much beauty, you know? We learn from each other, we share from each other, we grow from each other. And all these rules are just dividing us more and more.” Hello Kitty merch was harder to come by when she was a kid, but in other ways, life felt easier. “I think that we grew up in a time where we didn’t have so many rules. We didn’t have to follow a narrative that was being edited for us through social media, we just had so much more freedom.”

The issues of Gwen’s cultural appropriation and the problematic Harajuku Girls have been litigated and re-litigated for years. I think she’s made some really dumb unforced errors about some things – using Native American headdresses as “costumes” and that whole stupid, racist video – but some of the time, I do think it’s not really a black-and-white issue. Like, as a half-Indian woman, I was never really offended when she did Indian-styling or wore bindis. Indian styling is cool and those clothes are for everyone. But her insistence that the Harajuku Girls were not in any way problematic? Yikes. They absolutely were. She paid Japanese women to stand around wordlessly like her props for years. It was awful. And while she’s not a Republican, she definitely talks like a Republican on some issues! 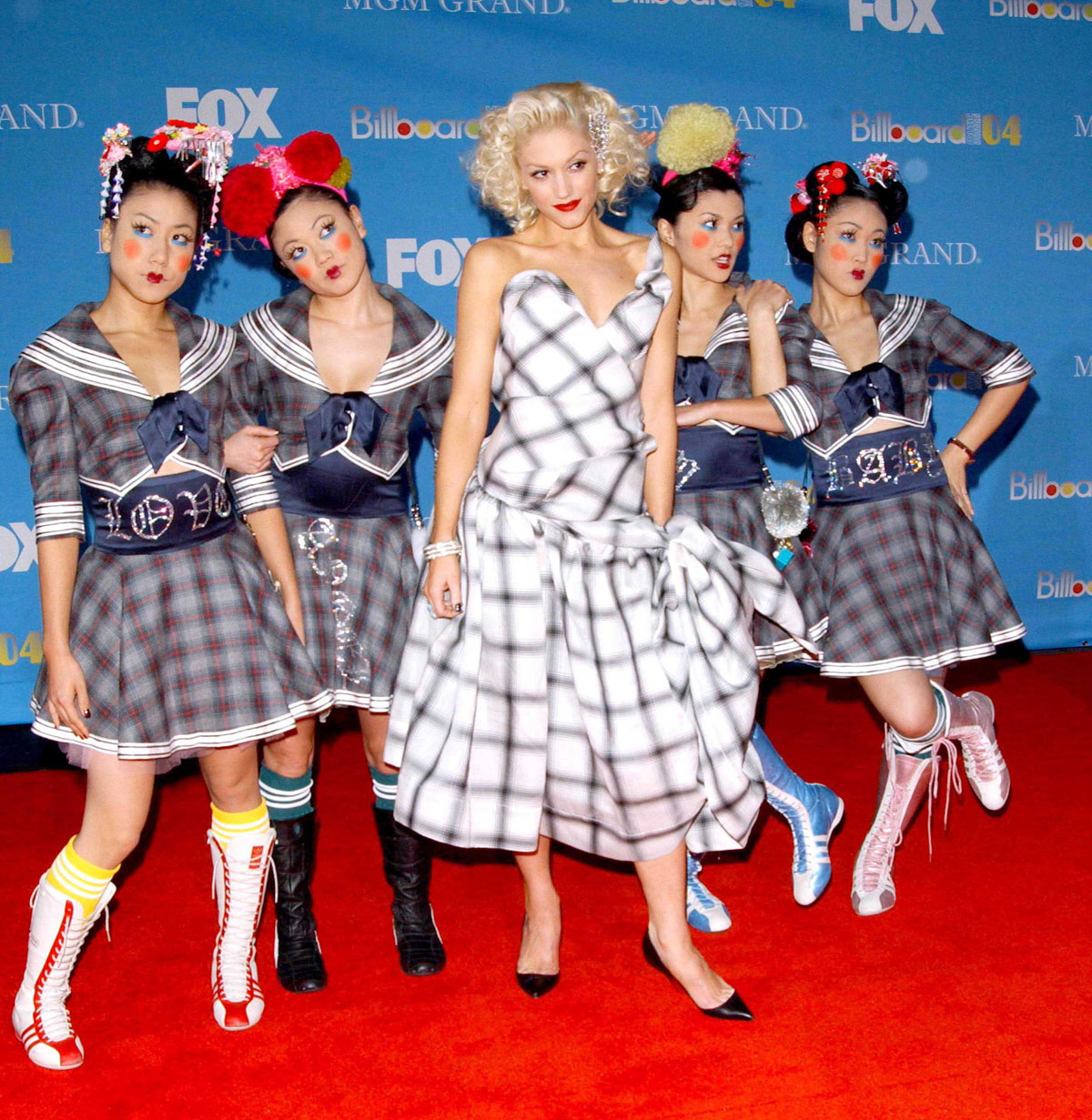 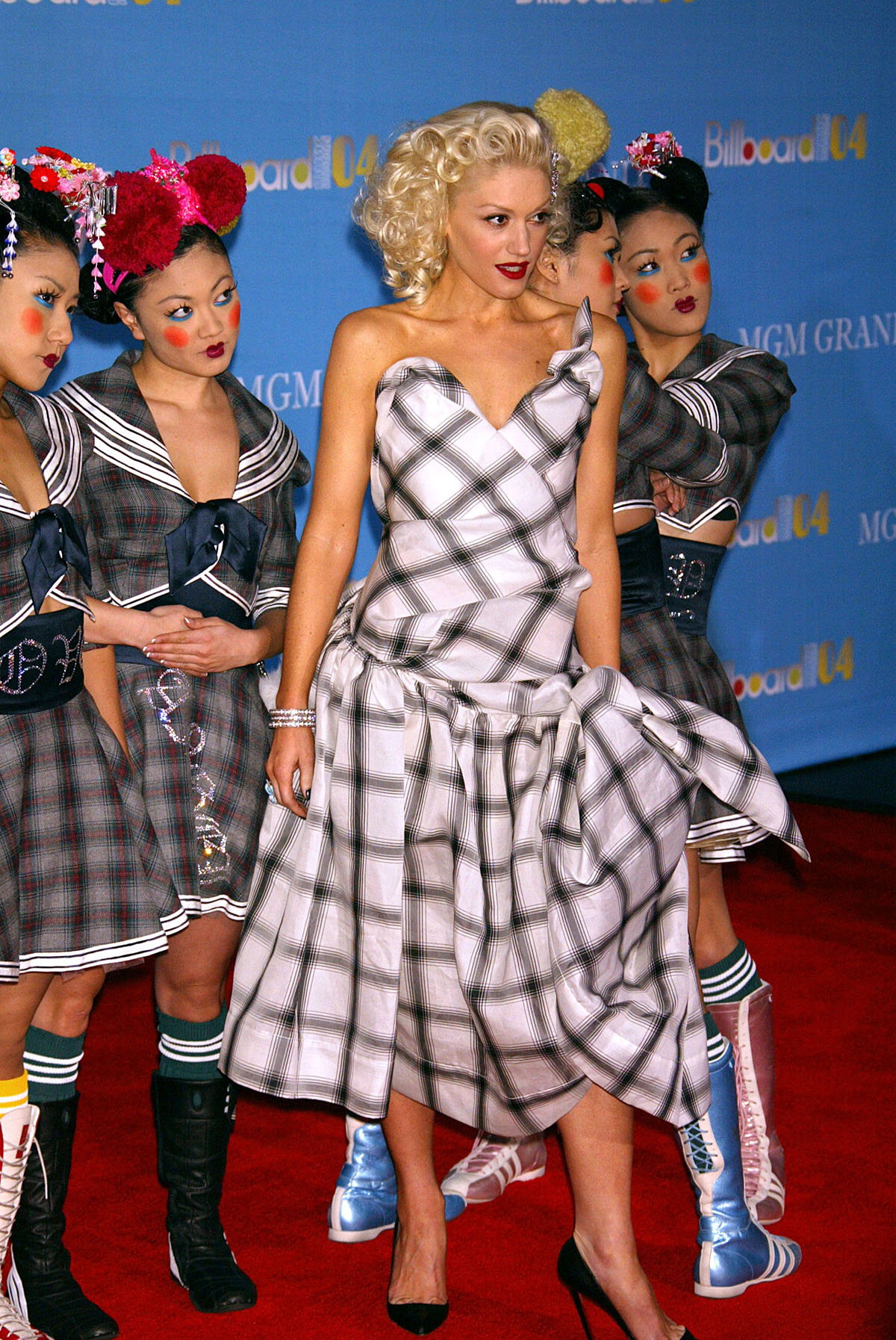 117 Responses to “Gwen Stefani on cultural appropriation: ‘All these rules are just dividing us more & more’”