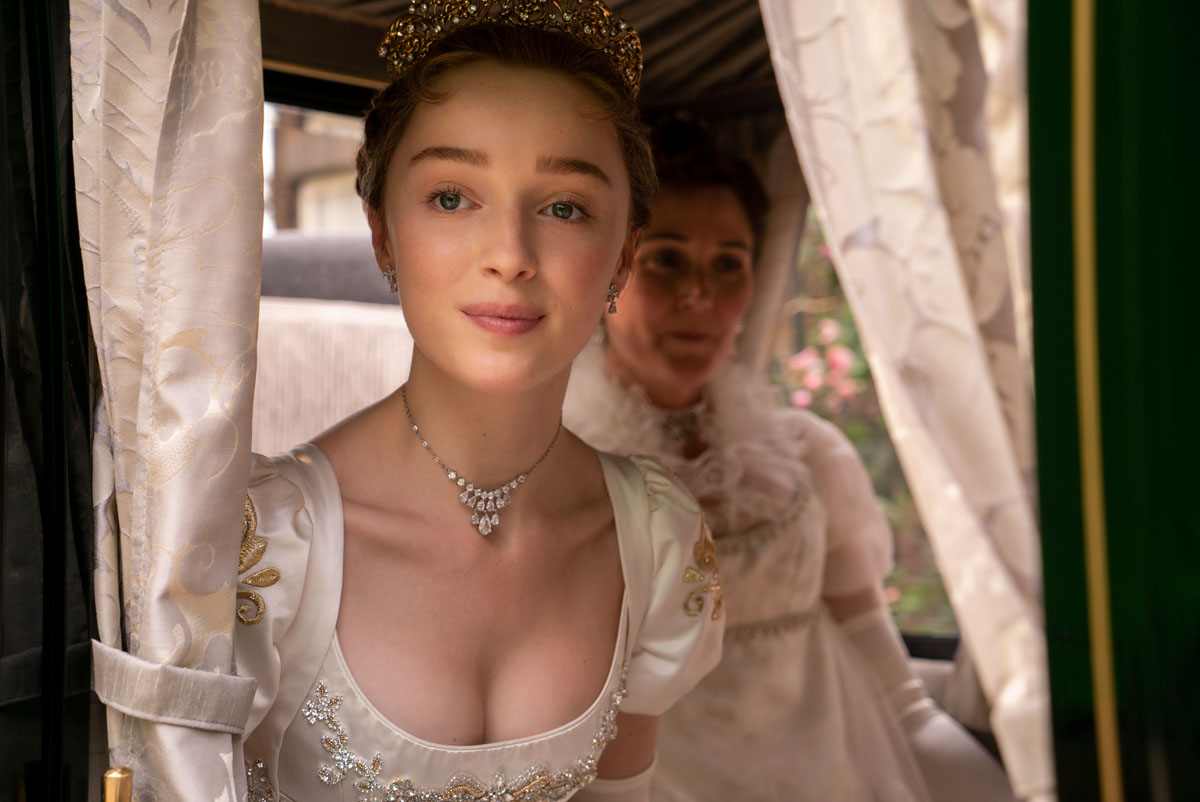 I recently wrote about how Laverne Cox almost quit acting to go to graduate school a few weeks before landing her life changing role on Orange is the New Black. Bridgerton star, Phoebe Dynevor, has a similar story. Phoebe appeared on The Tonight Show with Jimmy Fallon where she again talked about her “magical” chemistry with Rege-Jean Page (it was easy) and how she was about to throw in the towel on acting after living in L.A. for nine months. Phoebe said she had already purchased a plane ticket back home to the U.K. when she got the call to come read for Bridgerton. And she would have had to move her flight to make it to the read. Phoebe said Netflix called the next day and said they’d pay for her plane ticket to London because they needed her in rehearsals as she had landed the role. So she got to go home but on Netflix’s dime. Below are a few more highlights via People:

The actress went on to describe the moment she realized they had a good connection, which occurred during a dance rehearsal prior to filming the first season.

“We both had dance rehearsals together, and we were both kind of nervous about the dancing part. I remember we had a few rehearsals and one of them got recorded so we got to watch it back and we were like, ‘Oh, eye contact really does a lot of the work,’ ” she said.

Following the release, Bridgerton’s immediate success was obvious, and it was later revealed to be Netflix’s “biggest show ever.” In the clip, Dynevor shared that she actually almost gave up her acting career prior to landing the role.

“I had been living in L.A. for about nine months, and I was kind of at that point where I was ready to go home, and sort of throw in the towel,” she told Fallon. “Then I got a call saying, ‘Can you come in and read with Regé next week?’ And I was like, ‘Oh God, well that’s annoying because I’ve got to move my flight,’ and I was like, ‘I hope it pays off.’ I didn’t think anything of it.”

She continued, “Then the next day they were like, ‘Netflix will pay for your flight back to London because you’ve got to be in rehearsals on Monday.’ So it did pay off.”

I loved how Phoebe fangirled over Lin Manuel Miranda and Jimmy Fallon at the beginning. It was so sweet to hear her say she is looking forward to In the Heights and how Hamilton got her and her family through lockdown. Anyways, poor Phoebe, she will forever be asked about her “chemistry” with Rege-Jean. You guys we are literally six months out from the debut of Bridgerton and cast members are STILL being asked about Rege-Jean Page and those sex scenes. This will continue happening until season two.

I love to read these stories about people who were about to give up on their dreams when an unexpected opportunity launching their career showed up. Phoebe could have easily turned down the offer but she followed that road to stardom. I am excited about season two of Bridgerton because I have a feeling that it will launch Jonathan Bailey and Simone Ashley’s careers. As for Phoebe, I am very happy she didn’t give up. I have enjoyed watching her play Daphne even though I believe Rege carried the bulk of the chemistry in the show. I look forward to seeing where Bridgerton will take her character and where Phoebe will ultimately take her career. In the meantime, I just may go and rewatch a few episodes of Bridgerton. All this talk about chemistry has gotten me a bit hot under the collar. 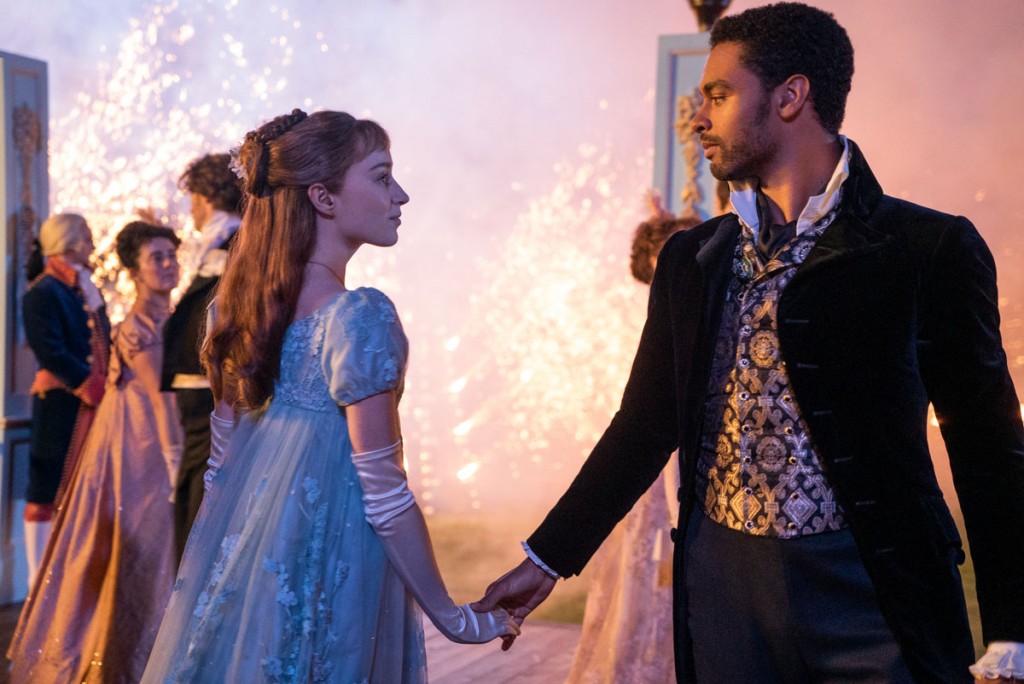