Salma Hayek: in menopause my boobs ‘have just kept growing’ 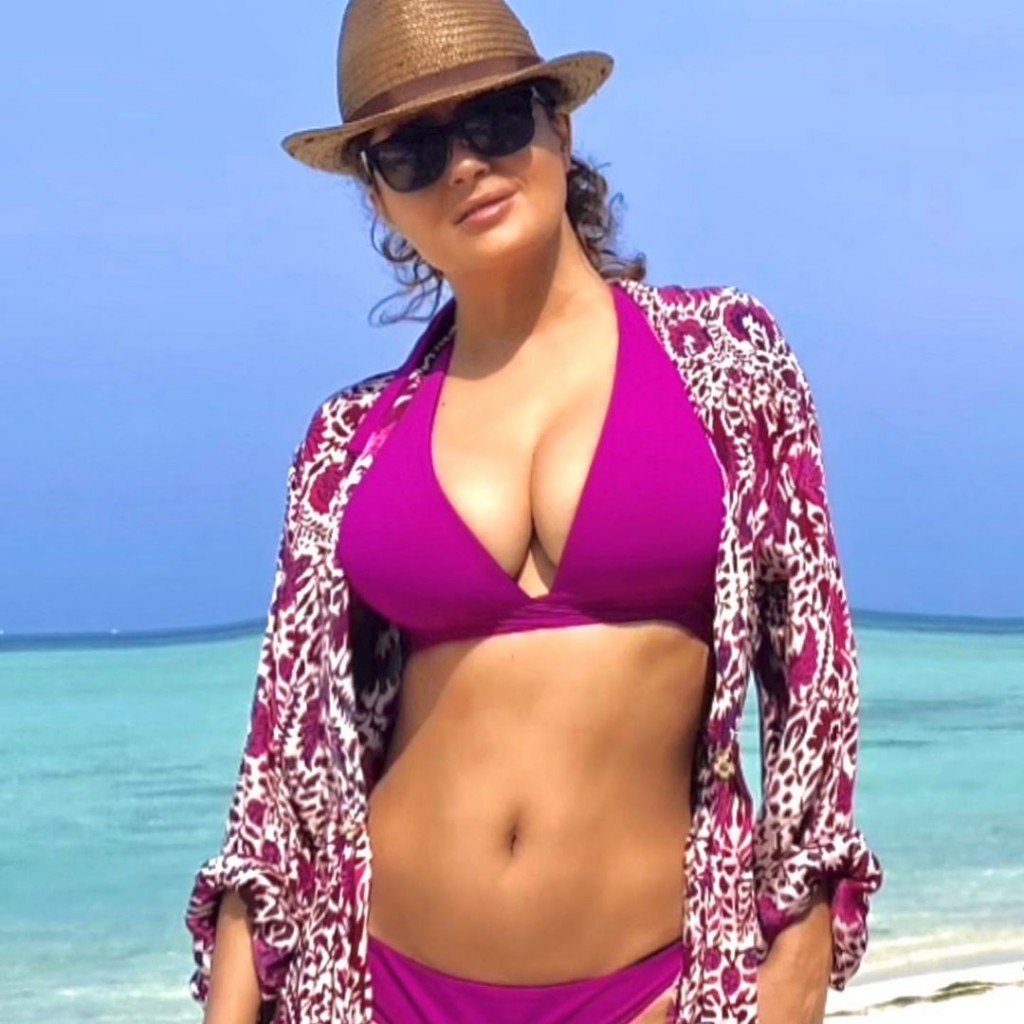 Salma Hayek is 54. I’ve always found her beautiful and every time I see her, she looks even more amazing. Salma recently told Jada Pinkett Smith during her episode on Red Table Talk that she’s having some unexpected symptoms to menopause – an even more curvaceous body. Among the many things the doctors said might happen as she entered this next phase of female empowerment, like gaining weight, hair growth in new and unwanted areas and irritability, the one thing they didn’t mention was her breasts growing. Salma said her boobs keep getting bigger and bigger and don’t show signs of slowing down.

When Salma Hayek first went to the doctor about starting to see signs of menopause, she was shocked by the potential symptoms they listed off.

“The questions were terrifying,” the 54-year-old actress said on the latest episode of Red Table Talk. “They were asking me things like, ‘Are your ears growing and there’s hair growing out of them? Are you growing a mustache and a beard? Are you easily irritable? Are you crying for no reason? Are you gaining a lot of weight really fast that doesn’t go away no matter what you do? Are you shrinking?’ And then they ask you, ‘Is your vagina dry?’ ”

But the symptom that surprised Hayek the most once she started going through menopause was one they hadn’t mentioned – that her breasts would get larger.

Hayek said that over the years, as her weight fluctuated through her pregnancy and now menopause, people have thought that she had plastic surgery.

“A lot of people said that I had breast augmentation; I don’t blame them! My boobs were smaller! So was the rest of my body,” she said. “But they have just kept growing. Many, many sizes. And my back has been really suffering from it. And not a lot of people talk about this.”

In addition to the monster boobs, Salma’s also getting hot flashes, and they aren’t her favorite. She said she breathes through them and reminds herself they won’t last, but acknowledges they suck. I love that Salma doesn’t fault anyone for accusing her of having a boob job. She’s like, “I would too, have you seen these things?” But that’s too bad she’s having back issues because of the extra weight in her chest. I know a few women with large chests who’ve suffered for years with back issues.

I haven’t watched the whole Red Table episode, so I don’t know how many of the other symptoms Salma’s experienced. My boobs are also getting bigger, although they seem to fluctuate. Some days they’re massive and some days less so. I’m definitely familiar with mood swings (as is my family) and I have had to pluck my mustache more than ever. I assume my weight gain is peri/menopause related but it could also be lockdown/stress. But I haven’t shrunk yet! OMG please don’t let me shrink. I called menopause ‘female empowerment’ above and I do mean that because our bodies are truly amazing, as is their evolution over our lives. But seriously, the sh*t we have to put up with while it’s evolving. If I waded through all that only to end up shrinking now, I swear to gawd, y’all have just witnessed my villainess origin story. 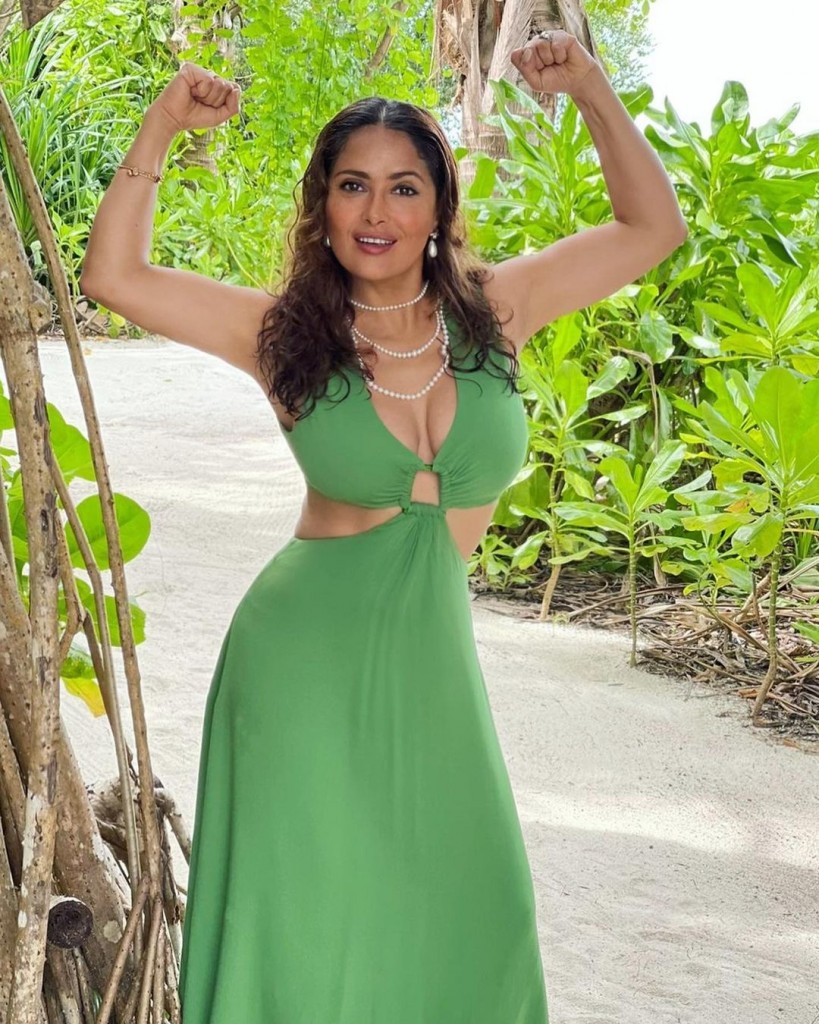 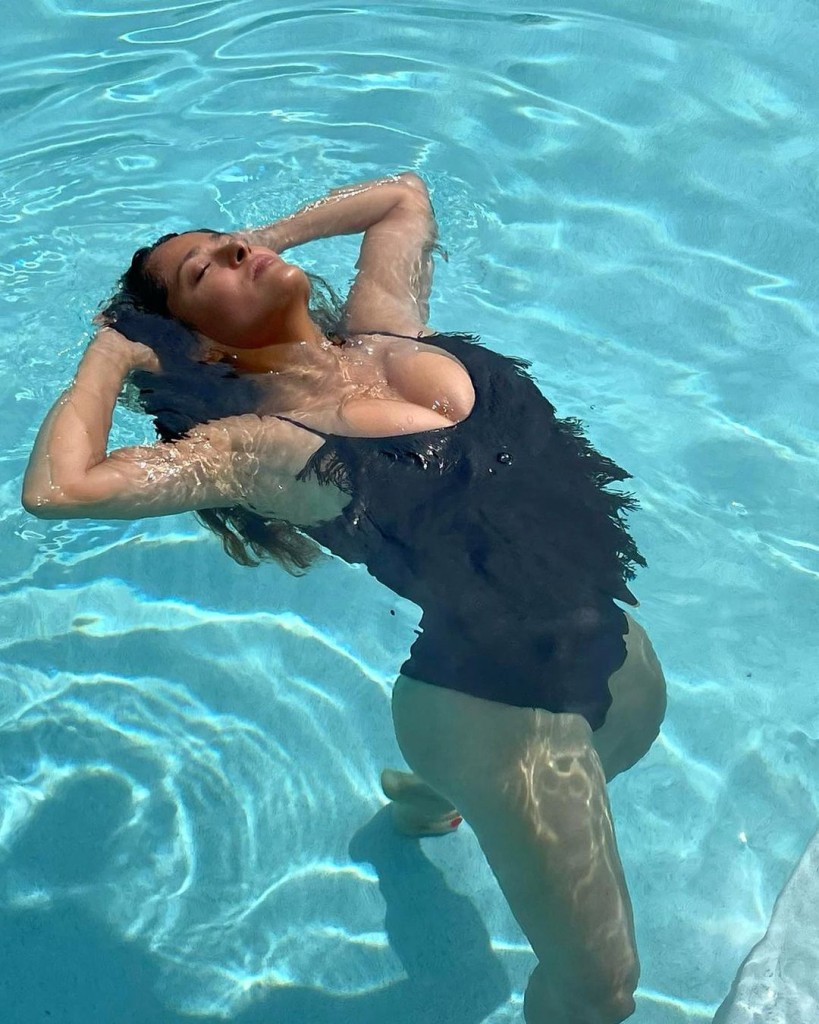 63 Responses to “Salma Hayek: in menopause my boobs ‘have just kept growing’”