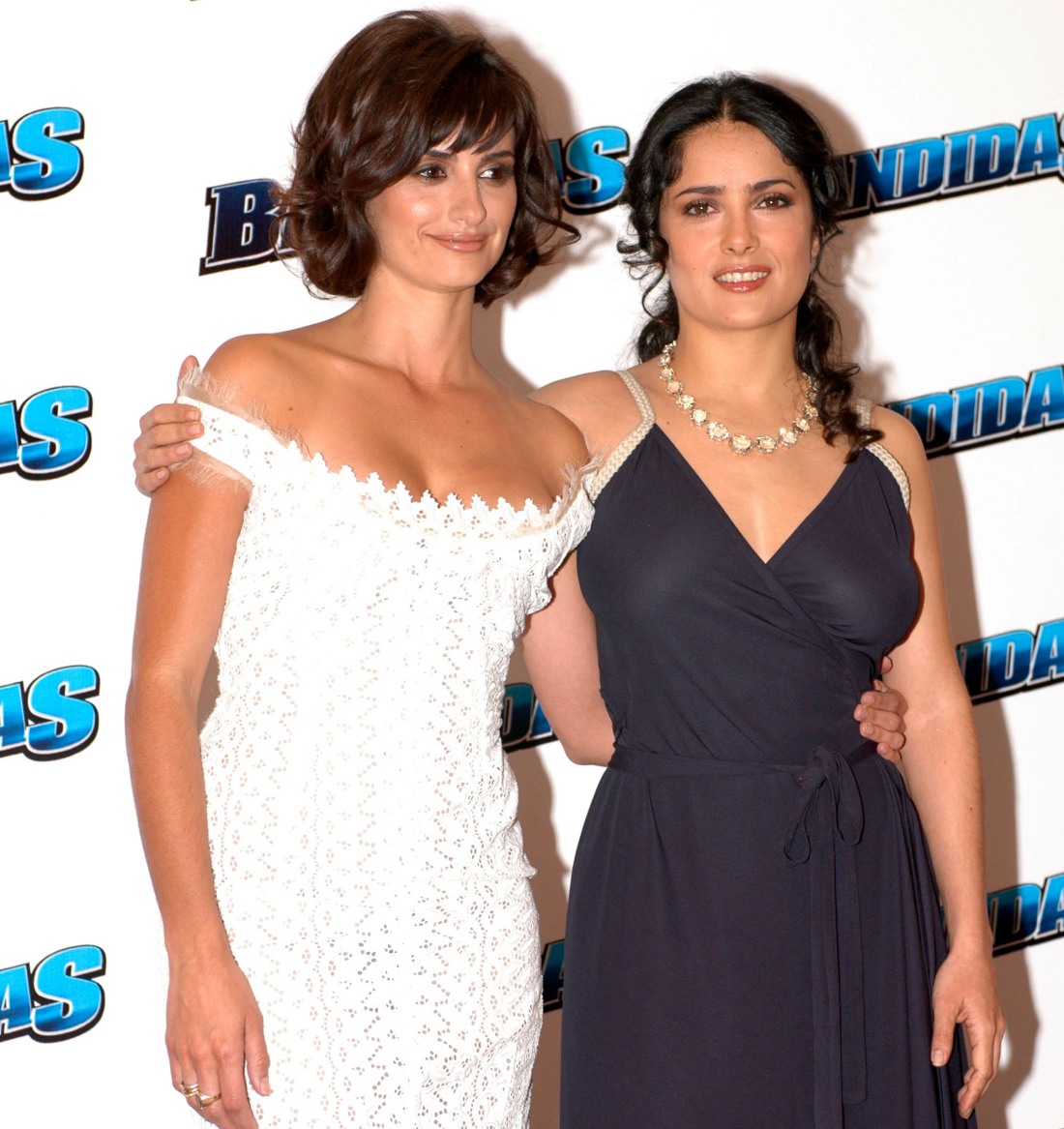 In late 2017, Salma Hayek wrote a New York Times op-ed about what Harvey Weinstein had done to her, how he degraded her, harassed her and forced her to do a sex scene in Frida and how he treated her like sh-t. Salma was one of dozens of women telling their stories about Weinstein and other predators at the time. Some of those survivors still get questions about Weinstein, but it feels like Salma is one of the few still talking about at length. She’s currently promoting an assortment of new films and projects, and she ended up chatting about Weinstein again, and trying to explain why she never told her girlfriends about her experiences with Weinstein at the time. Her explanation is… odd.

Apparently Penelope Cruz was mad that Hayek never said anything: “Some people were very angry at me, like Penélope [Cruz], but I was protecting her. I kept my eye on their interaction and he never went for her. They [Miramax] were making the best movies. She didn’t have my problem, and if I told her it would have affected her choices of things that would have been good for her career.” Hayek has previously shared that she hadn’t told Cruz — who was “really angry” with her — because “I didn’t realize Harvey was doing it to other people, too, so I thought, ‘Why dump your stuff on someone and take away from their professional relationship with him?’ At that time Harvey was doing the best movies.”

The trauma of what Weinstein did: “Suddenly the trauma came back. I had thought that it was completely healed, but it was just hiding. It came back, out of nowhere, and it took me a long time to understand how I had to be with it.” Of her 2017 op-ed she added, “Before I wrote the piece I thought I had survived that brilliantly and it was done with. To the point that I could see him and smile and pretend that everything was OK. I had held my own, I was really strong. He even said that me and Julie Taymor [Frida’s director] were the biggest ball-busters he has ever encountered. I took that as a compliment.

And in the end: “He didn’t get what he wanted from me and I made the film that was so important, so meaningful to me, to my kind, and when I say my kind I don’t just mean Mexicans, I mean to my kind of woman. Frida is a woman who said, I am not a woman who is going to be like anyone else, I am going to fight for my individuality.”

The other Hollywood problem: “This problem, it’s not only about sexual harassment, it is about sexism, the constant undermining, and the desperation to please and prove ourselves. So I was like, no way, I am going to change it because, look, I am a lot more than what you see.”

I understand that the trauma of it was difficult to process and Salma likely did what so many women do when they’re harassed, hurt and degraded: she siloed those feelings and tried to rationalize it away. That would be a better explanation for her to tell Penelope Cruz as well – “I didn’t know what I was doing, I was still processing what happened and I was rationalizing it away.” Because the whole idea of “I didn’t tell you but I kept my eye on how he treated you” is not great. Penelope Cruz is a grown woman who could make her own choices about who to work with. And Salma wasn’t around Penelope every single time Cruz was with Weinstein either. I do feel like Penelope has every right to be kind of pissed off at Salma’s explanation. 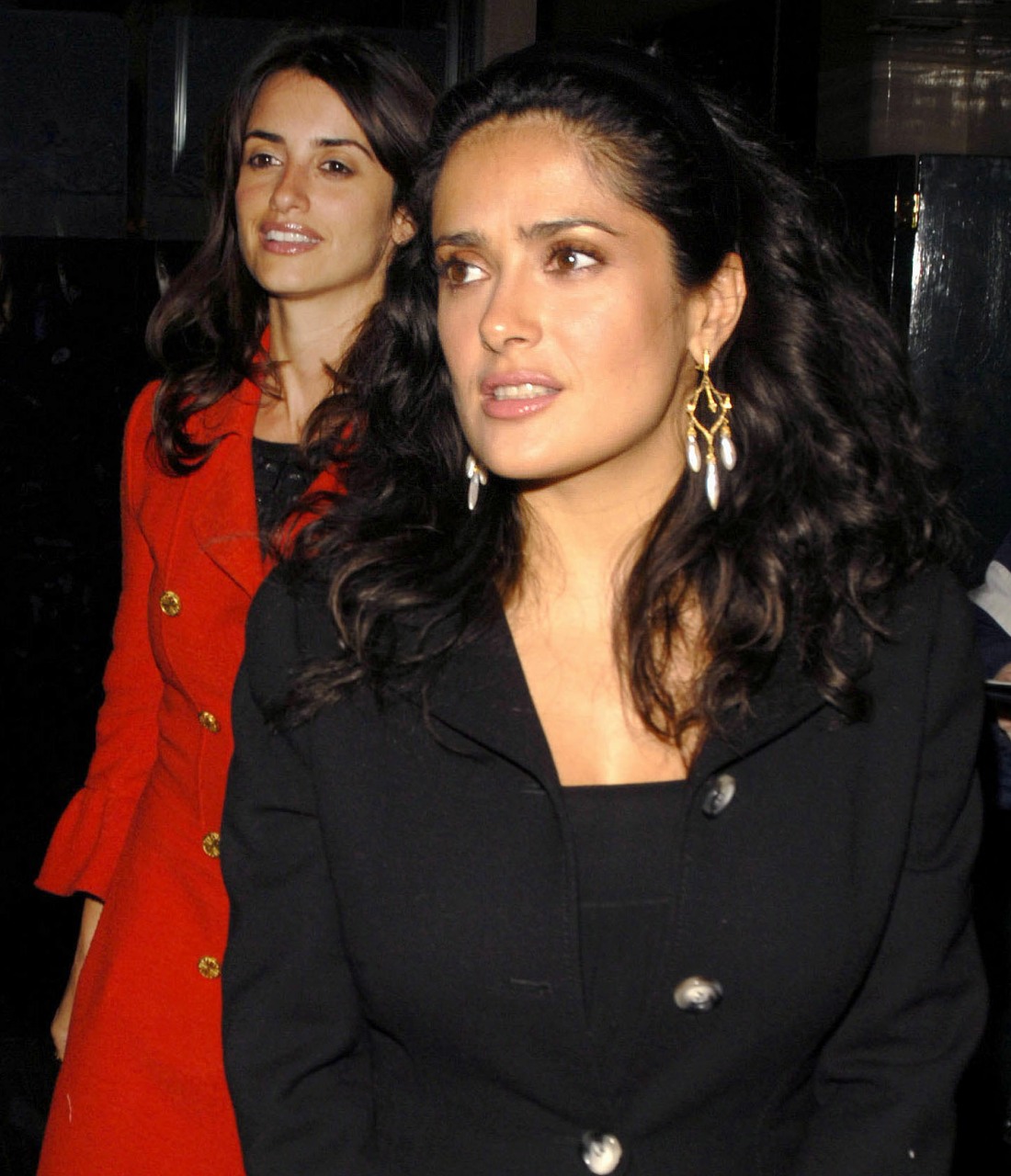