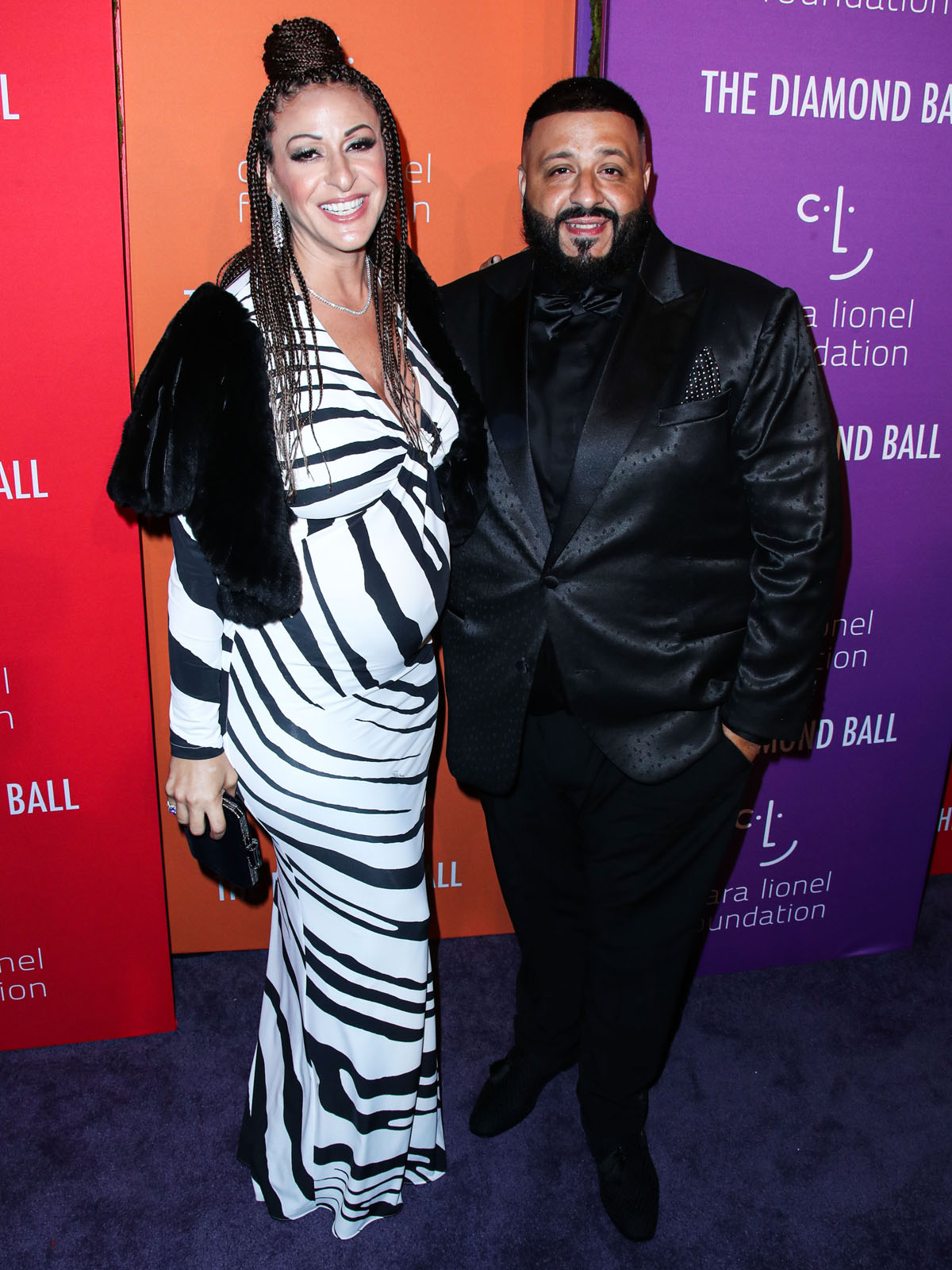 DJ Khaled was a guest on the Moms Like Us podcast from US Magazine. He was holding his phone as the camera when he talked to them on his couch. It was distracting. Even if you’re on Facetime you can use a Mac laptop or put your phone on a stand. (I’m talking about celebrities doing interviews, not a casual talk with a friend.) Khaled was asked about his wife, Nicole Tuck, whom he’s been with for 11 years. Nicole and Khaled have two sons together: Asahd, 4, and Aalam, 18 months. He gushed about her and talked about the things he does for her, which included taking the kids to camp for a couple of days, a task he found hard. (We know what it does not include.) When he was asked about how they keep the spark alive he says it’s easy because he’s so lovable.

On his wife’s self care
She used to get one massage [a week], now she’s doing two to three a day. I want to make sure she’s good before [we have another child]. We’re ready.

On how they keep the romance alive
I mean this in the most humblest way. I’m so beautiful, you know what I’m saying? Every time she looks at me she falls in love. And when I look at her I fall in love. The exciting thing about our relationship is that it’s never a dull moment. If I get her where she’s smiling… it’s like fireworks. She keeps me grounded too. It’s truly unbelievable.

On what he does for her
She just got in taking my son to camp and she was taking care of stuff around the house [all morning]. I’m realizing all the stuff she did. So I got some flowers and made an award, mother award of the century. Sometimes you sit back and realize they do a lot. I took [our son to camp] for like three days. She does it every day. My third day [I took a nap] in the afternoon. I never do that. You see those things and you appreciate it on another level. It’s a nonstop job when you have kids.

After that the US Weekly podcasters wondered how Nicole has time to get two to three massages a day, which I’m wondering about too. I’m sure he was full of it and that she gets maybe one a day, which is still awesome. What does it say about him that his go-to response as to how they keep the romance alive is that it’s easy because he’s so beautiful? That’s so silly, but he did say it’s reciprocal and that he sees and appreciates everything she does. At least he tried to help! Maybe my standards are low, but he’s a celebrity.