Halsey: ‘I love Target. I love Marshall’s. I love Panera Bread. I love the suburbs’ 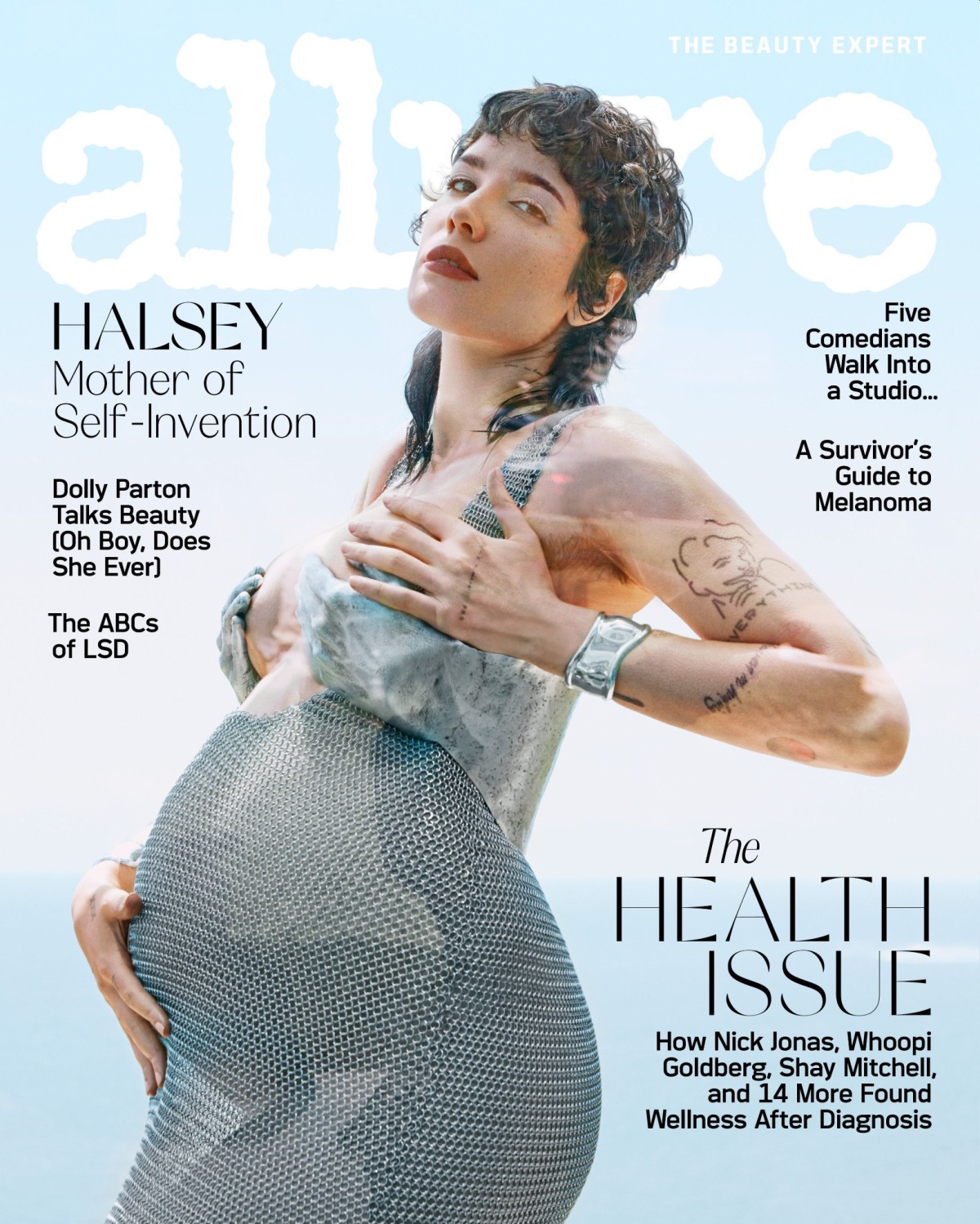 Halsey used to be “a lot.” Every interview felt like a tear-soaked therapy session, every mood felt extreme, every feeling needed to be immediately validated by the world. But in recent years, they’ve grown up a lot, which is a weird thing to say about a 26-year-old. It’s true though. My old-lady advice to the youths is generally the same: go away for a year or two, figure out your own sh-t, understand that you don’t have to be in the public eye incessantly. Few of the young celebrities understand that though. Halsey understood it. They went away, worked on their sh-t, began living a much healthier life, found someone who loves them and got pregnant. This interview obviously took place before Halsey gave birth, so they talk a lot about their first pregnancy and all of that. Halsey is really funny and real. Some highlights:

She isn’t taking her prenatal vitamins: “I’m going to tell you something that’s going to get me f–king slaughtered on the internet, but I’m going to go ahead and say it. I didn’t take my prenatals. I took them the first two months, and then the vomiting got really bad, and I had to make a choice between taking my prenatals and throwing up or maintaining the nutrients I did manage to eat that day. I was on so many medications — Diclegis and Zofran and all these anti-nausea, anti-vomiting medications. I went to my doctor, crying my eyes out, and I was like, ‘I haven’t taken my prenatals in six weeks. Is my baby okay?’ I was so angry with myself. You have one f–king job! One job! Take your prenatals! Your body’s doing everything else, you can’t even do that. I felt like such a failure.”

Halsey thought she was going to have such an inspo pregnancy: “When this pregnancy started, I was like, ‘You’re going to do yoga and eat flaxseed. You’re going to use essential oils and hypnobirth and meditate and f–king journal every single day.’ I have done none of those things. Zero. None. I eat cookies and had a bagel every single day for the first five months of my pregnancy.”

Loving a low-key middle-class life: “My favorite place is Target. I love Target. I love Marshall’s. I love Panera Bread. I love the suburbs. It calms me down. You have to remember, this is what the world sees, right? I’m the tattooed rock star named Halsey, but growing up, I was a girl from New Jersey named Ashley. I had the most basic name. I lived in the most boring place. I felt really unremarkable. I graduated high school when I was 17 and we moved to New York, and that’s when I was like, I don’t want to be one of seven Ashleys in my class. I went to a hibachi restaurant the other night because I was craving fried rice. We walked in and it’s dimly lit, there’s no one there, it’s in a strip mall, and I’m drinking, like, a Shirley Temple. And I was like, ‘I feel so calm right now.’ It felt like I was in New Jersey again.”

The boyfriend/partner Alev Aydin: “Nobody knew I was dating someone. As if people were entitled to an update, like, ‘I’ve met someone, we’re going on dates, it’s getting serious, they’ve moved in, we’re planning a child, we are having a baby, we had a baby, this is the gender….’ I signed up to give my whole life away; my loved ones didn’t.”

Using the pronouns she/they: “I’d be staring at the ceiling, going, ‘What does this mean?’ I don’t spend that time questioning or wondering anymore. The whole thing to remember about pronouns and identities is that they’re not meant for other people. They’re meant for you to help better understand yourself.”

Being biracial and “white passing.” “A lot of people try to write off a lot of my experiences because I present white. No matter how many tears I’ve shed because I’m not connecting with my family or my culture in a way that I would like too, or because the waitress thinks I’m the babysitter when I go out with my family, none of that would compare to the tears that I would shed for presenting phenotypically Black and the disadvantages and the violence that I would face because of that.”

Helping their child understand where they came from: “I’m biracial, Alev is Middle Eastern, and our child is going to have a Black grandfather and a Turkish grandfather — there’s Christmas and there’s Ramadan. They’re going to grow up in this kind of multicultural home and I have new challenges because of that.”

I loved what Halsey said about feeling calm in places which remind them of New Jersey – the strip malls, the chain restaurants, Target and Marshall’s. People look down their noses at that kind of thing but guess what? That’s how a lot of people live and it is relaxing to a lot of us. As for not taking their prenatals, Halsey reveals in the interview that their doctor did a full checkup and they was fine. “Not taking prenatals” didn’t hurt the baby. And I love what Halsey says about eating cookies and bagels too. They sounds like they’ve had a really lowkey pregnancy.

Halsey also complained about this cover interview after it was published, arguing that while she/they use she/they pronouns, Allure never used “they” in the article. Halsey said they would not speak to journalists from here on out.

29 Responses to “Halsey: ‘I love Target. I love Marshall’s. I love Panera Bread. I love the suburbs’”